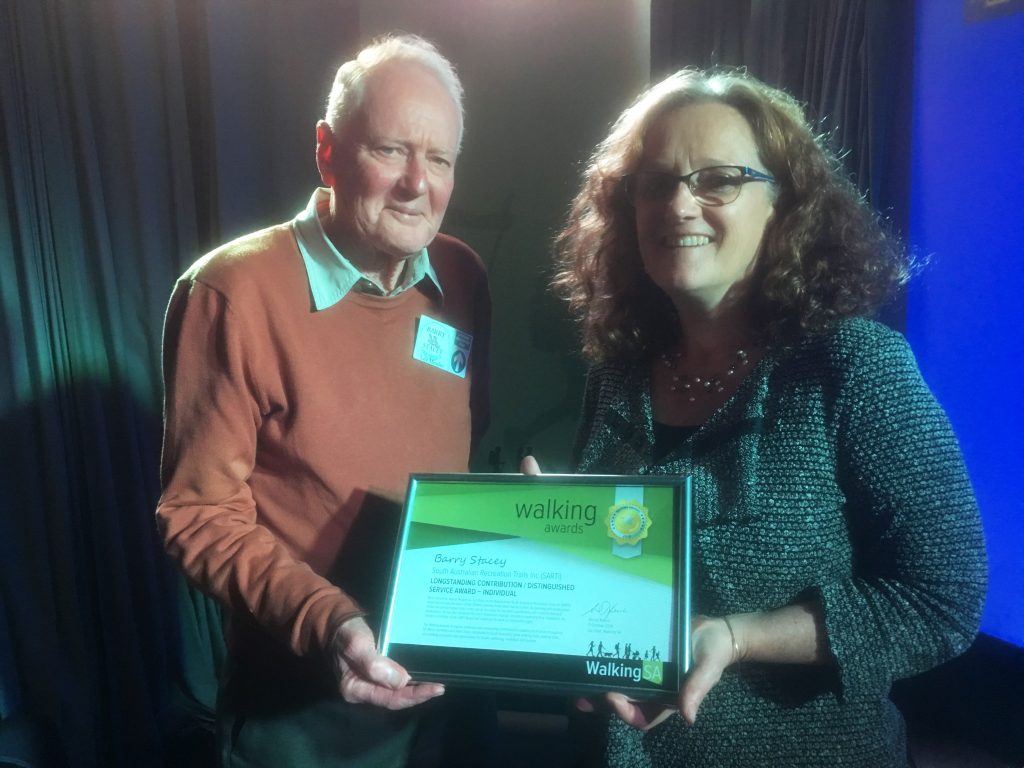 In 2002, Murray Bridge local Barry Stacey who had recently retired from full time work was approached to take over the job as South Australian Recreation Trails Inc (SARTI) secretary. Since 1999 SARTI has been working on bringing the vision of the 350km Lavender Federation Trail to fruition. Barry’s background as a member of several volunteer organizations and wide experience in developing constitutions for organizations and love of walking made Barry an ideal candidate.

The secretary’s job increased greatly as the trail moved from Murray Bridge Council into Mid Murray then Barossa Council controlled areas. Barry’s workload increased with the many procedures required such as drafting letters for councils to notify landowners adjacent to the route of the trail and contacting and coordinating meetings from any resulting queries. SARTI Board meetings also increased in frequency adding to the workload recording proceeding and decisions of the Board.

He also took on the job of designing interpretive signs placed at major access points at loop and spur trails in nearby towns that connected to the main Lavender Federation Trail. This required permission from the relevant council and installation by their workforce. Eventually, he also took on the task authorizing manufacture of these signs and transport from the manufacturer to the relevant area for installation.

Barry coordinated many aspects of the planning of the openings including inviting local landowners along the new section of trail. At the 2016 AGM, Barry resigned as secretary after almost 14 years as secretary. He remains a member of the SARTI Board and continued his work on interpretive sign design and coordinating their manufacture and transport to the onsite location for erection.