Implementation and commitment to the Grange Lakes Shared Use Path

The City of Charles Sturt is demonstrating an ongoing commitment to improving walking infrastructure in the delivery of the Grange Lakes Shared Use Path. The strategic vision for this path is to create links between recreational and historic sites, public transport and other walking and cycling routes. The route currently connects West Lakes to Henley Beach with future stages envisaged as far as the River Torrens Linear Park thus providing access to the City and the Coast.

In the 2009/10 financial year, the City of Charles Sturt began the first stage of this strategic walking route. Along the verge of Sportsmans Drive and Brebner Drive in West Lakes, shared use paths were constructed. Since, then, 7 further stages have been completed and we are continuing to seek funding for future stages.

Furthering the Objectives of Walking SA

This path provides opportunities for people to walk, predominately through a scenic landscape, whether it be a 1 hour walk near their home or to a public transport station, or a longer walk to a local attraction or park. They could even spend a day walking the route without needing to first travel in the car to a national park.

Enhancing the Development of Walking in SA

This new path infrastructure provides a safe, maintained, well lit walking route through local reserves and along local roads. Also included are crossing facilities where the route traverses roads. This improves access for walkers (many with dogs), people on bicycles, children, parents with prams, grandparents and the mobility impaired. 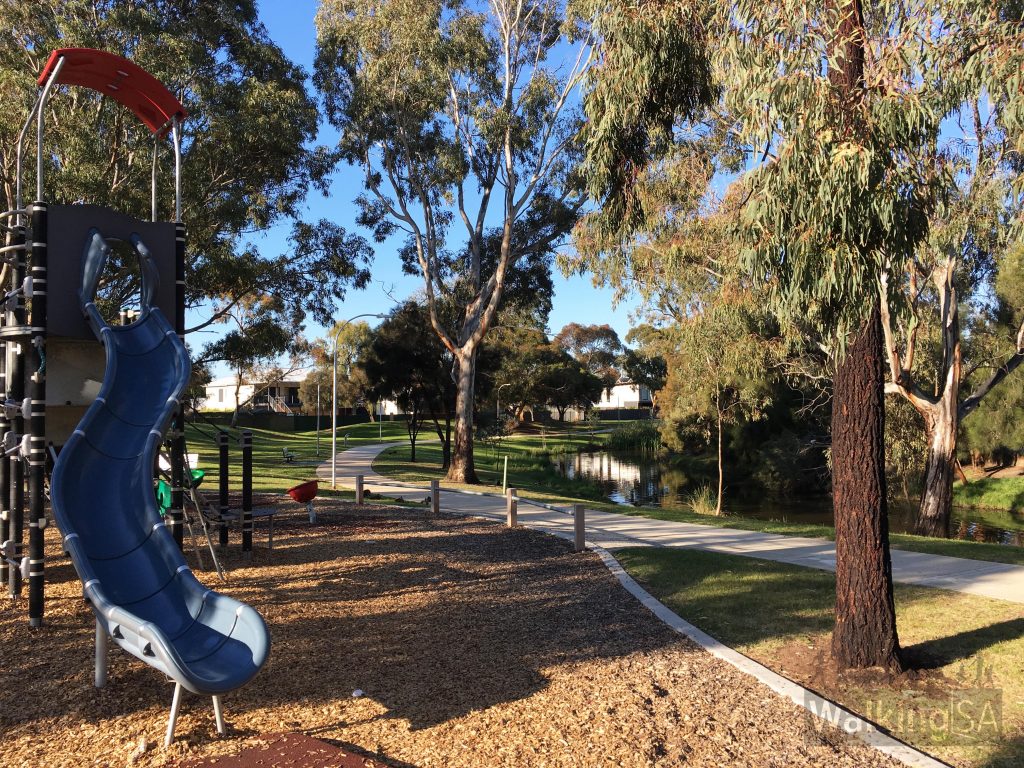 The Grange Lakes path is accessible to everybody. It aims to provide recreational benefits to not only those who live within walking distance of this path, but also visitors. The route provides locals and visitors with opportunities for physical exercise and enjoyment of green space, playgrounds, waterways and local history. It hopes to bring more people to this wonderful part of SA.

The section most recently completed was in Colin Sellars Reserve (between Grange Road and Marlborough Street). Colin Sellars, after whom the reserve was named, was a well-respected and valued employee of 25 years at the Henley & Grange Council (which later became the City of Charles Sturt) who passed away in 1997. The reserve was named in his honour.

The new path has been well received by the local community as well as the relatives of Collin Sellars.