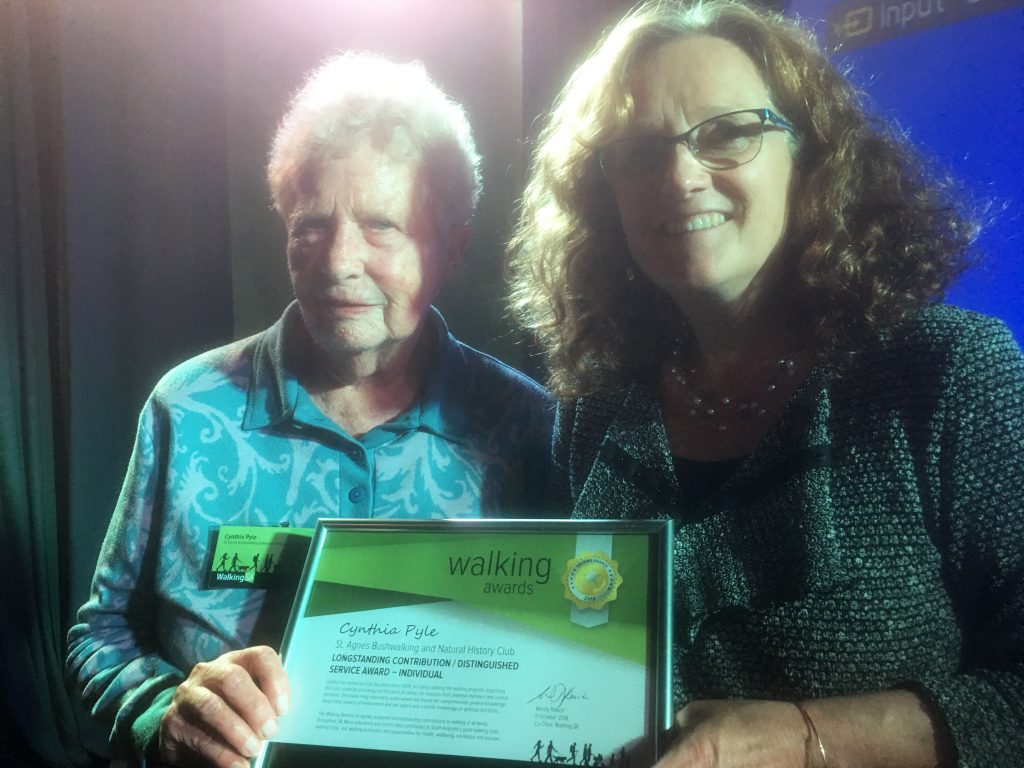 For over 20 years Cynthia Pyle has been a member of St Agnes Bushwalking and Natural History Club, and since 2004 has volunteered in the role of club secretary. In her role she has been collating the walking program, organises the Club’s publicity and is the first point of contact for enquires from potential members.

A retired secondary school teacher, current lecturer in geology at U3A and a keen member of Birds SA, Cynthia leads many interesting walks where she shares her comprehensive general knowledge about many aspects of environment and her expert and scientific knowledge on geology and birds which makes her an exceptional leader in these fields on her many walks.

Cynthia is a passionate supporter of the objectives of Walking SA and the continued promotion of bushwalking as a recreational pursuit for health and wellbeing.