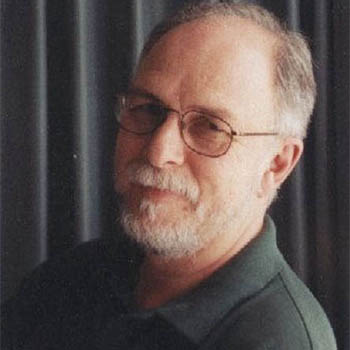 Julian has a long history of advocating walking as a beneficial healthy activity. He has always walked the talk. Julian walked with Keep Fit SA walking group prior to doing first Heysen Trail traverse in the early 90s. He joined the Friends of the Heysen Trail (the Friends) in 1991 and completed the Heysen Trail prior to 2000. Julian can easily account for four Heysen Trail End to End completions (at 1200km each), yet it’s probably closer to 6 (but he feels that may be considered boasting!) Julian has also walked extensively overseas in many countries, showing off the Heysen Trail logo and talking up South Australia as a walking destination. He remains an active walker, and his exuberant passion inspires other to get involved. Julian has been continually involved in the management of the Friends since 1997. He has volunteered in the Friends Office since 2012.

Julian (with David Beaton) inaugurated, planned and lead the first End to End group, which commenced in 2000. This programme of walks enables members to hike the 1200km Heysen Trail over 5 walk seasons. He was also a leader with End to End groups 3 and 5. This concept now has End to End group 11 walking, with 6 groups of 40 to 70 walkers on the Heysen Trail this year. The programme has been a driving force to grow the Friends membership and provide resources (human and financial) to develop and promote the Heysen Trail. Julian has been involved in many Walk Leader training sessions, imparting his experience to others.

Walkability is embedded in Campbelltown City Council‘s Environmental Management Plan (2020), one of four strategic plans of Council, as part of sustainable management and enjoyment of Campbelltown’s natural environment. Council is committed to improving the connection of existing ...

The City of Salisbury were one of the first Local Government areas in SA to register with the Heart Foundation’s Just Walk It (now known as Heart Foundation Walking) program in 2005. Jim Binder was identified as the Local Coordinator and established numerous groups across the council ...

The City of Mitcham is setting a South Australian benchmark for purpose built, sustainable trail development in local government reserves. Open Space within metropolitan areas is limited and reserves on the perimeter of urban areas are often used for informal sporting pursuits. The growing ...

The District Council of Barunga West is part of a region known for its high level of community connectedness. However, some of the challenges facing the region include older people living in smaller communities, who are at risk of isolation and with reduced access to infrastructure and ...

The City of Mount Gambier has recently completed a large scale walking project, developing the Mount Gambier Rail Trail. This has consisted of 3.1km of derelict rail corridor being transformed into a shared walking and cycling path from the west to east across Mount Gambier. The 3m wide asphalt ...

Keith started the Adelaide Happy Wanderers together with Bart van der Wel in 1982. His introduction to bushwalking was originally at Mannum Area School in the early 1960s. Keith was in active service during the Vietnam War. This experience would have prepared him for the hardships associated ...

David joined the Retired Teachers Association Walking Group in 1994 at a time when his eyesight was failing due to Macular Degeneration. He also became a member of ARPA Bushwalkers about the same time and despite his disability has contributed to both groups through the planning and leading of ...

Michelle joined the Heart Foundation in 2004 as the manager of “Just Walk It” a South Australian community walking program that assisted councils, health services and community organisations to establish free walking programs in their community. Due to Michelle’s foresight and the leadership of ...

Friends of the Heysen Trail

Colin joined the Friends of the Heysen Trail (the Friends) in 1989. Colin has given many years to assisting the management of the Friends, both with leading walks and trail development and maintenance. Not only management, Colin is very hands on, being one to lead the way. The Friends are very ...

In 1991 Bill became involved in the establishment of an organisation of bushwalking clubs as the representative of Adelaide Bushwalkers, of which he had been a member since 1975. He became the foundation president of the new bushwalking federation (now Walking SA), and served two full terms of ...