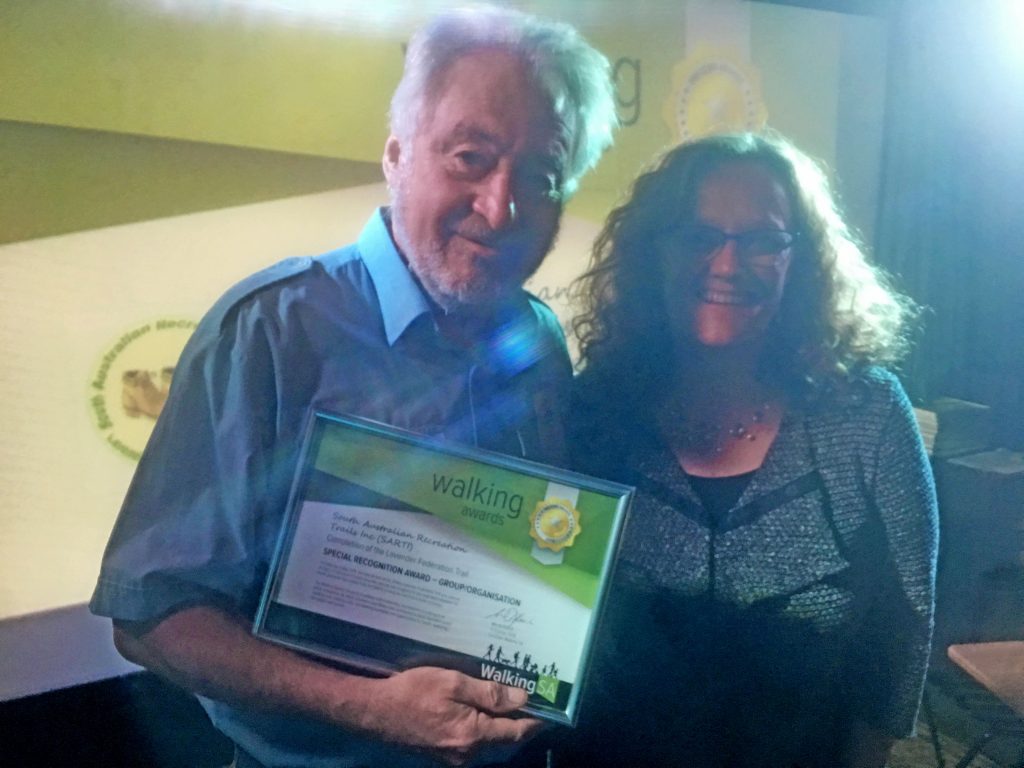 On Saturday 5th May 2018, the final section of the 350km Lavender Federation Trail was opened at Clare. It had taken 21 years since the concept was imagined for the dedicated volunteers of South Australian Recreation Trails Inc (SARTI) to bring the trail from a vision to reality.

The trail was a vision of Terry Lavender OAM, regarded as the “Father of the Heysen Trail”, who in 1997 was inspired by the countryside on the eastern side of the Mt Lofty Ranges. Together with others, the idea of a trail between Murray Bridge and Clare was developed.

The trail was routed as near as practical to smaller rural towns providing the towns with an economic benefit.