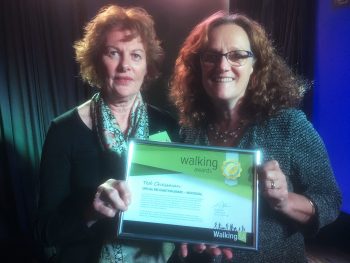 As a trained and experienced walk leader Ted has for almost 30 years been involved in establishing walking groups. For 29 years Ted led 2 walks a week with the Keep Fit SA campaign (1989-1998) and later the Keep Walking group. He led walks of varying grades of difficulty, which enabled people to join easier walks and progress to more difficult ones – walkers were often surprised at the improvements to their walking abilities and fitness. With Ted’s planning of the program and his awareness of each walker’s ability and his absolute confidence in them, the walk was always completed with a great deal of satisfaction.