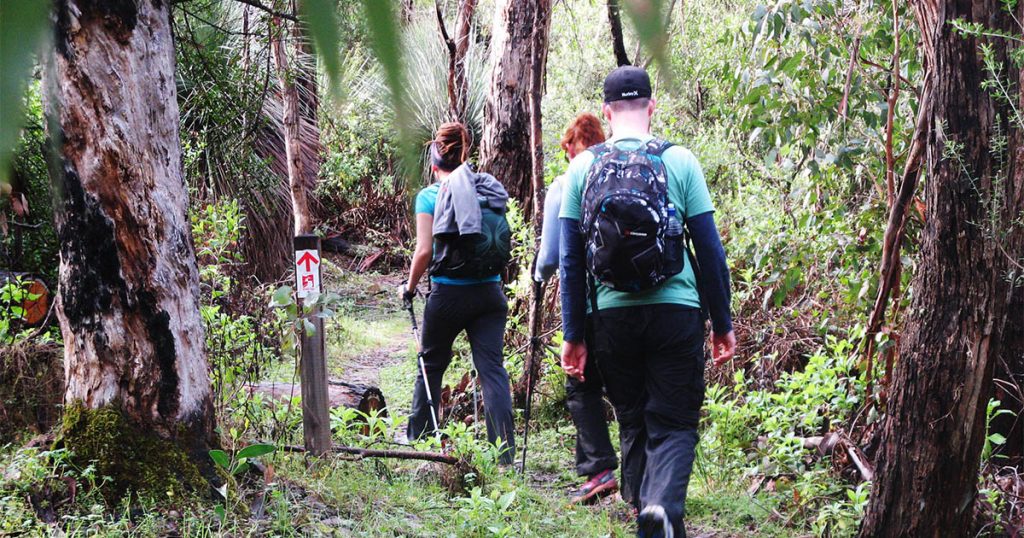 Easter is a perfect time to grab those shoes and explore some of our State on foot.

Travelling over Easter? Find walks near where you’ll be:

Looking for somewhere to explore near home? Review our themed shortlists of walks such as: 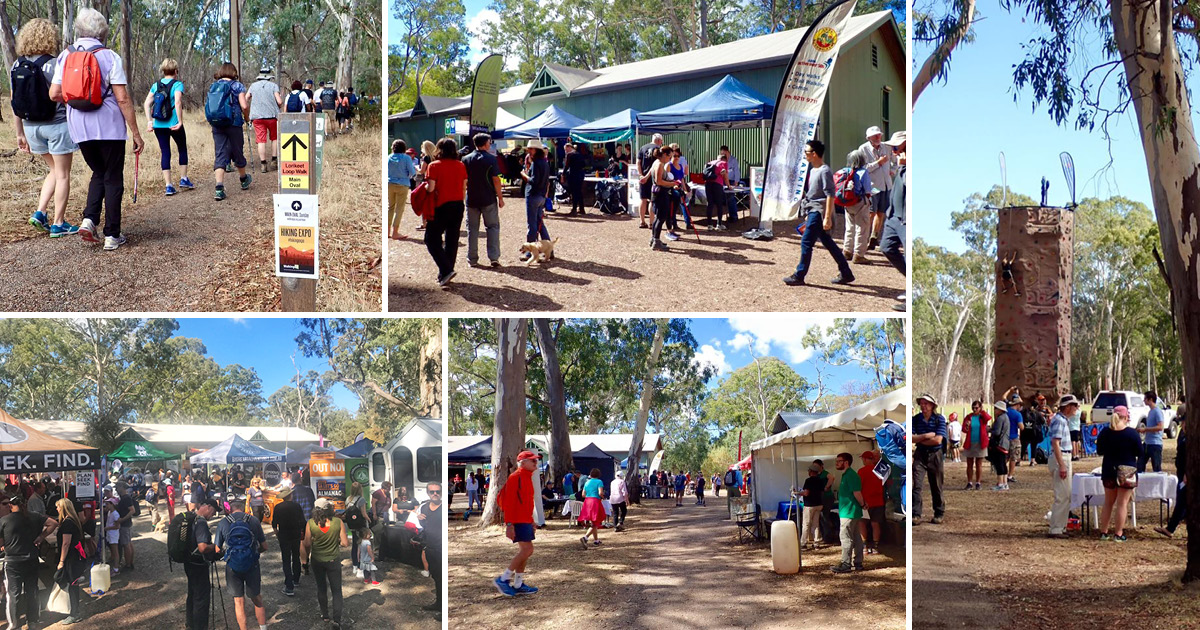 Last Sunday we showcased hiking and walking opportunities at our annual Hiking Expo.

Between 1,500 and 2,000 people discovered new places to hike, what to wear and who to go with through the 32 exhibitors. This included walking groups and clubs, adventure tourism operators, outdoor gear retailers, trail destinations and tour operators.

We showed 400 people some of the best hiking and walking trails in Belair National Park. 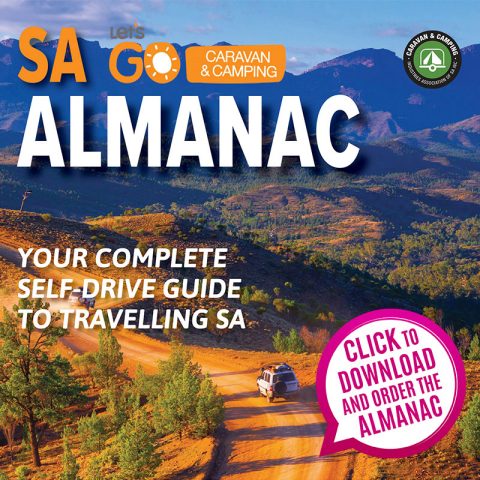 It’s not too late to order your 2019 Let’s Go Caravan and Camping Almanac, you will receive a download copy as well as instructions on 30 locations where you can pick up a hard copy for free. It’s full of caravan and camping hints and tips, articles, the best places to stay and play, regional events and everything you need to know to take a self drive holiday, whether a newbie or seasoned traveller.

Brought to you by

Planning for pedestrians is rare in South Australia.  Aided by funding from the State government, plenty of Councils have developed a bicycle plan, but few have done the same for walking – none in recent years.

So we welcome the City of Marion updating it’s 2012 Walking and Cycling Strategy with these Guidelines 2018-2022.

The Guidelines have been prepared by the consultants, Oxigen. Their adoption has not been without controversy, with broad-ranging calls for narrower streets and wider footpaths being rejected by Councillors.

Nevertheless there is enough in the adopted Guidelines in terms of safer road crossings, more street trees and “increasing footpath width where appropriate” to provide a source of support for residents wanting to improve the walkability of Marion’s suburbs.

The Guidelines make it obvious that much could be done, especially in the newer, hillier suburbs south of Darlington.  There, pedestrians suffer from bad street layouts that make distances from home to anywhere much more lengthy than they would be on the plain.  Here are two snapshots from the Guidelines contrasting the road layouts of Edwardstown and one of the newer suburbs, such as Sheidow Park or Trott Park:

Two snapshots from the Guidelines contrasting the road layouts of Edwardstown and one of the newer suburbs, such as Sheidow Park or Trott Park. In the latter, footpaths are typically on one side of the road often less than a metre wide, and even the reserves don’t have paths.

Street trees are rare, as this aerial of Sheidow Park indicates: 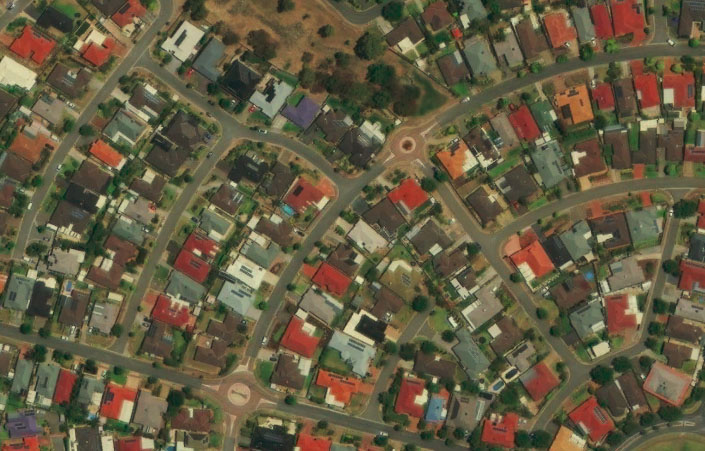 Street trees are rare, as this aerial of Sheidow Park indicates.

While improving connectivity will be difficult, a lot can be done to improve walking conditions at street level.  Fortunately a new source of funding to do this should become available via the State Liberal Government’s Greening Neighbourhoods Program.

We have yet to see the details, but it is understood that funding from the Open Space Levy paid by developers will soon be available to help pay for the greening of suburban streets, including street trees and infrastructure such as treenet inlets.  These would act to keep the trees healthy, discourage tree routes from snaking under footpaths to suburban lawns (wrecking the pavement in the process), while at the same time helping to make our drains better able to cope with the flooding. 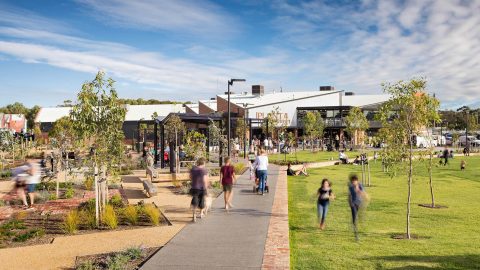 The Australian Walking and Cycling Conference will be held Thursday and Friday 24 – 25 October 2019 at the Port Adelaide Town Hall with the theme Active transport in a changing climate.

The conference aspires to promote creating a transport mode shift away from cars towards walking and cycling, and using active means to link with improved public transport in suburbs and rural towns. We want to shift away from CO2 reliant mobility and keep people active as temperatures rise.

As the leading Australian forum for high-quality cycling and waking research, the Conference strongly contributes to an energetic and positive network of professionals dealing with local, national and international issues.

This is the only forum to have the core aims of advancing and promoting the development of rigorous research into cycling and walking. 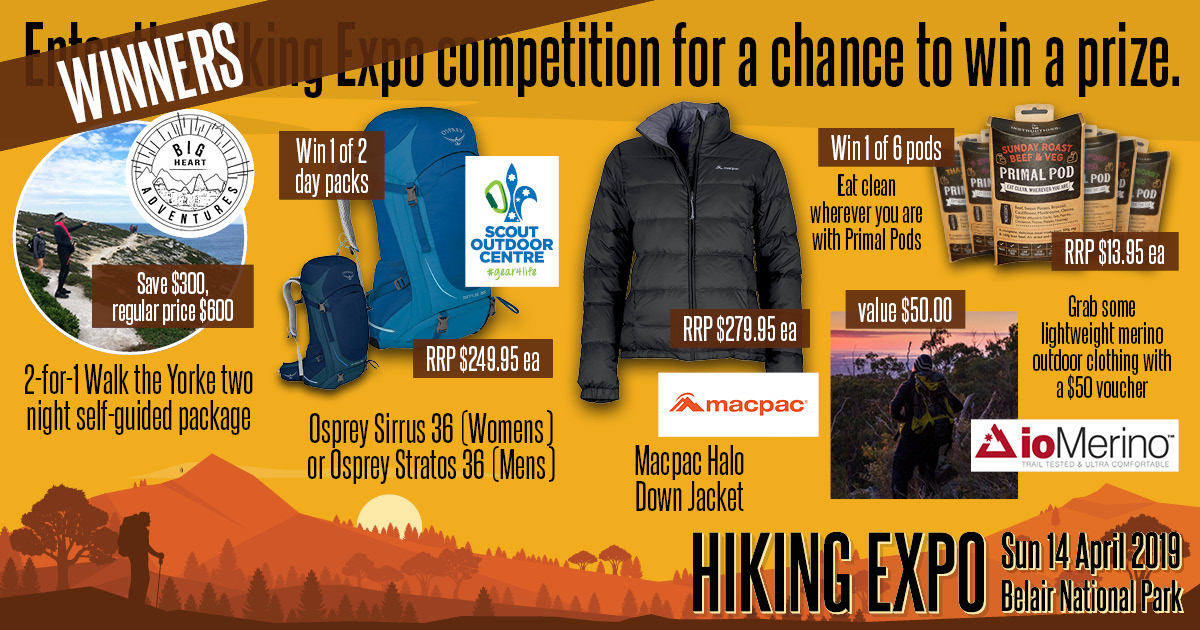 Thanks to everyone who entered the competition at yesterday’s Hiking Expo, the winners are:

Walking SA has concerns about the development of private operator facilities by the Australian Walking Company on the Kangaroo Island Wilderness Trail [reference source].

In summary:
We believe that appropriate and full consultation with all stakeholders is an essential part of any project that has community impact. We also highlight that any development of a wilderness area will have a detrimental impact upon the experience of those visiting the region. Any infrastructure should be of minimal impact on the local environment and the balance found between maintaining the environment and the walking activity that is being enhanced.

We’ve sent a letter highlighting our concerns to David Speirs MP, Minister for Environment and Water.

Key extracts of the letter are below, or view the full letter.

Walking SA believes that appropriate consultation with key stakeholders is an essential part of any project that has community impact. As a member of Friends of Parks we are concerned that the Friends of Parks communities on Kangaroo Island have not had their voice heard in an appropriate manner for the further development planned on the island contracted to the Australian Walking Company.

Walking SA has previously acknowledged the work done by your department in the establishment of the Kangaroo Island Wilderness Trail. In fact the trail was recognised in our Walking SA Walking Awards of 2016 and we have been a strong advocate of the trail at our events, on our website and through social media.

We also welcome the development of experiences that allow more demographics of people to enjoy walking, however if this is perceived to be exclusive we believe this should not be to the detriment of the broader community.

Walking SA is aware of the rising tension across Australia at present in regard to the perceived development of commercial operators infrastructure on public trails. Walking SA’s member clubs and the walking community in general believe in the “leave no trace” approach to the environment that we walk through. Any infrastructure should be of minimal impact on the local environment and the balance found between maintaining the environment and the walking activity that is being enhanced.

Walking SA also raises that any development of a wilderness area will have a detrimental impact upon the experience of those visiting the region. 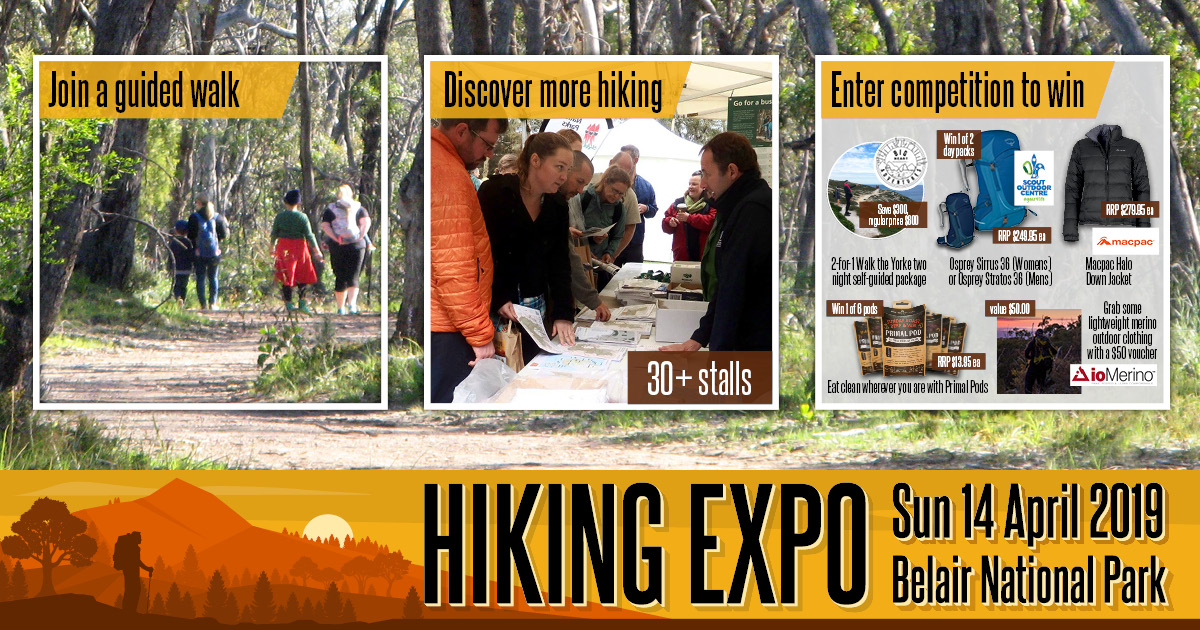 Explore hiking trails and destinations, who to hike with and what gear you’ll need.

Brought to you by

Come along next weekend to find out more about walking destinations, who to walk with and the best hiking clothing and equipment. The Hiking Expo is next week on Sunday 14 April 2019 in Belair National Park. Free expo entry.

With over 30 exhibitors there is plenty of walking opportunities to explore: