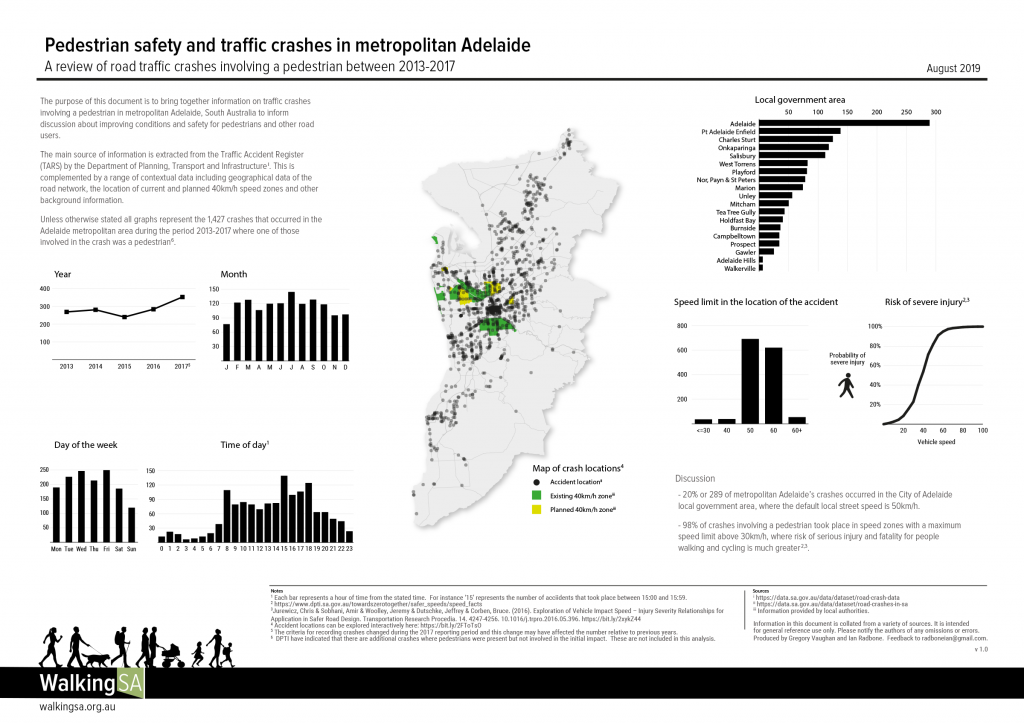 Here at Walking SA we’ve produced a one-page factsheet on crashes involving pedestrians in metropolitan Adelaide (Transport professionals prefer the term “crashes” to “accidents”, arguing that to call something an “accident” suggests that there’s nothing we could have done to avoid it.)

The factsheet uses data from the last five years to show where crashes involving pedestrians have occurred, both on a map and categorised by local council and the speed limit of the road.

The map also shows where the speed limit is 40km/h or less, and where slower speed limits are planned.

The factsheet also includes a well-known graph from the State government’s Road Safety strategy that points out that your chances of surviving being hit by a car double if the speed of the vehicle is reduced from 50km/h to 40km/h.

If after looking at the fact sheet you would like further information, we have produced an interactive map for you to explore the data.

Walking SA thanks geo-spatial analyst Greg Vaughan for help in producing this factsheet.  We hope that it can be used to encourage safer speeds for pedestrians.