Pedestrian safety in the Adelaide CBD – why are there no 25km/h school zones? 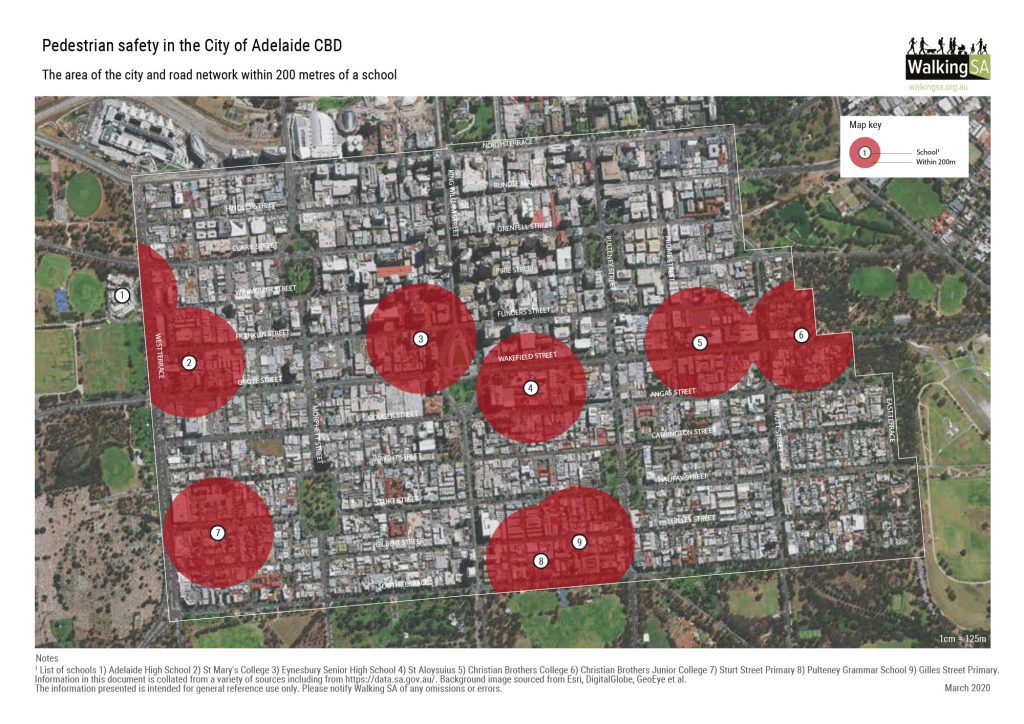 Across South Australia zones around schools have a 25km/h limit within 200m of a school, marked with zig zag lines. Except in the CBD. Although there are more than 150 educational institutions here, you won’t see any zig zag lines or school zone signs.

The nine major schools in the CBD have been mapped, showing where the 200m zones would be. 20% of the City’s streets would be within school zones if they were anywhere else in the State.

It seems that we as a community have decided that it is so important to move traffic quickly on the City’s streets that normal safety standards protecting our children should not apply. And this is despite the City having by far the highest number of pedestrians being hit in the State. The most common time for pedestrian crashes are on weekdays and between 8-9am and 3-4pm, that is, when children are going to and from school.

If we are not to have 20% of our streets subject to 25km/h speed limits when school children are present, surely a broad 40km/h speed limit seems reasonable?