The Cars That Ate Mannum

This is a story similar in name, with some comparisons, to the Cars that demanded to behave how they chose in a 1974 Peter Weir movie. 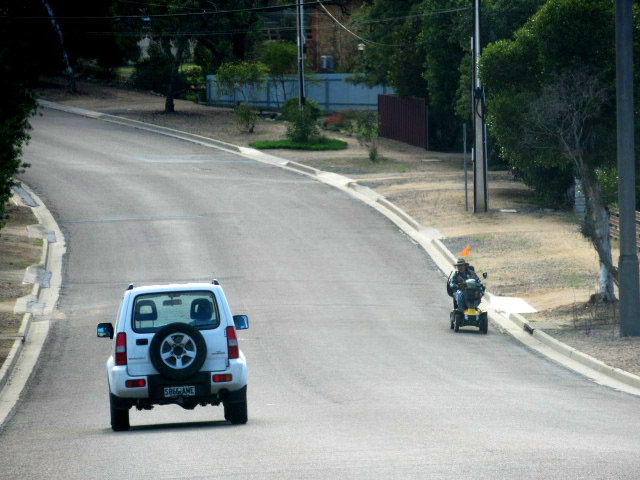 In Mannum there is a lack of sealed and level made walking paths along most streets to suit all ability walking. Many of the walking paths are of a granite or limestone gravel construction that are often rutted and angled. So pedestrians and mobility scooters are forced to use roads in competition with the cars.

A few things stand out on our daily walks here, the first being a lack of sealed and level made walking paths along most streets to suit all ability walking. Many of the walking paths about this town are of a granite or limestone gravel construction that are often rutted and angled. Pedestrians and mobility scooters in turn use the roads in competition with the Cars, a bad option, for a safer surface to navigate the town. Our Councillor, Steve Wilkinson, campaigned for footpath upgrades more than once in Council meetings. Sadly we lost Steve, our only footpath campaigner, when he was hit by a vehicle and killed while riding his bicycle on Hunter Road east of Mannum in April 2019. 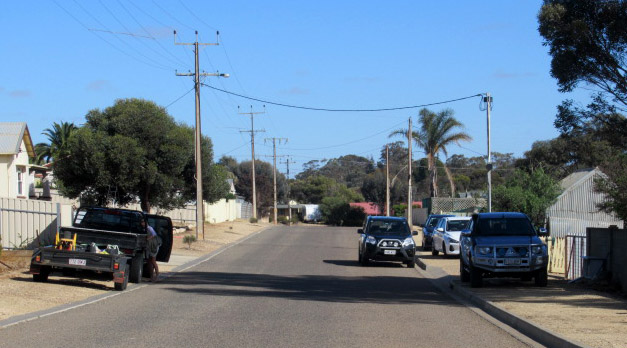 In Mannum cars are often parked on the roadside paths, forcing pedestrians to walk on the street.

As for the Cars, they randomly park on our walking paths around the town, sometimes in small herds similar to the Peter Weir movie. For some reason Cars must be parked as close as possible to the entrance of houses to reduce the time wasted walking any distance. Is this a global phenomena to reduce any chance of enhancing personal fitness? Unfortunately very few infringements or re-education notices are directed towards the Cars That Ate Mannum so far, possibly to keep the Cars happy and because a complaint must be submitted. 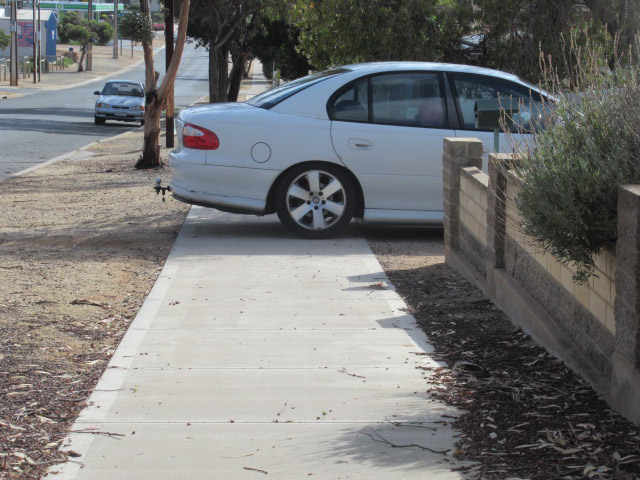 So often it is not until we wear the shoes of those afflicted with a disability that we can appreciate the failings of design and infrastructure like walking surface quality or path ramps that lead nowhere with the lack of a safe path to walk or use a mobility aid. I have asked many local residents what they think of our walking infrastructure with most responses from all age groups being uncomplimentary, the Cars as expected they do not care. Our statewide “Regional Development” funding is often seen as being for tourism hiking/biking trails, town beautification or business support. But do the needs of permanent residents of the regions by way of safe and accessible all ability township paths need to be treated as a priority with “Regional Development” plans?

The Cars will still care less about blocking walking paths and those that use them until one day the Cars driver needs to walk the walk for their health or is confined to using a mobility aid. Can the Cars be educated to be more people friendly on and off the roads?