The next stage of the Adelaide100 trail progresses 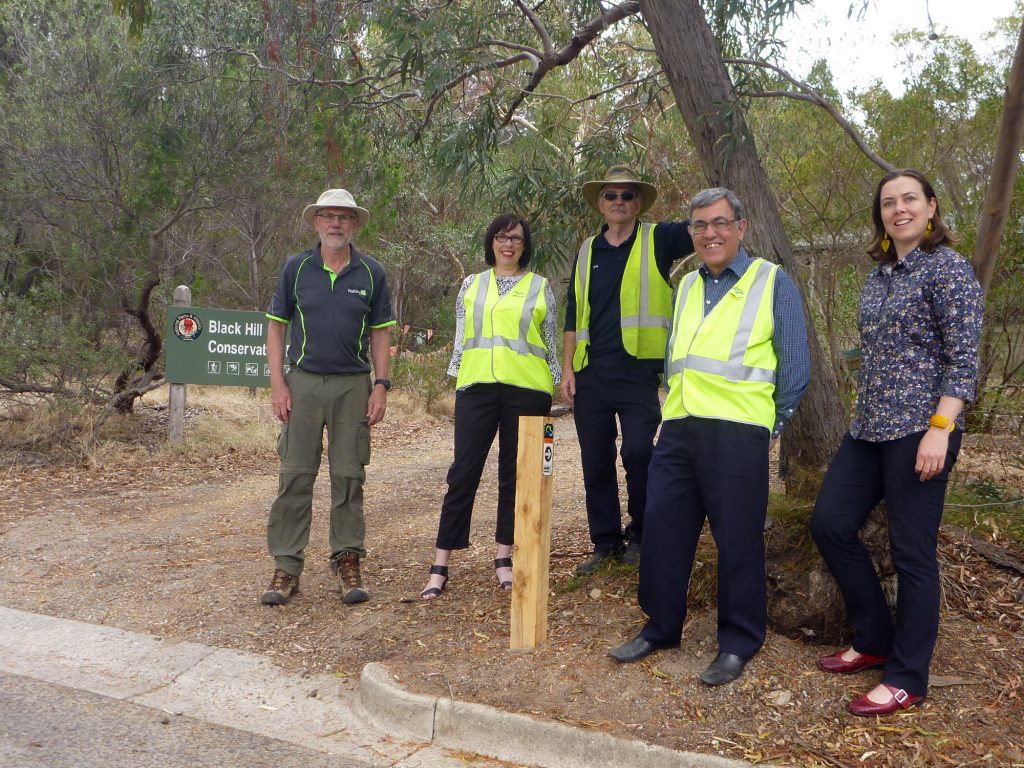 Walking SA is currently engaged in negotiating with fourteen property stakeholders along the 100 plus km route of the new walking trail the Adelaide100. Local government of the north eastern suburbs immediately recognised the worth of the project. The Campbelltown City Council, the City of Tea Tree Gully and the City of Port Adelaide Enfield quickly committed support and resources to the portions of the trail traversing their regions.

This is a 10.5km section to add to the 1.6km start at Norton Summit. As this story is posted the marking with 32 post and signs of the Campbelltown City Council portion has been completed. The portions in the City of Tea Tree Gully and the City of Port Adelaide Enfield will be completed in the next couple of weeks.

As with Norton Summit it is a great walk on its own so be one of the first to have a go when it is finished. Start at the Black Hill Wildflower Garden in Addison Avenue. Traverse local parks and reserves, wind your way along Fifth Creek, follow the River Torrens Linear Park to Lochiel Park Golf Course and enjoy a baguette and coffee at Bunker Cafe.