Walking SA advocates for pedestrian safety, and the maintenance of safe and supportive walking environments throughout South Australia.

What is the problem?

How traffic signals are managed

Traffic signals are designed to prevent conflicts between road users by separating in time those users with conflicting routes: most commonly at intersections, but also at mid-block pedestrian crossings.

Australian traffic engineers have led the world in coordinating traffic signals in a network so that drivers can experience a series of green lights if they travel at appropriate speeds.

Australian traffic engineers have also pioneered the ability of traffic signals to adapt to varying traffic flows in real time.

While the network approach has been effective in minimizing delays for motorists on arterial roads through the suburbs, it has negative consequences, particularly for pedestrians.

Most obviously, if it is not possible to cross a road safely, people will be discouraged from walking, but also from using public transport as stops are typically located on either side of a road.

If the timing of pedestrian signals is then set to minimize delays for traffic, pedestrian crossings will not be responsive to pedestrians wanting to cross. This is especially the case at mid-block pedestrian crossings for which no traffic cross-flow exists. Pedestrians are required to push a button and then wait for a crossing time that fits in with the management of intersections down the road.

Also the time allowed to cross will be minimized so as not to upset the traffic flow. In recent years Adelaide has experienced at least two elderly pedestrians being hit (and one killed) because they could not complete the crossing in the time allowed. A similar effect is created with staged crossings, where pedestrians cross part of the road and may have to wait in an island for an entire signal cycle before being able to cross the remaining part of the road. In road safety practice, excessive delay is recognised as contributing to risk by encouraging road users to travel against the signals, yet this is commonly ignored in Adelaide’s management of pedestrian crossings.

Coordinating traffic lights is problematic in a grid where there is no advantage to prioritising one flow over another. This is the case in Adelaide’s city centre, where there are high numbers of pedestrians, who should have a strong claim for priority in traffic management. This after all, is a location where local amenity should be emphasised, rather than through movement of traffic.

Instead, attempts to coordinate traffic signals can result in traffic light phases established by conditions at the busiest, widest intersections, leaving pedestrians (and motorists) at smaller, quieter intersections waiting unnecessarily. For example, the time waiting for a green man to cross Pirie Street is determined by crossing times on North Terrace.

It appears that traffic signal management is determined by the perceived need to minimise traffic delay, irrespective of whether that traffic should be encouraged or not. For example, the City of Adelaide has no traffic management plan to guide traffic engineers. The result is that traffic flowing out of the city in the morning peak (“rat runners” using the City as a through route) have priority over people walking into the City to work and study. 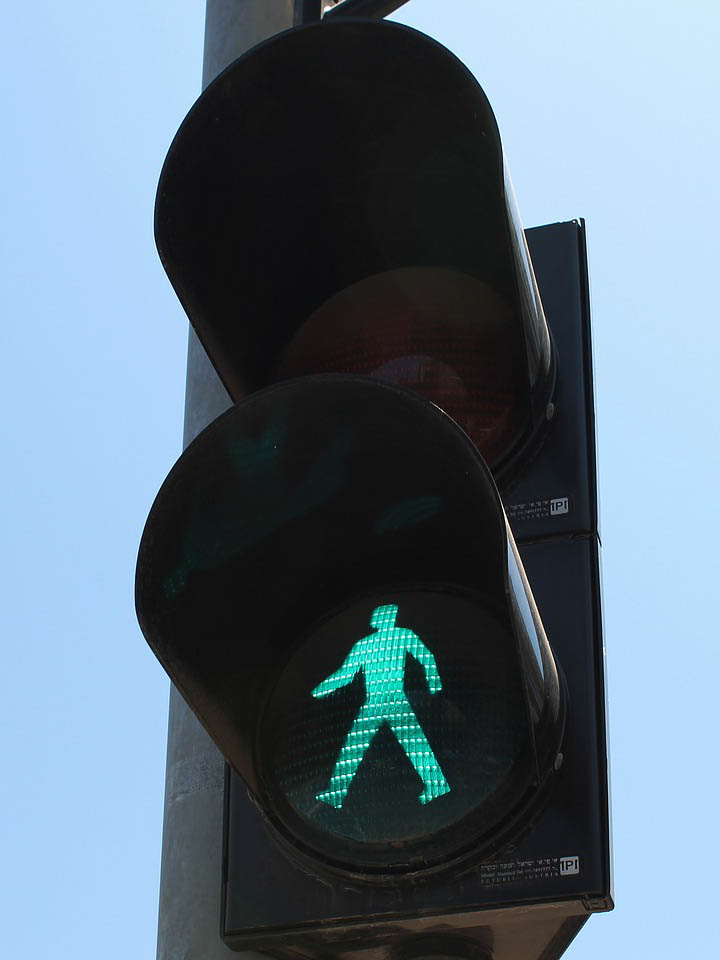 We need traffic light phasing that reflects the needs of different road users, particularly where we want to increase the use of a wider variety of transport modes. In addition, we need to prepare for an era of smart and responsive design by considering how best to share and prioritise appropriately between all road users.

Such guidelines could include:

Position statement as at September 2018.