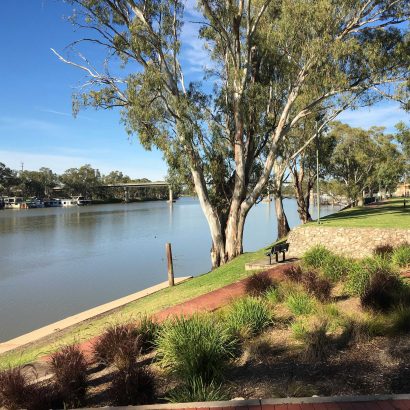 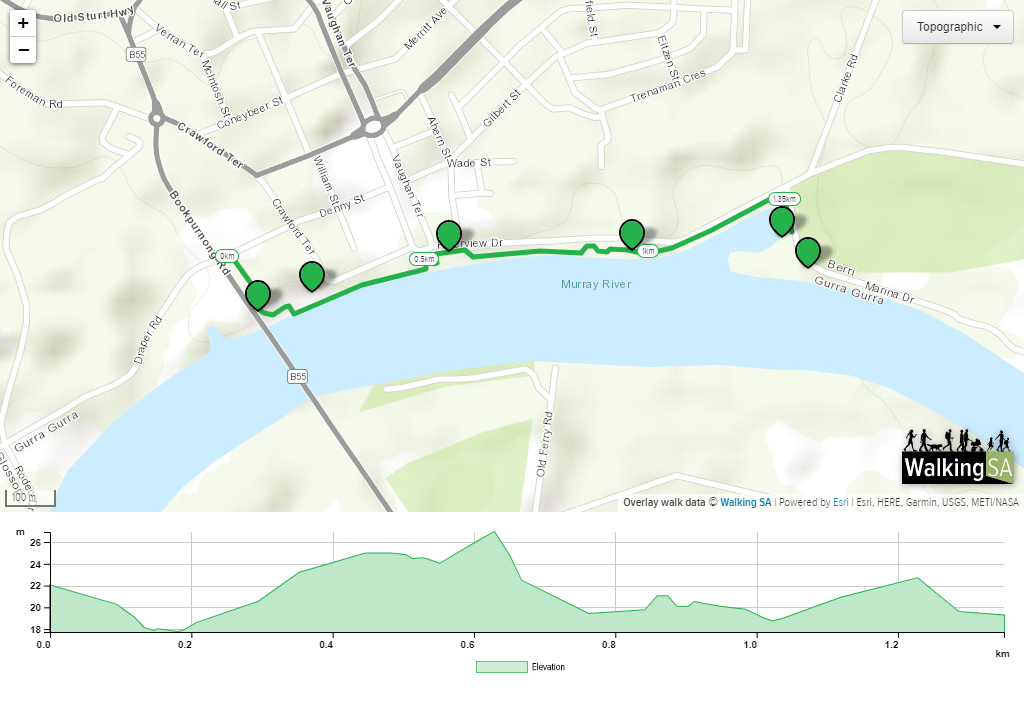 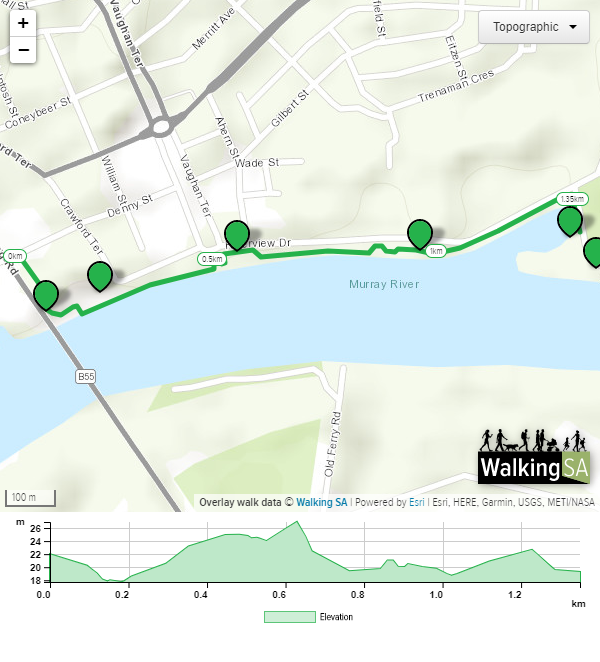 The trail begins a the mural beneath the river bridge, and follows the riverfront past the cafe to the boat ramp at the marina.

Connects with the Lion Allan Thurmer Recreational Trail (which is a 3.4km circuit).

Tucked away underneath the Berri Bridge the mural depicts the Aboriginal heritage of the area. The mural is on a large slab of jarrah bolted to the underpass of the bridge with a circle of totem poles. The story of the mural is based on the Ngurunderi Dreaming story of the origins of the Murray River.

Visit the monument erected in 1936 to mark the spot Captain Charles Sturt passed in 1830.

Walk past the site of the Berri Ferry Landing, which operated here until 1926.

Contemplate the contribution and cost made by locals to war efforts at the Post World War II Veteran’s Memorial.

The trail also passes the Special Place for Jimmy James. Jimmy was a famous blacktracker, who was born around 1910 and belonged to the Pitjantjatjara people. He passed away in 1991. The monument is sculptured out of two large slabs of black granite which are finely polished and engraved with images of birds and animals – a part of Jimmy’s spirit world. A Special Place for Jimmy James is a tribute to Jimmy’s service to save lives and assist police.

The river and cafe at Berri 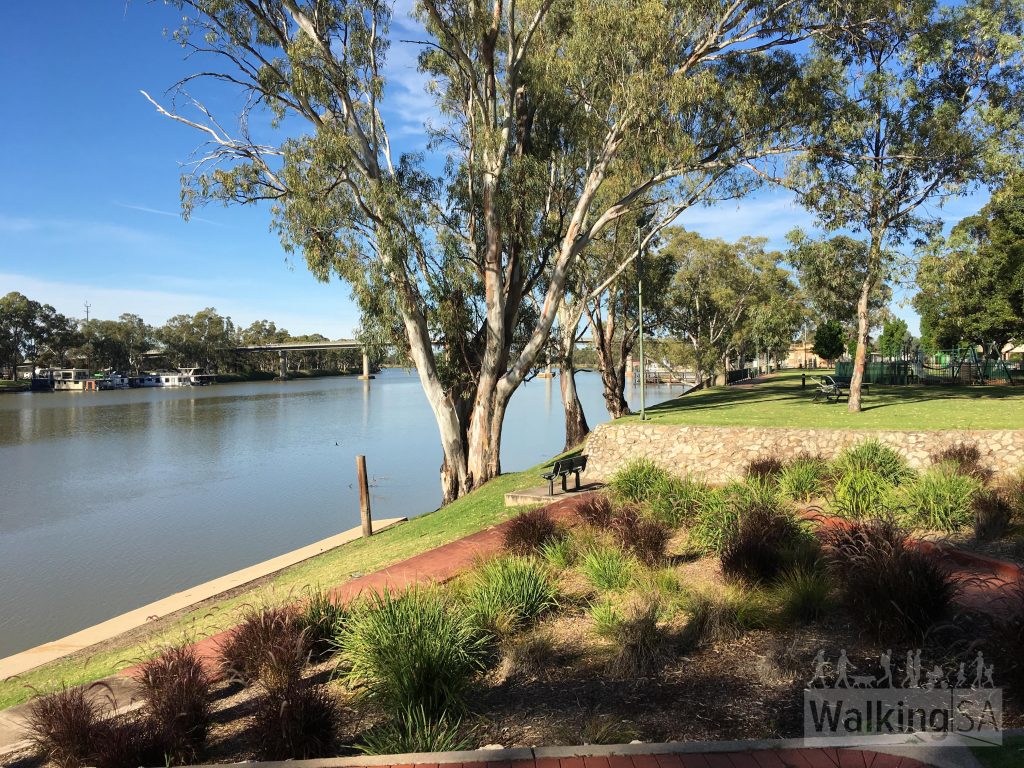 The river at Berri, on the Berri Historic Riverfront Walk 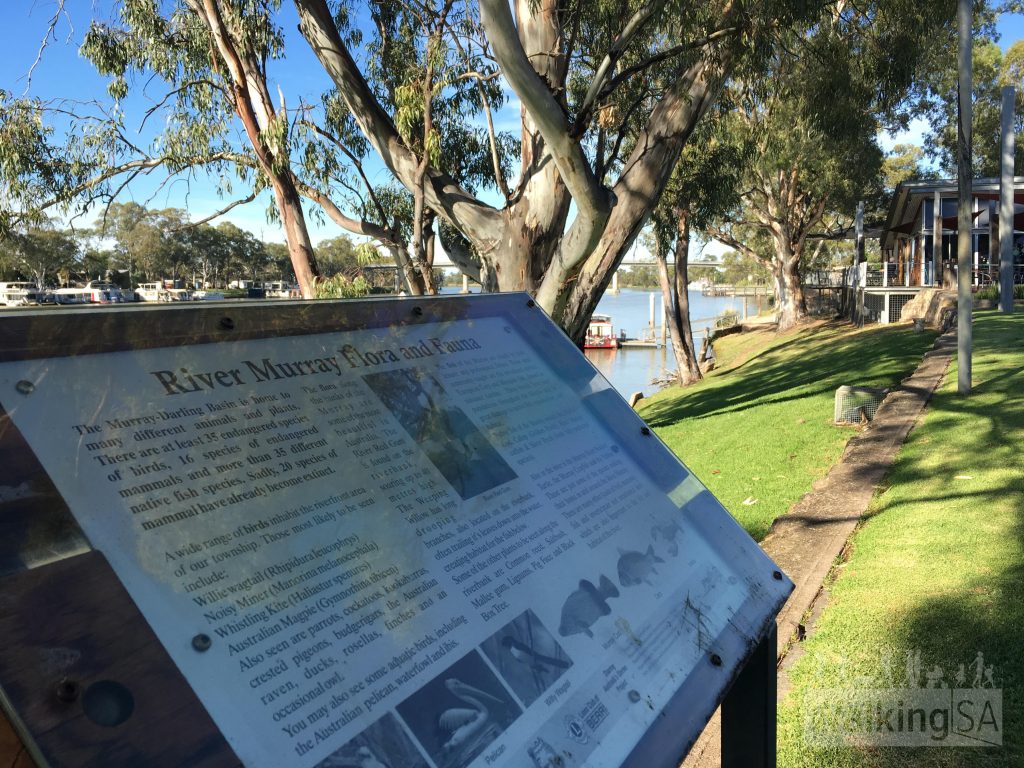 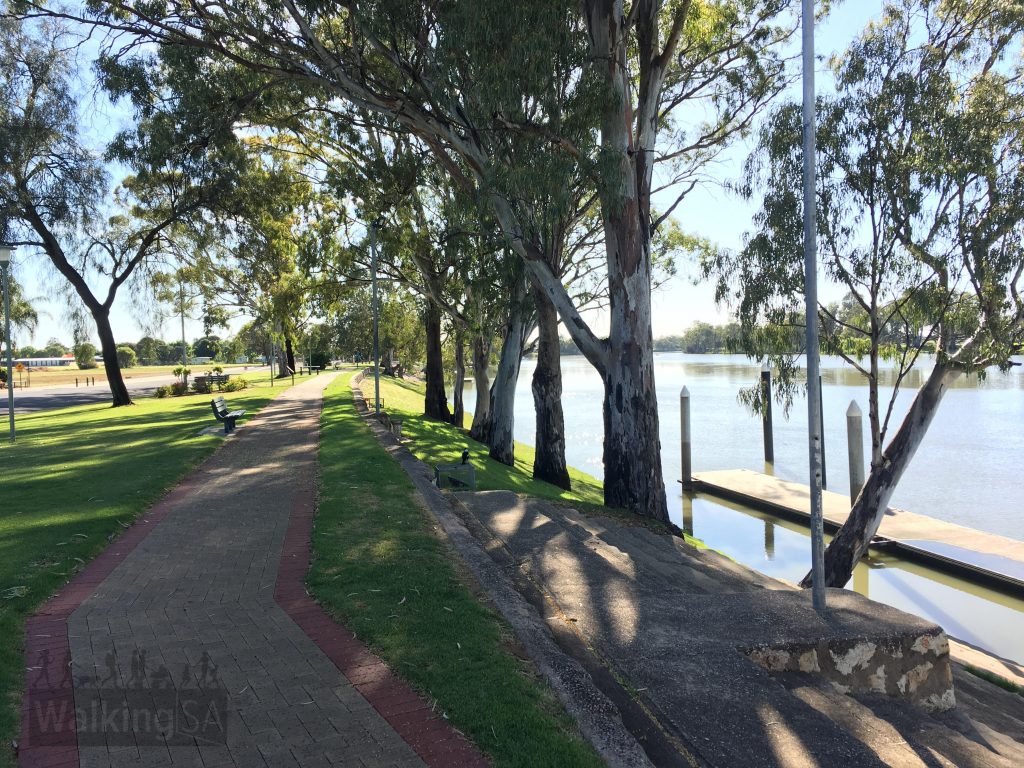 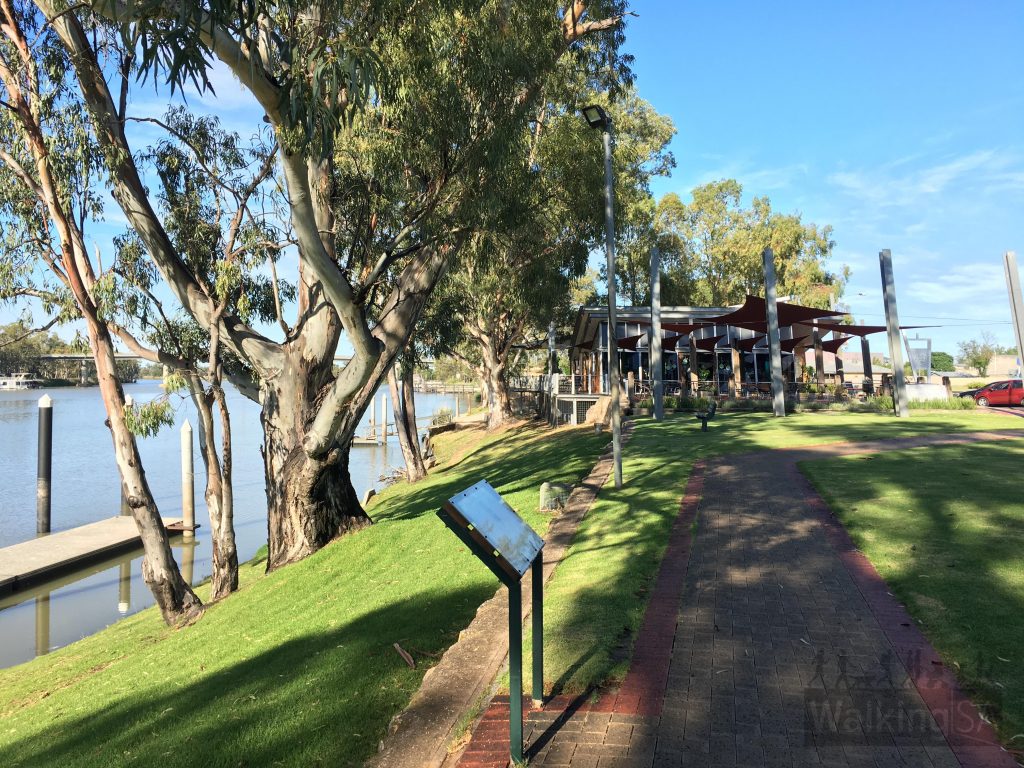 Walking the Walking the Berri Historic Riverfront Walk towards the cafe 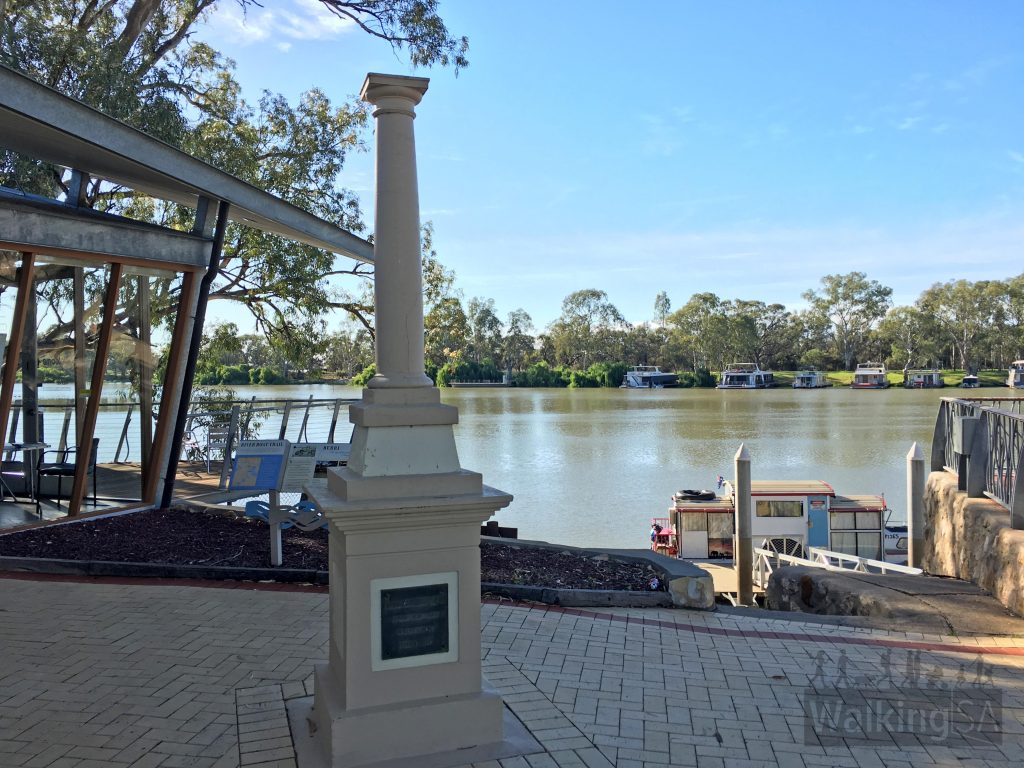 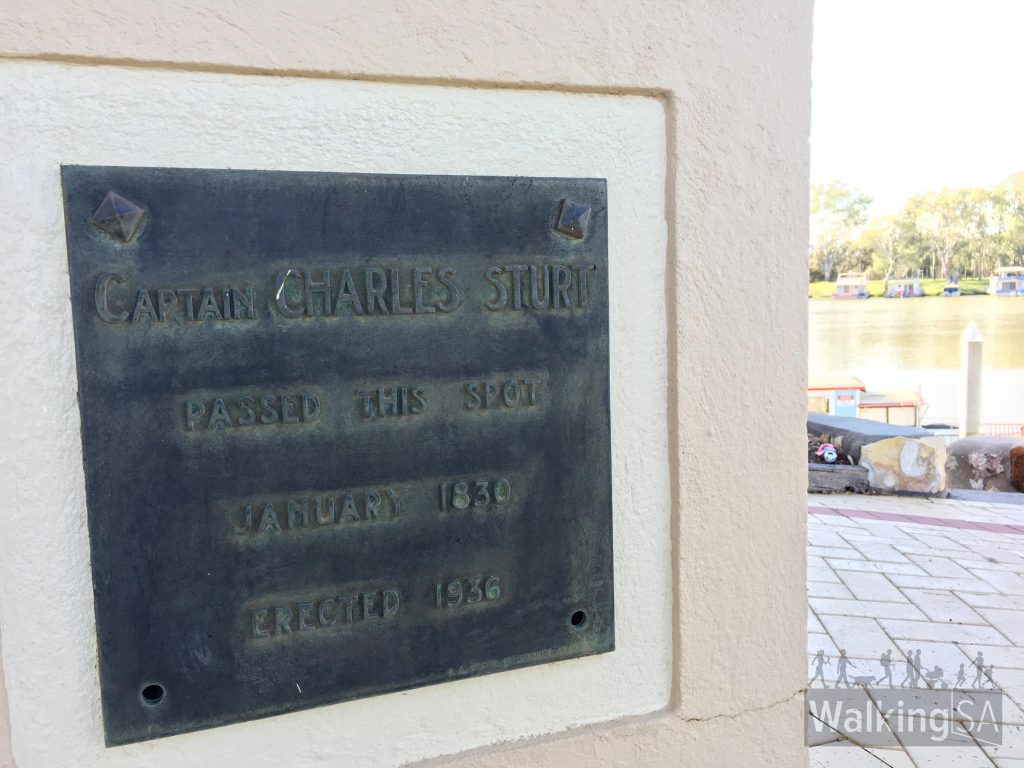