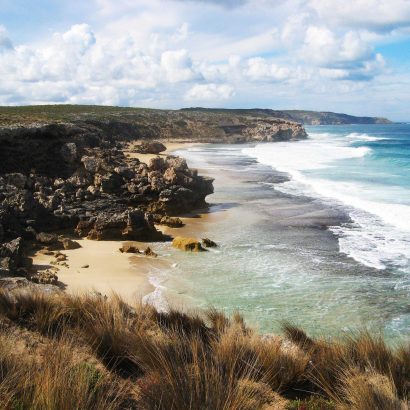 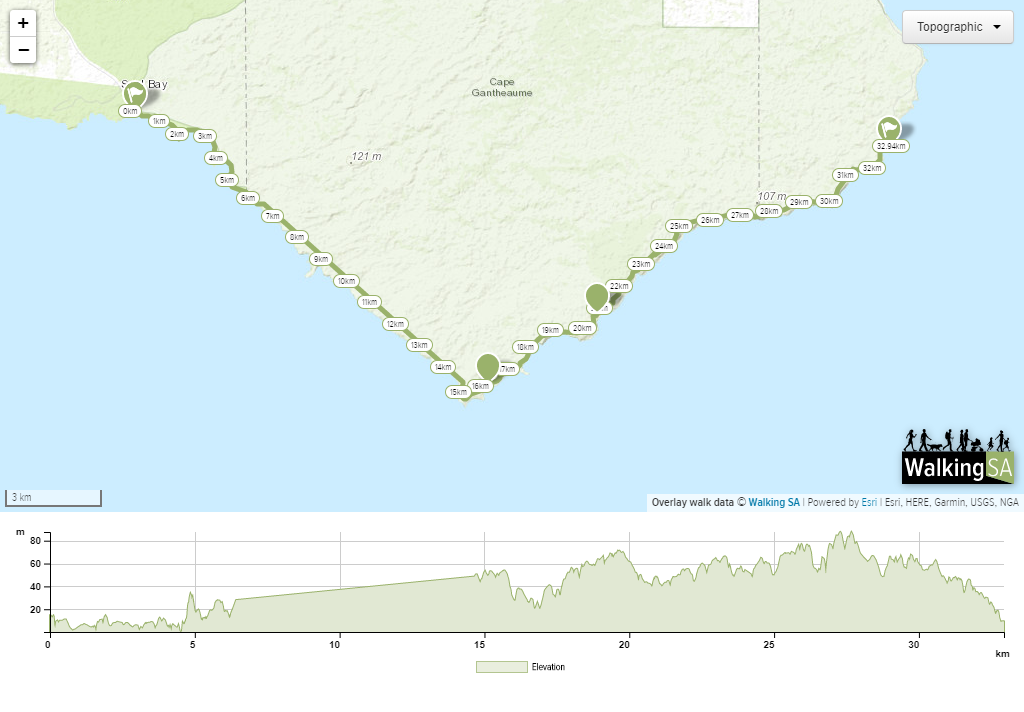 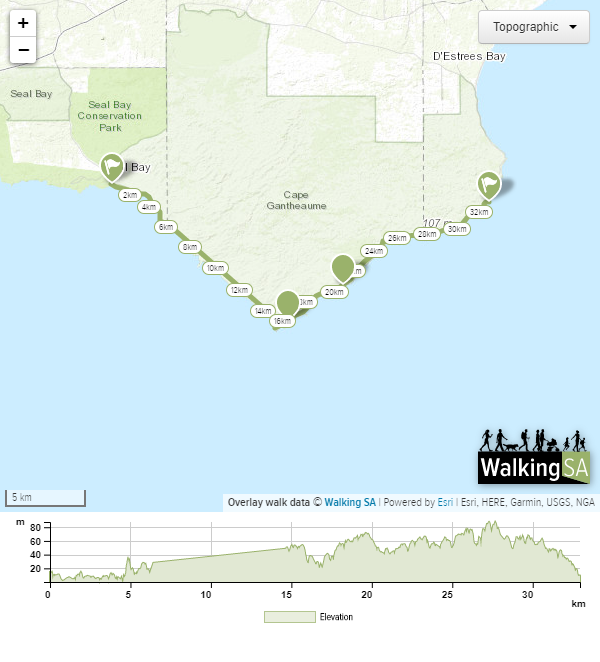 Hike along the wild and rugged south coast of Kangaroo Island out to the headland of Cape Gantheaume, where there is an isolated pristine beach dotted with New Zealand fur-seals.

The first 6km heading east from Bales Beach is a series of isolated sandy beaches. Continuing east, the walking is along cliffs out to Cape Gantheaume. There is a beach at Cape Gantheaume on the western side. The coast west of  Cape Gantheaume is predominately cliffs with a beach near the end, before the walk comes out into a carpark at Sewer Beach, a rocky beach in D’Estrees Bay.

The hike is challenging and requires careful planning: 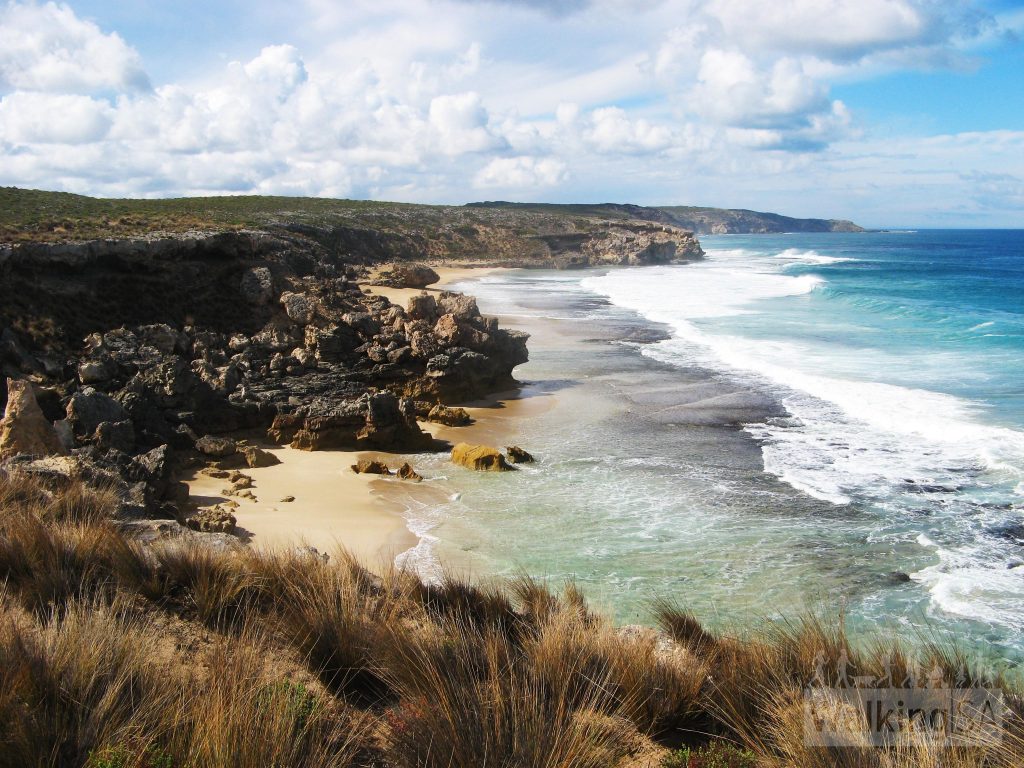 Walking on the Cape Gantheaume Coastal Trek away from Bales Bay 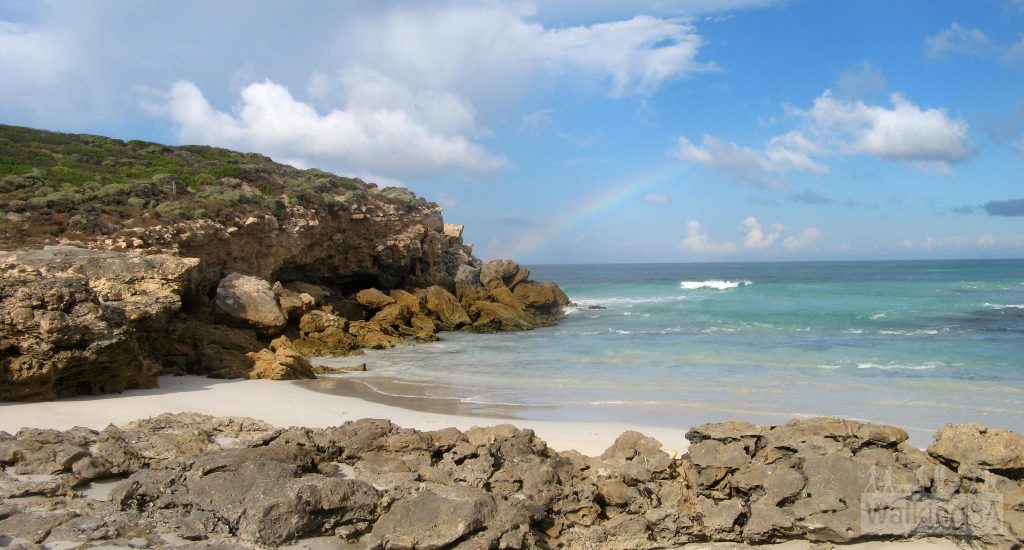 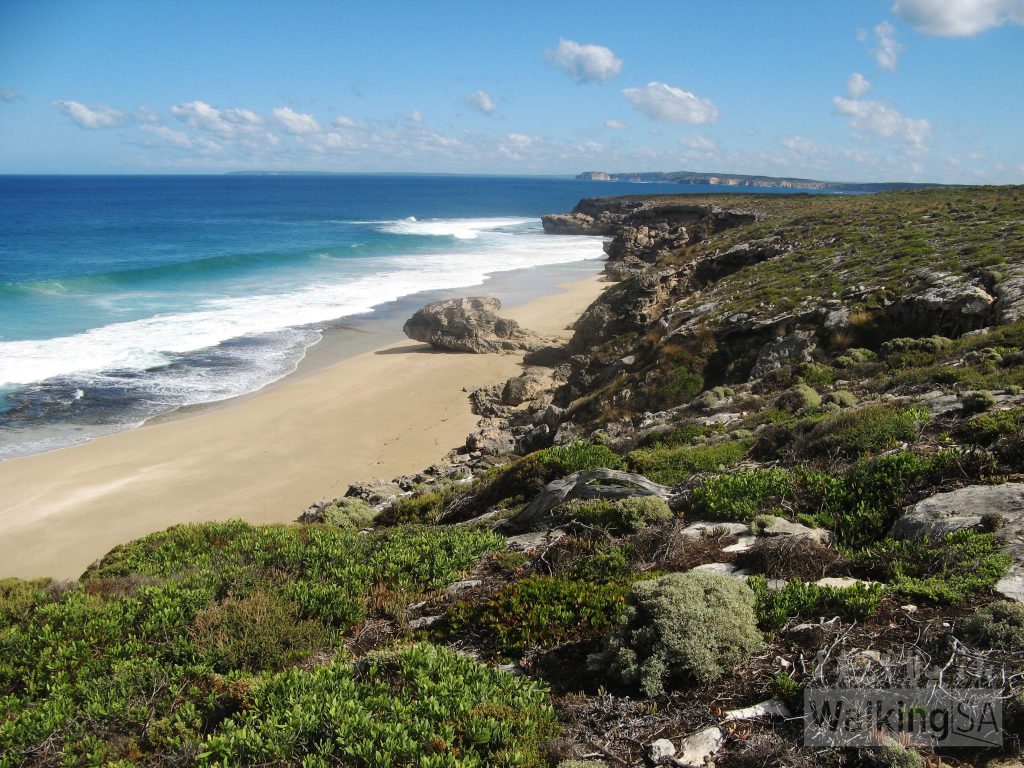 Walking on the Cape Gantheaume Coastal Trek, looking back towards Bales Bay 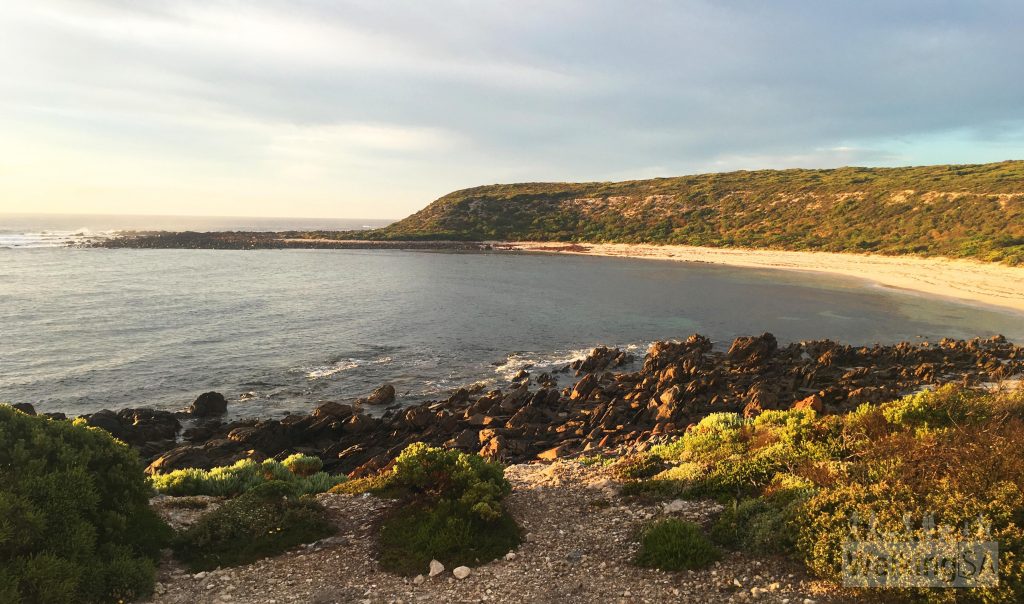 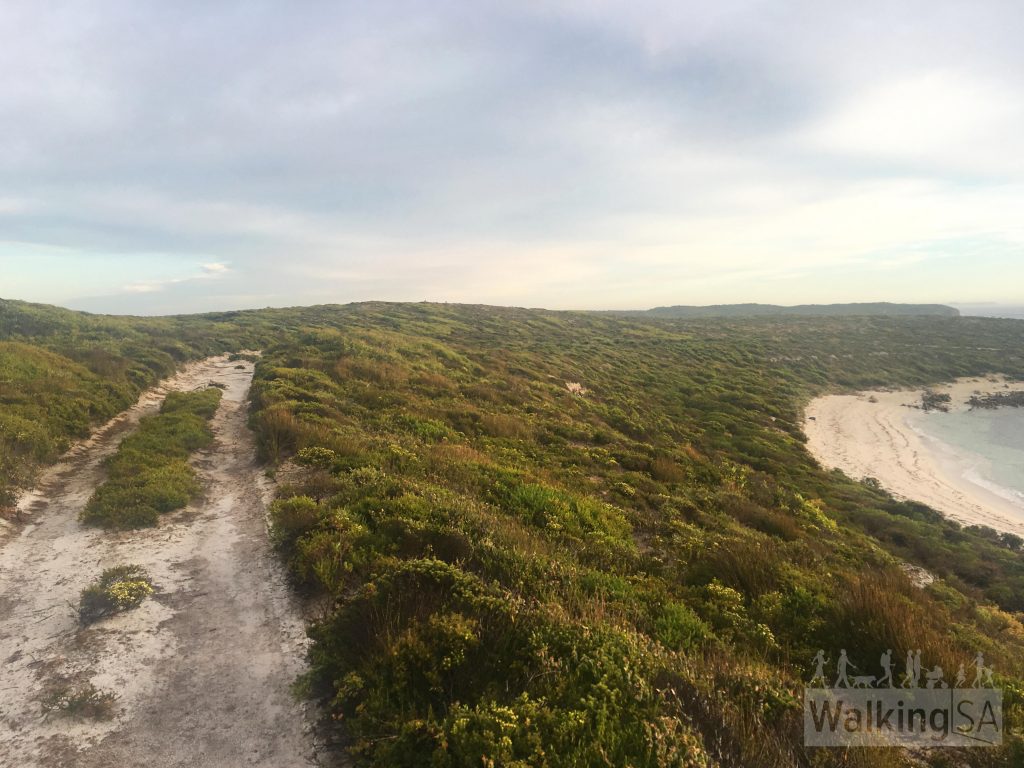 Walking along the fire track towards D'Estrees Bay 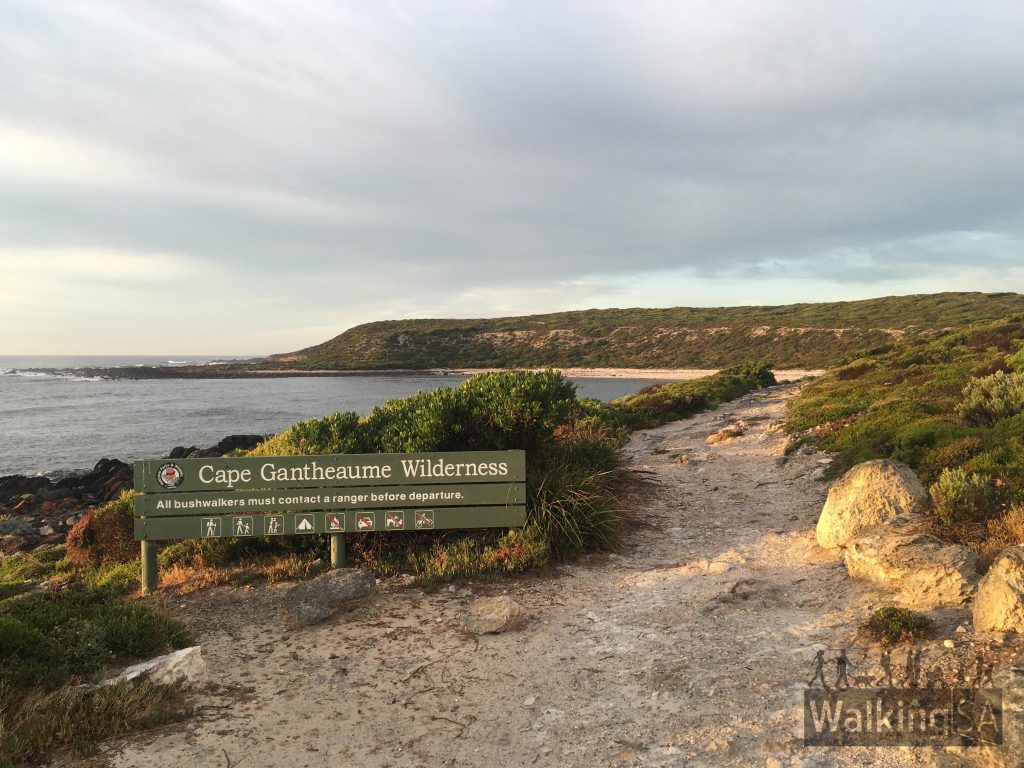 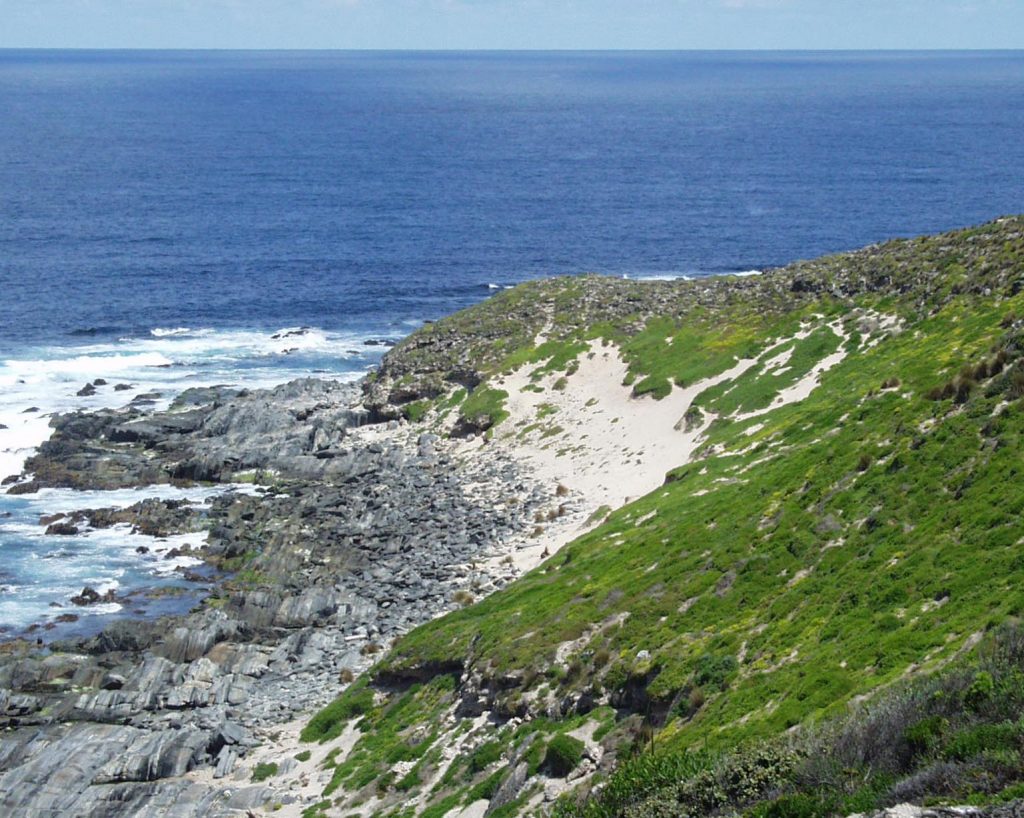 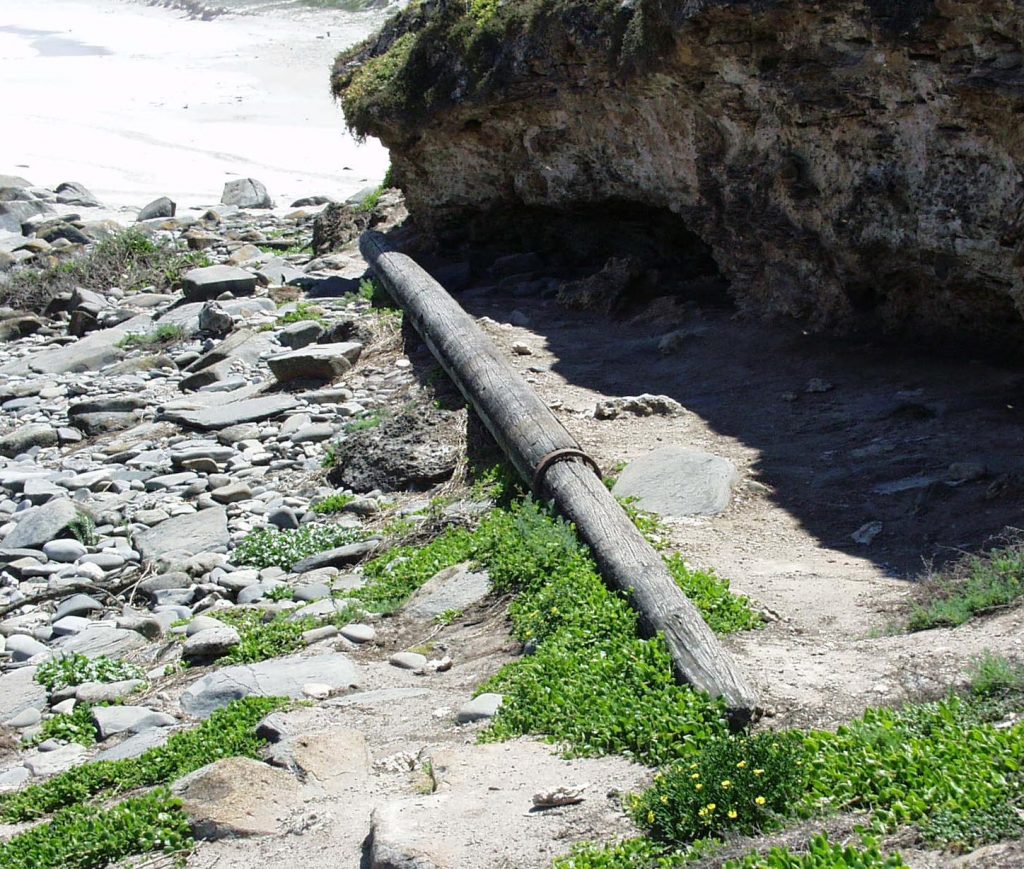