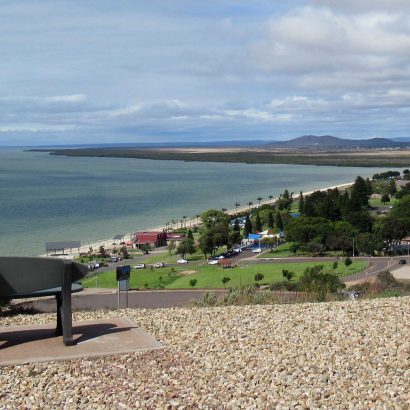 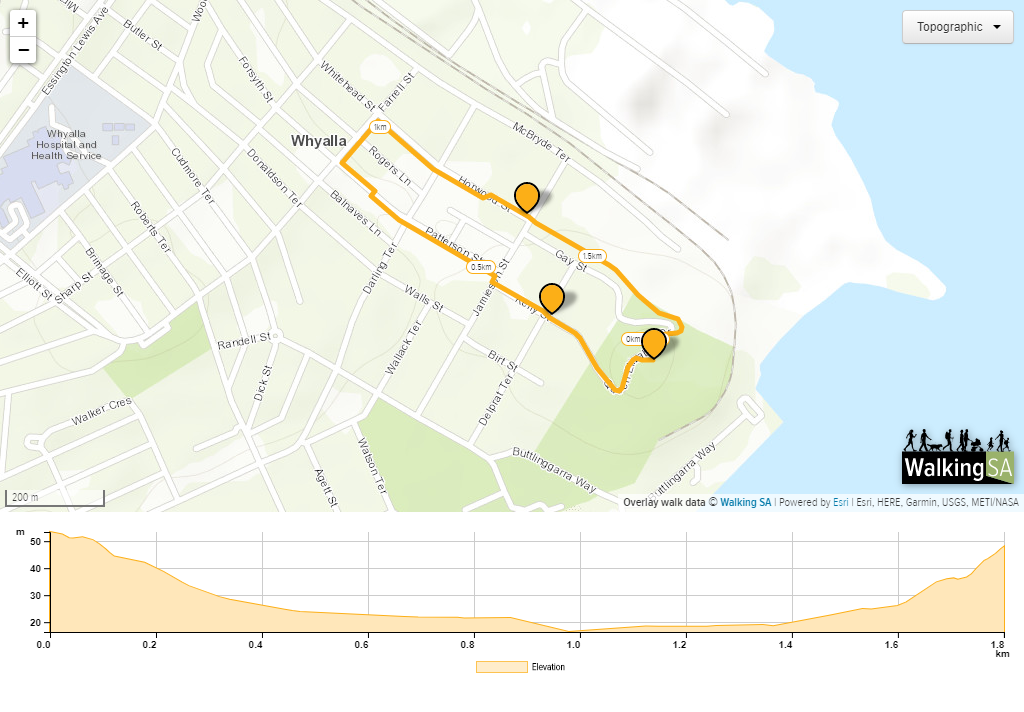 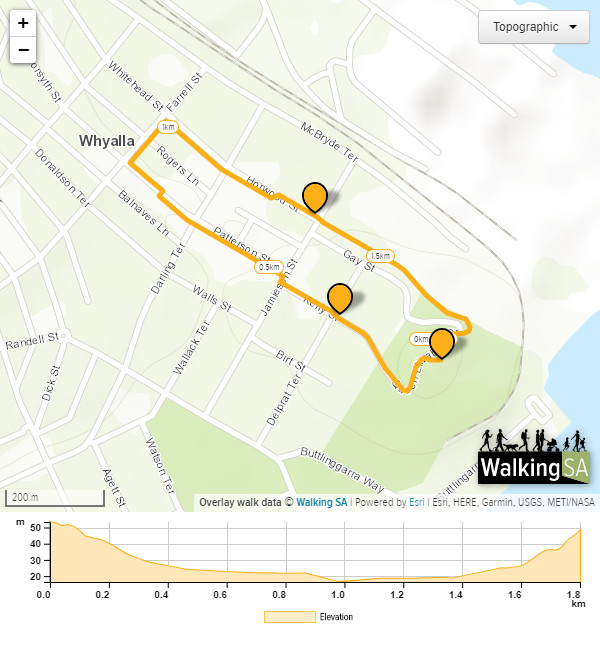 The City Walk, in the north-eastern end of the city, encompasses many of the city’s historical sites including where some of the first buildings were located. From the top of Hummock Hill there are panoramic views of the city, Spencer Gulf and Flinders Ranges. While at the top of the hill you can examine the guns used to protect the township during World War II.

Beginning and ending at the corner of Jamieson and Horwood Streets, the trail follows the Whyalla steelworks fence on the northern side of Hummock Hill to the top and then winds down to the central business district. Interpretive signs along the trail explain the history of the settlement, industrial history, natural and maritime heritage, and the city’s unique architecture.

The trail up to Hummock Hill is walking trail, but can be steep, and towards the top merges with the road. When walking clockwise, coming down from Hummock Hill, most trail users would identify the trail simply as a bike lane. 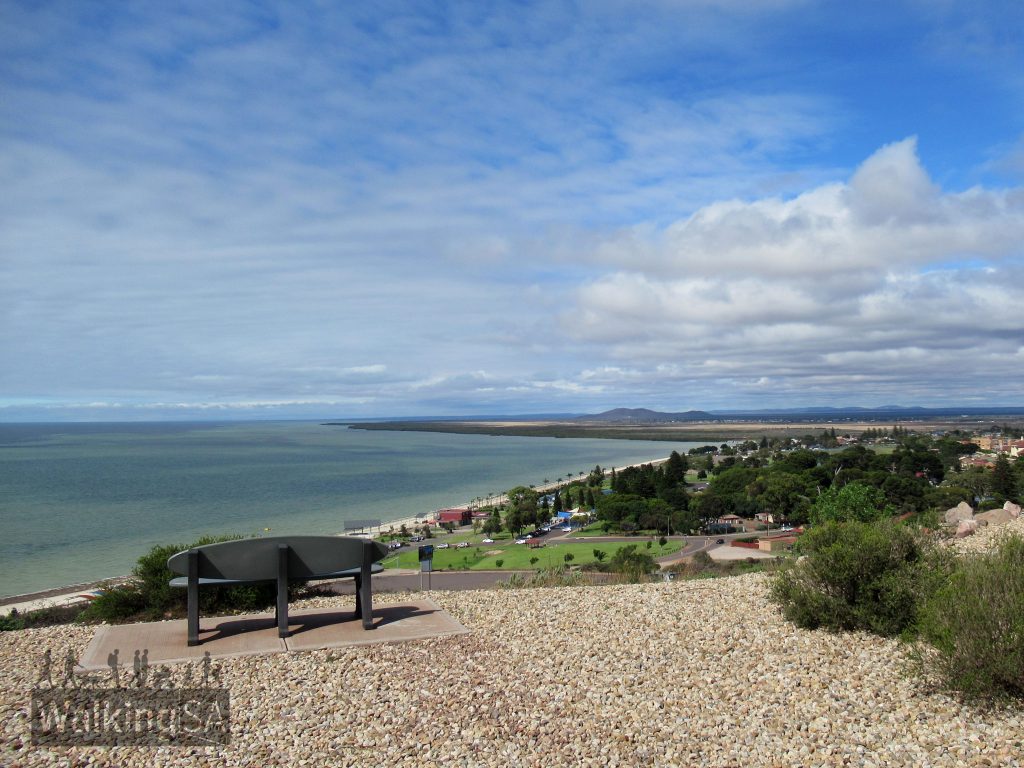 Views over Whyalla along the coast and of Spencer Gulf 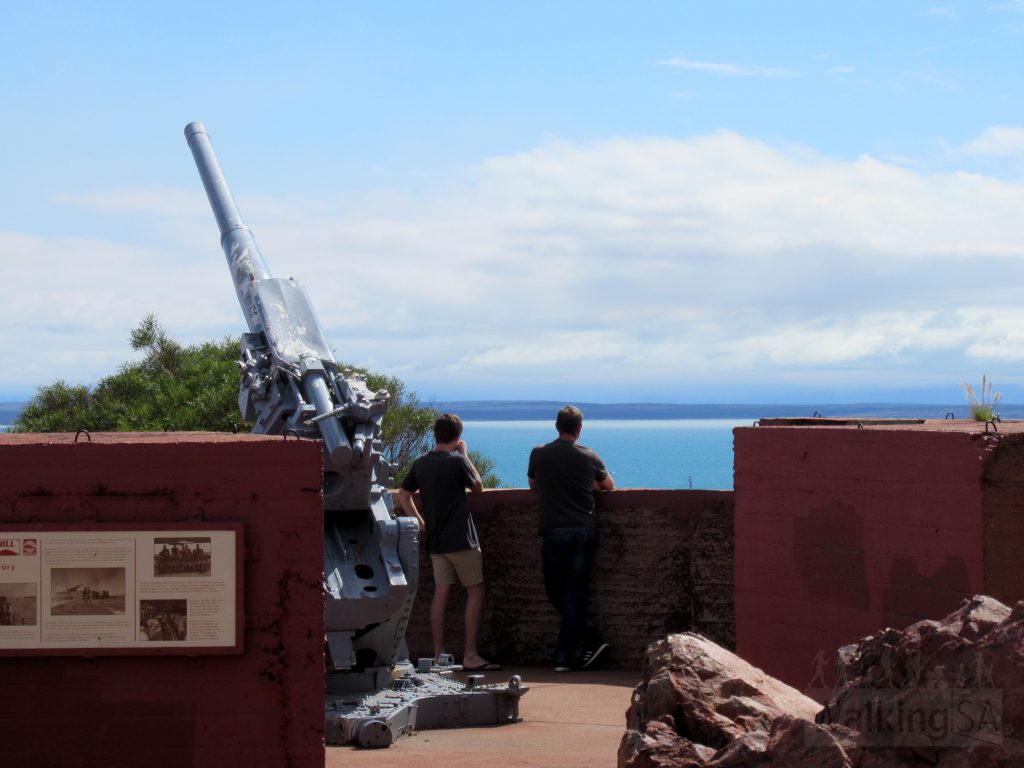 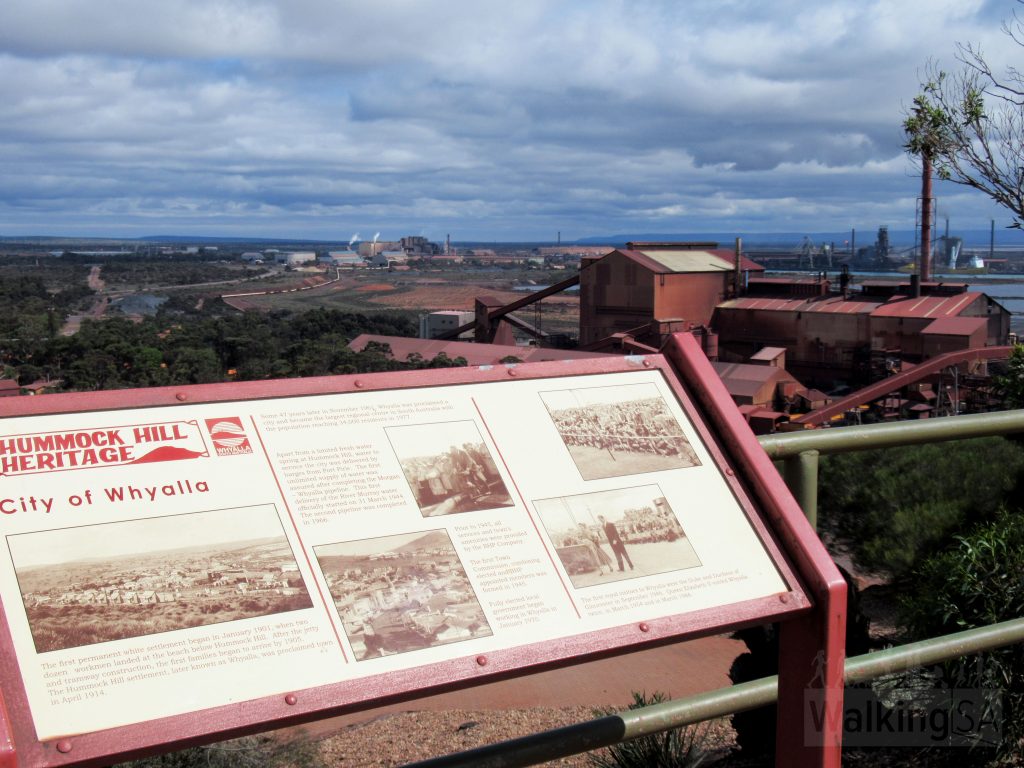 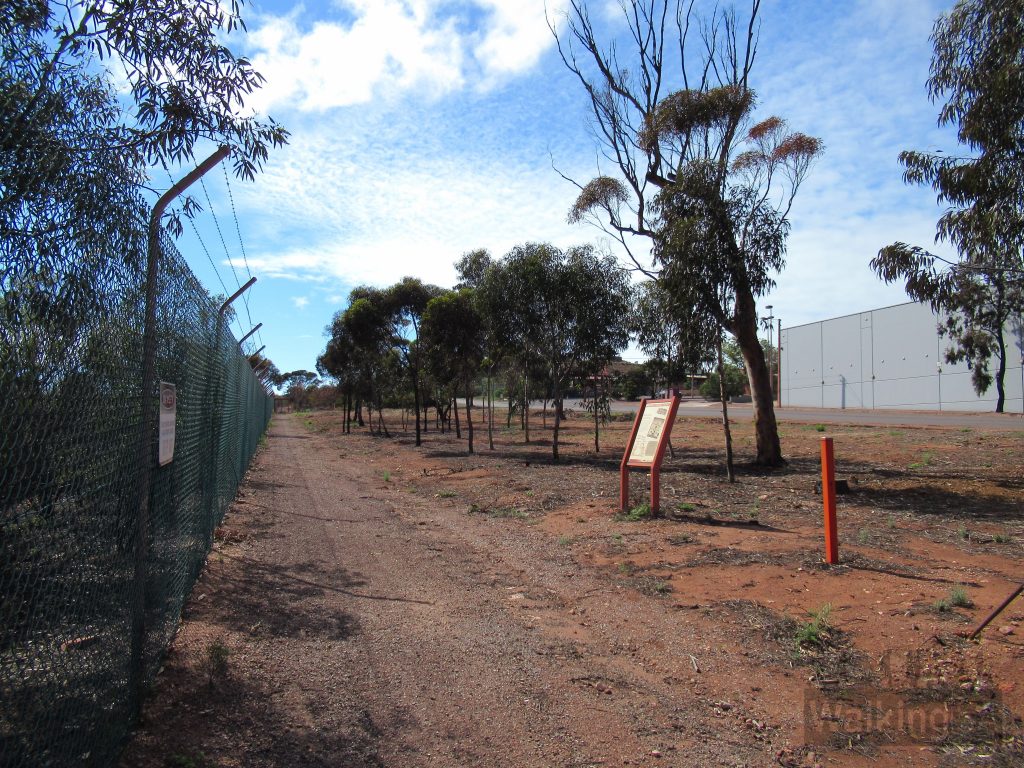 The trail up to Hummock Hill is a walking trail, but can be steep near the top 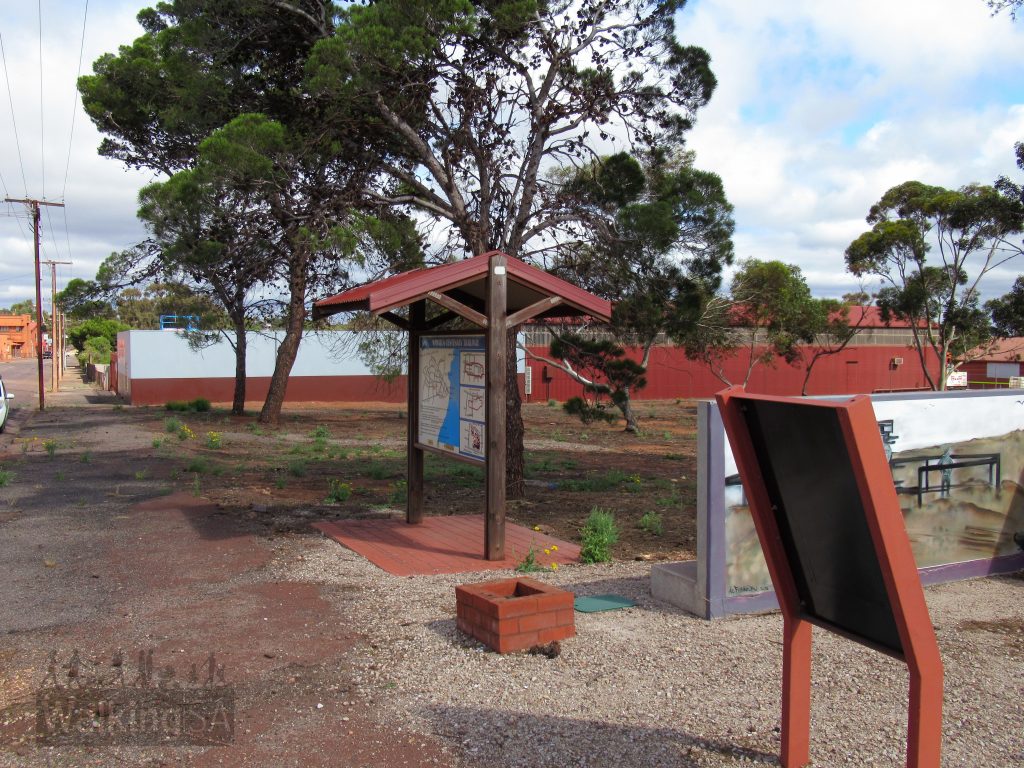 There is a trail info board on the corner of Horwood Street and Jamieson Streets. The trail along the streets is the footpath 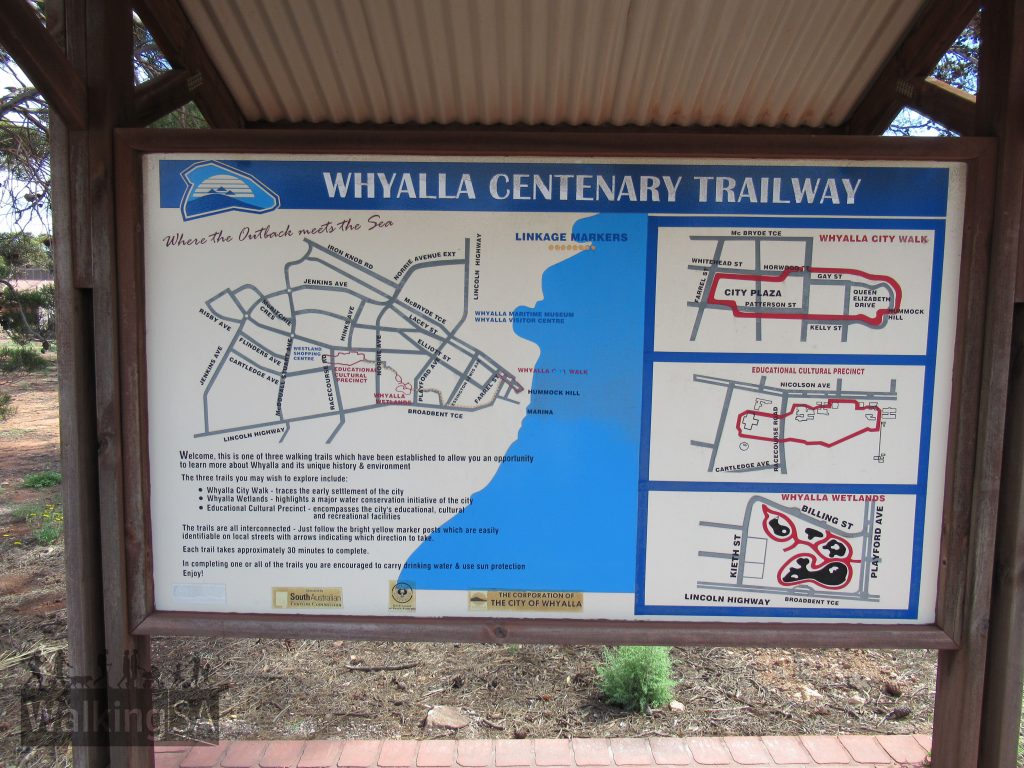 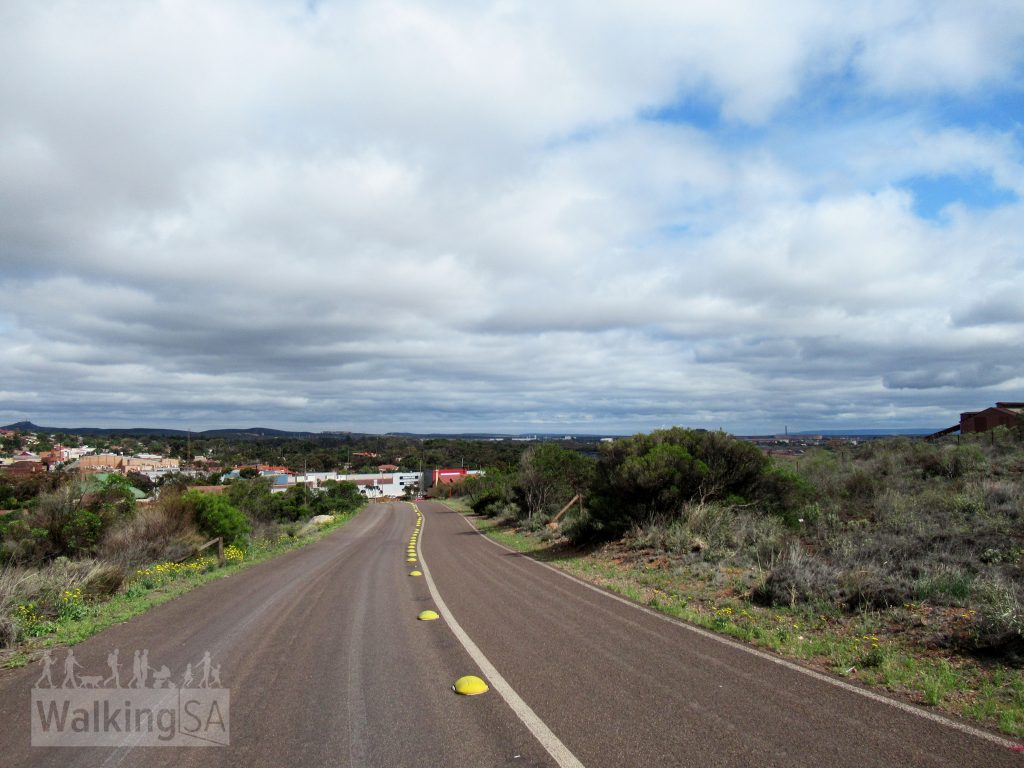 When walking clockwise, coming down from Hummock Hill, most trail users would identify the trail simply as a bike lane.