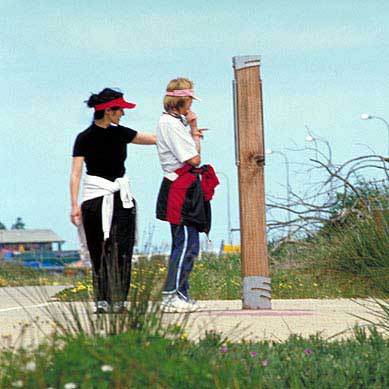 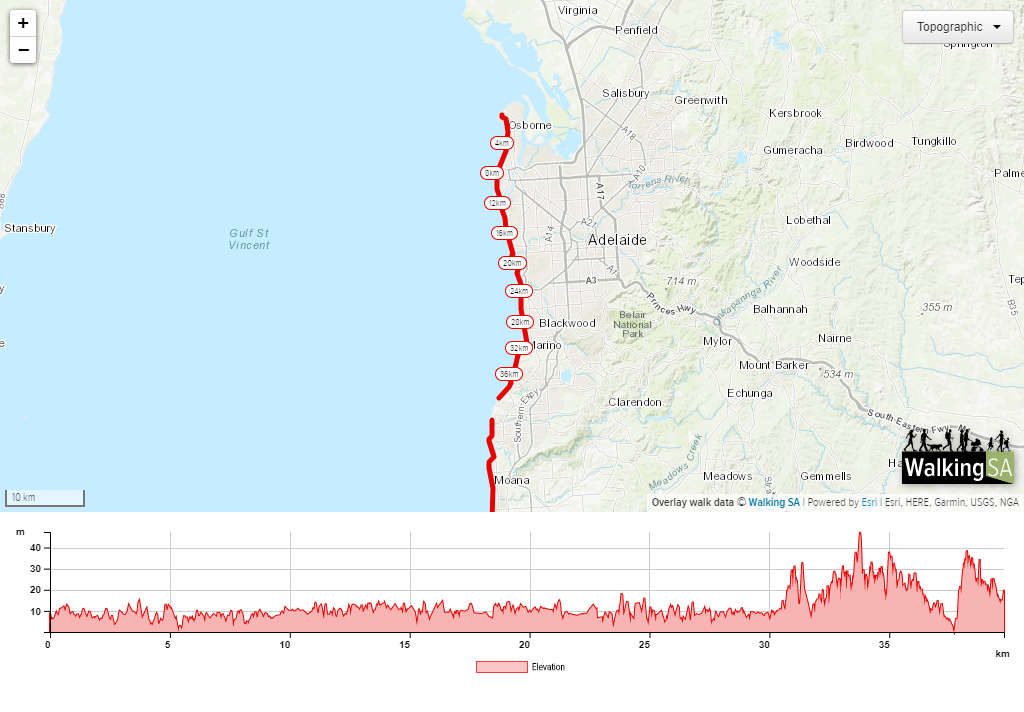 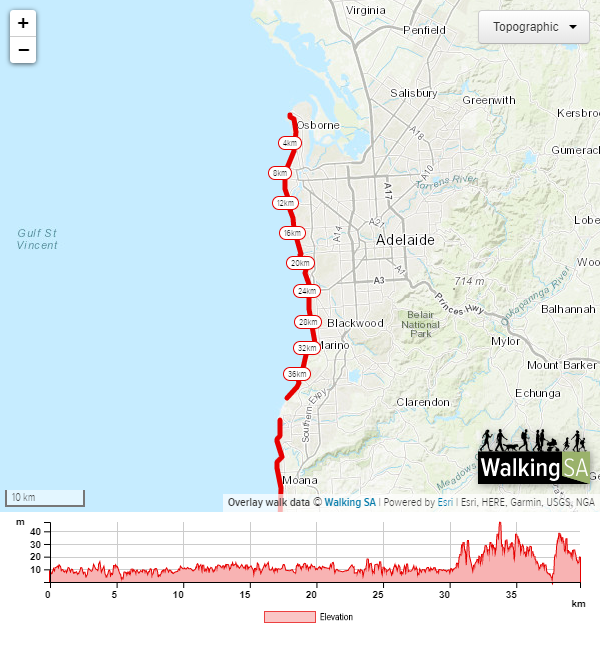 The Government of SA and six local councils have been working on a scheme to create a Coast Park, sometimes called the Coast Park Trail, – a 70km walking and cycling path along the metropolitan Adelaide coastline, from North Haven through to Sellicks Beach. It has been progressively developed since 1992.

The Park will include, as far as possible, a continuous two-way pathway or trail for walkers and cyclists along the coastal foreshore.

Yet to be Completed Sections

The vision for the trail is continuous two-way shared pathway. However, there are some missing sections and sections where a wider pathway are yet to be completed: 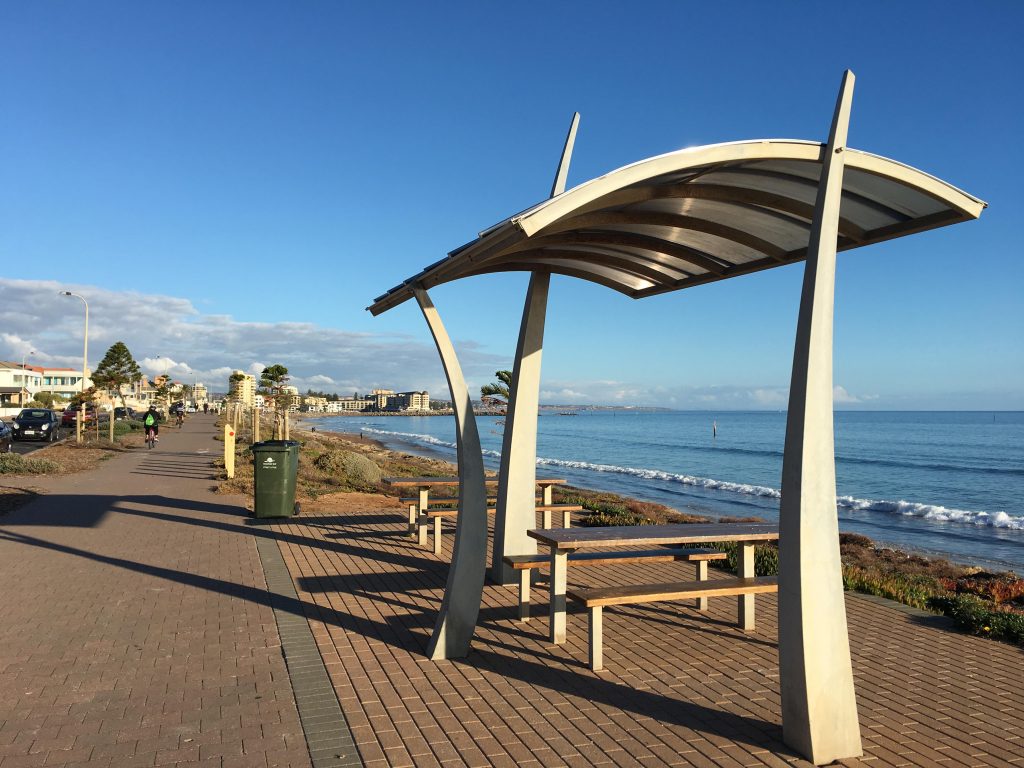 A picnic area on the Coast Park Path at West Beach, heading to Glenelg 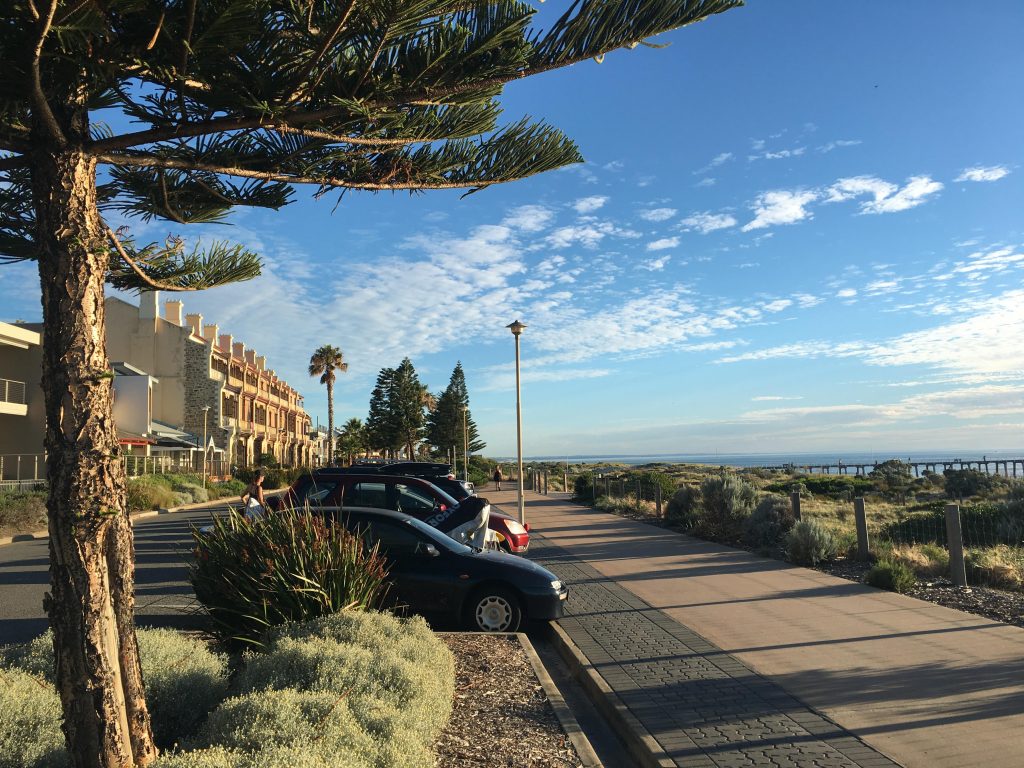 The Coast Park Path at Grange, following the Esplanade, sand dunes and the beach

The Coast Park Path follows Adelaide's beaches, like this one at Grange 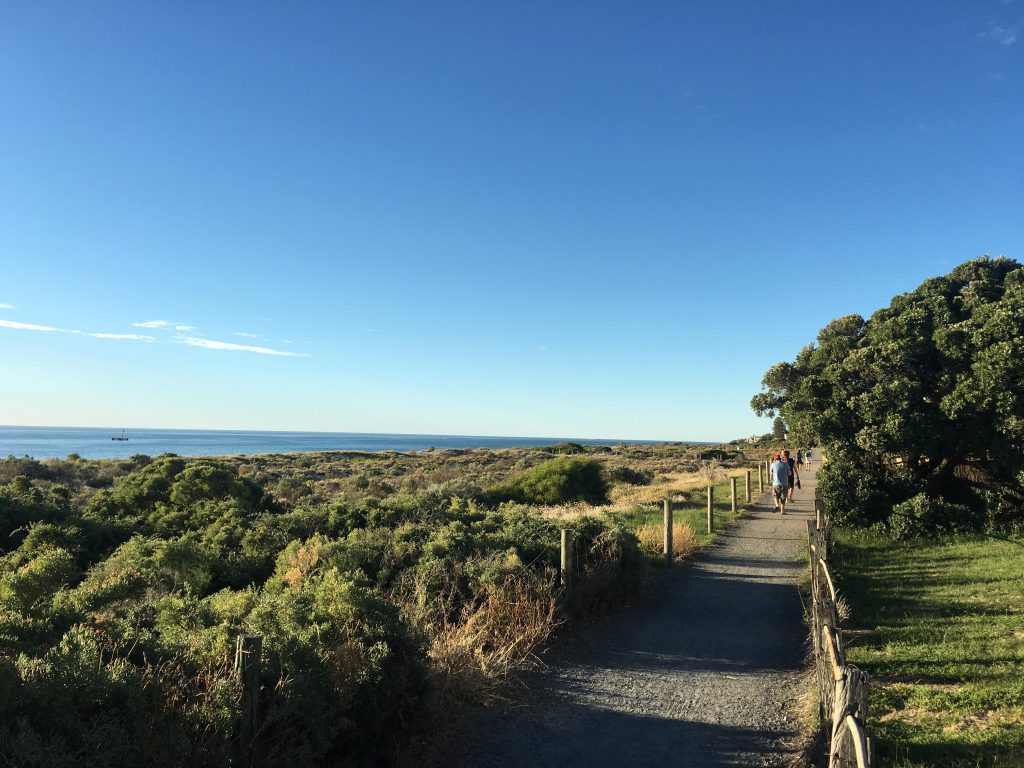 The Coast Park Path between Grange and Tennyson 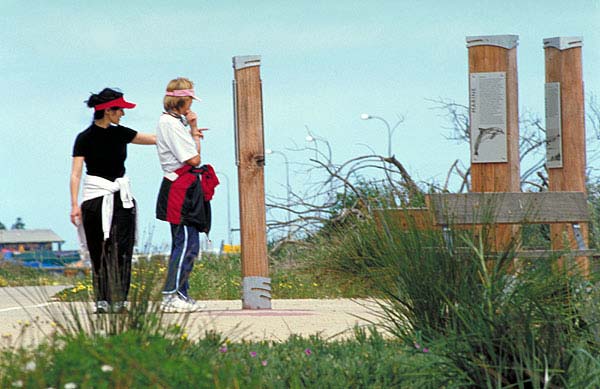 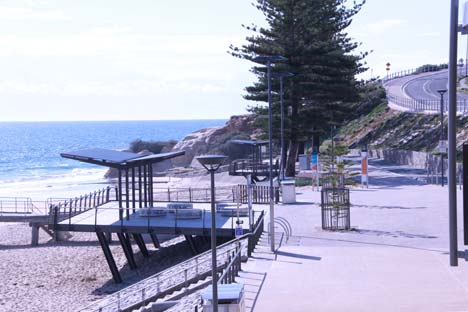 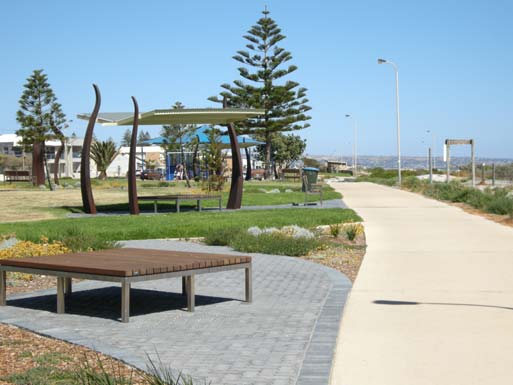 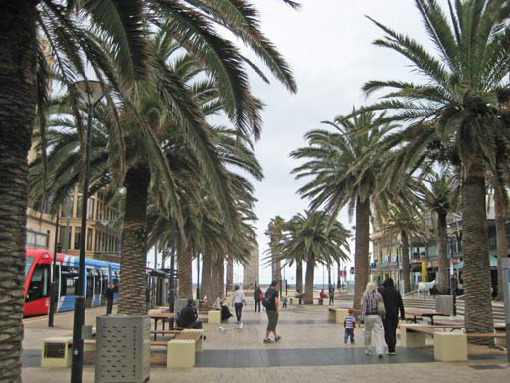 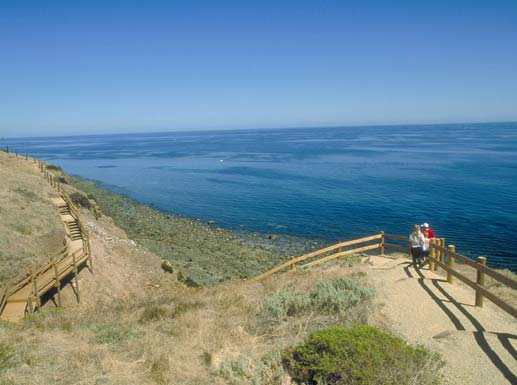 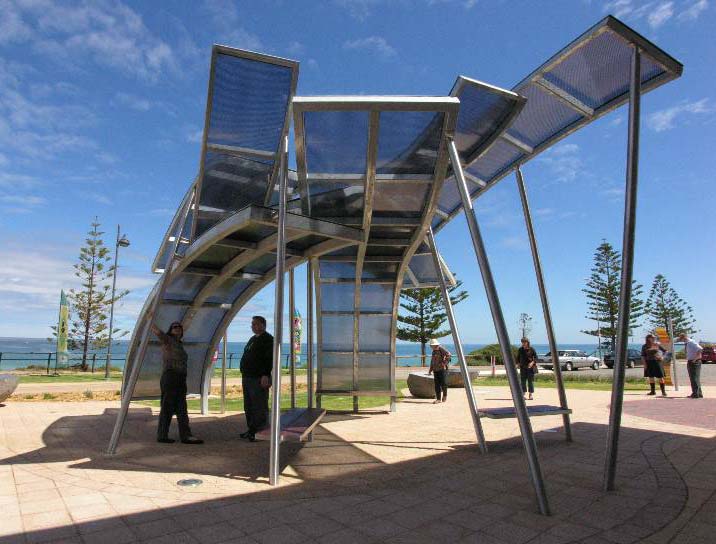 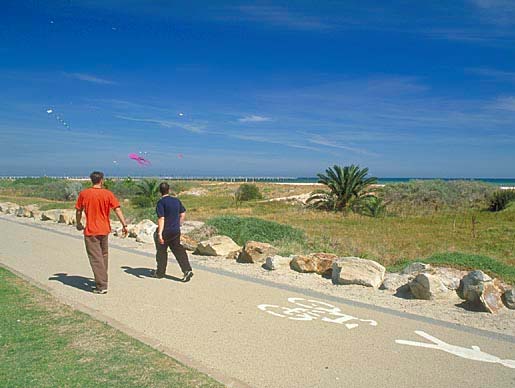 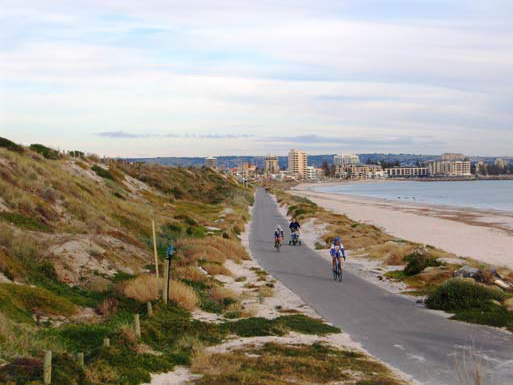 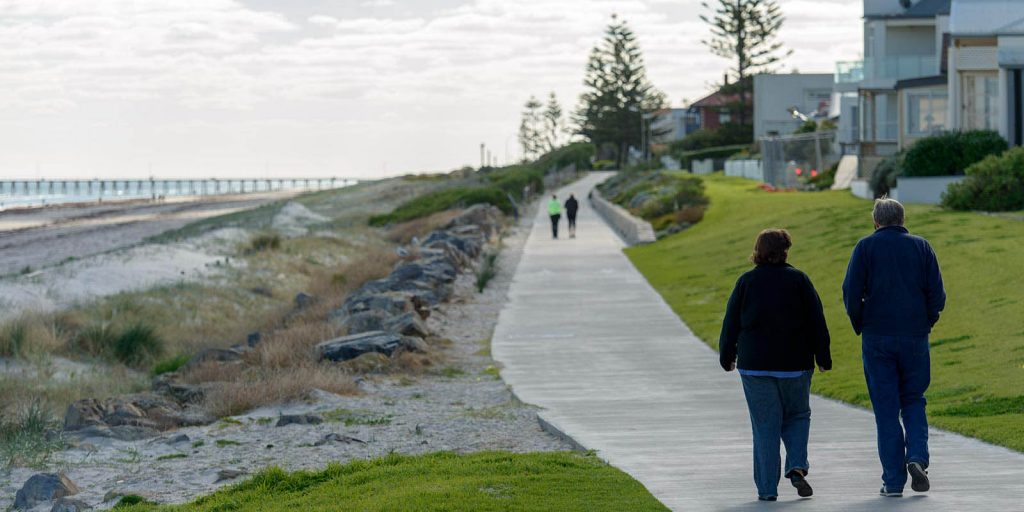 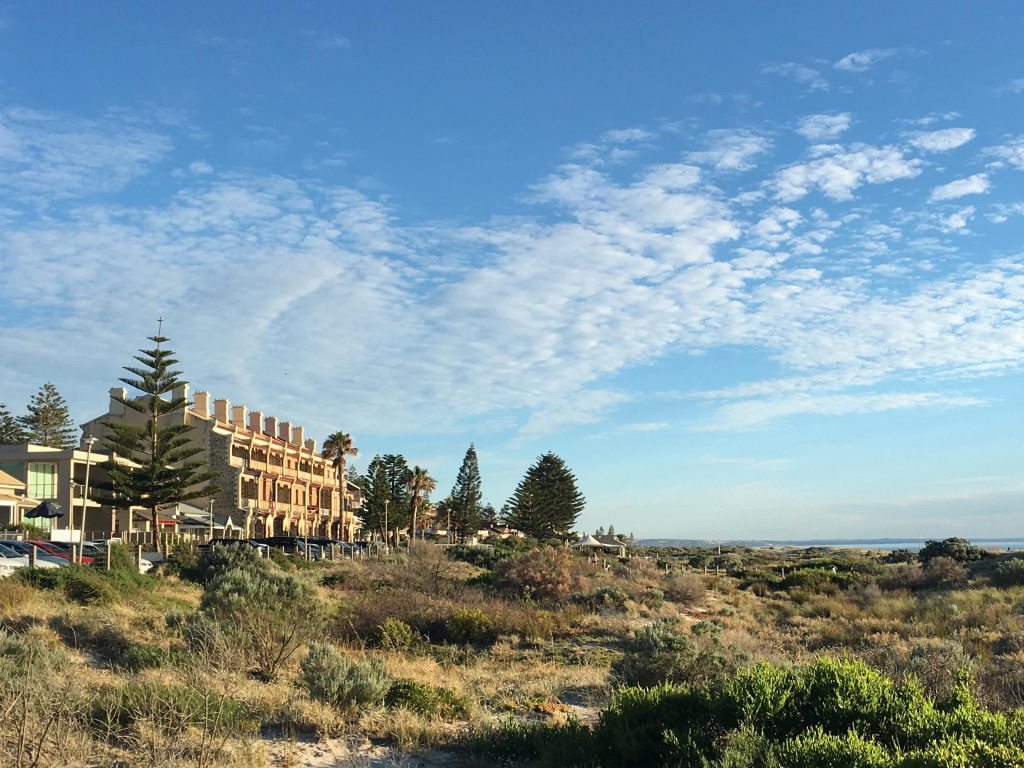