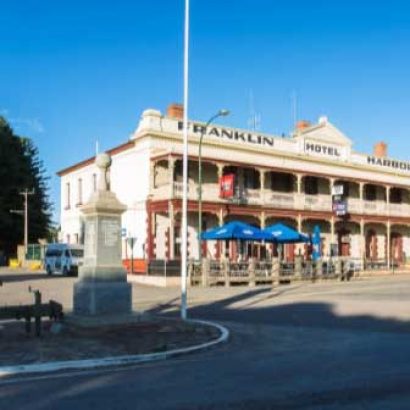 Take a walk around the town on this self-guided heritage walk, reading about the history of the buildings in Cowell.

The first recorded sighting of this area was in 1802, when Captain Matthew Flinders reported a large lagoon visible from the masthead of the “Investigator”. The “Lagoon” was named Franklin Harbour by Governor Gawler in 1840, after the eminent explorer and Tasmanian Governor Sir John Franklin, who as a young man had been a midshipman on the “Investigator”. Although first settled in 1853, the township itself was not given its present name until 1880, when Governor Jervois named it Cowell, after Sir John Cowell, a brilliant English Army Engineer. Until that time it had been known as Lake Flinders, another name conferred by Governor Gawler in 1840.

We suggest you start your walk at the Lions Park/Foreshore Area. The route is approximately 4km long, allow 90 minutes to 2 hours.

Download a brochure or visit the Visitor Information Centre at 8 Main Street to pick up a printed brochure of the walk.

The brochure has been prepared by the District Council of Franklin Harbour with the help of Barbara Schultz.

Franklin Harbour Hotel. The single storey was built in 1881. Mr Edward Speed bought the Hotel in 1897 and a second storey was completed in 1907. Some of the first church services were held in the Hotel prior to the establishment of a church. 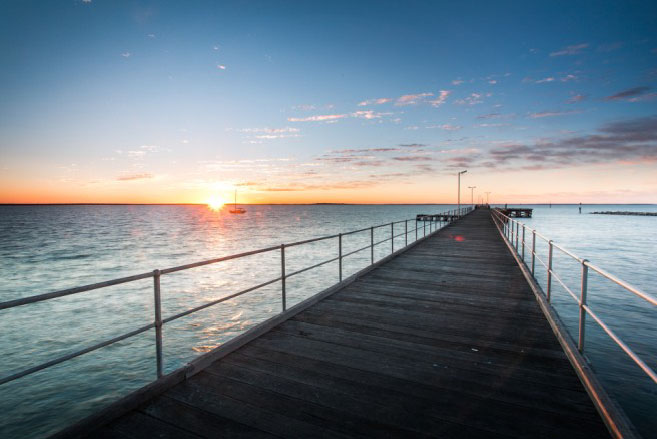 Cowell jetty. Built in 1882 the Government was not interested in upgrading the facilities, so on the formation of the District Council of Franklin Harbour in 1888, tolls on cargo were introduced to finance further upgrades. In 1901 the sea end of the jetty was widened by 200 feet and extended by 300 feet in 1904. The jetty became a very important shipping port. From 1908 the Steam Ship “Rupara” with her magnificently appointed public rooms and accommodation for passengers, called at Pt Lincoln, Tumby Bay, Cowell & Wallaroo, providing a five day cruise called “The Gulf Trip”. The last passenger vessel to call at Cowell was the “Morialta” in the mid 1950’s. 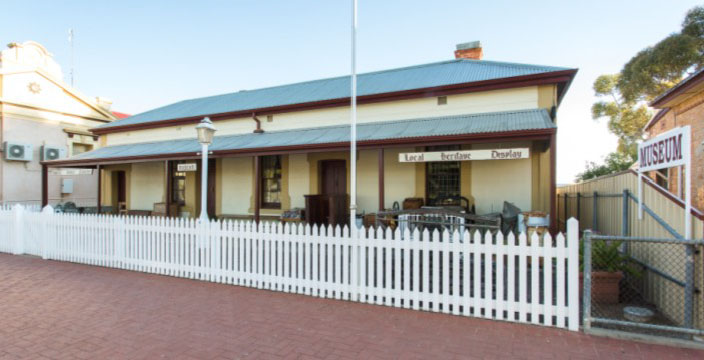 The Cowell Museum. Built in 1888 as the Post & Telegraph Office and Post Masters residence. Since 2003 this building has belonged to the District Council of Franklin Harbour, it has been transformed into a Museum, take a look around for a trip back through time to see a wonderful display of the district’s heritage.