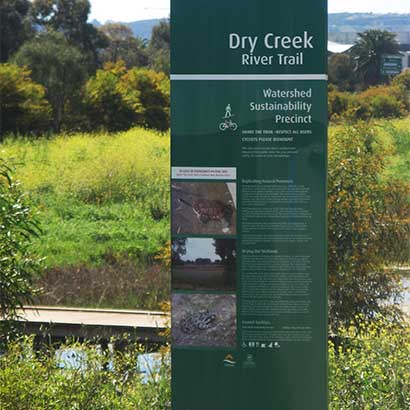 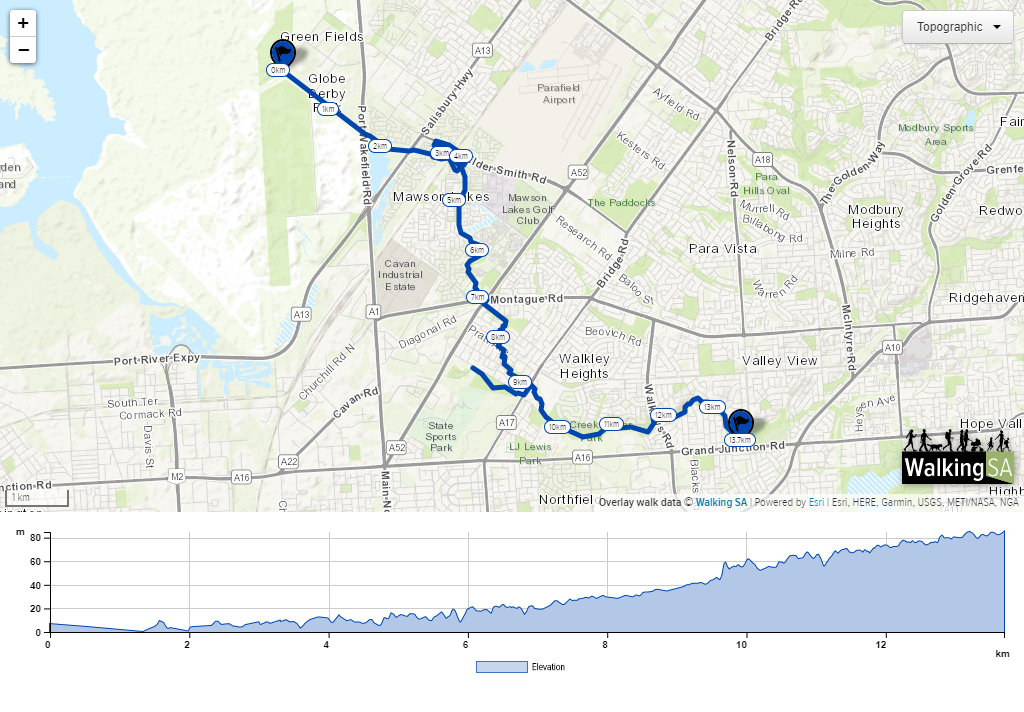 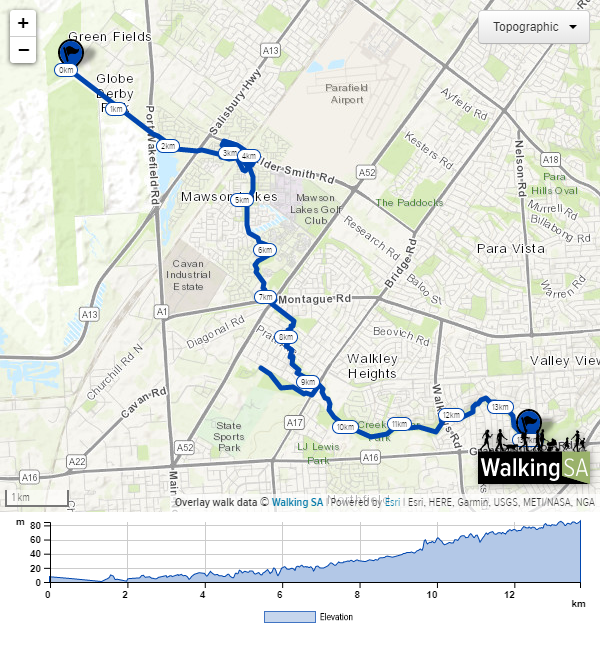 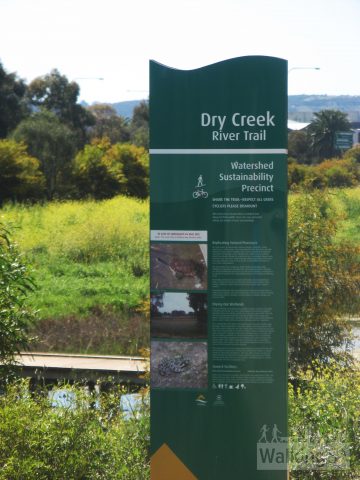 The Dry Creek Trails are a network of walking and cycling trails that traverses 14km from the hilly escarpments to the sea, passing through remnant areas of eucalyptus woodlands and grasslands. The trail explores the river and its reserves:

Some short sections in Pooraka, along Lake and Pratt Avenues, and near the Bridgeway Hotel (near Bridge Road), are roadside footpaths.

The trail passes underneath Port Wakefield Road (due for completion September 2015) and Salisbury Highway. The main trail crosses the railway line in Mawson Lakes via the Elder Smith road bridge a short distance north of Dry Creek (via the bridge at the railway station), although during dry conditions some trail users may cross underneath the railway directly beside the river.

The trail is managed by:

Download the excellent map from the City of Salisbury, that shows all the trails within the Dry Creek Trail network, including access points, trail reserves and facilities. 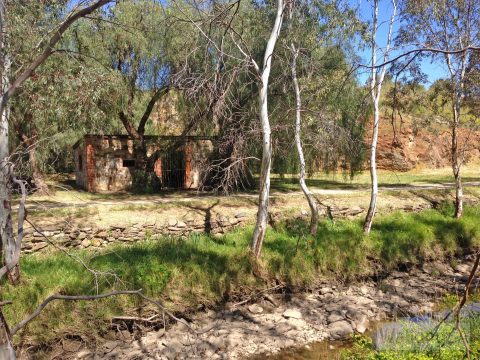 The land adjacent Dry Creek is a landscape of change, originally taking the form of a seasonal river delta with tidal salt marsh. Construction of tidal levy banks and channelization of Dry Creek from c. 1880 to 1940, created grazing pastures and subsequent holding yards for cattle transported to the Cavan Abattoir. The recent development of Mawson Lakes (1990 to 2012) saw parts of the river developed into a picturesque seasonal stream.

Between Bridge Road and Walkleys Road historical buildings and structures have survived within the park from the days when the quarries were worked by inmates of Yatala Labour Prison, and date back to the early years of the Adelaide colony. These include the Yatala Powder Magazine, Blacksmith’s Shop, several guard lookout posts and a cottage, which remains on the former R M Williams property.

During the development of Mawson Lakes a number of Aboriginal burial sites were identified with the area formerly known as Greenfields. Archaeological Reserve, Sanctuary Drive is a rehabilitation archaeological site with endemic planting groups to honour the cultural significance of the site.

John Walkley, a farmer, arrived in Adelaide from England in 1840. He first settled in Dry Creek, and then later moved to Northfield. The Walkley farm was bounded by Walkleys Road to the west and Grand Junction Road to the south. The farm remained in the family until it was sold in about 1950.

The land adjacent to the prison was purchased by Reginald Murray Williams in July, 1951. R M Williams’ impressive homestead was built using stone from a quarry on Dry Creek. After the land was taken over by the Department of Correctional Services in the 1980s, the homestead was demolished, because it was thought that it may be used as a hiding place by prison escapees. A small cottage, which was build as stockmen’s quarters, the stable and the ruins of the pump-house next to the creek still remain. 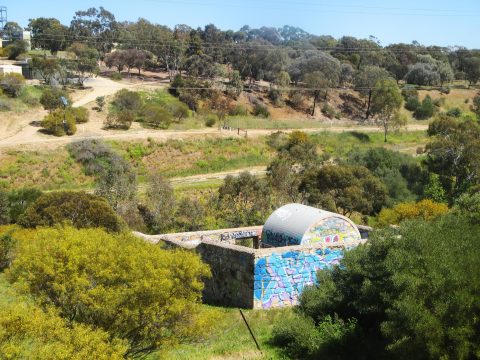 Yatala Labour Prison began in July 1854 when twenty-five convicts were transported from Adelaide to the 160-acre reserve at Dry Creek, where they were to began quarrying stone for use in the construction of buildings and roads. In the late 1850s a branch railway was build to the quarries from the Gawler railway, to transport quarried stone.

The prisoners, many of them in chains, worked the quarries for eight hours a day.

The Blacksmith’s Shop was built in 1854, the guard towers in 1879 and Yatala Powder Magazine in 1879. THe Magazine was used to store explosives for the quarry operations. The magazine had thick stone walls, internal timber lining, perimeter guard walls and a special lightning conductor to protect the sensitive explosives from the risk of sparks and fire.

The prison quarries were worked until the late 1960s. 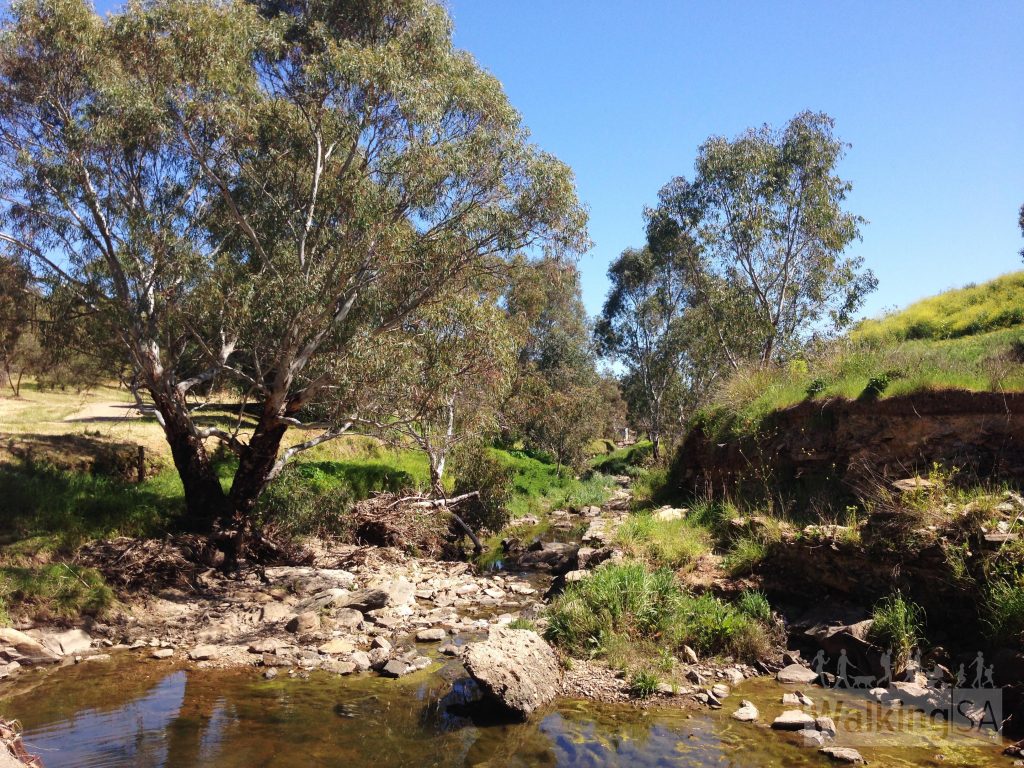 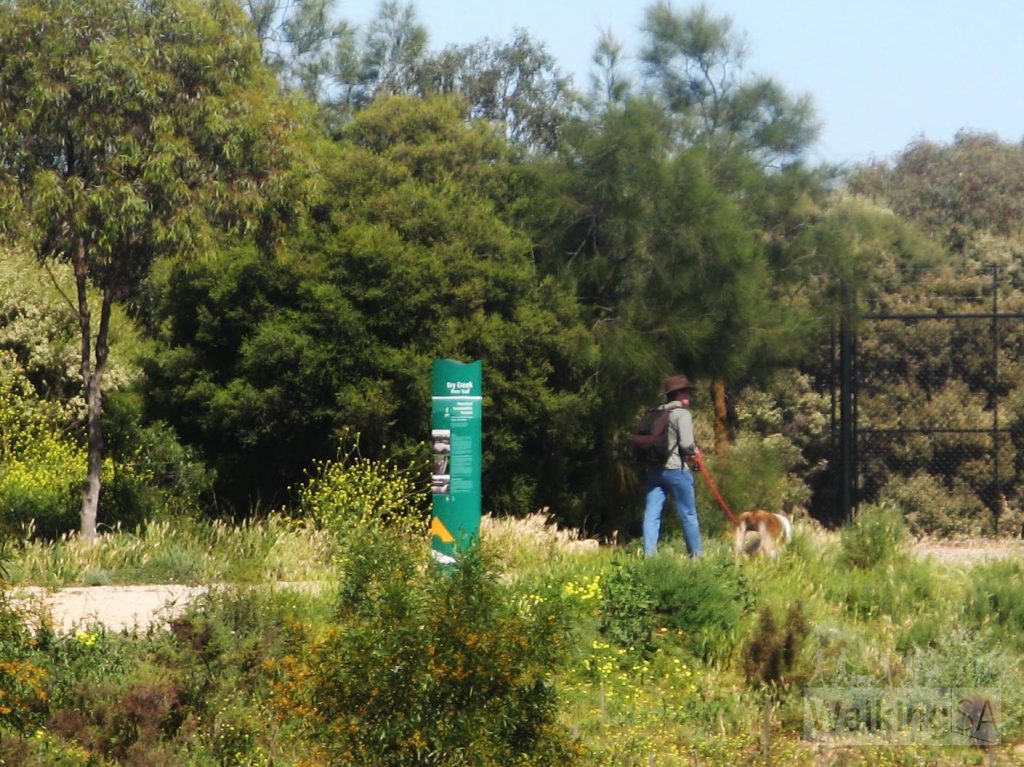 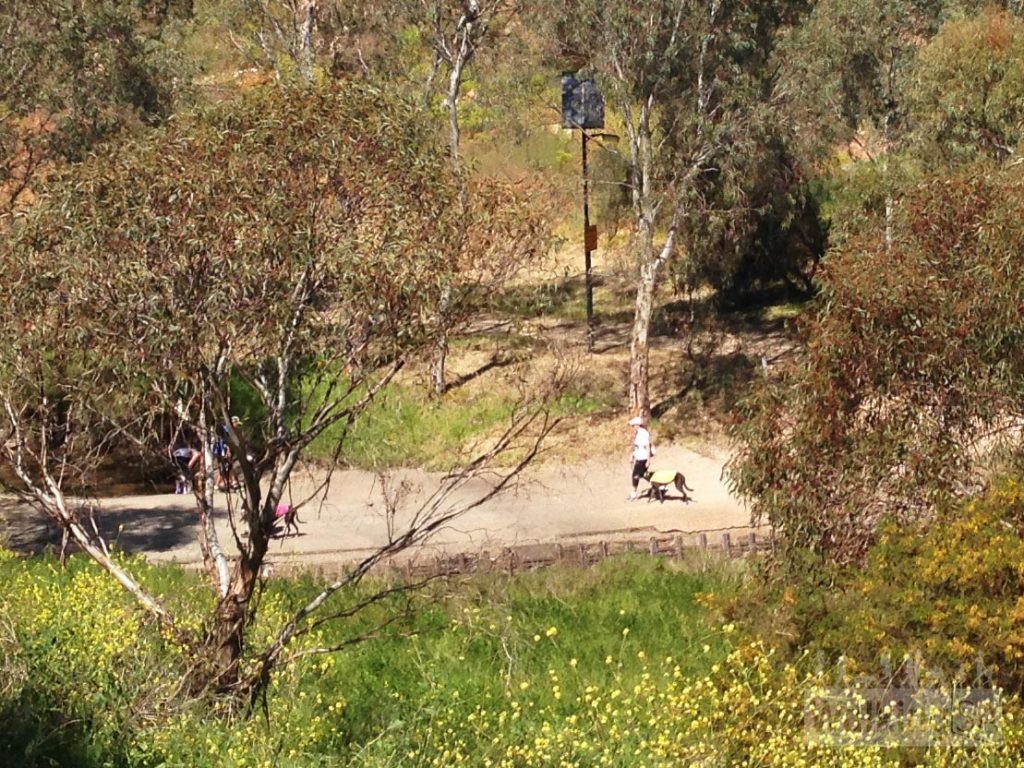 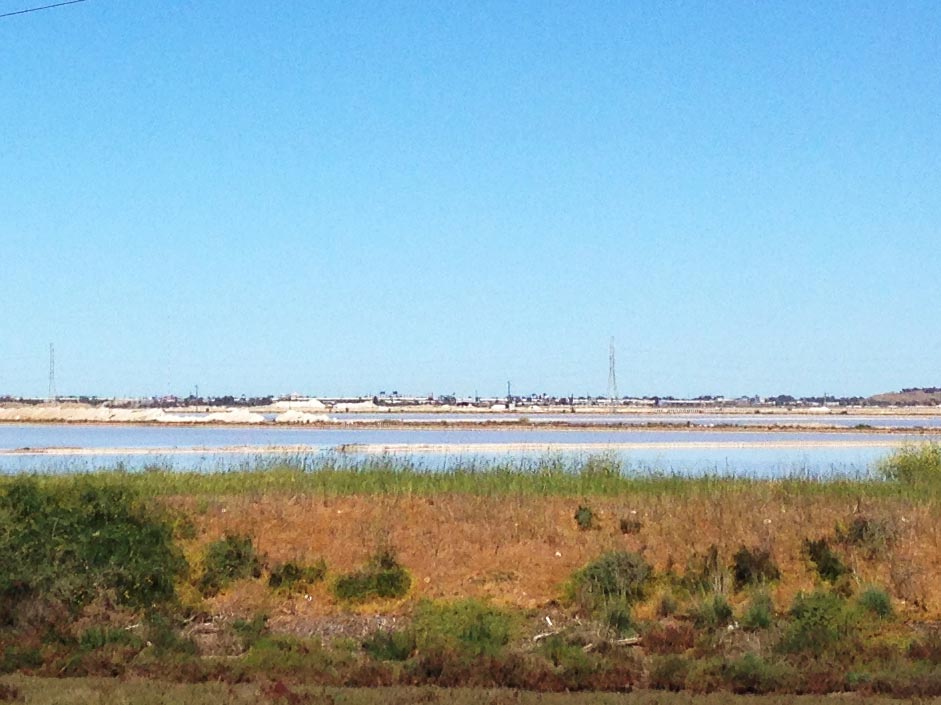 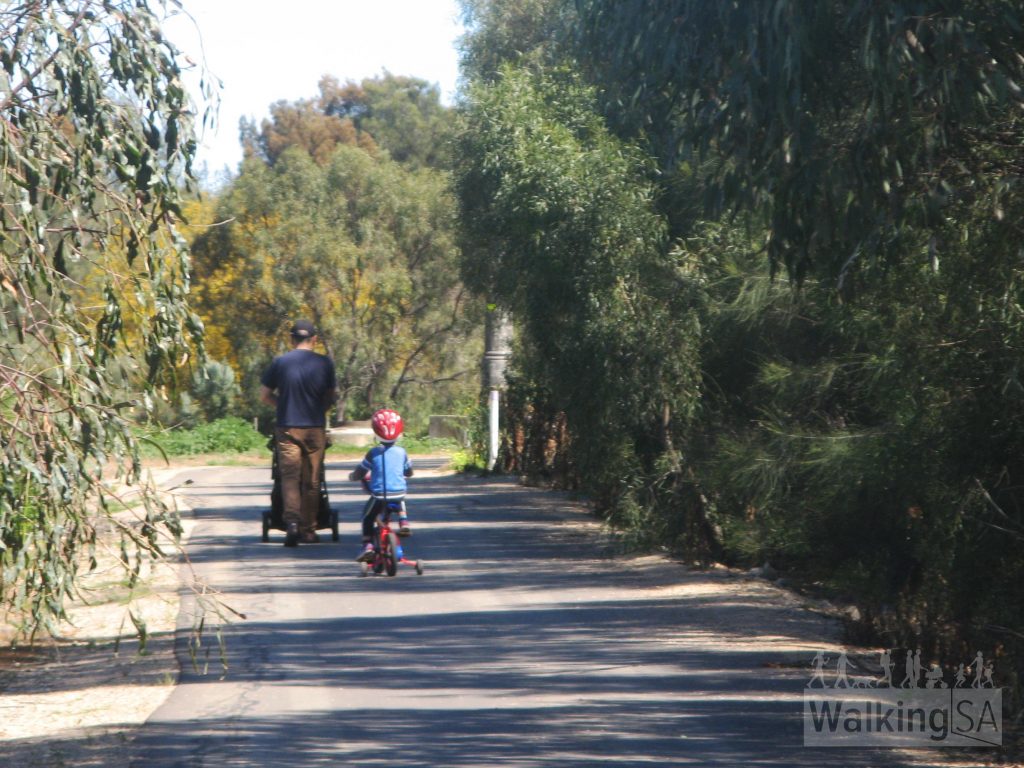 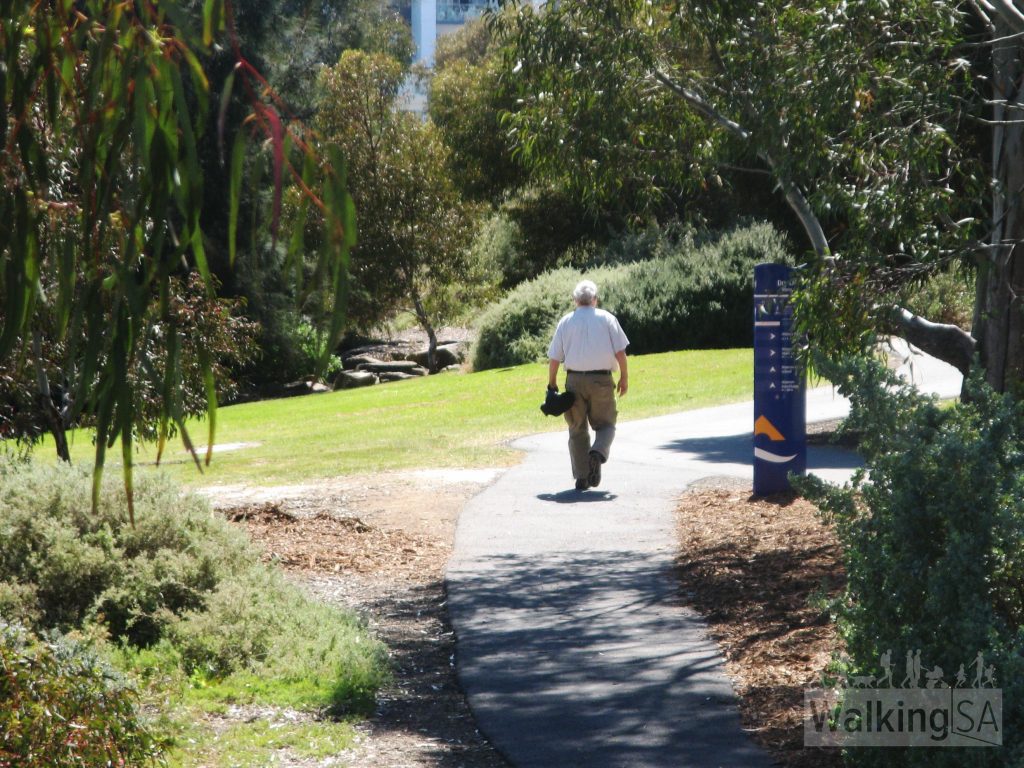 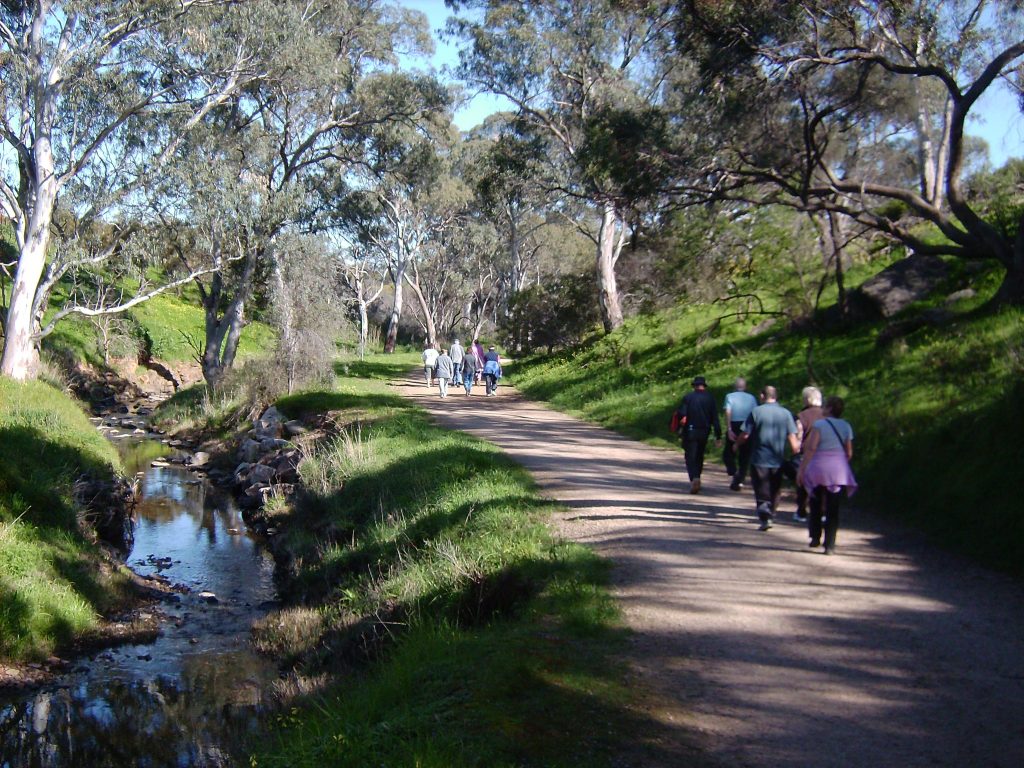 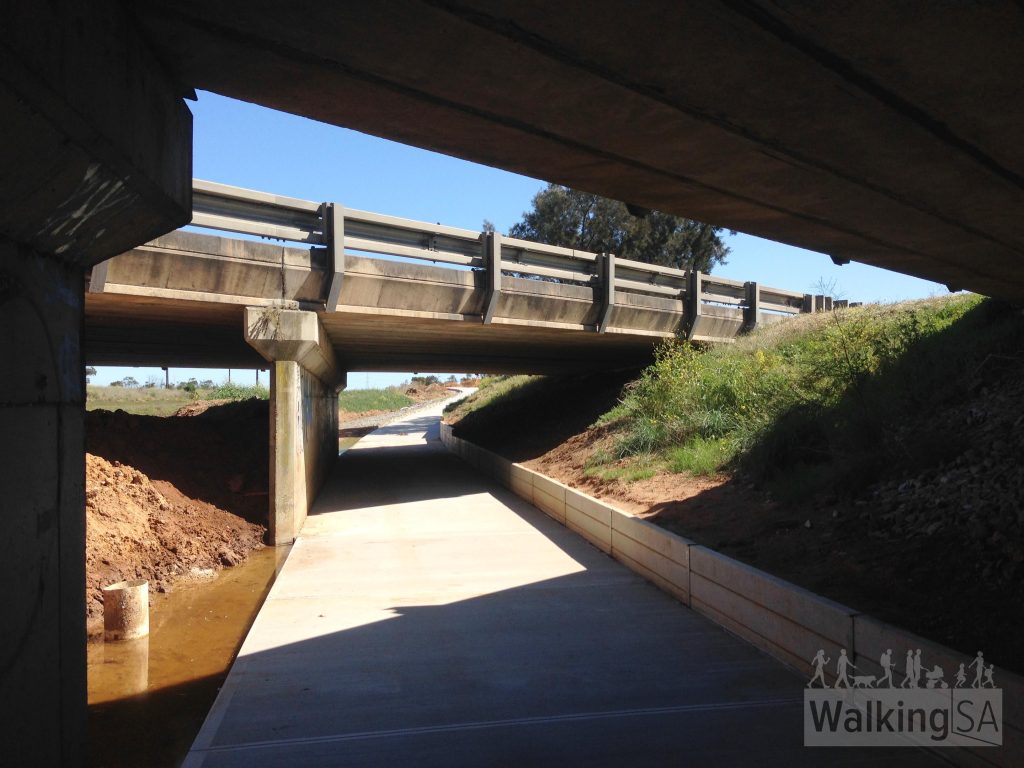 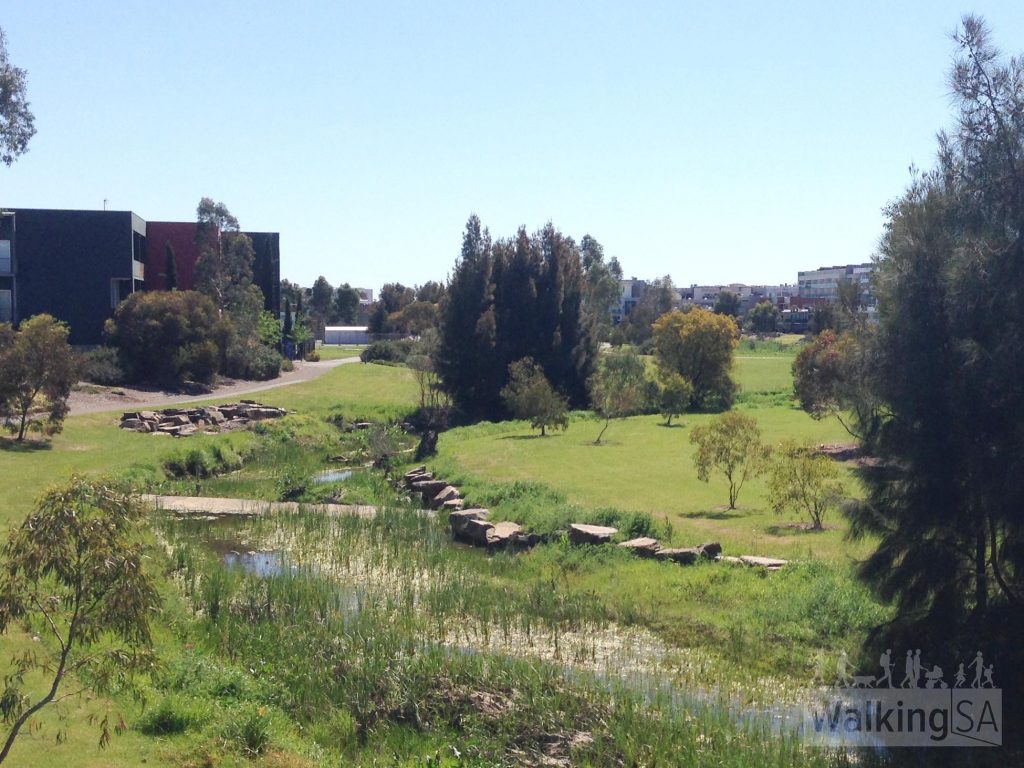 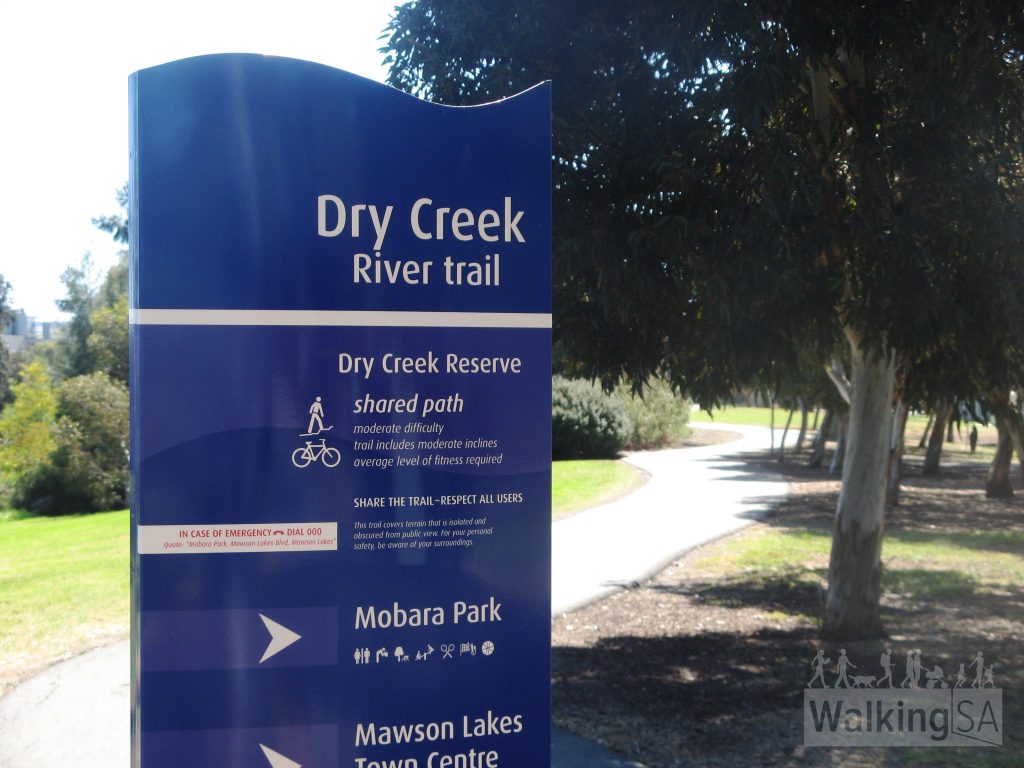 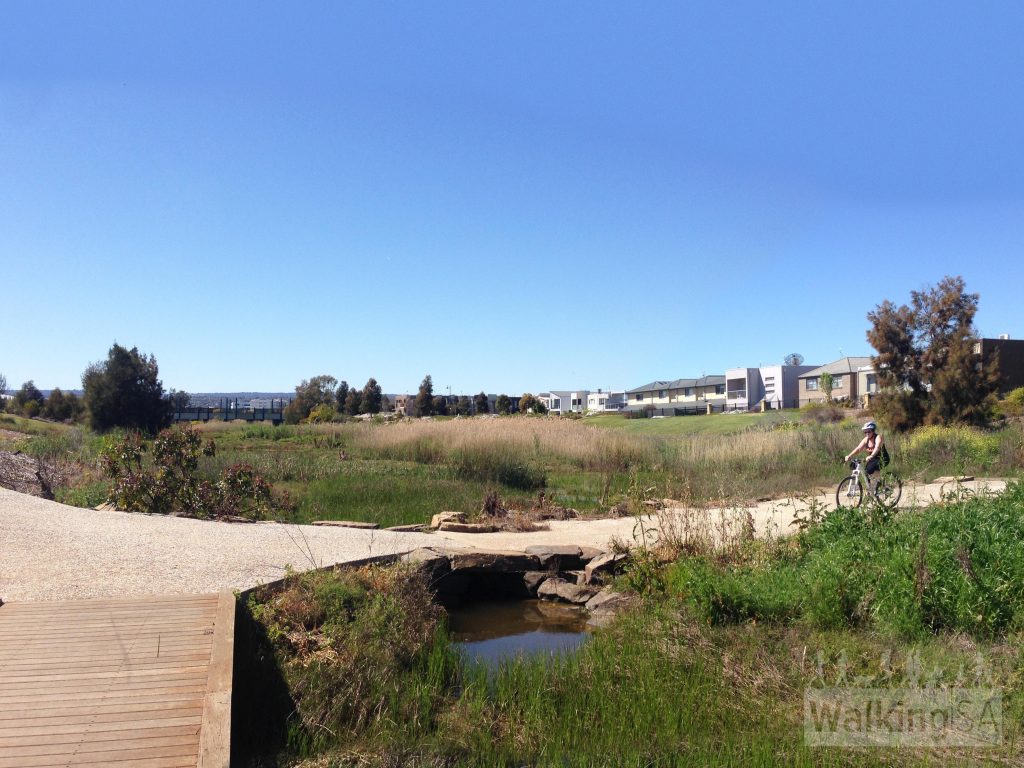 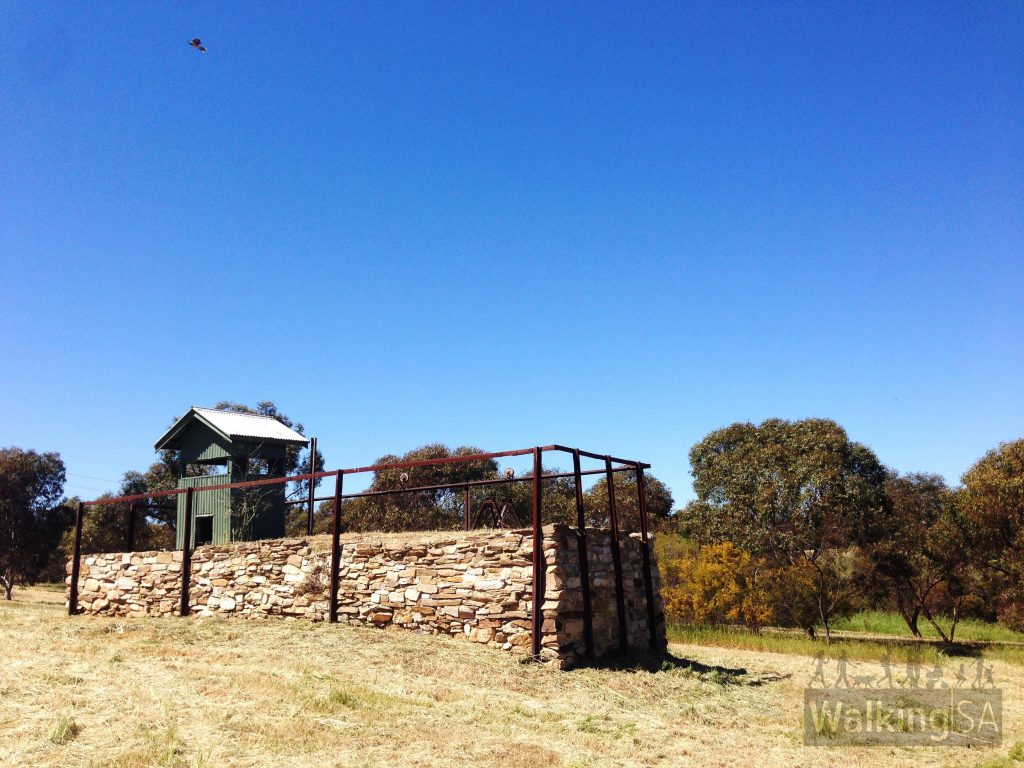 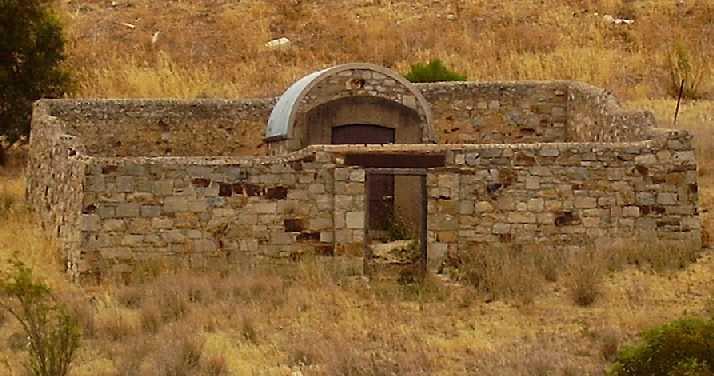 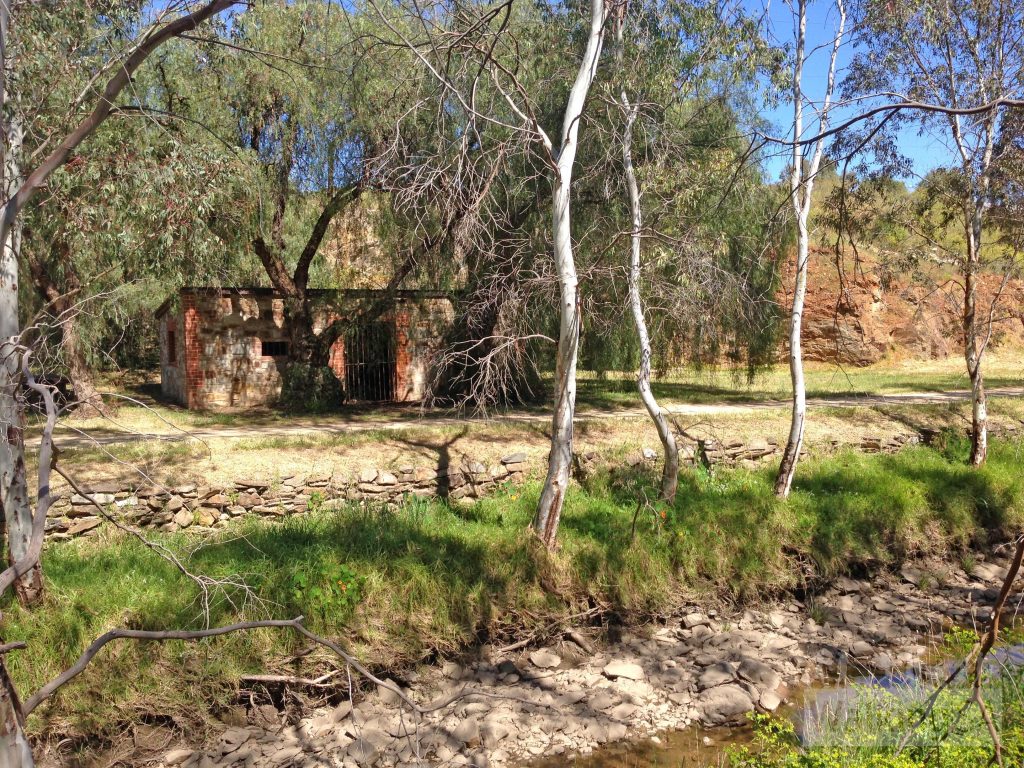