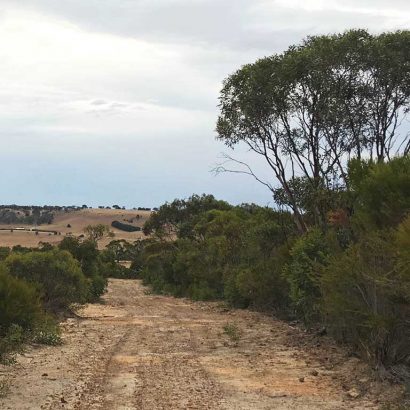 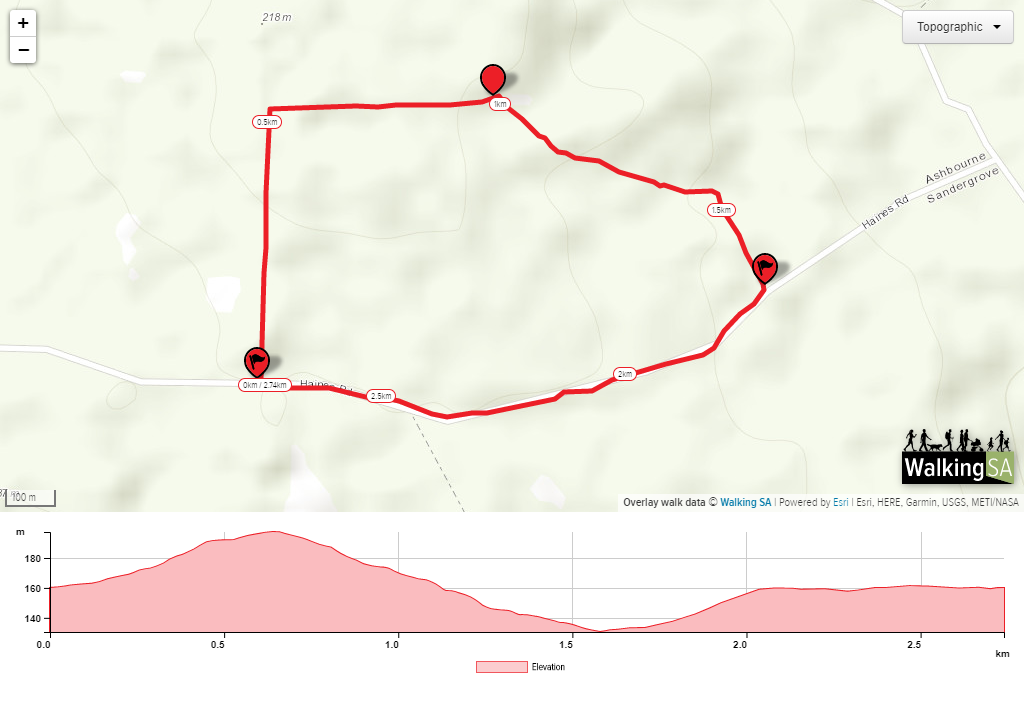 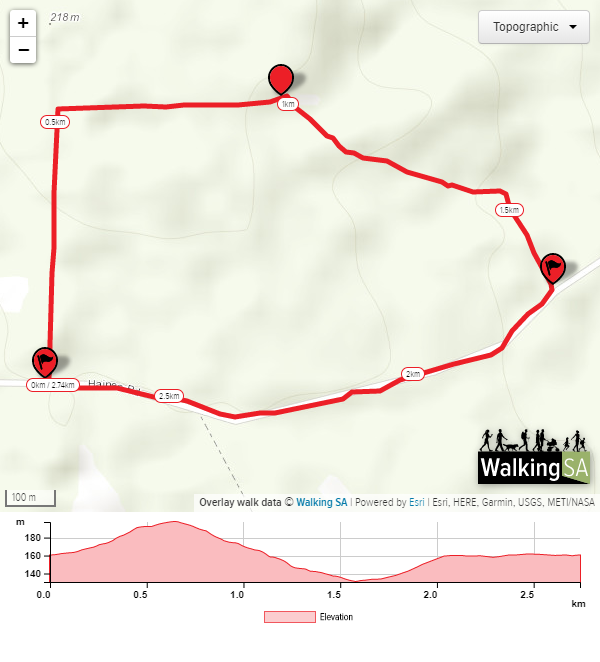 This hike traverses dense mallee eucalypt heathland, with an abundance of acacias, banksia, tea-tree and hakea.

This is the easiest to follow of the three trails in Bullock Hill Conservation Park. The trails are not well marked (there are some markers, the trails can be ambiguous sometimes), but this hike follows fire tracks so is relatively easy to follow. Use some caution in the north eastern corner of the hike, as some of the trails here heading south are less clear, although the land here opens up into clear country so isn’t too difficult to work out.

Some maps show the southern side of the walk, between the two trailheads, as being on a walking trail which is parallel to Haines Road. However, this trail is overgrown or never existed. Instead, follow the sandy and mostly closed Haines Road track.

You can start this hike from either:

Extend the hike by doing the Native Grasses Hike which is a combination of the Heathland Hike and Eucalypt Hike. 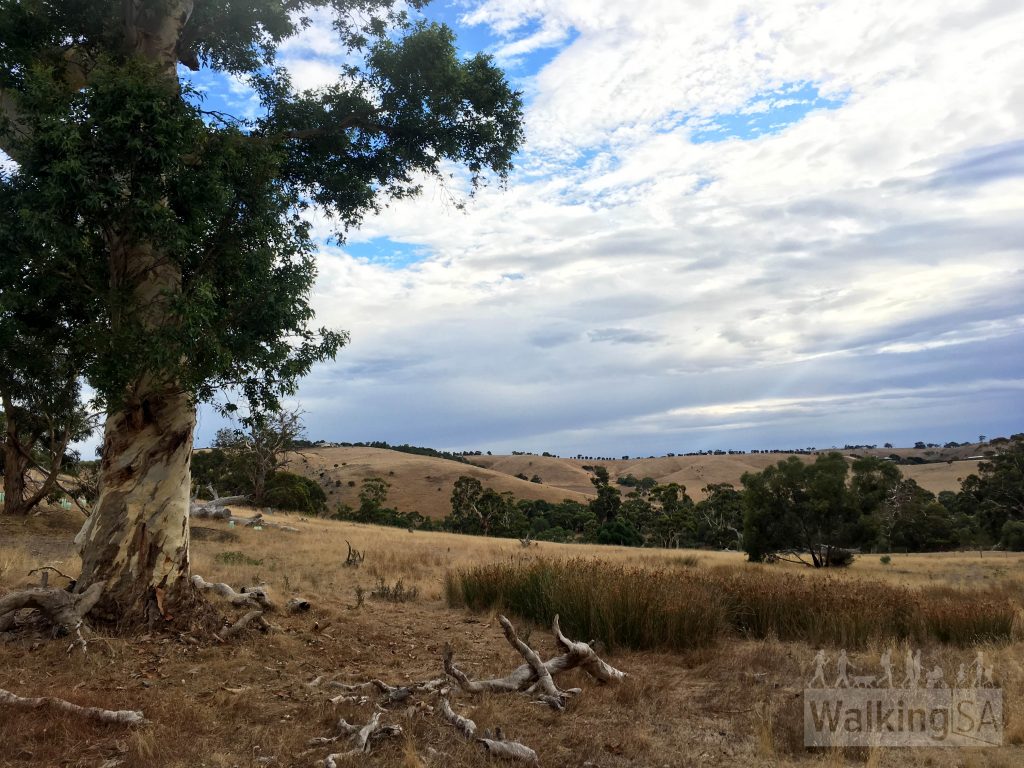 Walking on the Eucalypt Hike through the open grassland areas 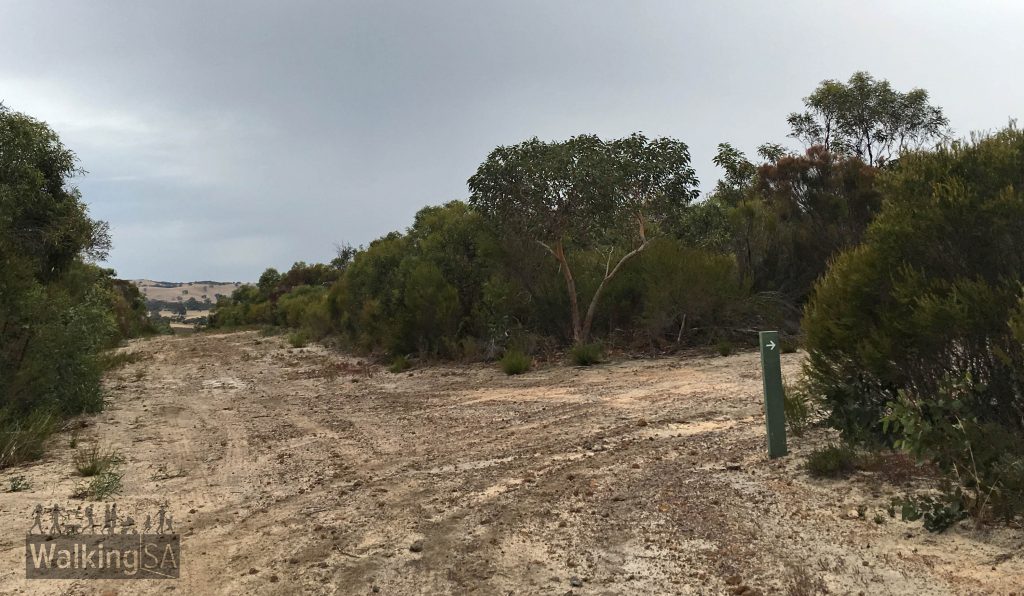 Following the fire tracks on the Heathland Hike 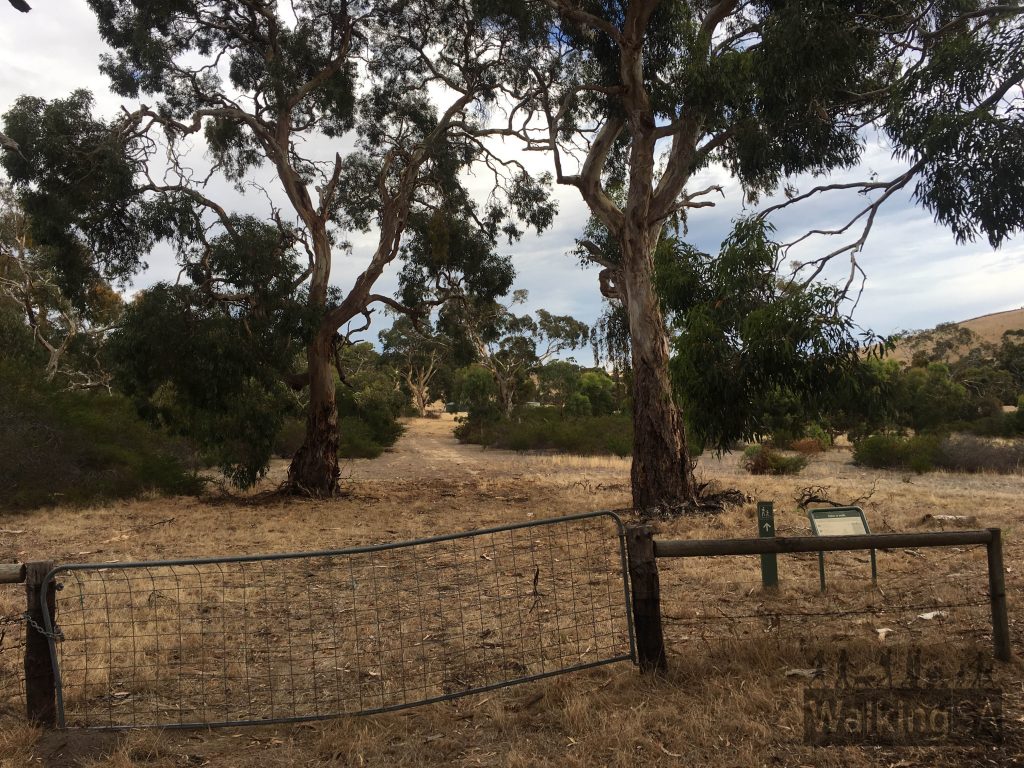 The trailhead at the eastern end of the park 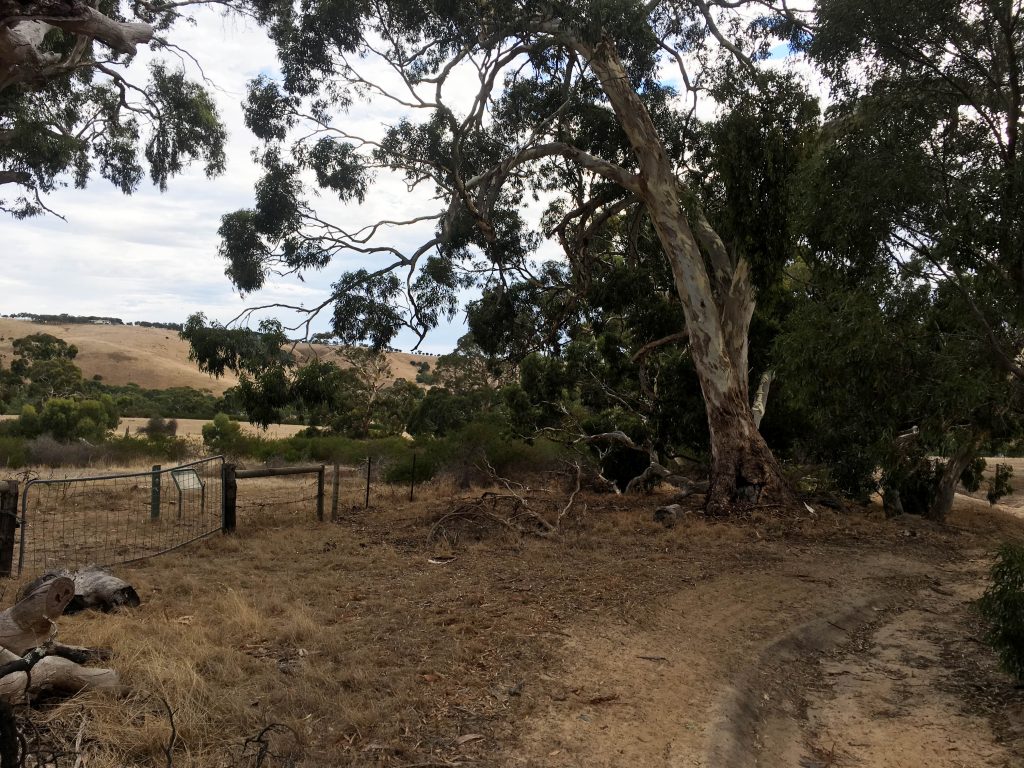 The trailhead at the eastern end of the park, on Haines Road. There is no carpark, but easy enough to park a couple of cars here. 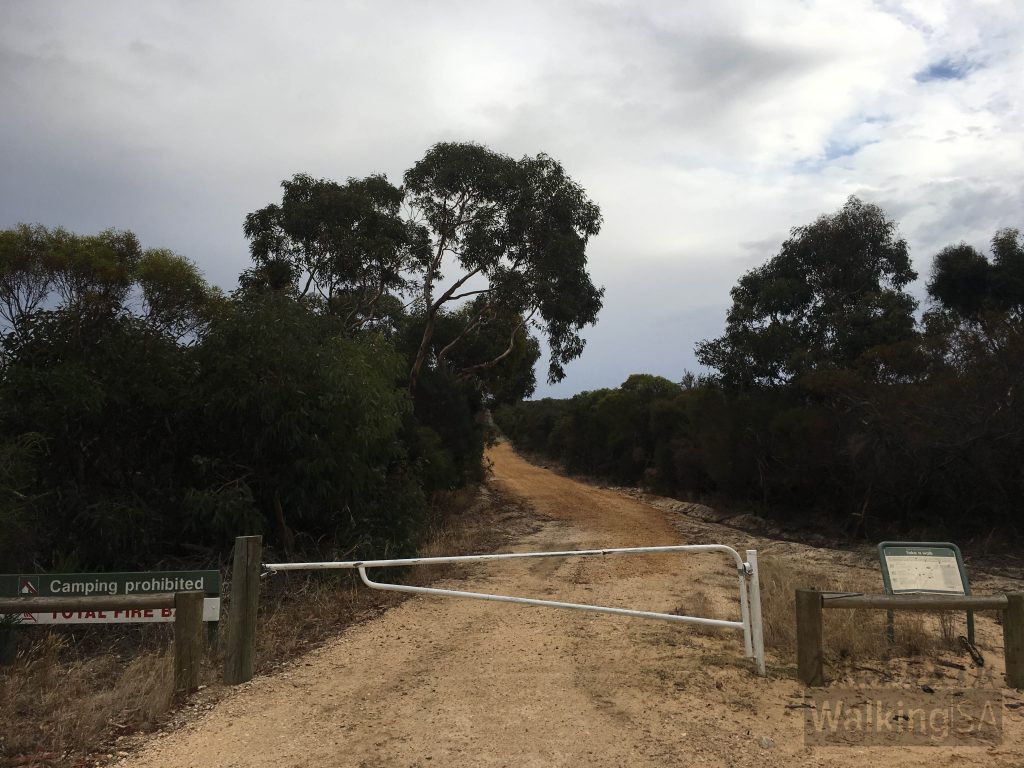 The trailhead at the western end of the park 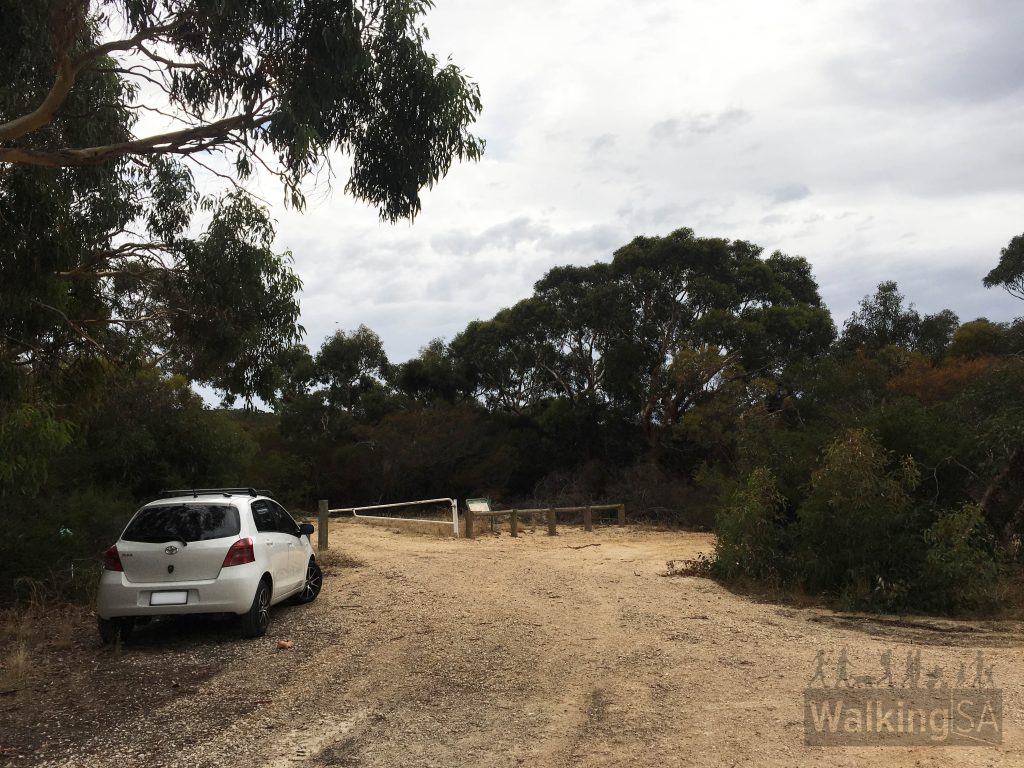 The carpark and trailhead at the western end of the park, where Haines Road reaches a dead-end 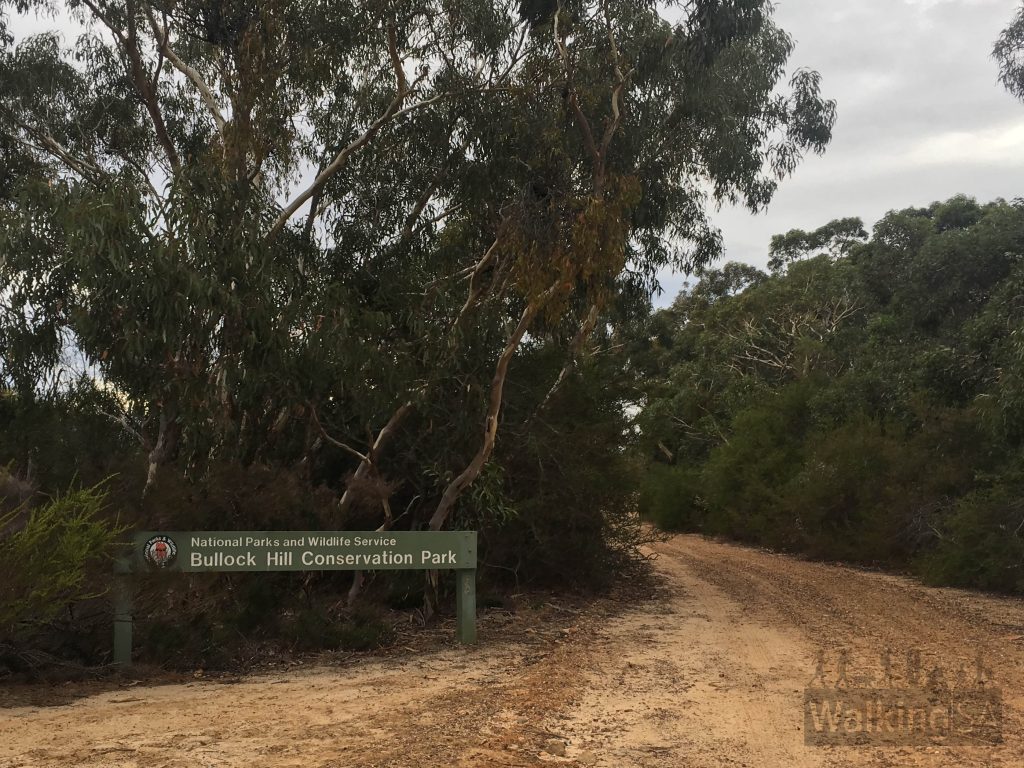 Haines Rd, driving in from the west to the western end of the park. The road here narrows and has some sandy sections.