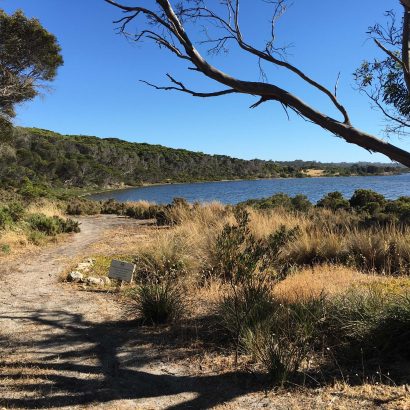 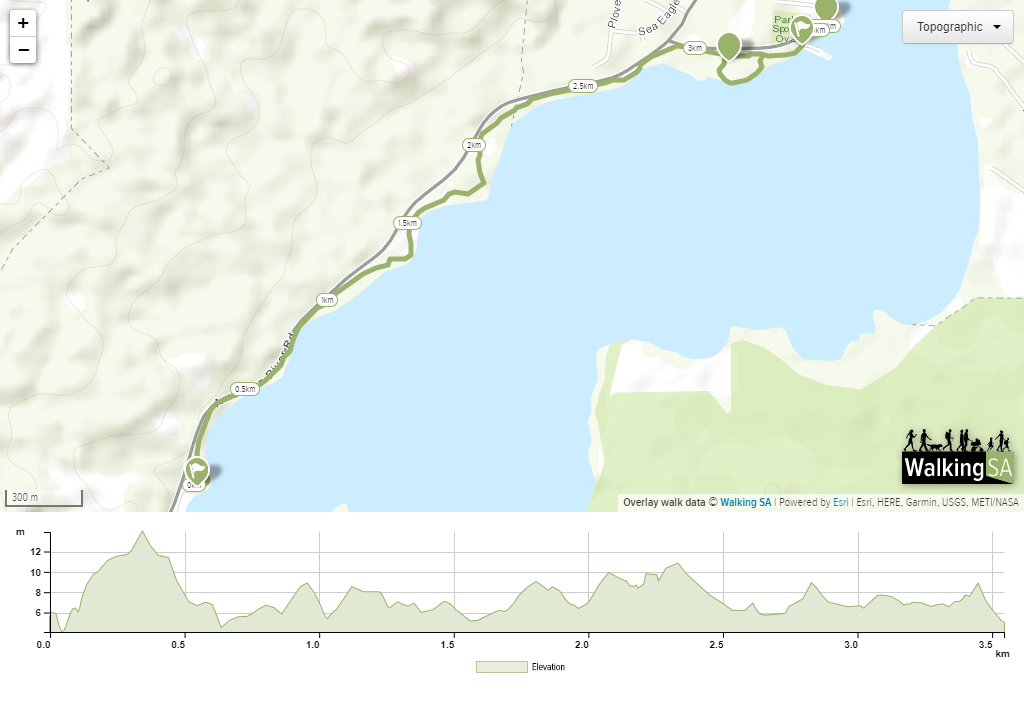 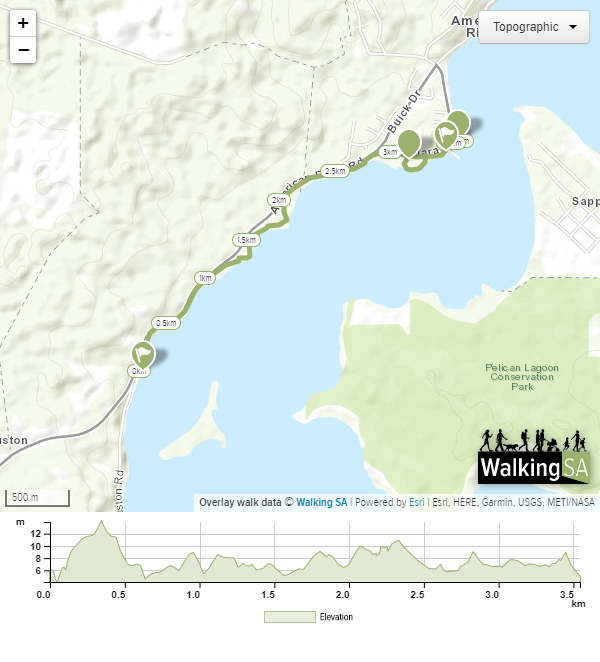 The Independence Trail begins at the boatramp, near the wharf, in American River and follows the coast along the edge of the Port of Pelicans lagoon. At nearby Remembrance Reserve there is a loop in the trail, and this can make an ideal shorter walk to return at this point. Continuing further, the trail is sometimes beside the road or on a walking path along the lagoon, before it reaches Independence Point.

The trail is 3.6km one way or 7.1km return. The trail is marked with short blue posts. The American River Progress Association stocks map leaflets at each trailhead (near the boatramp and in the shelter at Independence Point.) 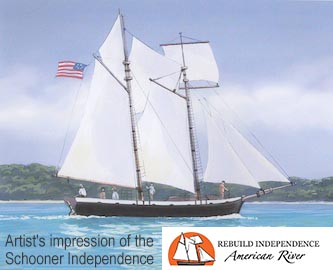 Artist’s impression of the Schooner Independence

At Independence Point there is a picnic area, carpark and monument to the schooner Independence. The schooner was the first ship constructed in South Australia, built in 1803 by the crew of the visiting American sealing ship the Union. The ship was built to access the shallow waters of the lagoon in seal hunting endeavors. The schooner may have been constructed from local timbers, but this isn’t clear, as it may also have been constructed from materials from the Union. The ship disappeared on a voyage from Sydney in 1805. 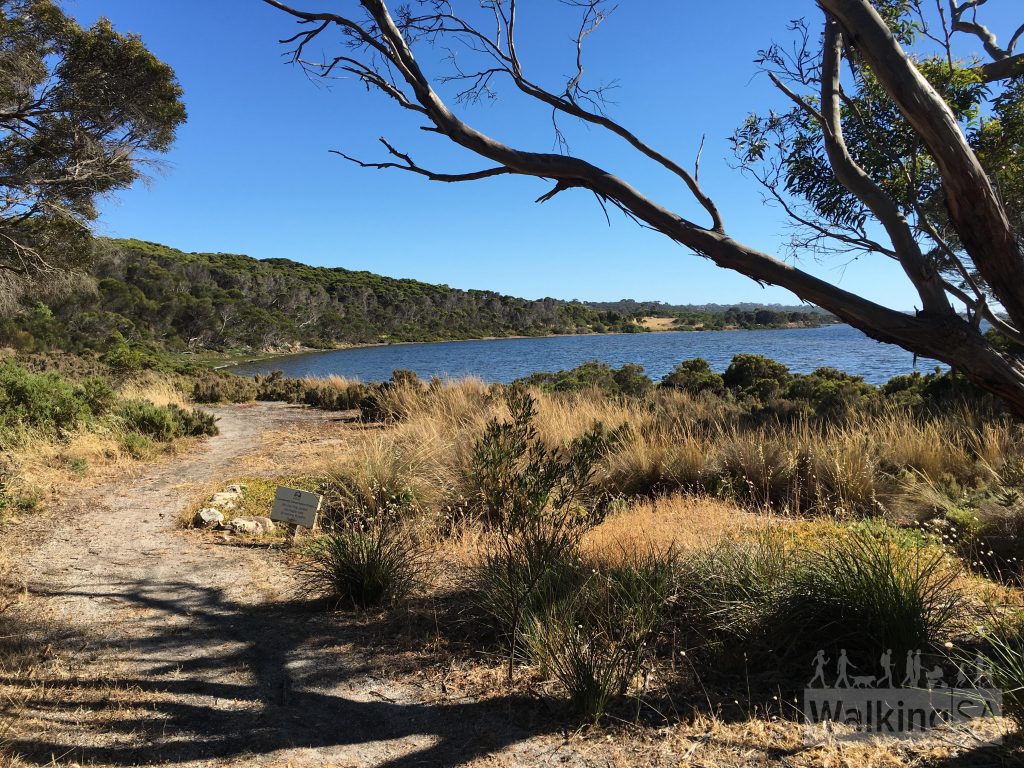 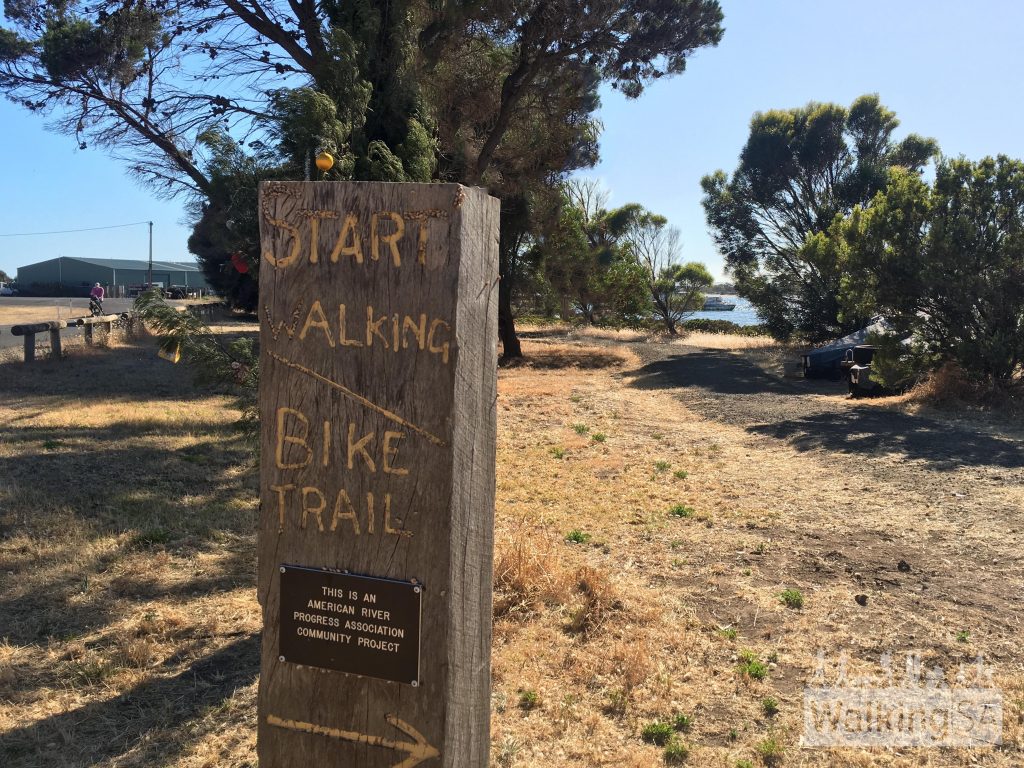 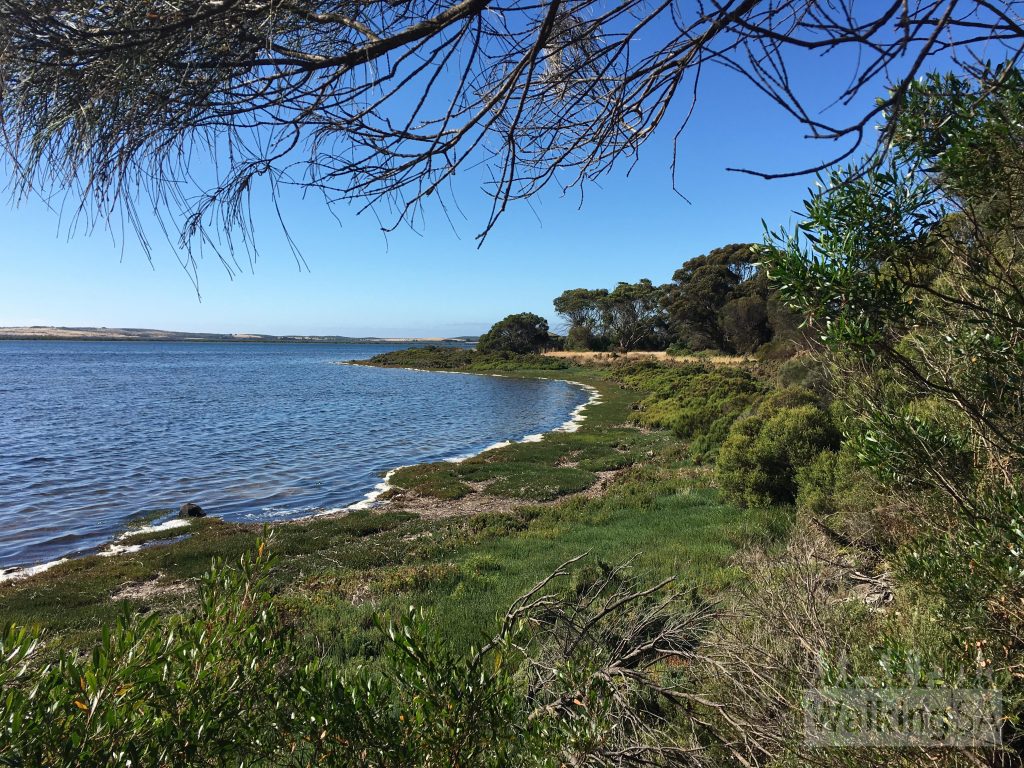 Views over the lagoon on the Independence Trail 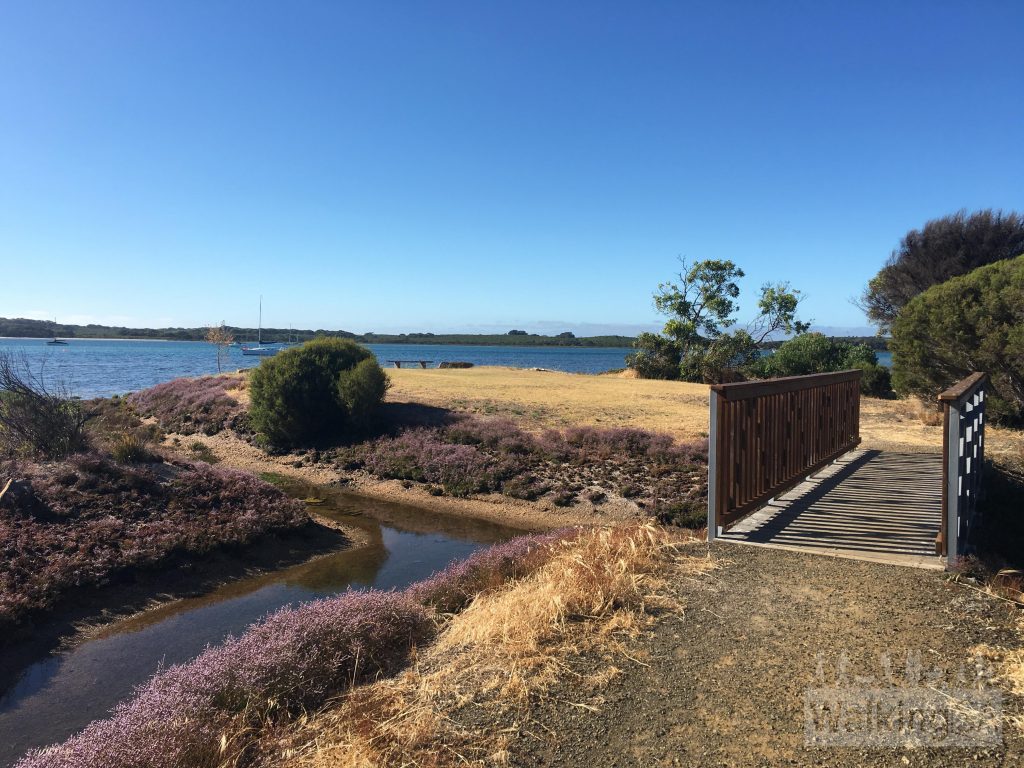 The Independence Trail has a loop through Remembrance Reserve 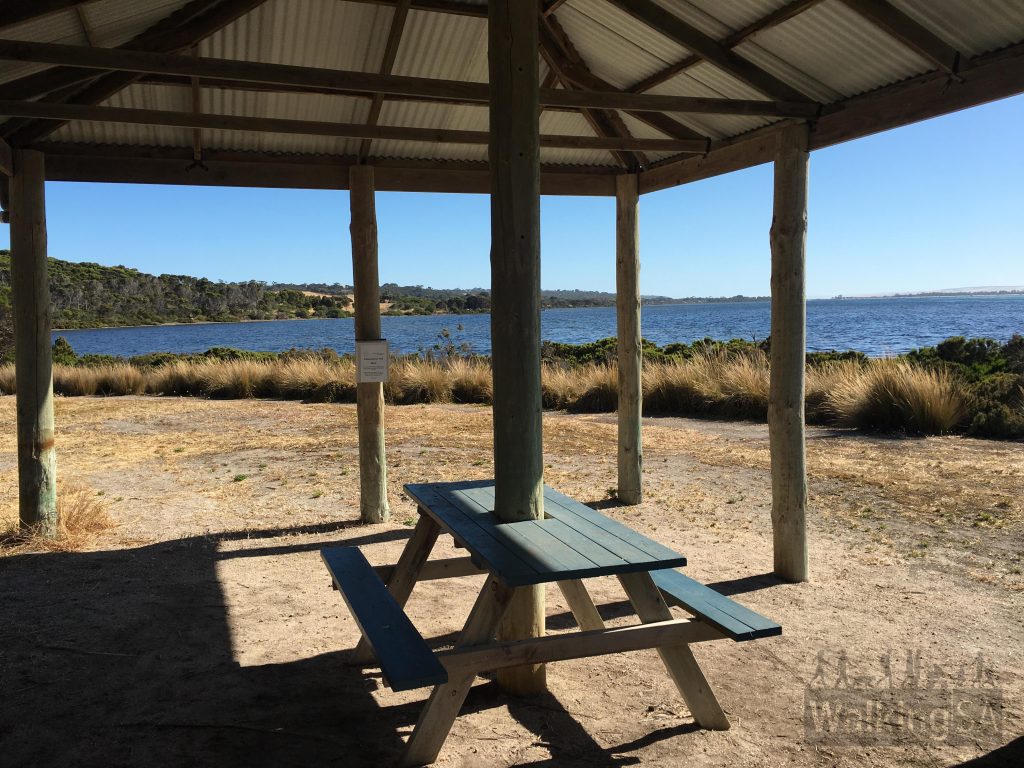 The picnic shelter at Independence Point. There is a box of maps located on a post here. 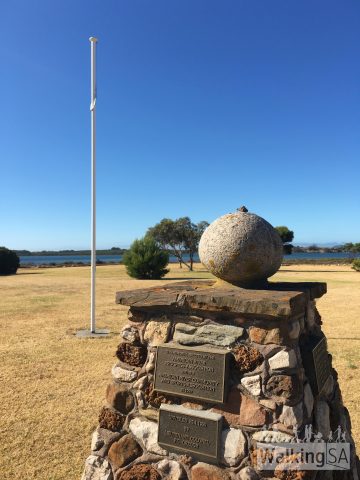 The trail passes through Remembrance Reserve 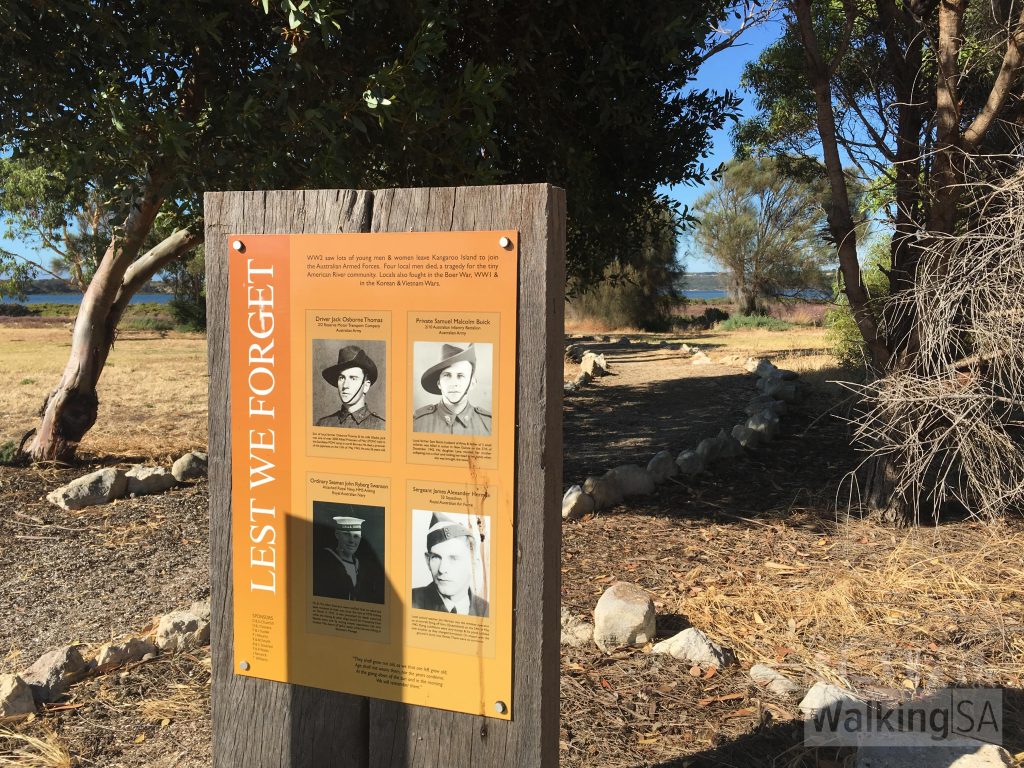 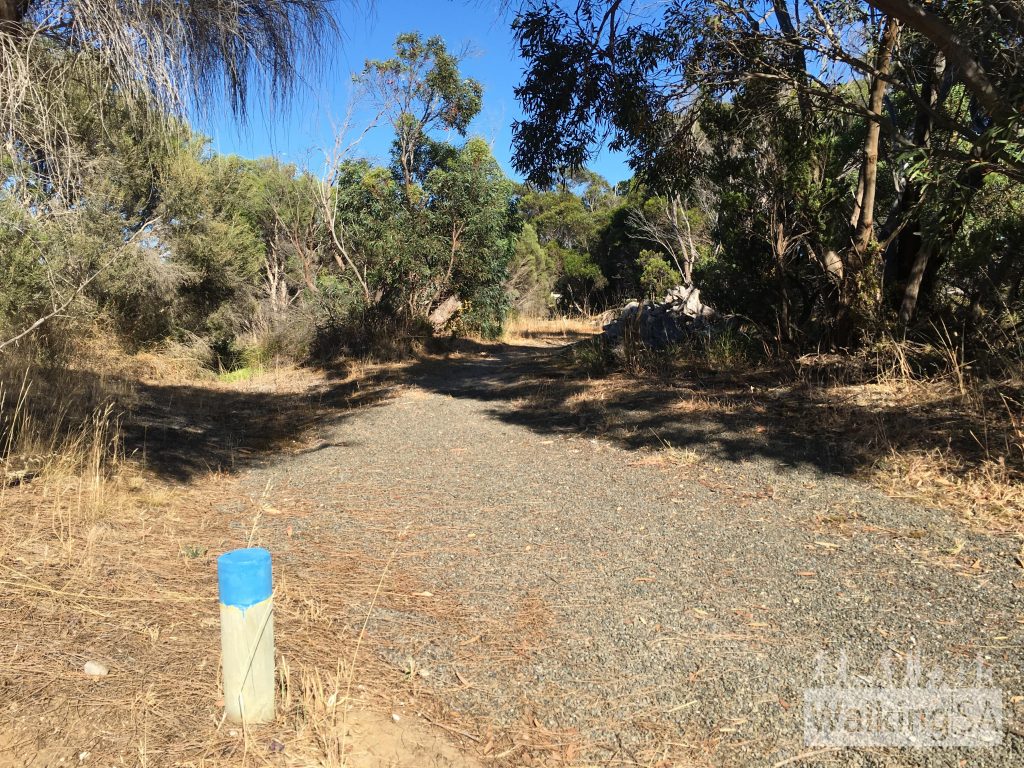 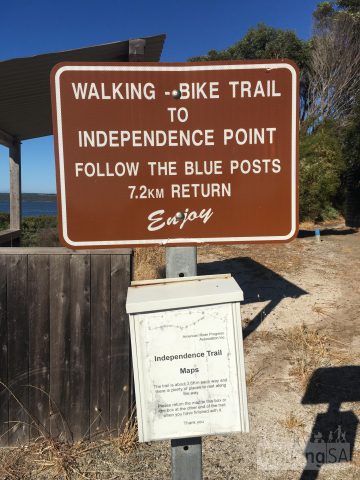 The American River Progress Association stocks map leaflets at each trailhead, this is the trailhead near the boat ramp 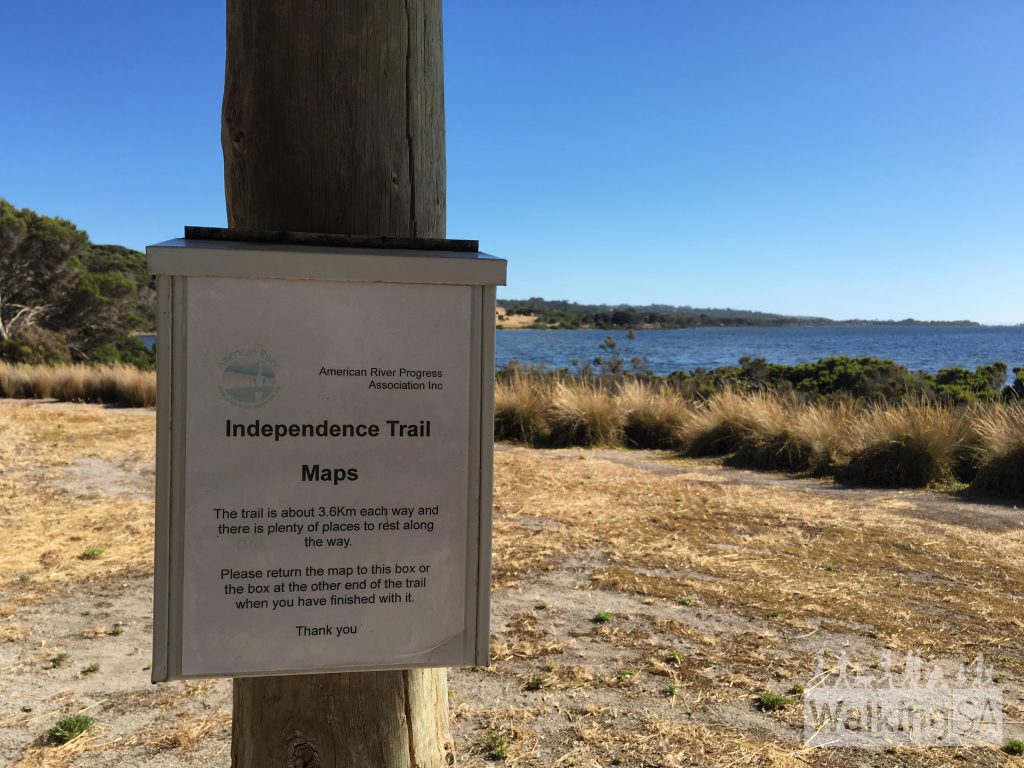 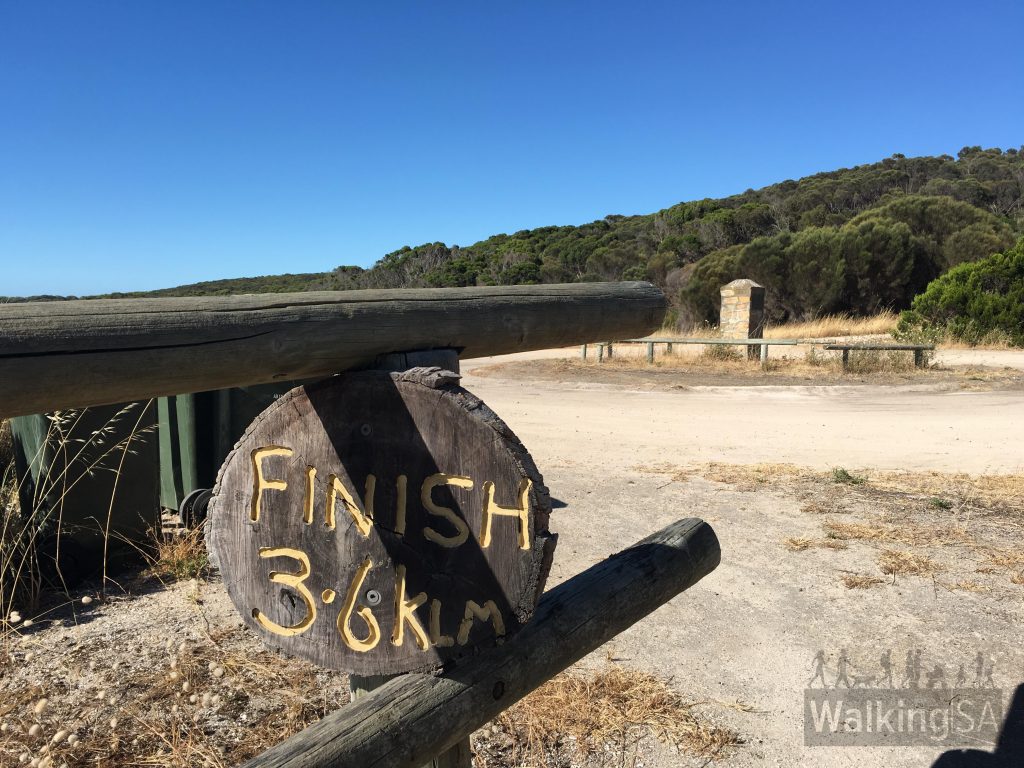 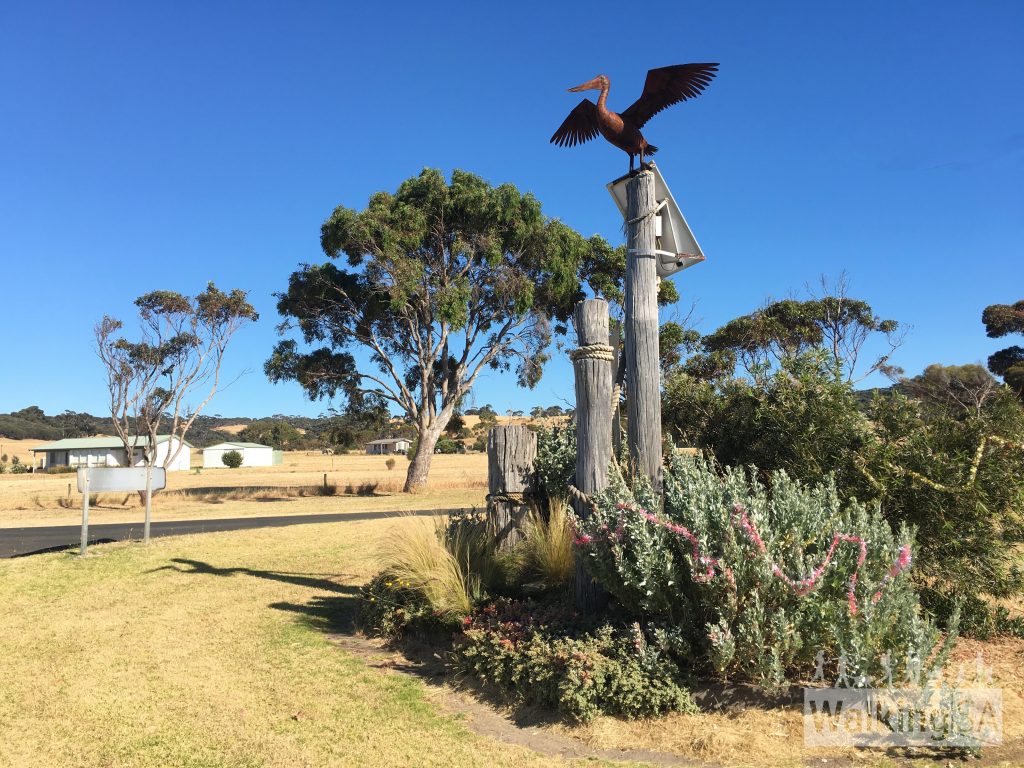 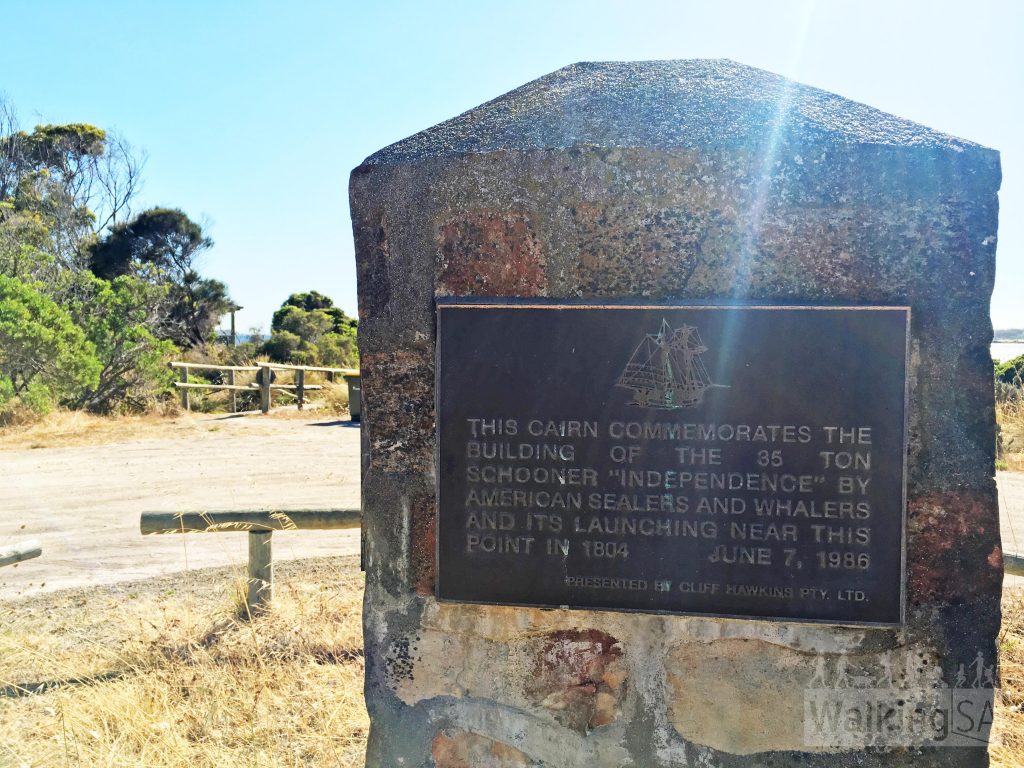 The cairn to the Independence. The plaque reads: 'This cairn commemorates the building of the 35 ton schoomer Independence by American sealers and whalers and its launching near this point in 1804. - June 7, 1986. Presented by Cliff Hawkings Pty Ltd."' 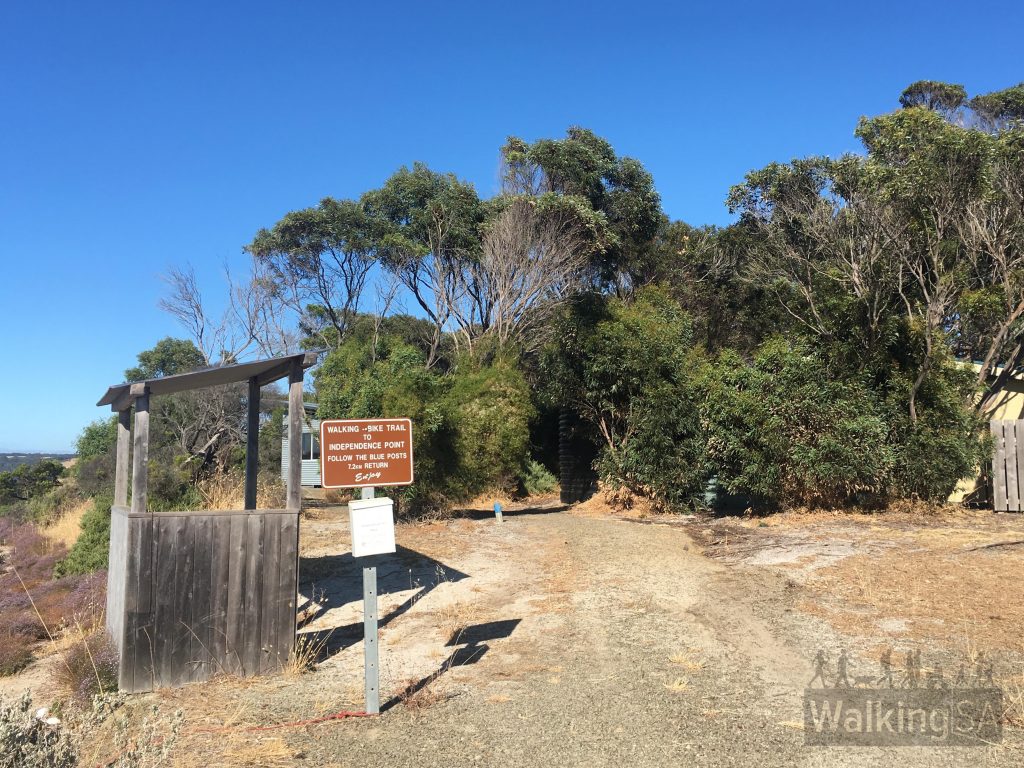 Trailhead of the Independence Trail near the boatramp 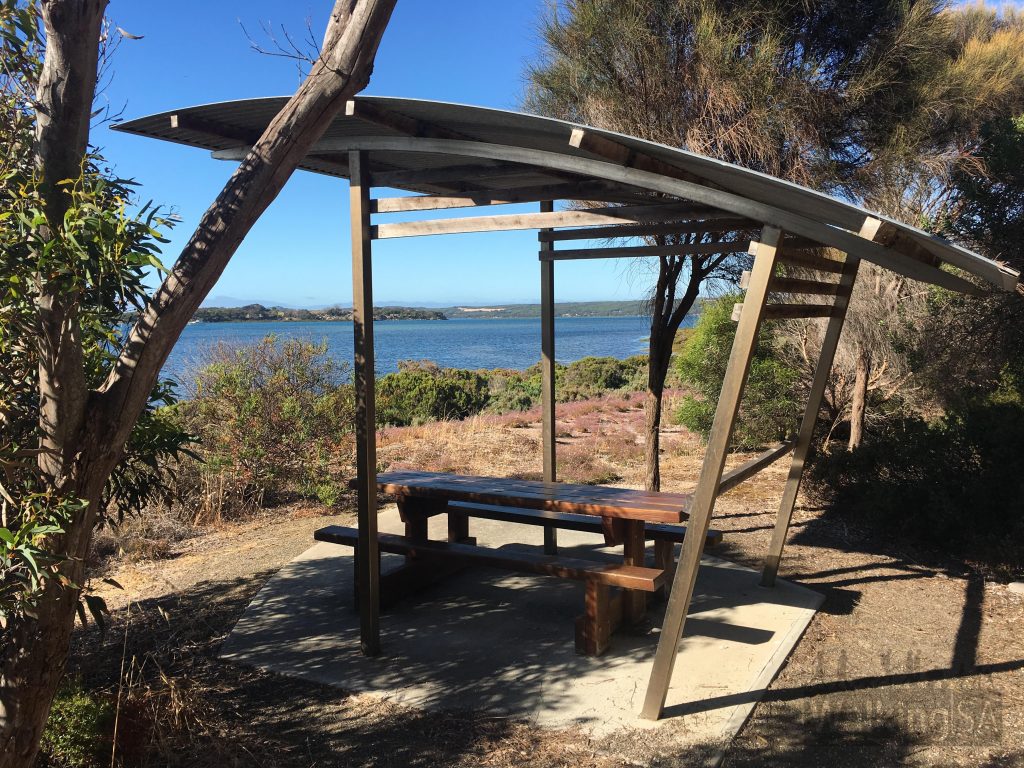 Picnic shelter on the Independence Trail near the boatramp