11 May 2020: Where and with what restrictions you can now walk in SA. Find a trail to go for a walk: view map or browse over 700 walks. Read more 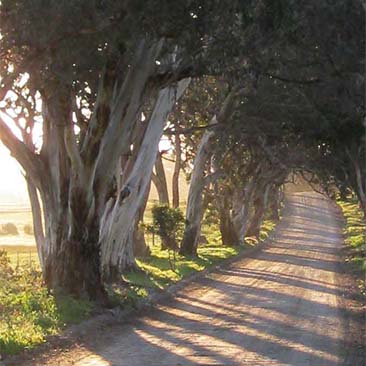 Suitable for families and occasional walkers this self-guided trail circuits sealed and unsealed district roads of principally flat terrain through agricultural and pastoral country on the eastern fringe of the Barossa. Interpretive signs mounted on prominent epidote (green) rock indigenous to Keyneton, identify the culturally historic sites central to pioneering settlement and district development of the former North Rhine in the Mid Murray Council region. 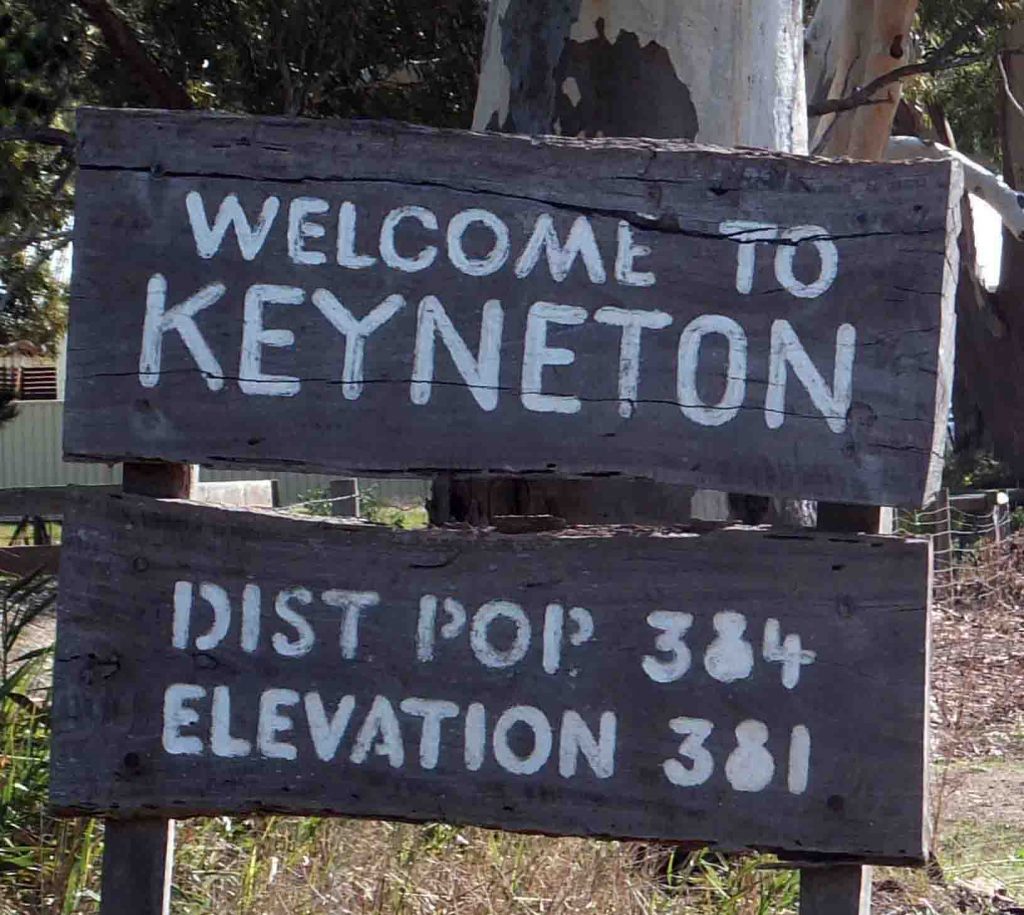 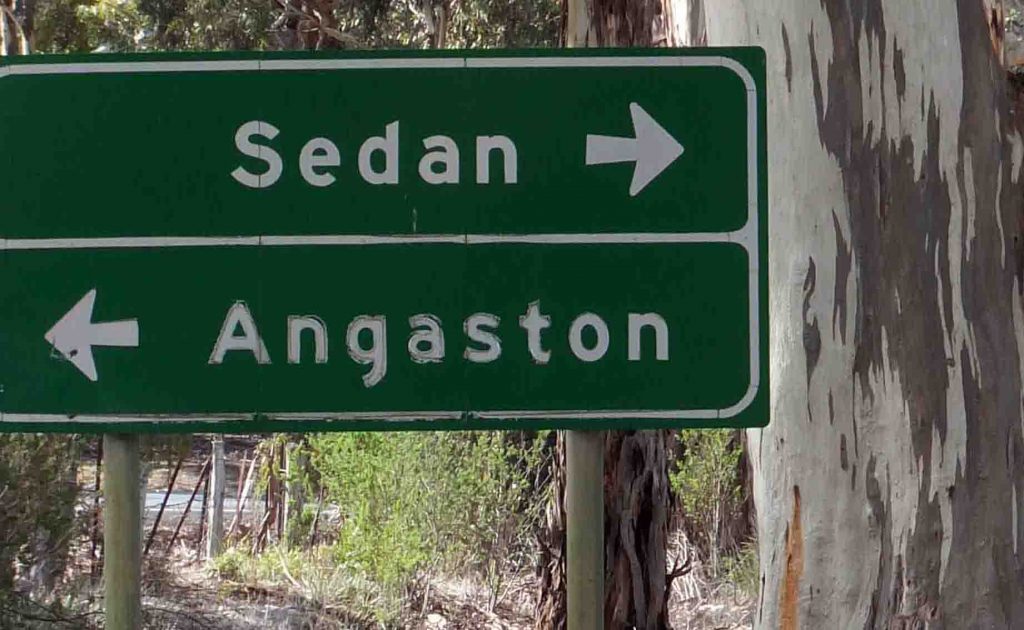 On the eastern fringe of the Barossa, South Australia 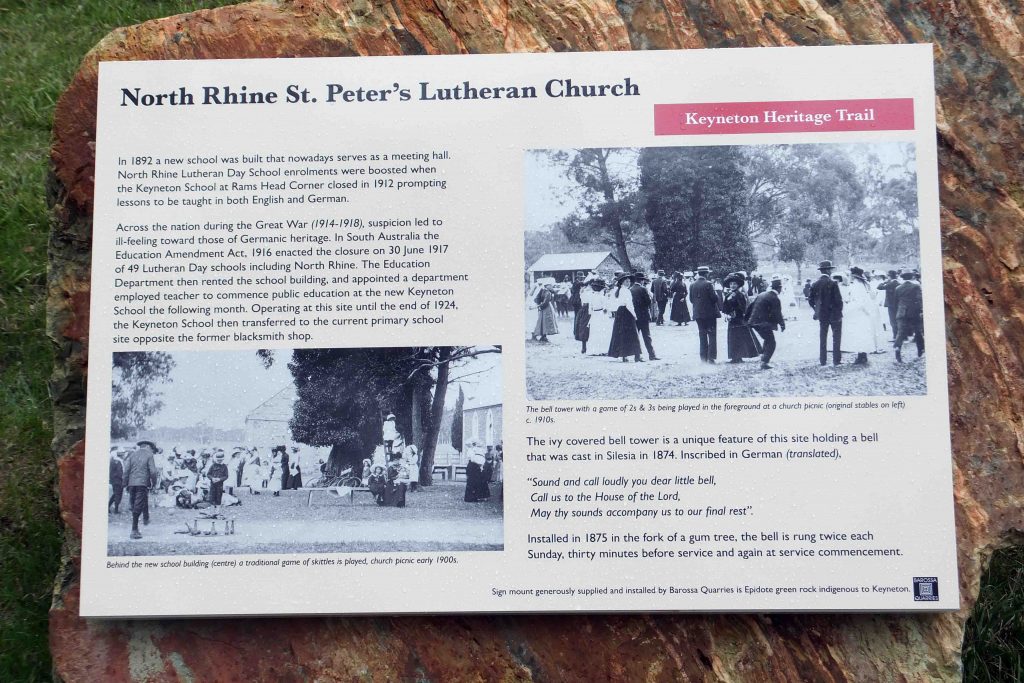 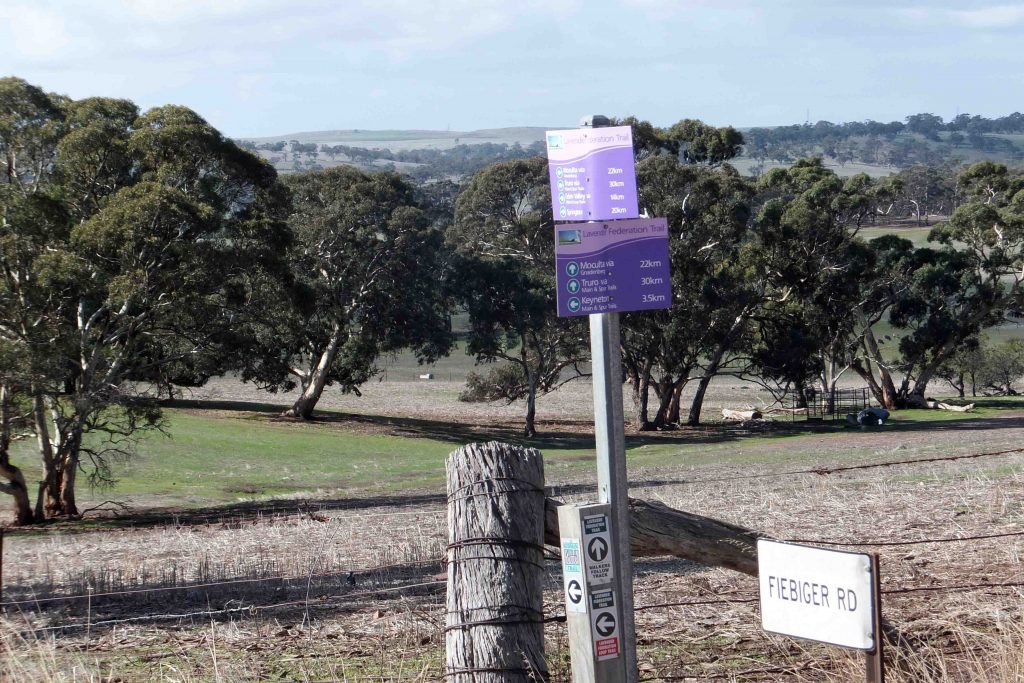 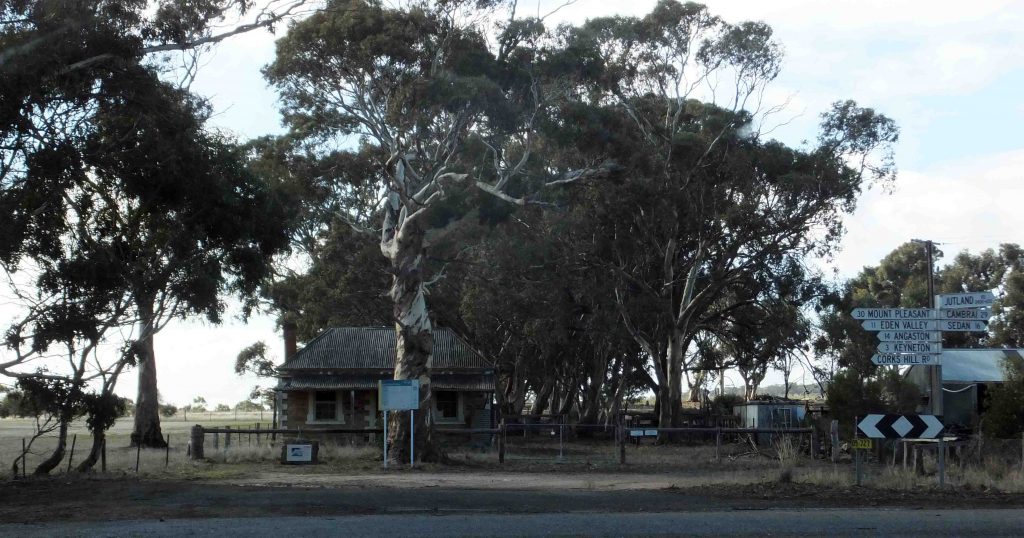 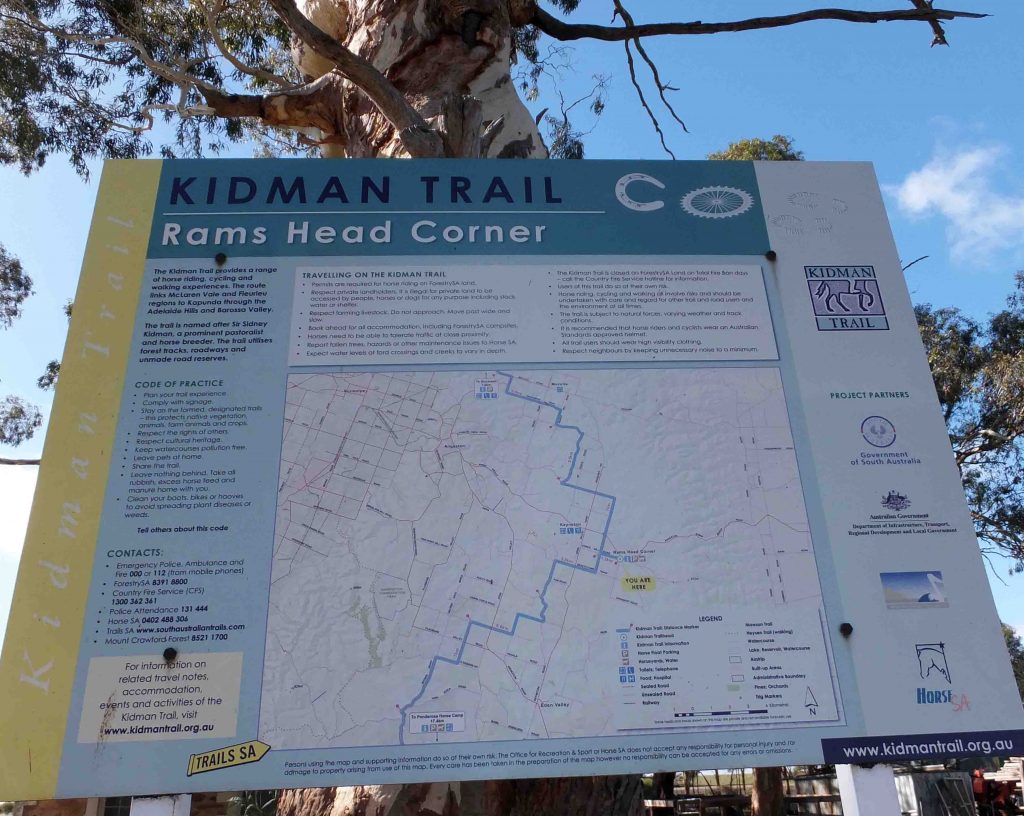 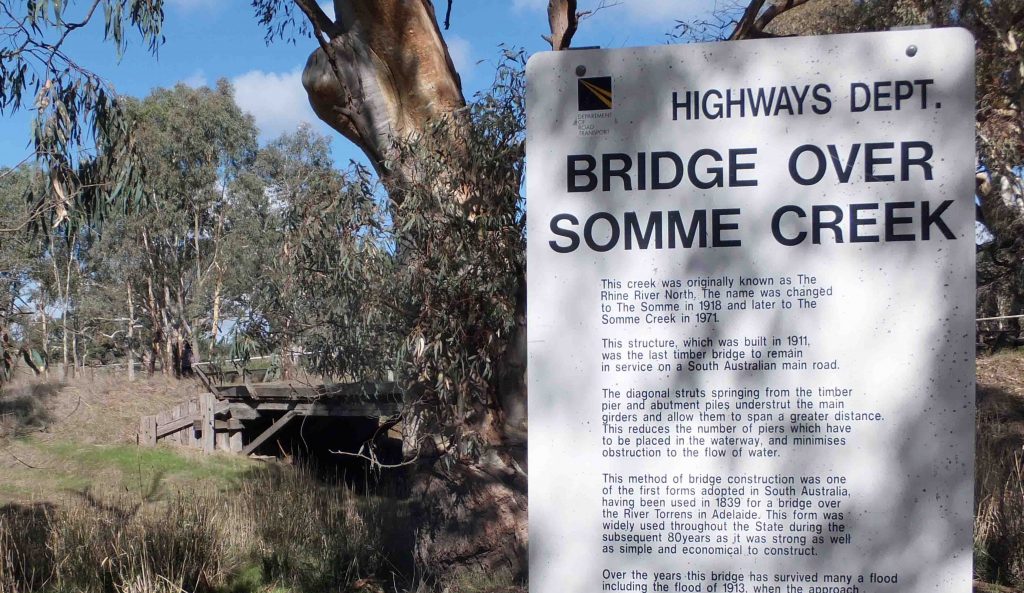 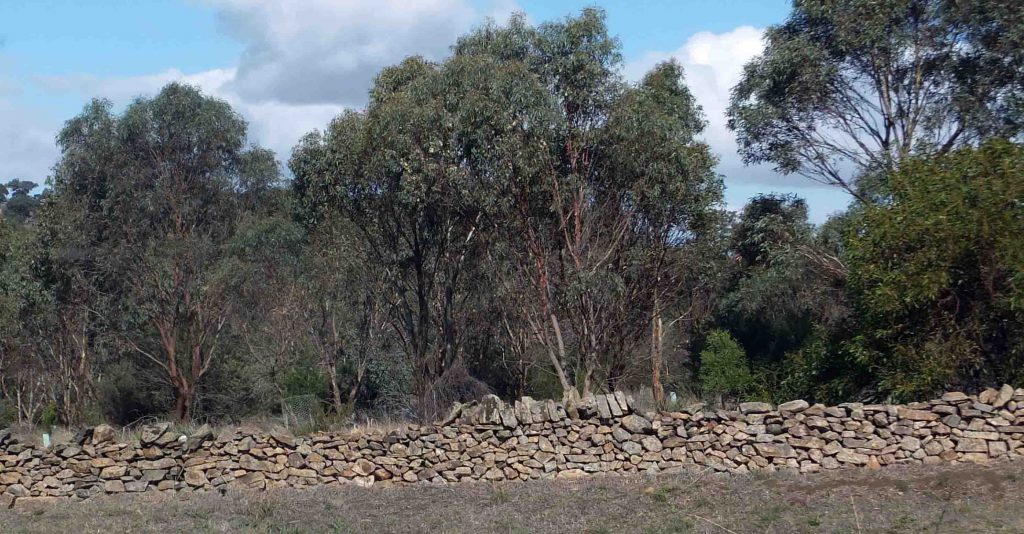 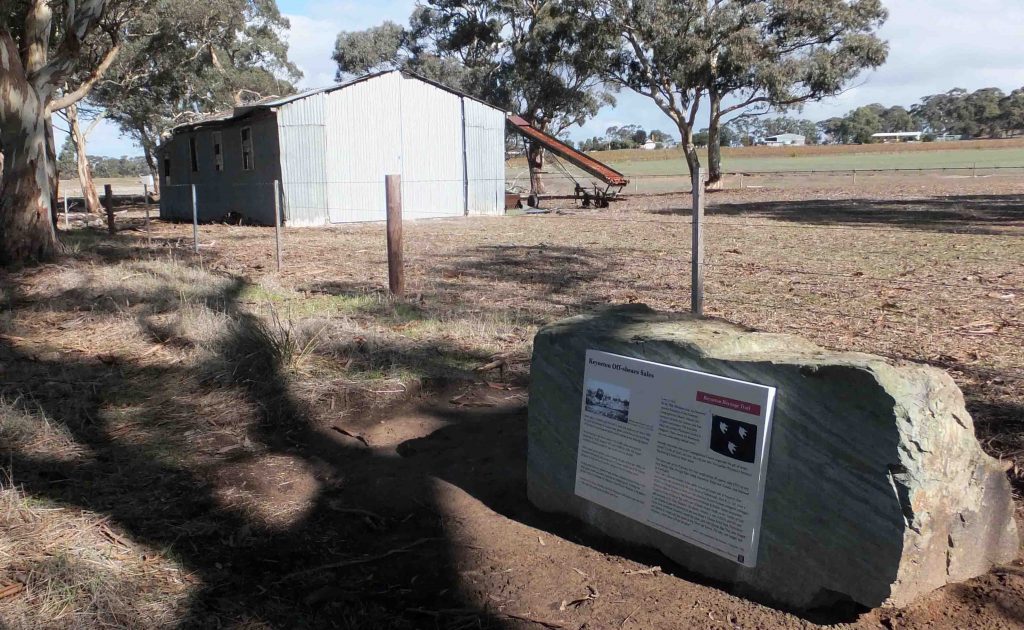 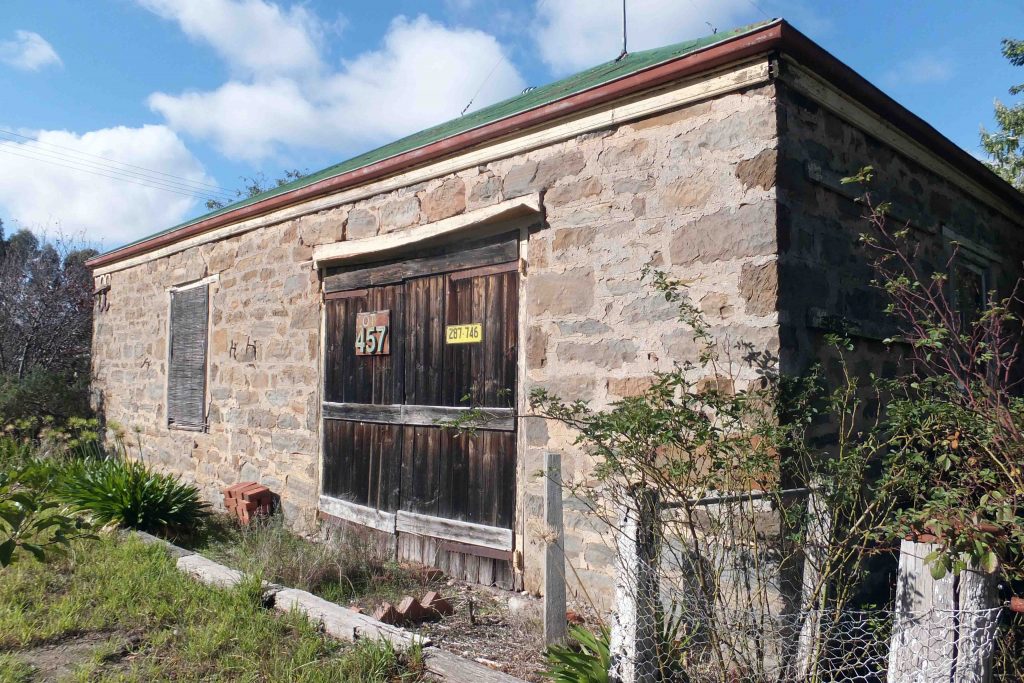 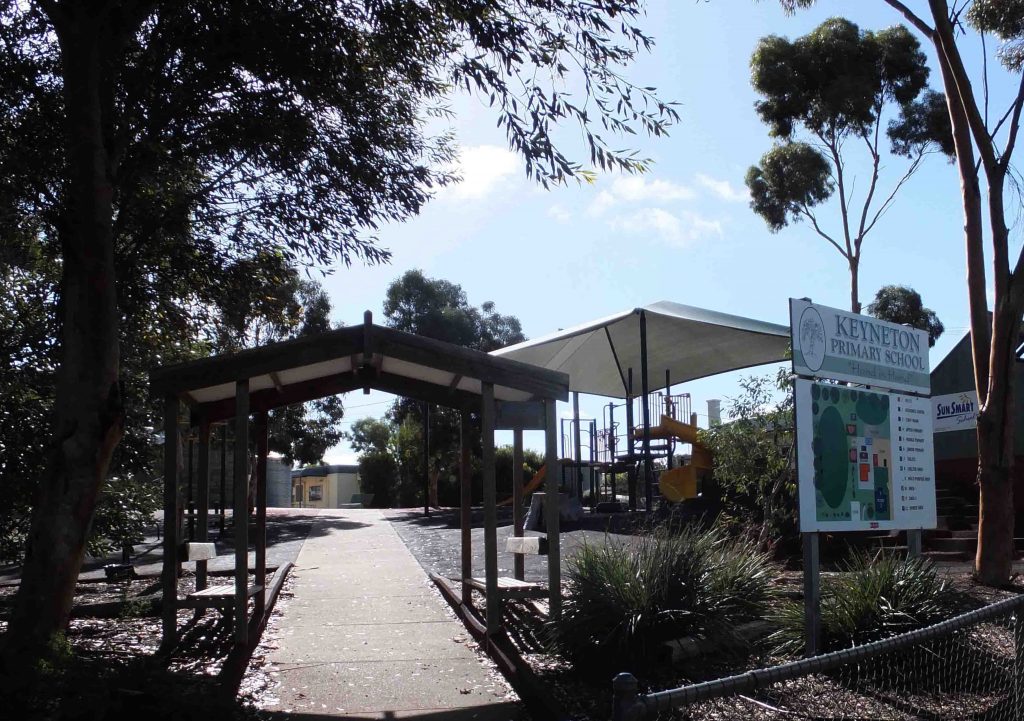 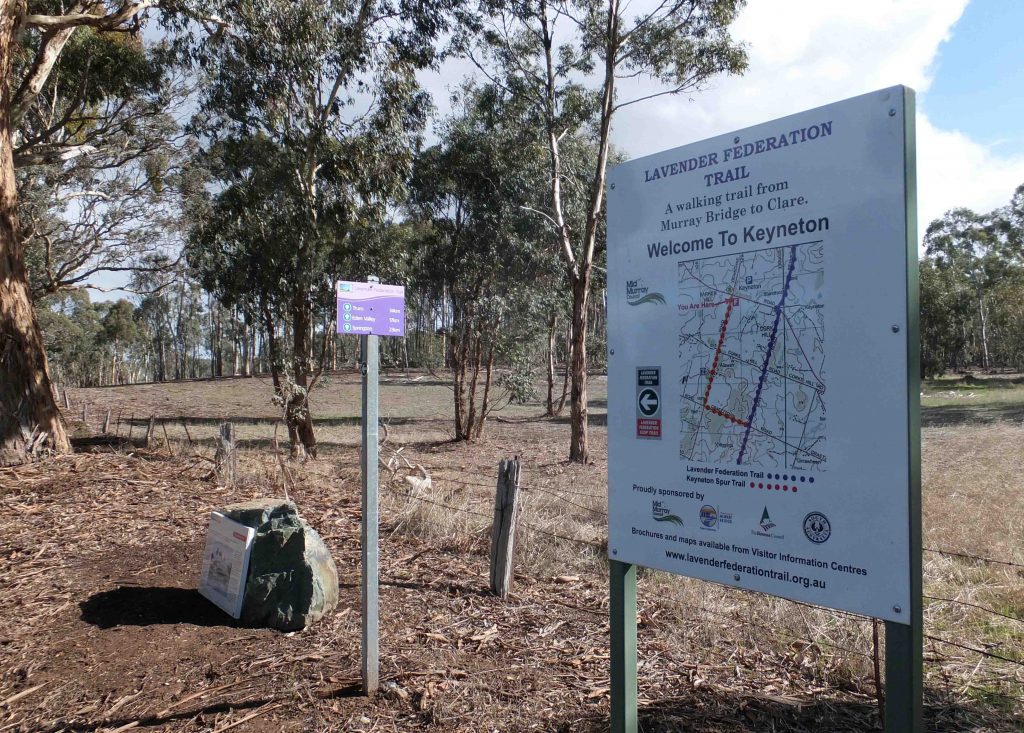 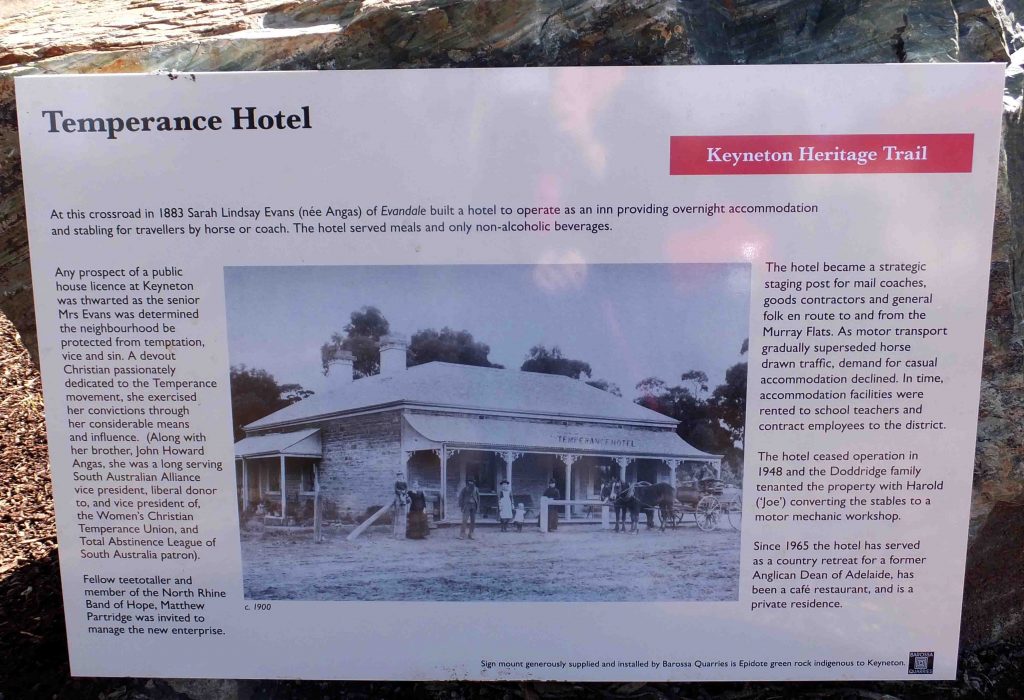 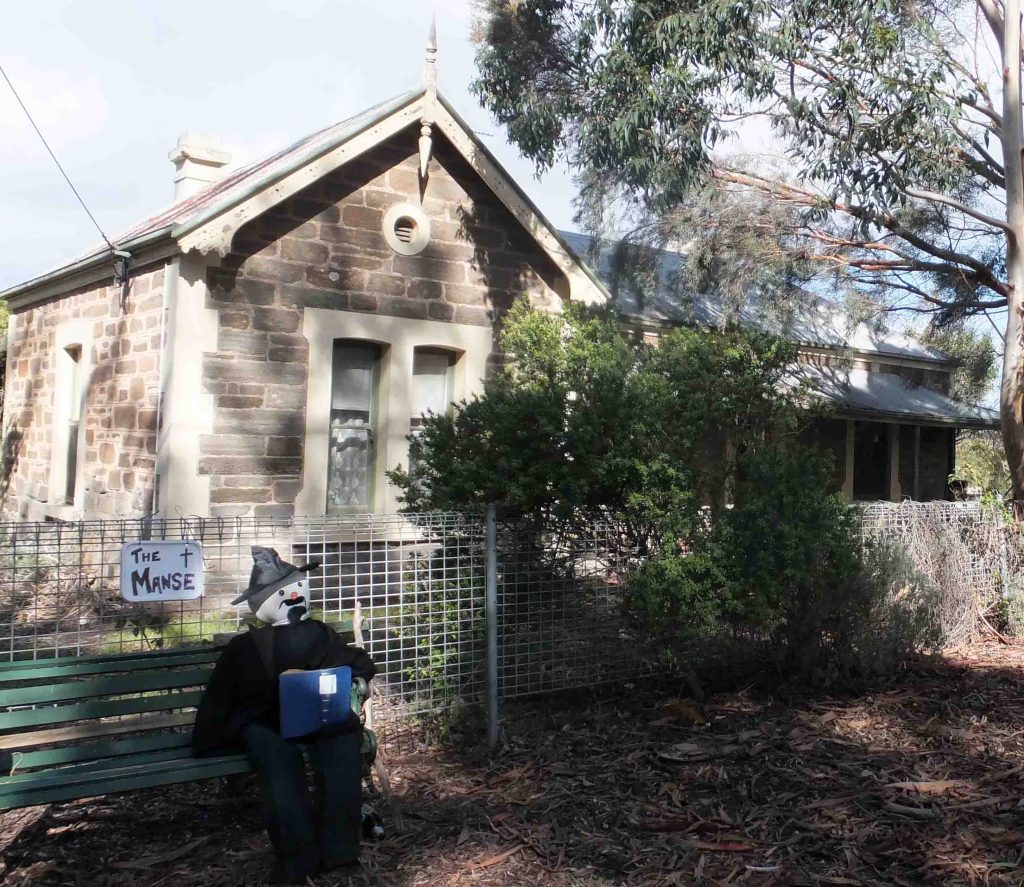 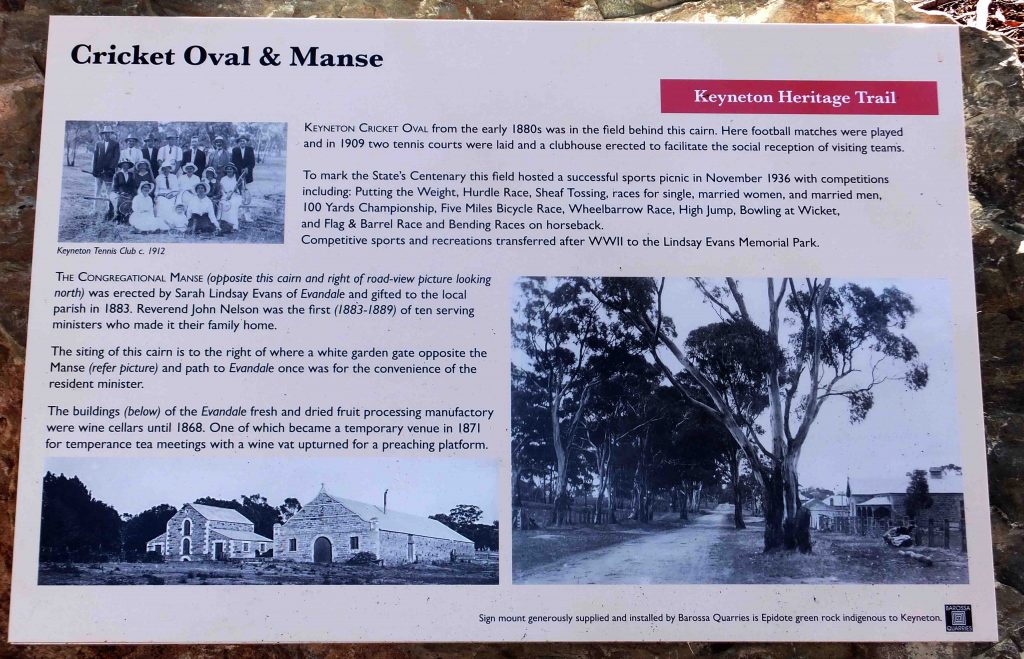 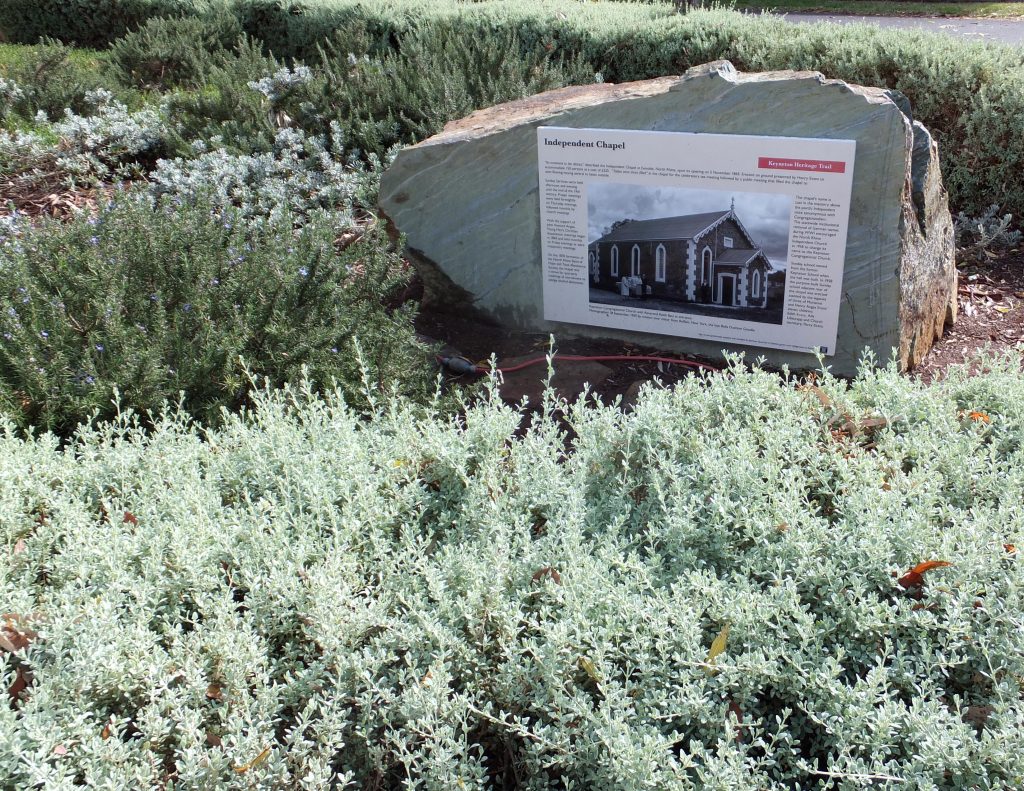 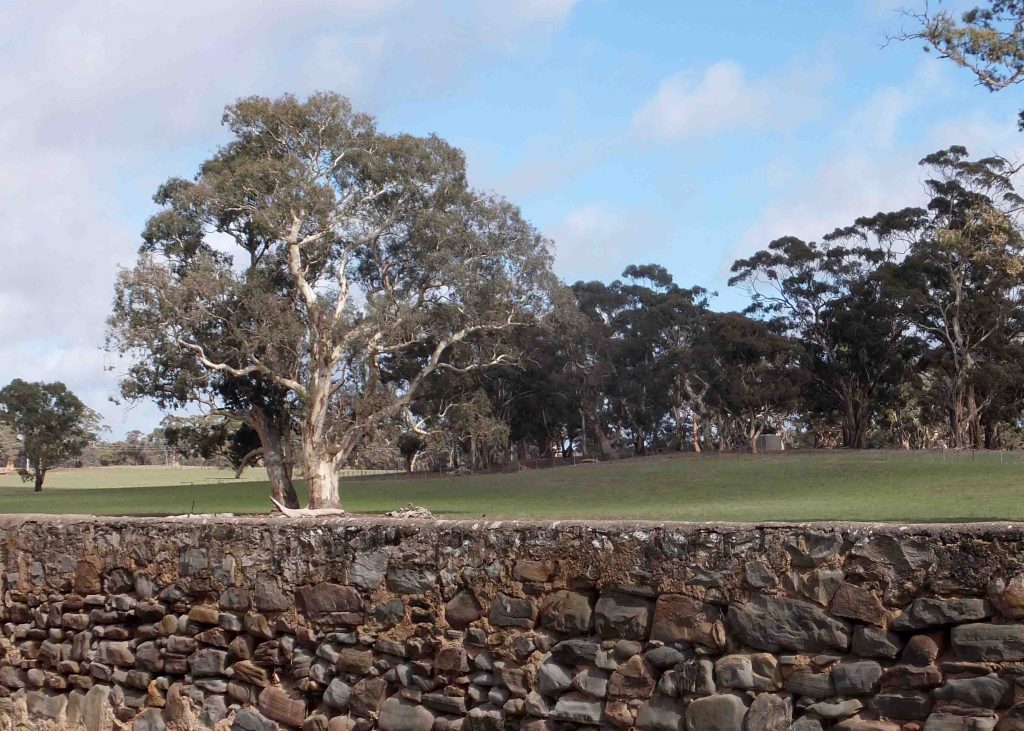 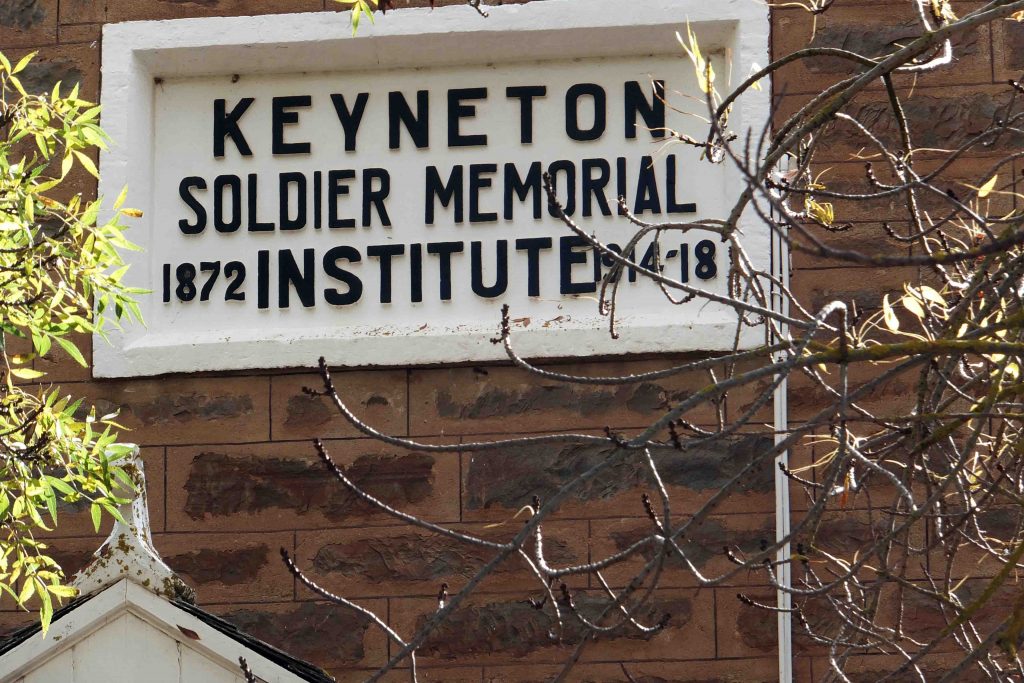 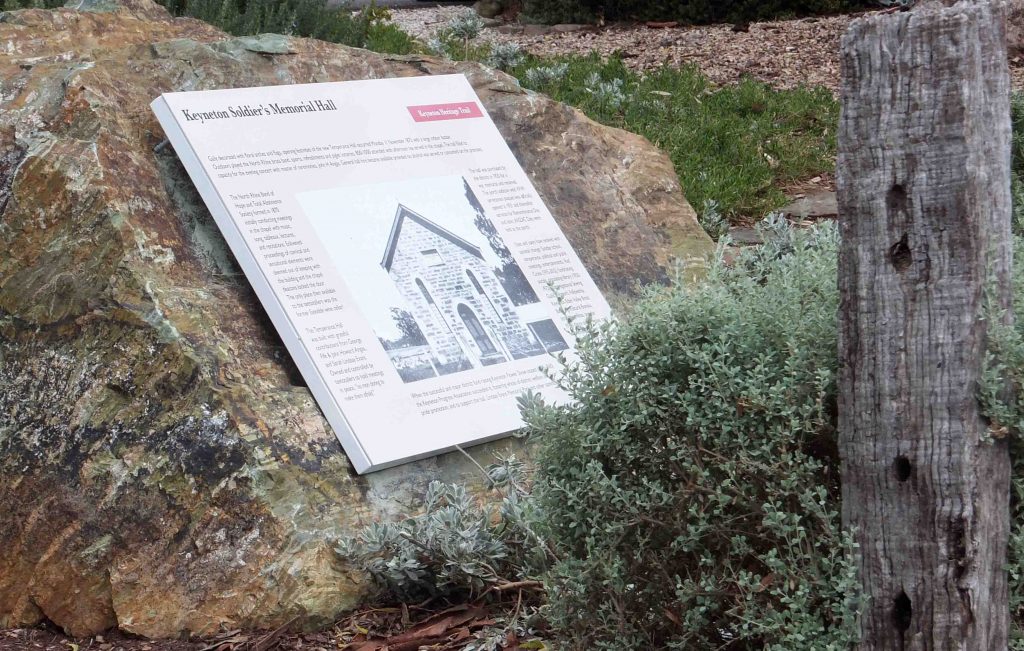 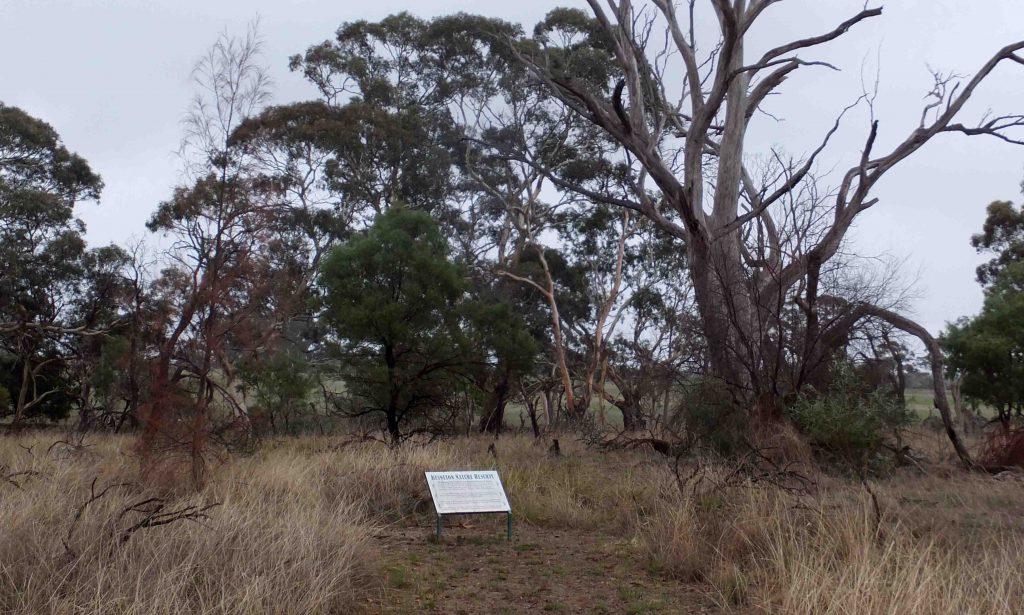 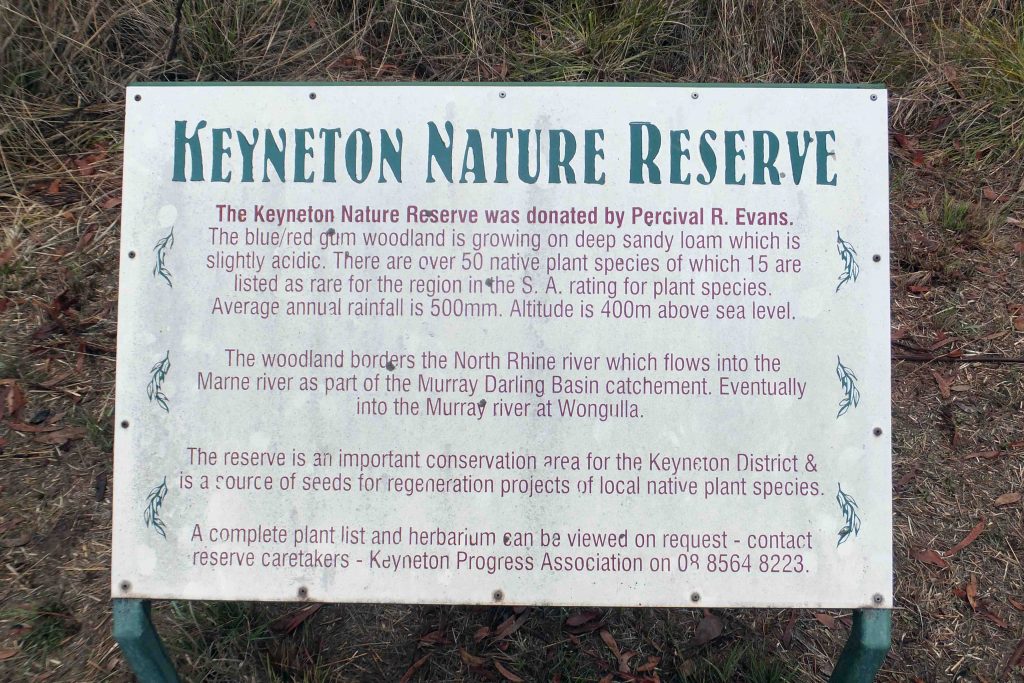 The Keyneton Heritage Trail is the initiative of the Keyneton Progress Association to conserve and promote the cultural heritage of Keyneton [originally named North Rhine] through a public trail route of historic buildings and sites of significance prominently and sympathetically identified by interpretive signs. 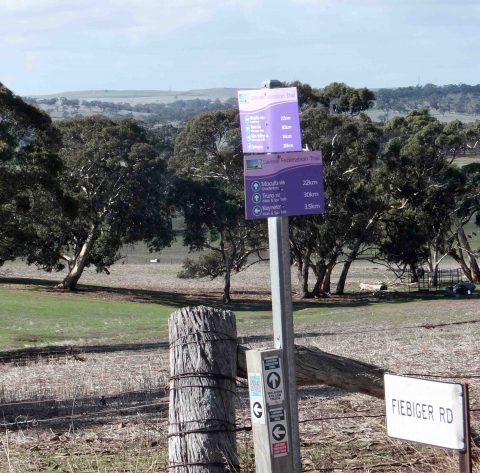 Gentle incline along unsealed road.
Caution: Muddy & slippery after rain.
Optional Sidetrip
Picking up the cross country section of the Lavender Federation Trail from Eden Valley, heading NE along Fiebiger's Road to Cork Hill Road & either continuing to the Stott Highway, or, turning right onto Cork Hill Road through to Site 4 of the Keyneton Heritage Trail (bypassing Graetztown), or turning left at Cork Hill Road for a mini circuit returning to the main Keyneton - Eden Valley road. 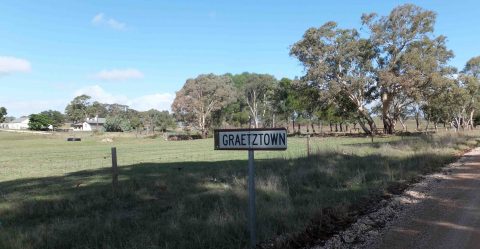