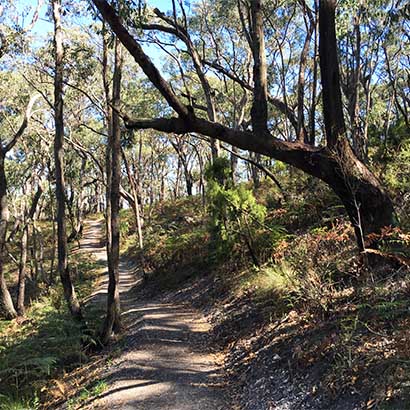 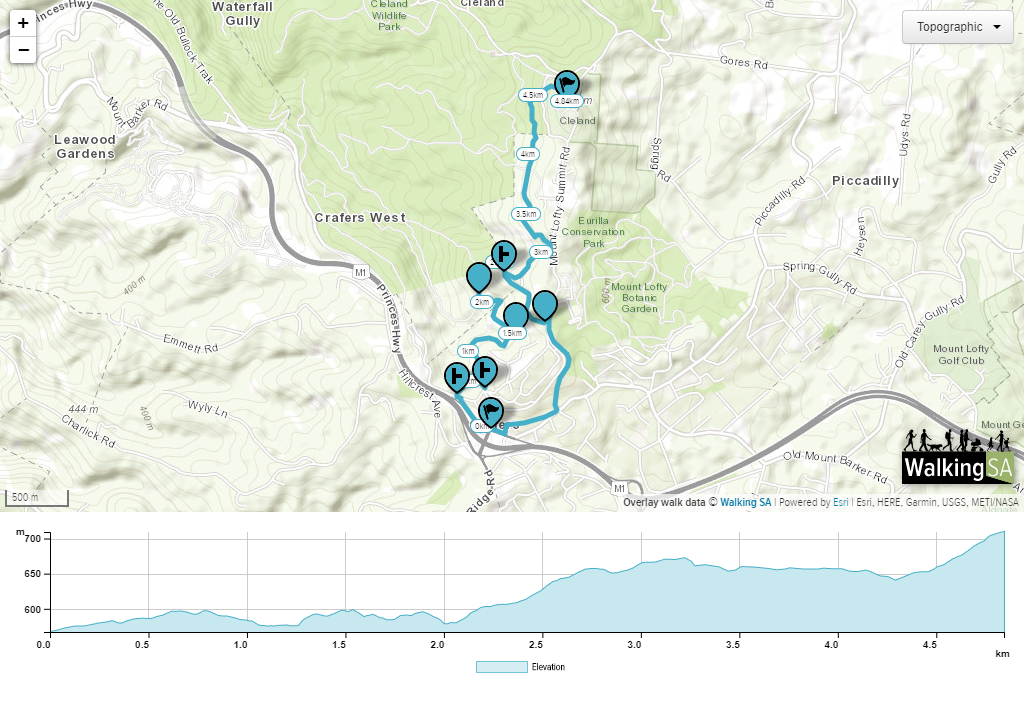 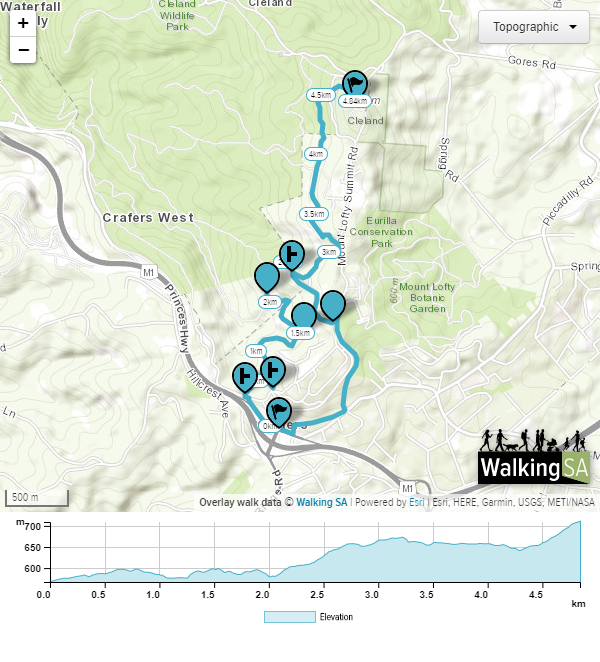 This meandering walking trail from Crafers to Mount Lofty summit was reopened by Adelaide Hills Council in February 2015.

In February 2016 the trail network was expanded, with a new walking and cycling trail constructed through Cleland National Park linking existing fire tracks. This link trail means that walkers can now walk from Crafers to Mt Lofty with no road walking – as they follow the meandering trail through Cleland National Park. The trail is a shared use trail with cyclists (rated as an Easy Ride). The State Government worked with Adelaide Hills Council to formalise the link trail, which included 700 metres of new trail and the resurfacing of 800 metres of existing trail.

This trail is an alternative to the popular and steep Waterfall Gully-Mt Lofty trail. The 4.5km trail starts on Main St, Crafers, before heading to Mt Lofty House and the Mt Lofty summit. It only rises 140m compared with 400m for the popular Waterfall Gully track.

The Crafers to Mount Lofty Trail starts in Crafers, the village once made infamous by bushrangers and tiersmen who frequented the Sawyer’s Arms, one of the state’s first pubs. It meanders through the eucalypt forest of Cleland National Park, ending at the popular Mount Lofty Summit lookout.

A series of three walking trails starting in Crafers, meandering along quiet country lanes and reserves.

Each trail is well marked with colour-coded trail markers. All three trails begin at the trailhead in Main Street, Crafers, by the roundabout near the freeway exit. It is possible to begin in Stirling and hike all the way to Mt Lofty summit.

As dogs are not permitted in Cleland National Park, this walk (blue, Crafers to Mount Lofty Trail) is not suitable for dog-walking.

This trail is part of a series of three trails. Dog walking is permitted on this trail (green, Crafers Circuit) but not on the blue Main St Crafers to Mt Lofty Summit trail because dogs are not permitted in the Cleland National Park.

This trail is part of a series of three trails. Dog walking is permitted on this trail (orange, Crafers – Stirling Circuit) but not on the blue Main St Crafers to Mt Lofty Summit trail because dogs are not permitted in the Cleland National Park. 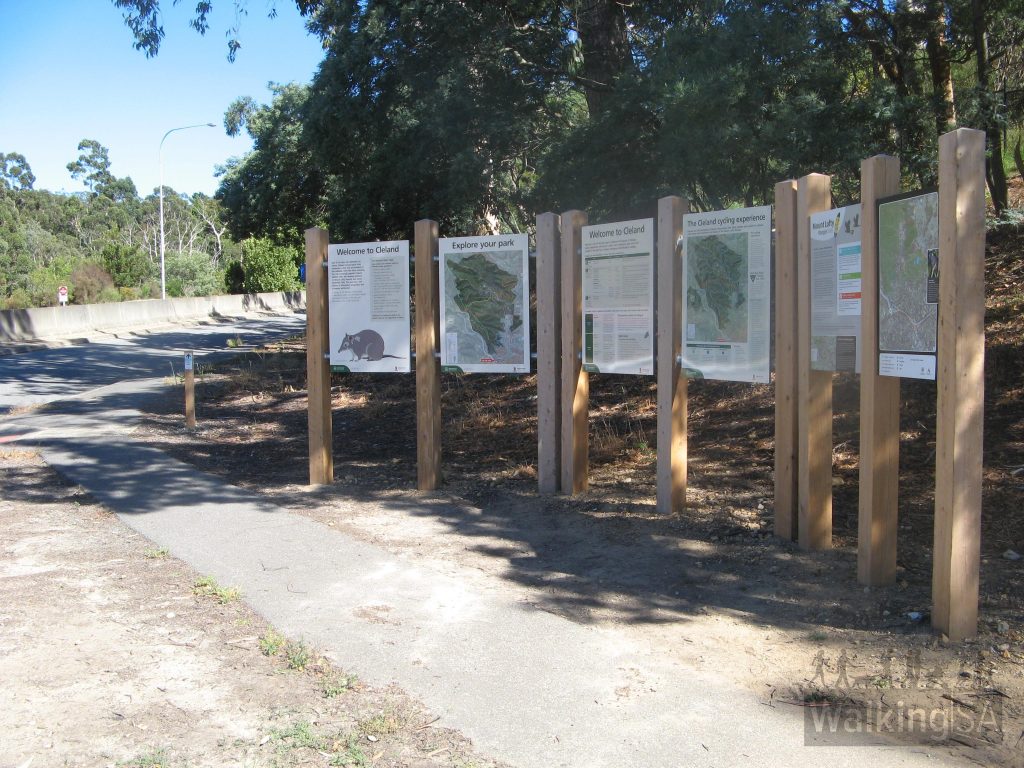 Trailhead in Main Street, Crafers, next to freeway exit roundabout 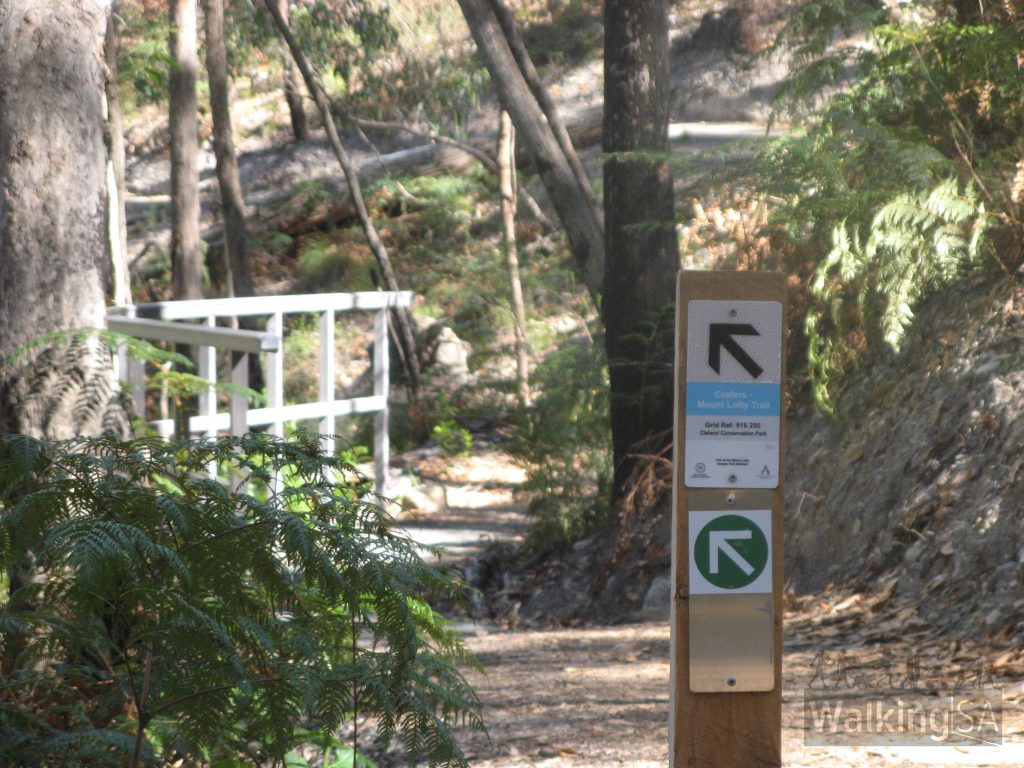 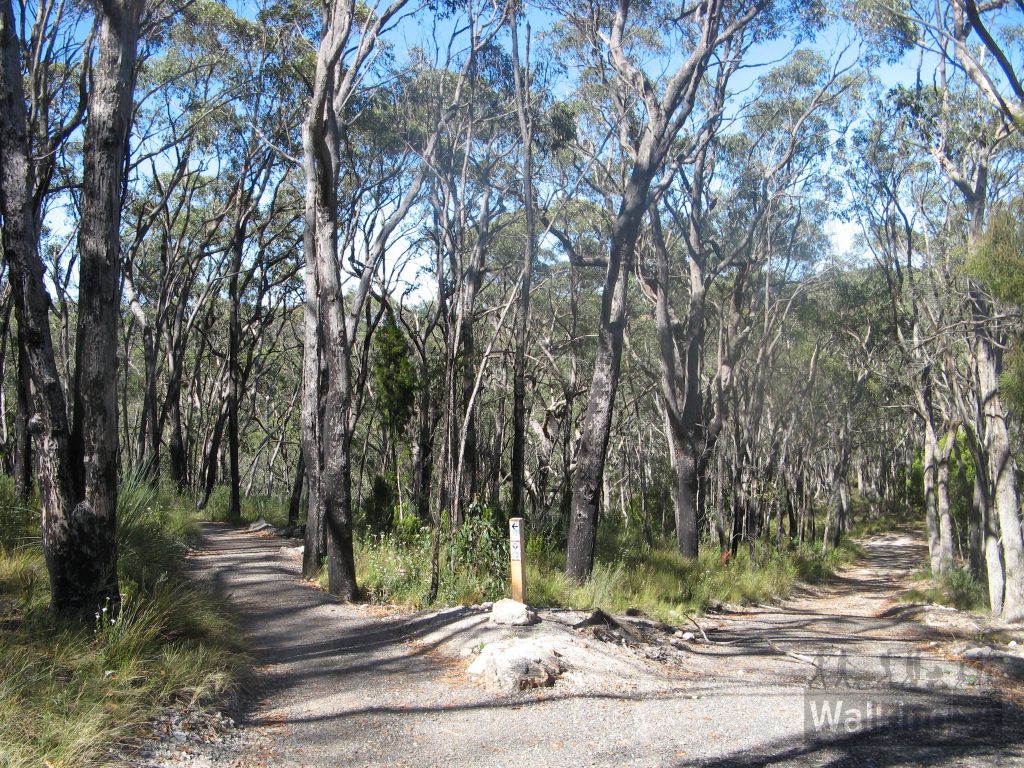 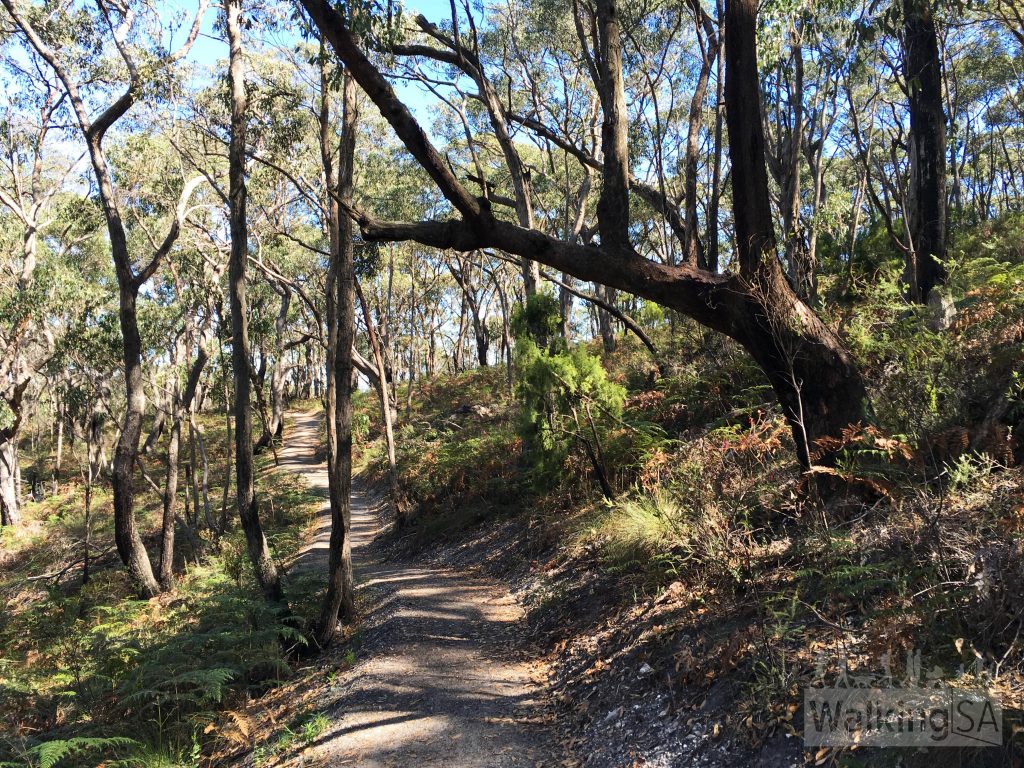 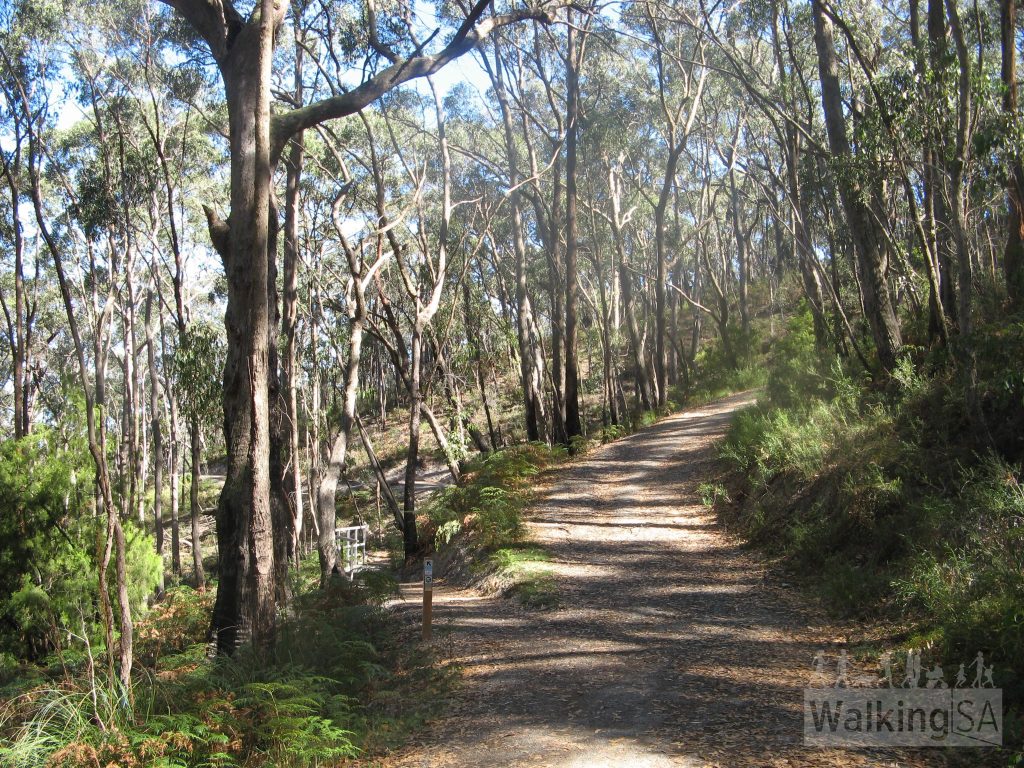 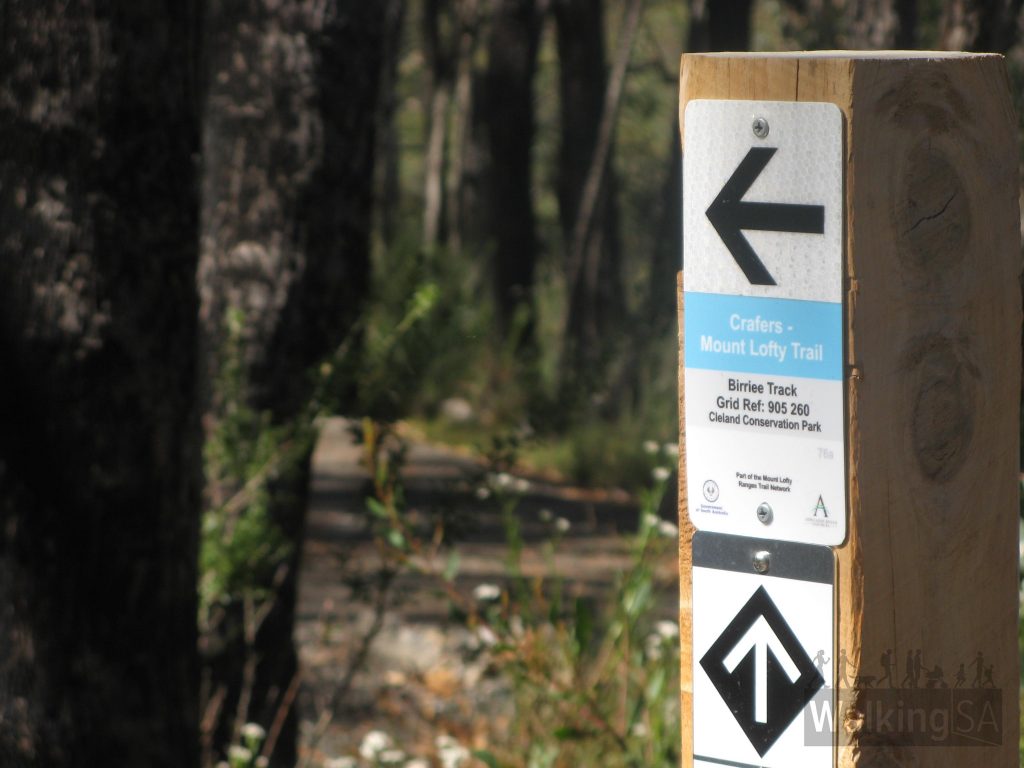 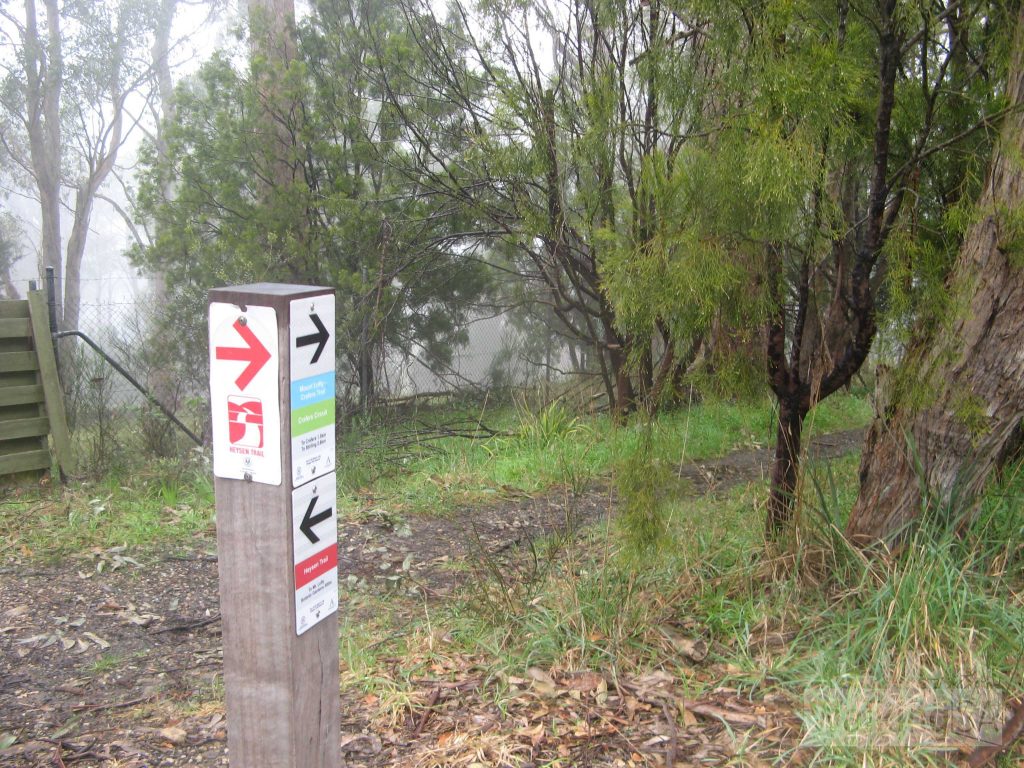 Markers and signs along the way 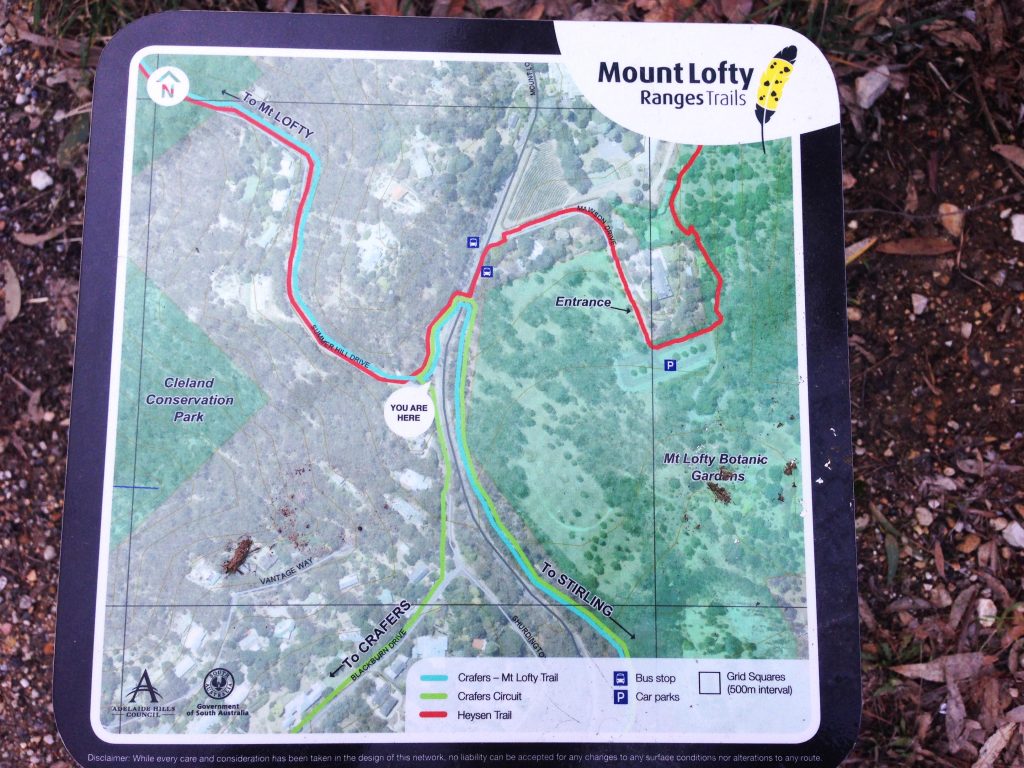 Checkpoint map signs along the way