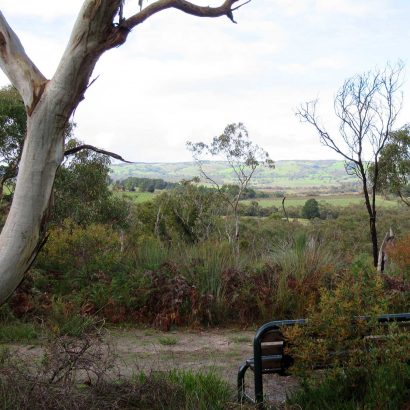 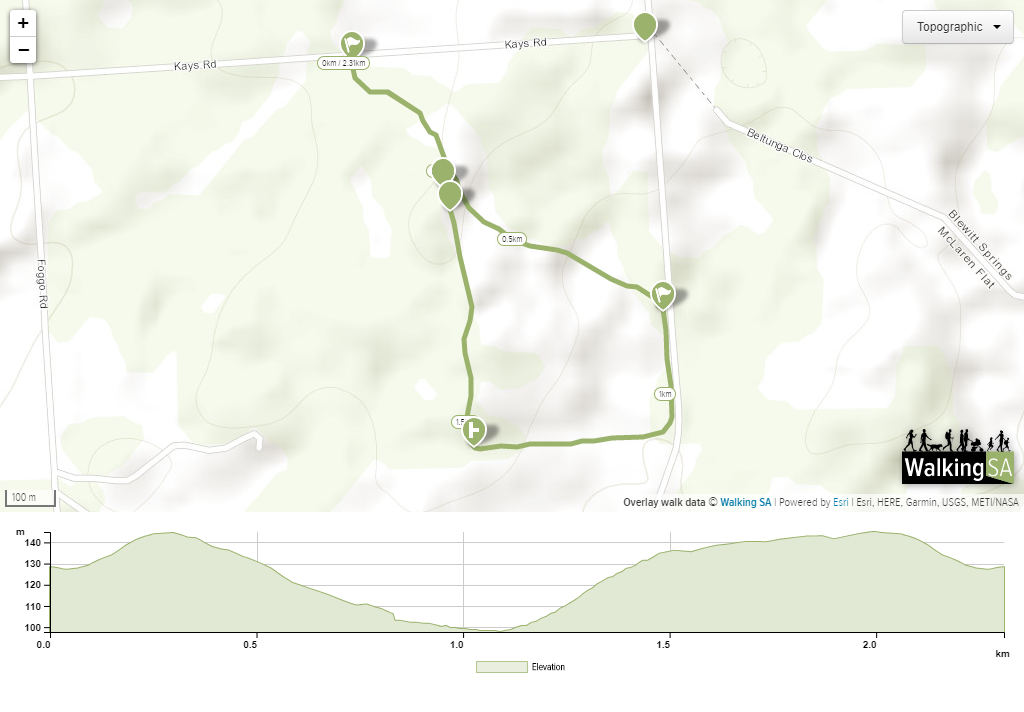 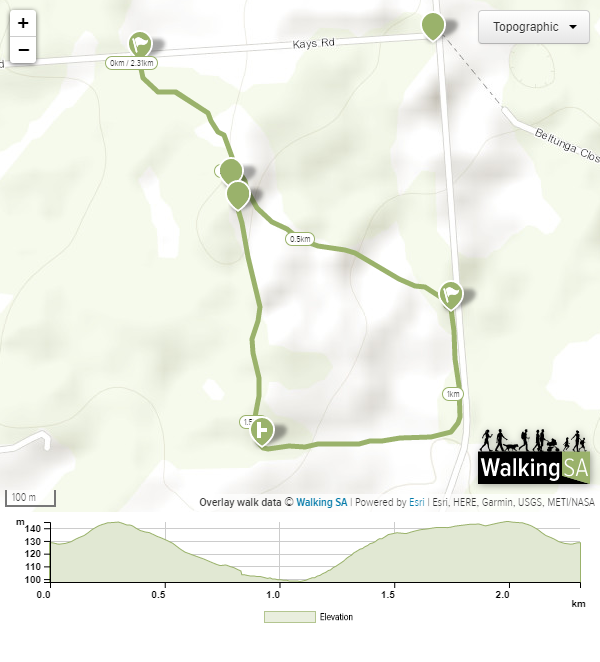 Explore the varied natural vegetation in the Manning Flora & Fauna Reserve in McLaren Vale. This small park, surrounded by vineyards, is a pink gum woodland, with a variety of other flowering plants such as silver and desert banksia which are especially common in winter. In winter and spring, the wattles burst into flower and the bush is awash with yellow blooms. The most common species are myrtle, golden and rock wattles.

The flowers of the smoke bush, downy mintbush, heath tea-tree, pink ziera and common fringe mrtyle sometimes peek from the greenery. If sufficient rain has fallen or a fire occurred, the grass trees may produce flower spikes.

Clumps of mistletoe sway from many of the eucalypts. Seeds of this parasitic plant are deposited on the tree in bird droppings. The plant eventually develops roots, taking nutrients and water from its host tree.

Getting there: You can start this walk on Kays Road, via the access gate. However, note there is very limited space for roadside parking here. There is more space for parking cars at the Whitings Road entrance gate. There is also a gate on the corner of Kays Road and Whitings Road.

Walking route: There is no marked walking trail, but a Y-shaped fire track, and a perimeter fire track. The loop we are detailing is not marked with signpost arrows, but rather a suggested route for you to find your own way. You could start on Kays Road at the base of the Y and walk a loop, taking the left fork to Whitings Road, then following the perimeter along Whitings Road, turning right and following the perimeter track half way up the hill, returning along the other section of the Y track – along the Alex Bell Track. Parking space is very limited on Kays Road, so this starting spot may not always be available.

The 45 hectare reserve is owned and managed by the Field Naturalists Society of South Australia Inc. The reserve was established in 1955 after Sydney Manning, after whom the reserve is named, bequeathed the land to the Society. The society has erected several interpretive signs and undertaken many volunteers hours maintaining the reserve.

There are two park benches near the centre junction of the Y tracks, on the Alex Bell Track, where you can sit and admire the views of the Willunga ranges. 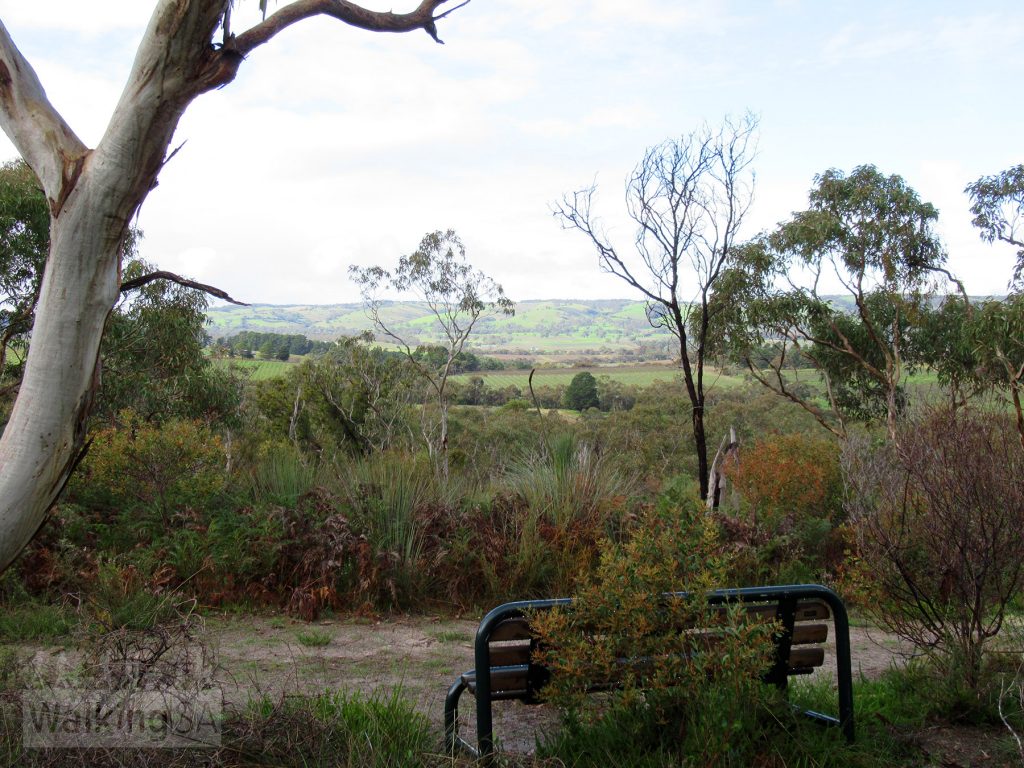 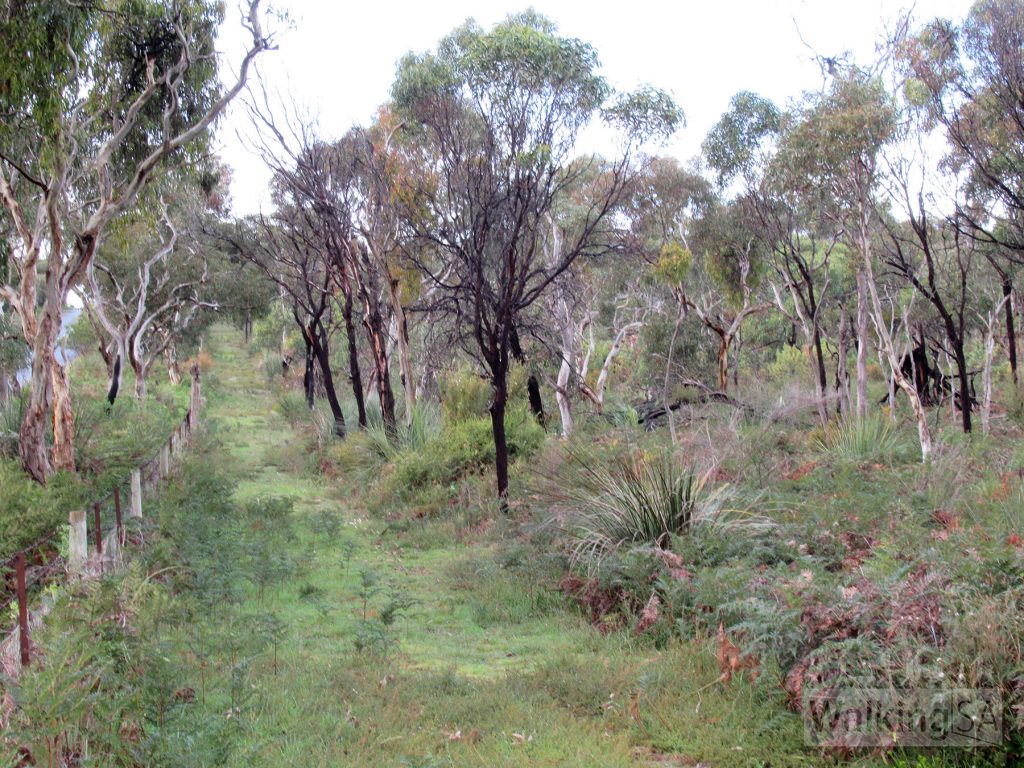 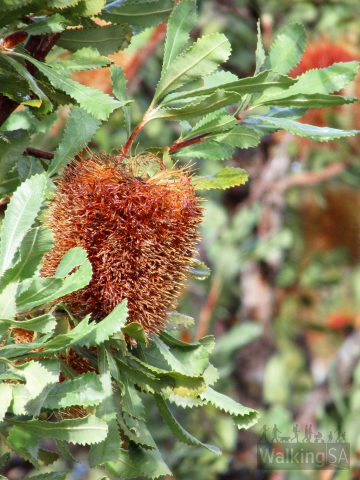 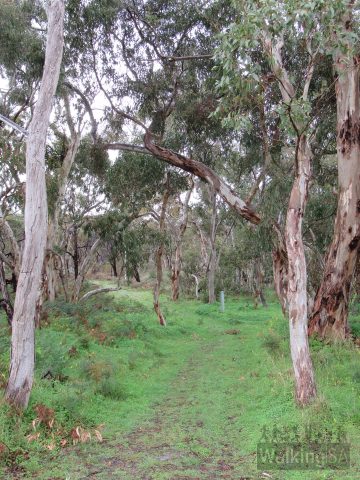 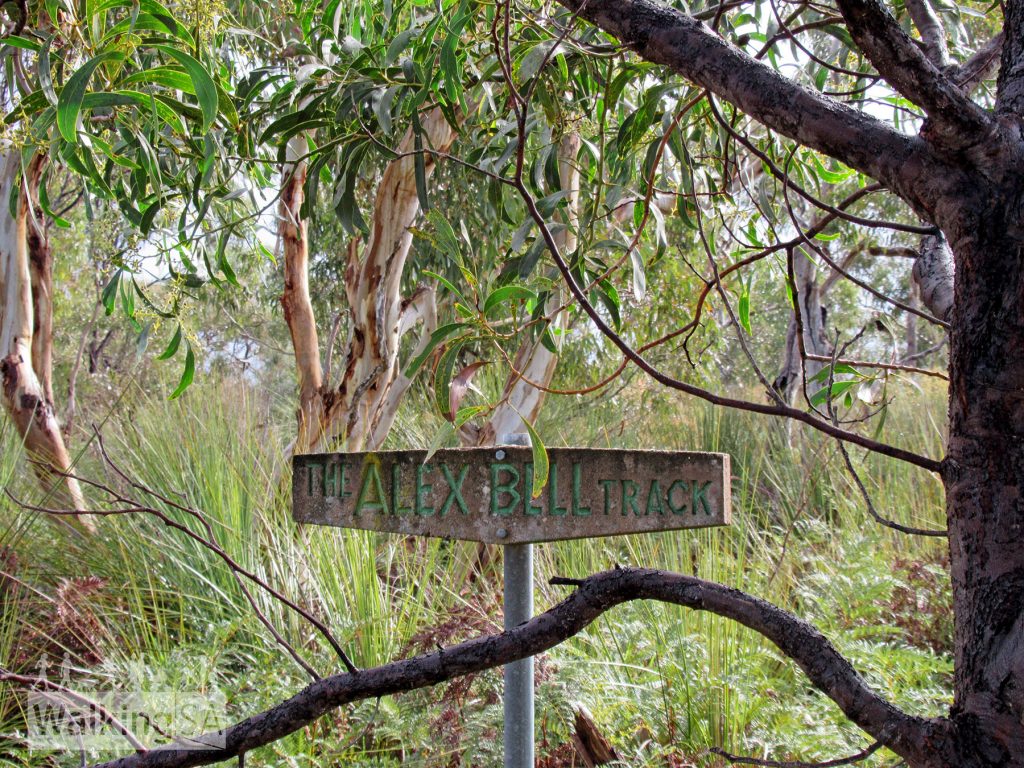 The Main Track in the Manning Flora & Fauna Reserve 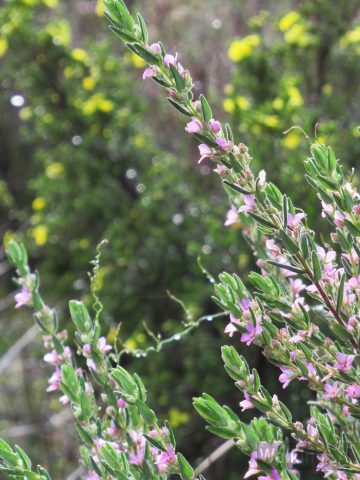 There are many flowering bushes in the reserve 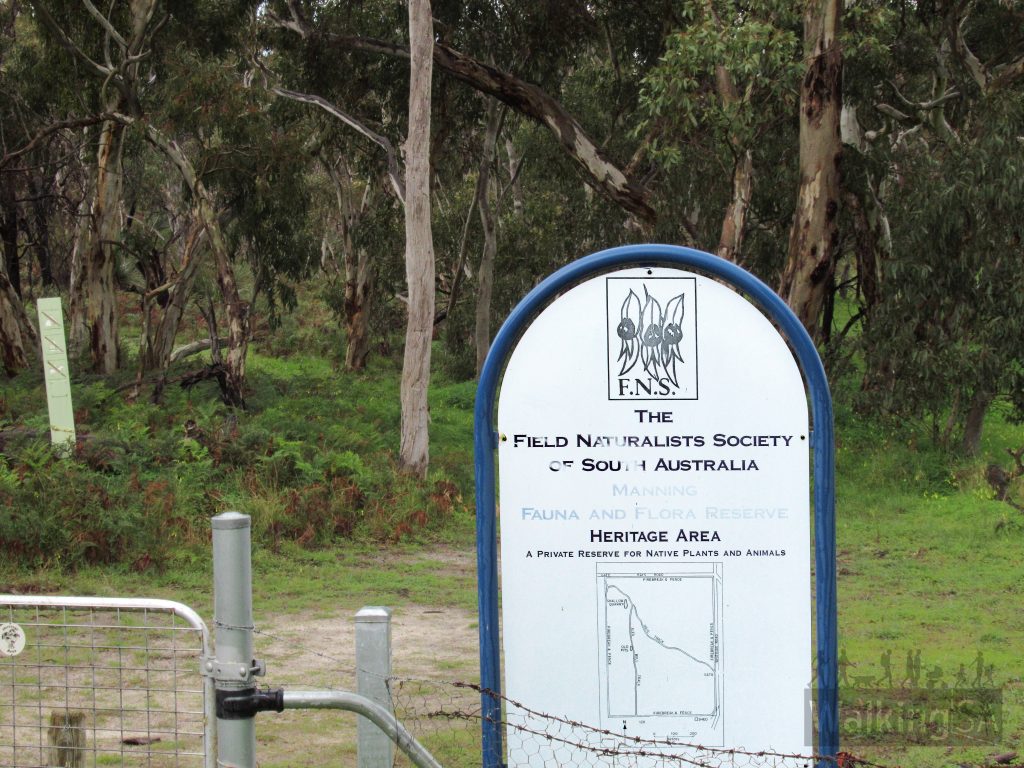 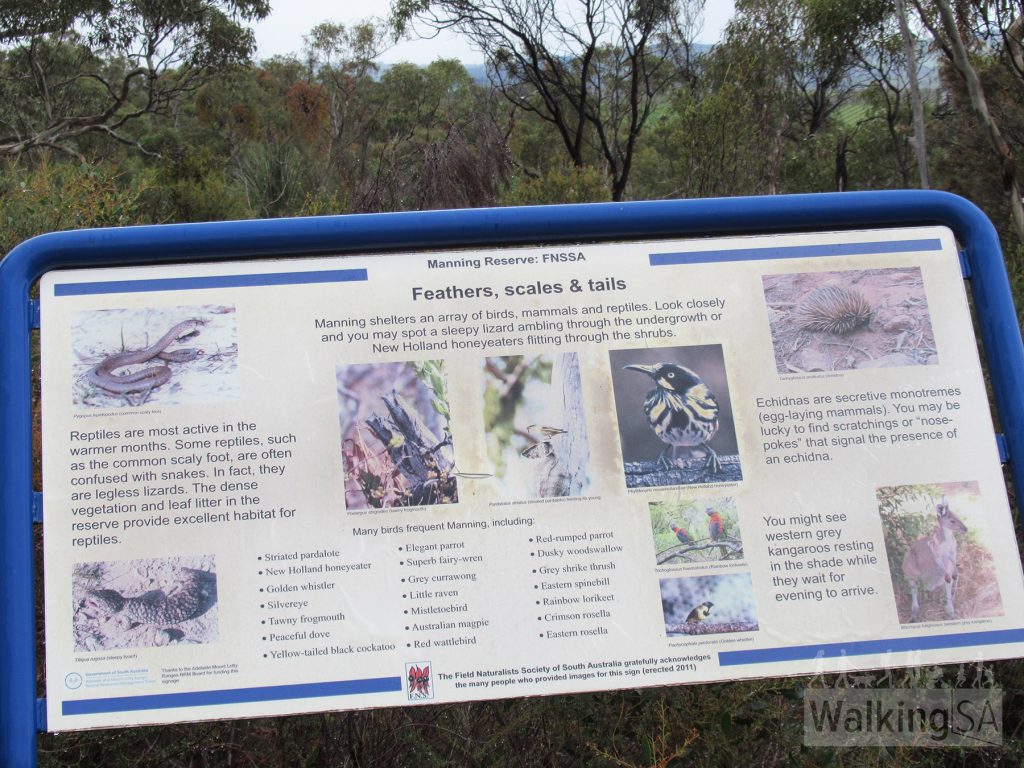 One of the intrepretive signs 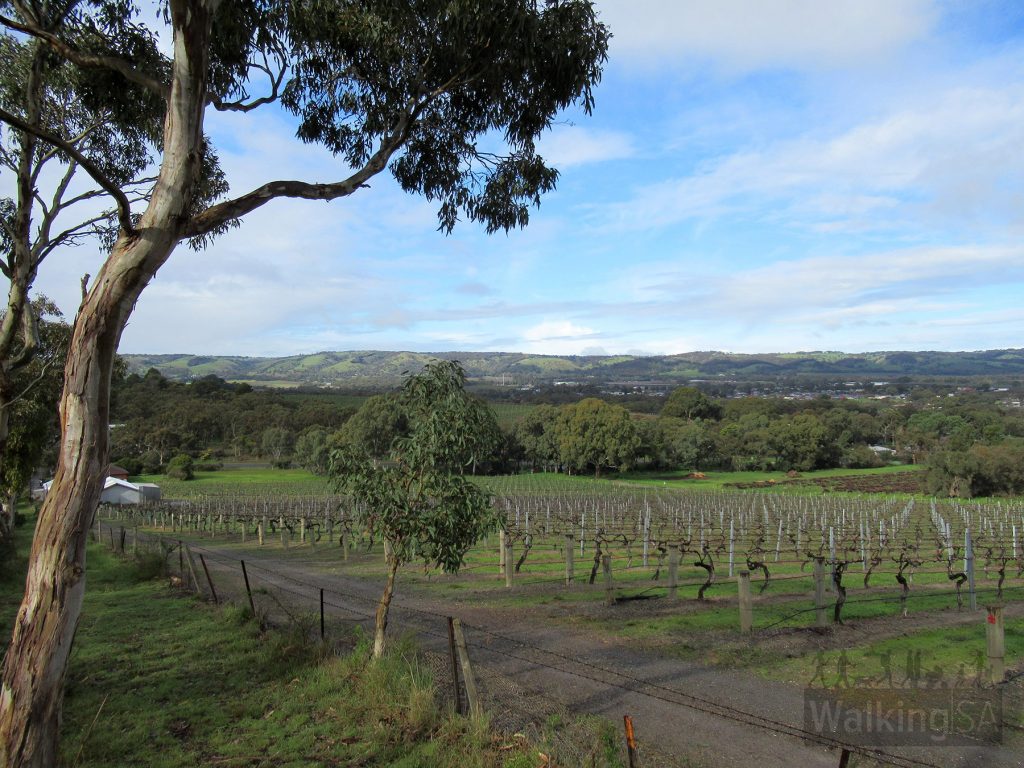 The walk up from Whitings Road, along the southern perimeter and adjoining vineyards, up to the Alex Bell Track 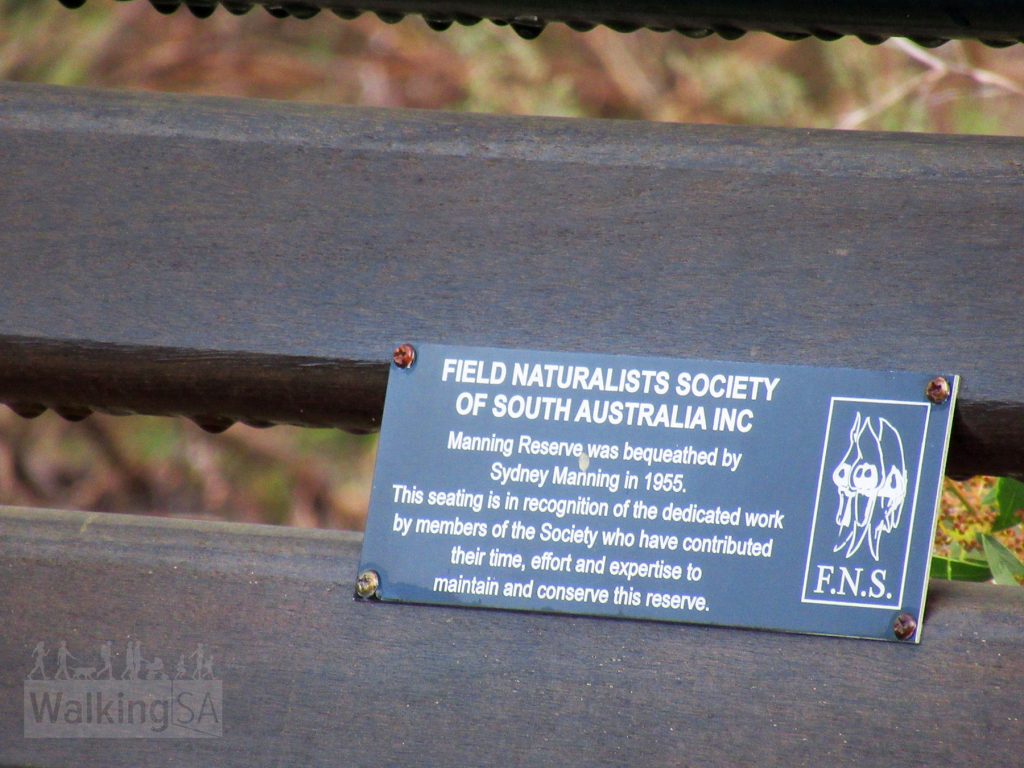 The reserve was established in 1955 after Sydney Manning, after whom the reserve is named, bequethed the land to the Field Naturalists Society of South Australia Inc 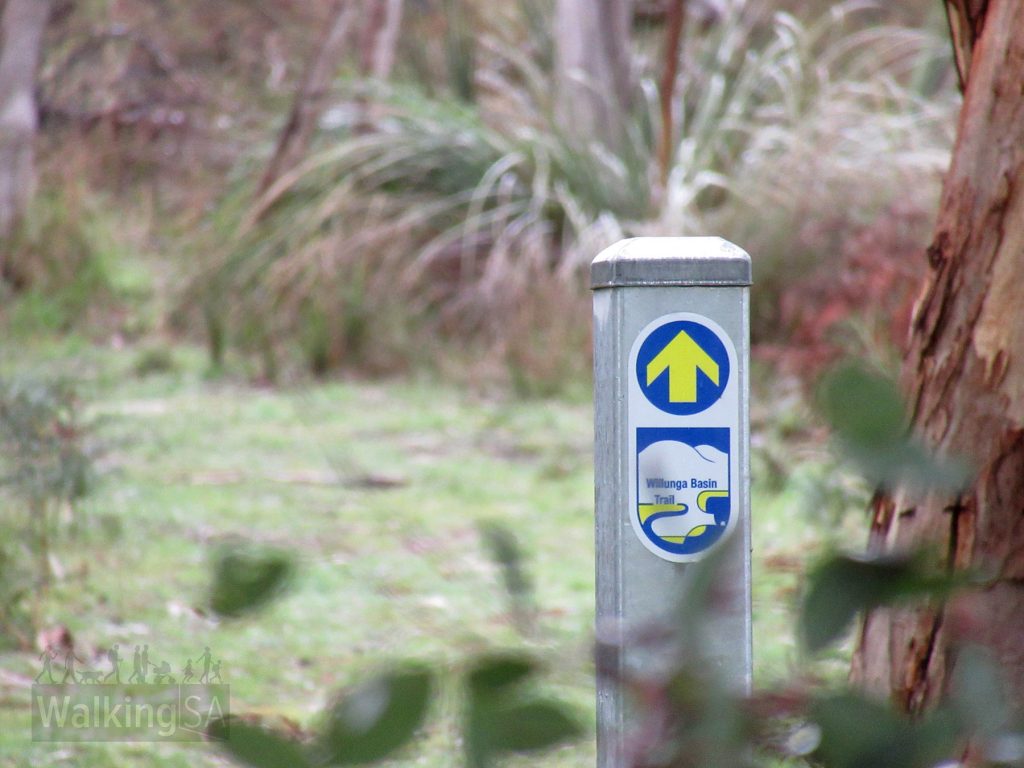 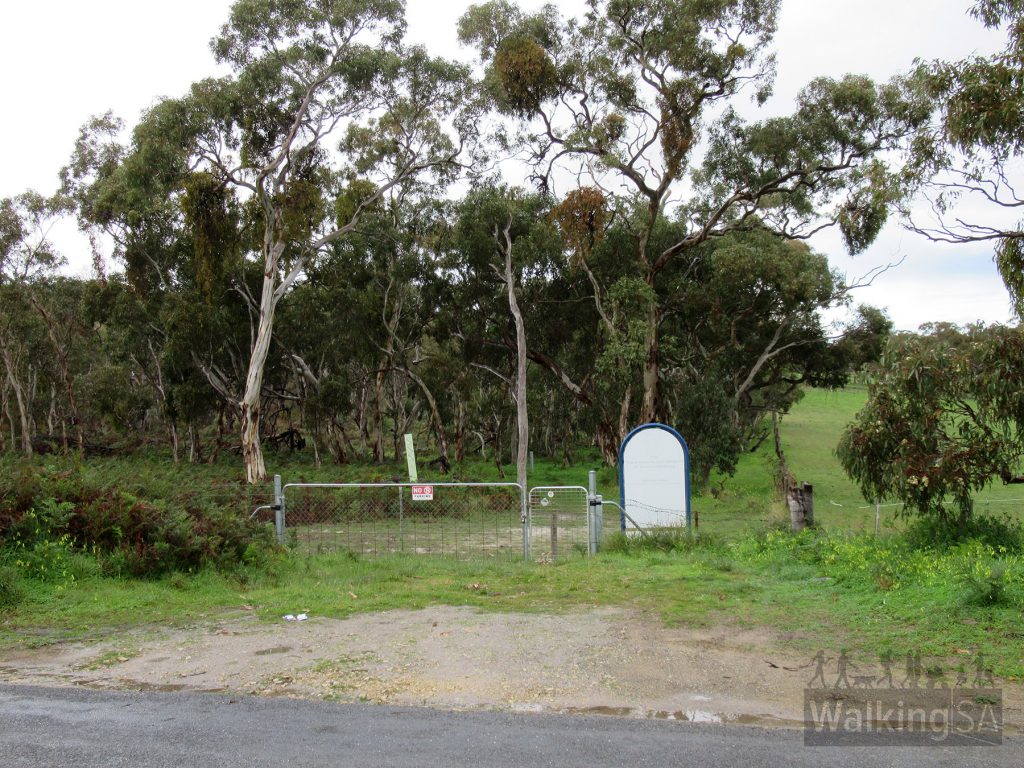 The gate on Kays Road