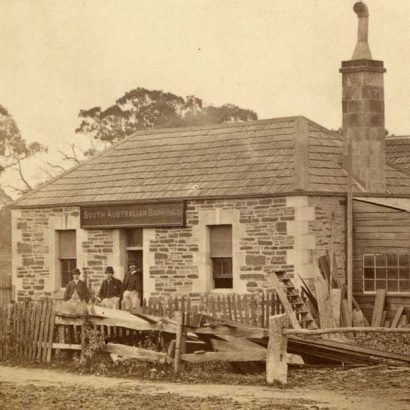 Today’s township of Mount Pleasant is made up of the towns of Totness, Mount Pleasant and Hendryton. Settlers began living in the district in 1843, however it was later that the towns were surveyed. Mount Pleasant was developed by Henry Glover, and surveyed in 1856. It comprised the land from Railway Terrace to Saleyard Road. The name was taken from that used by James Phillis, who had come from an area near Mount Pleasant in Kent. The land had reminded him of his homeland. His sister was named Pleasant, who may also have inspired the name.

Totness was surveyed in 1858, with Henry Giles Sr. as the developer; this was the section from Saleyard Road to Pentelows Road. It was named after the birthplace of Henry’s wife, Mary Ann. Henry also developed North Totness, which is the land from Pentelows Road to the Walker’s Falt Road, surveyed in 1869.

John Hendry, a blacksmith living in Totness, developed the land to the west of Mount Pleasant, comprising that from the Crick’s Mill Road (to Williamstown) to Railway Terrace, and this was surveyed in 1865.