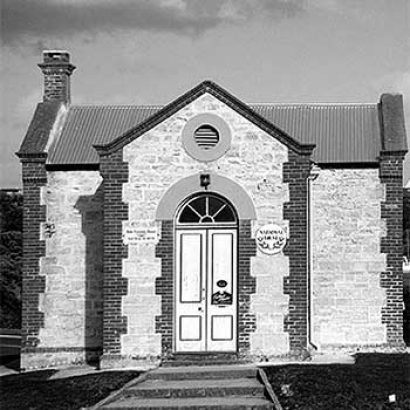 Explore the two Historical Walks around the remarkable town of Robe:

“Tucked away on South Australia’s rugged Limestone Coast, Robe has a remarkable history. The picturesque seaside town sits on the shores of Guichen Bay, named in honour of a French Admiral after it was sighted by explorer Nicolas Baudin, in 1802.

For at least 30,000 years, the area was home to the Bunganditj and Meintangk peoples. The first European settlers came hot on the heels of the famous overlander, Charles Bonney, who brought through a mob of cattle in 1839, opening up a new route from New South Wales to Adelaide.

The town itself was named after South Australian Governor Frederick Holt Robe, who chose the site for a new port and settlement in 1846, to serve as the government and commercial hub of the colony’s south-east. The area was attracting a growing number of pastoralists, who needed supplies and a convenient shipping route for their wool.

By 1859, Robe had become one of southern Australia’s busiest ports, and the second largest out-port for wool in South Australia, driven by the energy and business acumen of local shipping agent, George Ormerod. Within a period of just 10 years, more than £1 million worth of wool passed through Robe on its way to Europe, with many ships sailing direct to London.

In the late 1850s, the town became part of one of the most remarkable treks in Australian history. Starting in 1856, thousands of Chinese migrants travelled through Robe on their way to the Victorian goldfields. In 1857 alone, some 15,000 or so Chinese landed in Robe direct from China, to avoid a poll tax imposed by the Victorian government. After staying a few days, they gathered their supplies and set off on foot, walking more than 400 km through the bush.”