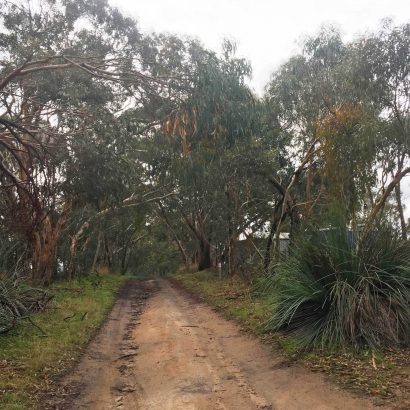 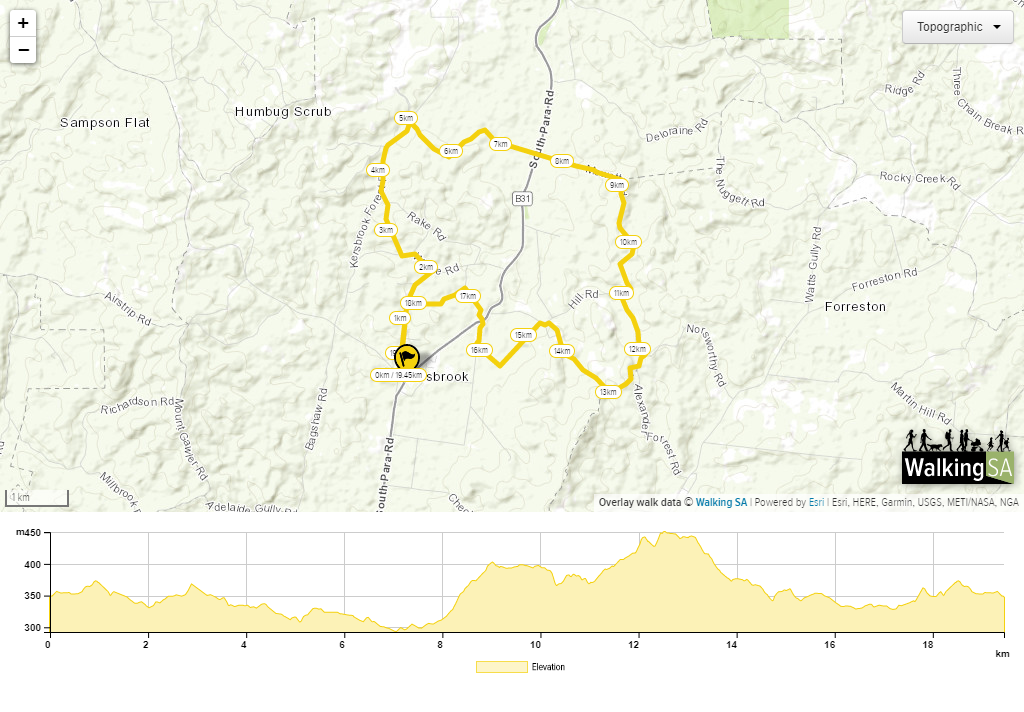 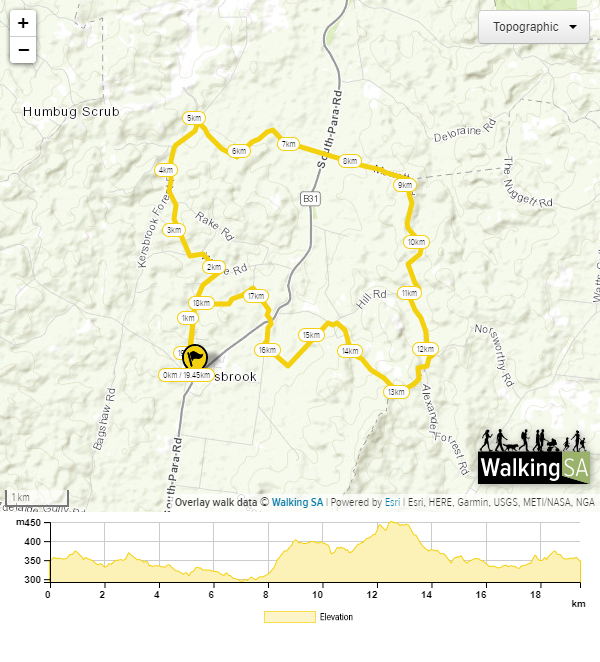 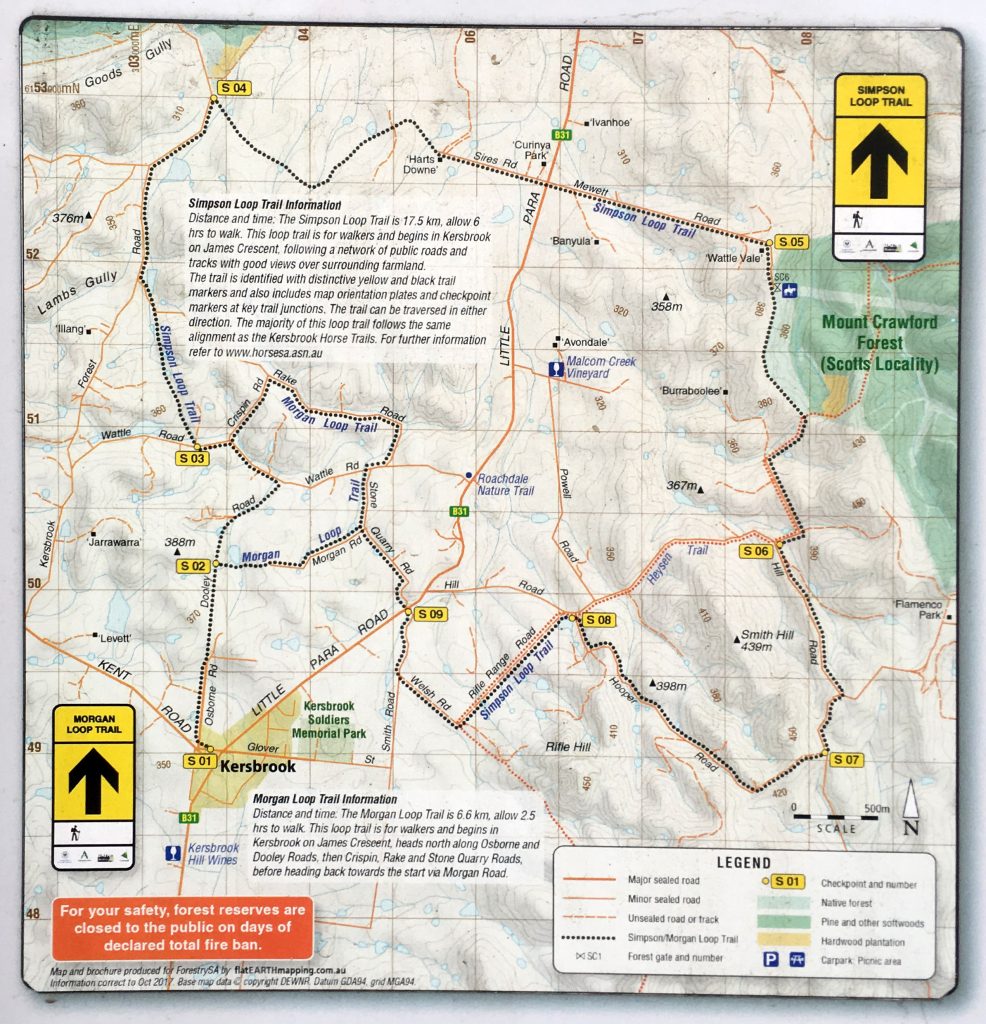 The Simpson Loop Trail follows quiet country lanes and tracks through the area north of the town of Kersbrook, with good views over surrounding farmland. Although the trail is deemed for walkers, most of the trail is actually along dirt roads shared with cars, and is part of the Kersbrook Horse Trails. The sections near the start, between checkpoint S02 and S03 and towards Morgan Road are tracks not roads.

A shorter experience is along Morgan Loop Trail (6.8km 2.5 hours).

The trail begins from the Mount Lofty Ranges Trails main trailhead at the Kersbrook Public Hall, on James St Kersbrook. 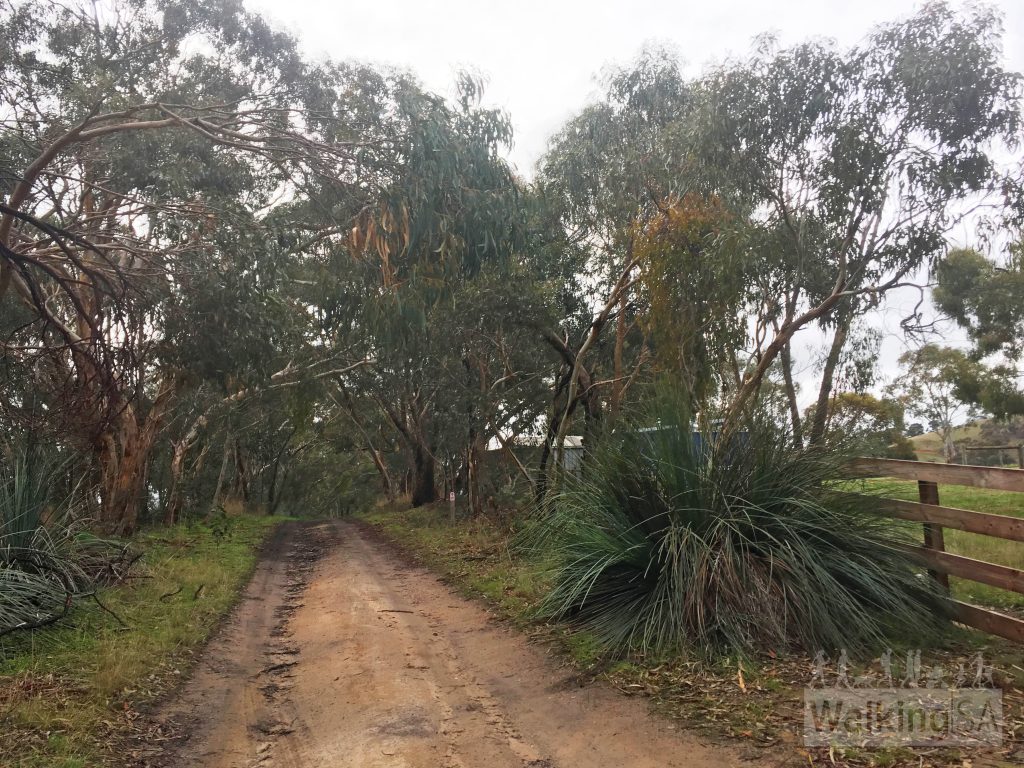 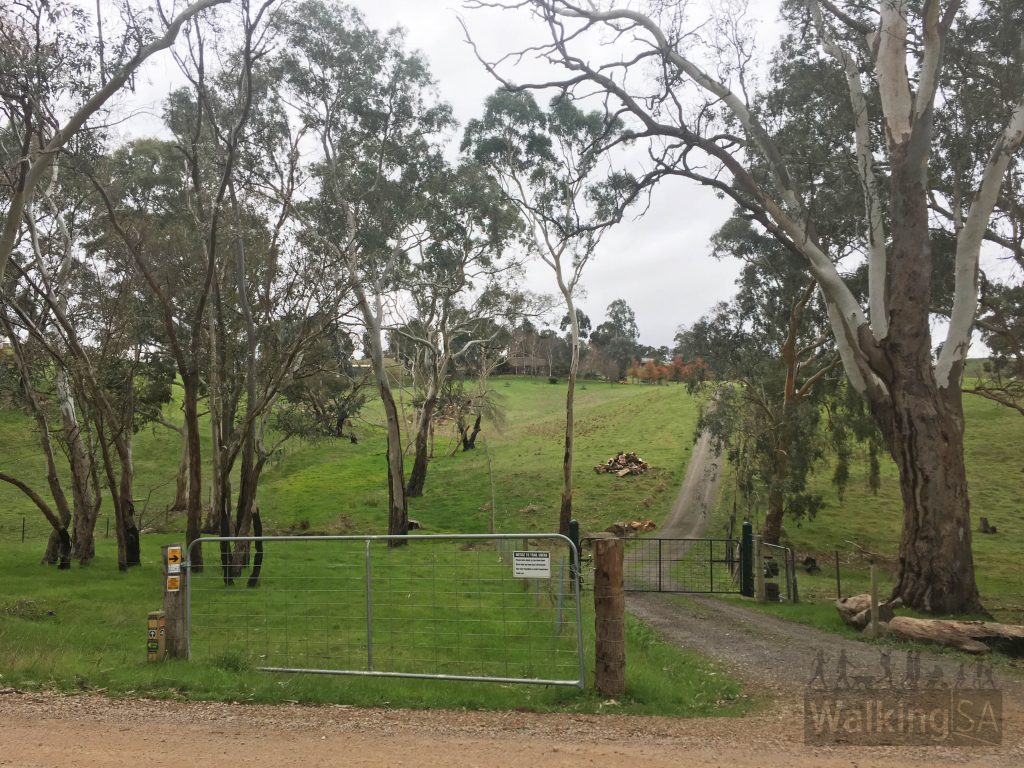 A couple of section of the Simpson Loop Trail are not on roads, but instead along grassed sections through unmade road reserves 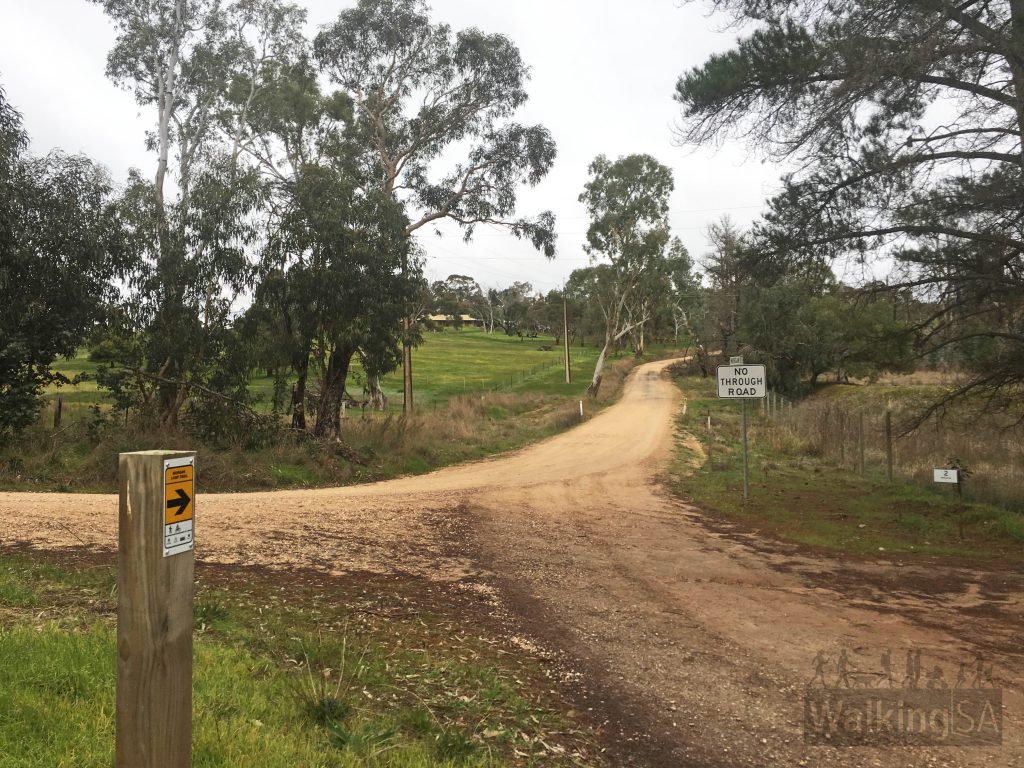 The Simpson Loop Trail follows quiet country lanes and tracks, but you will need to watch out for cars 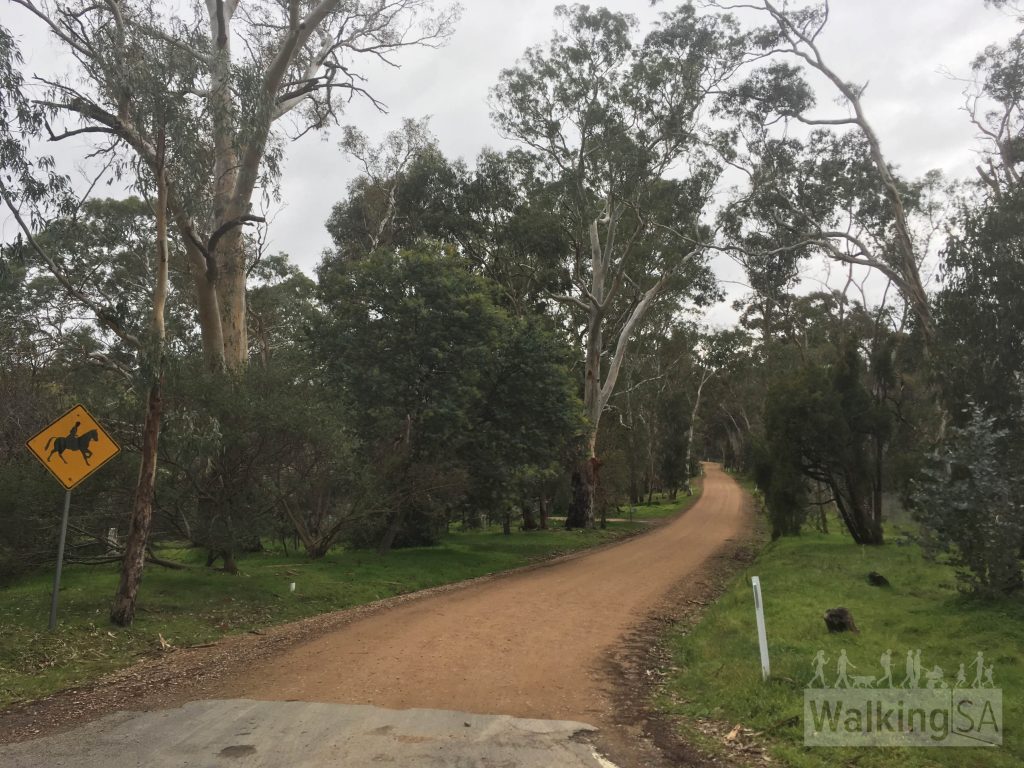 The Simpson Loop Trail follows quiet country lanes and tracks, much of which is part of the Kersbrook Horse Trails network 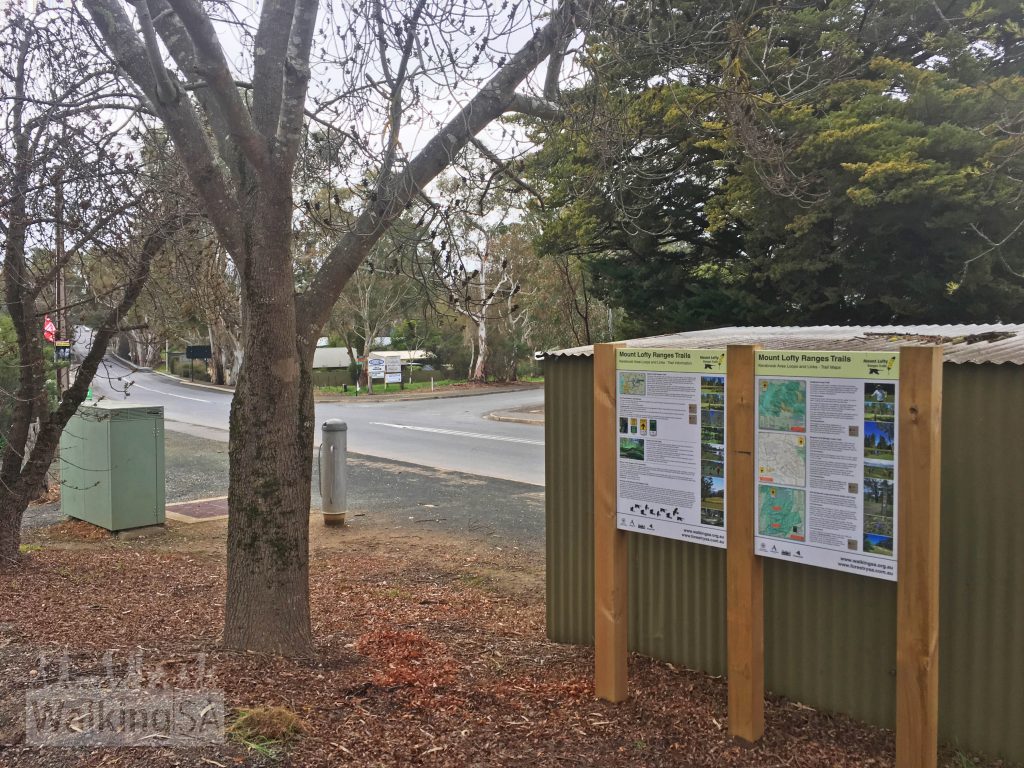 The trailhead of the Mount Lofty Ranges Trails is in the carpark at the Kersbrook Public Hall, on James St Kersbrook. 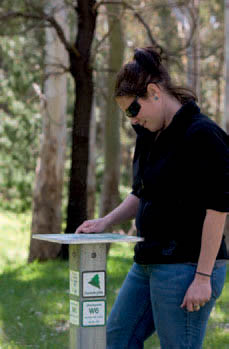