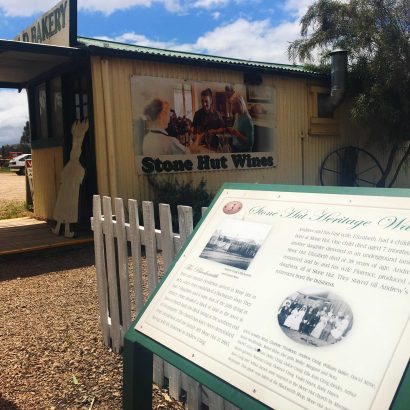 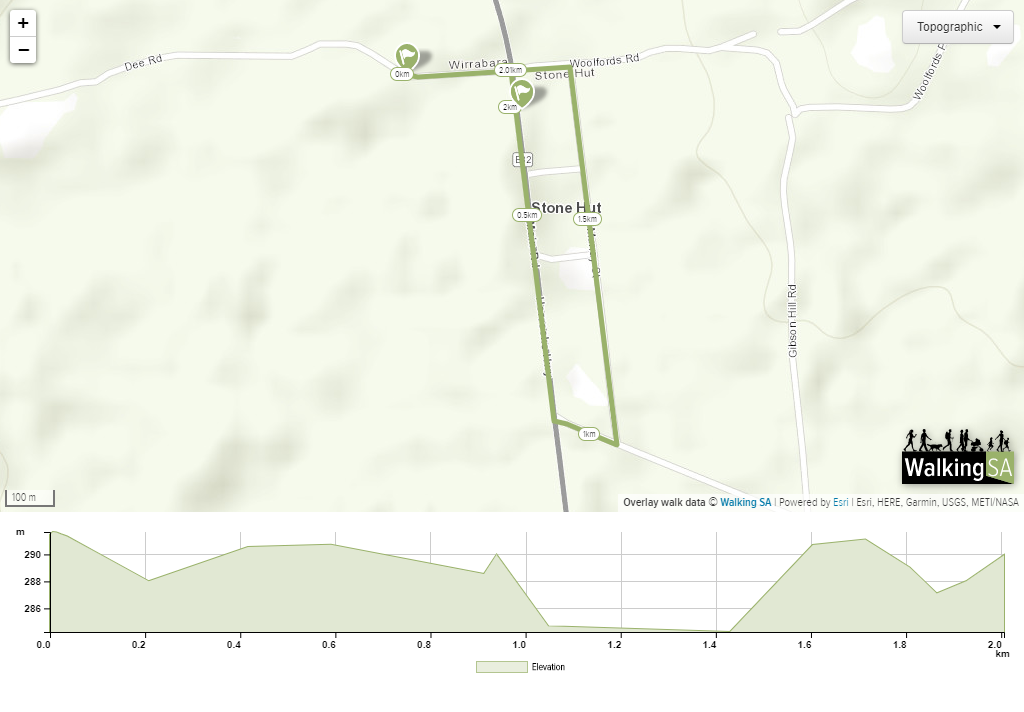 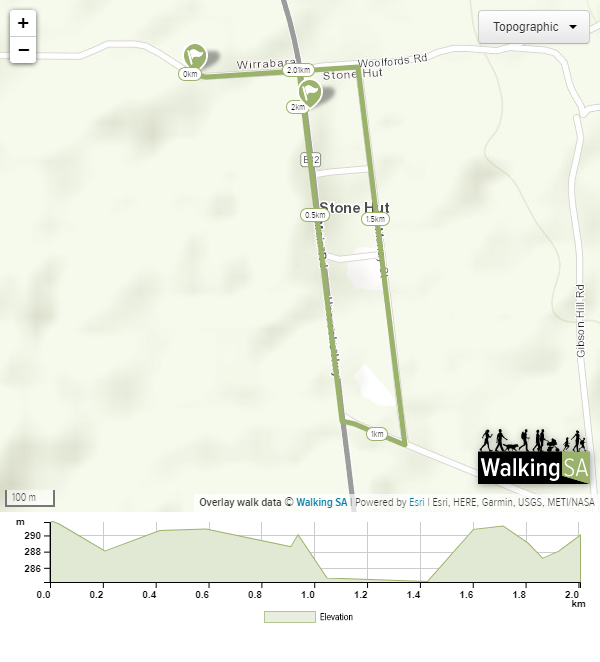 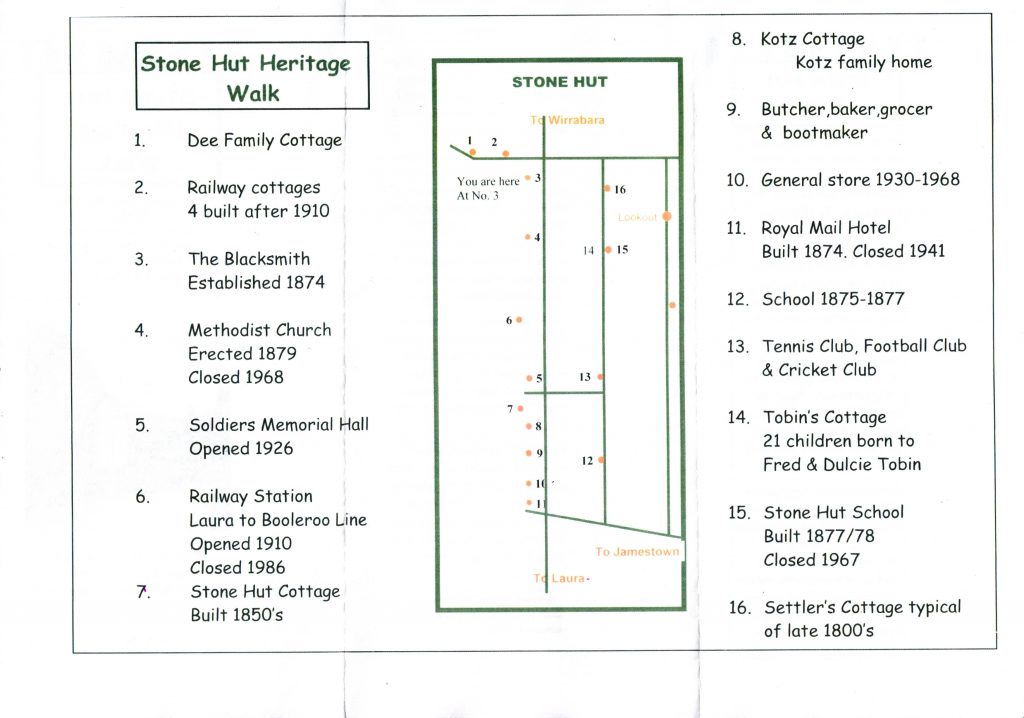 Enjoy this historical walk of the town of Stone Hut, a small town north of Laura. Each of the 16 locations is marked with an interpretive sign with further history. Begin the walk from the Stone Hut Bakery. Enjoy a weekend in Stone Hut by staying in the quaint Stone Hut Cottages.

Stone Hut was named after the old stone cottage erected on the banks of the Rocky River about 1km west of the township in the 1850s for Frederick White and his bride. It still survives as a relic of the mad coach days. It was also a stopping place for teamsters busily carting wood from the forest to the mines in Burra.

Stone Hut was surveyed in 1874 and trade expanded the little settlement Coach passengers would have stayed at the Royal Mail Hotel on the main road but this has since been demolished.

Other buildings were quickly erected, including a Methodist Church in 1879, which has also since been demolished, and the first school in 1877. A number of blacksmiths were in constant demand and masons were fully employed building houses for the newcomers.

A new school was built 1n 1877 and by 1904 there were 70 children attending. It was closed in 1967. It is now a private residence and has been lovingly restored.

With the advent of the railway line in 1910 Stone Hut became a major marshalling area for grain, which was transhipped from the Stone Hut railway siding. The town became a home for railway workers, although it was never known as a railway town. The railway closed in 1986.

Community activity waned after the first 20 years due no doubt to the droughts of that decade, access by rail to larger trading centres and later the ravages of World War 1 on the male population.

In 1926 the residents raised money for the erection of a building as a memorial to the soldiers of World War I. This became known as the Stone Hut Soldiers Memorial Hall and it is still used today for social events and markets.

On this walk you will see: 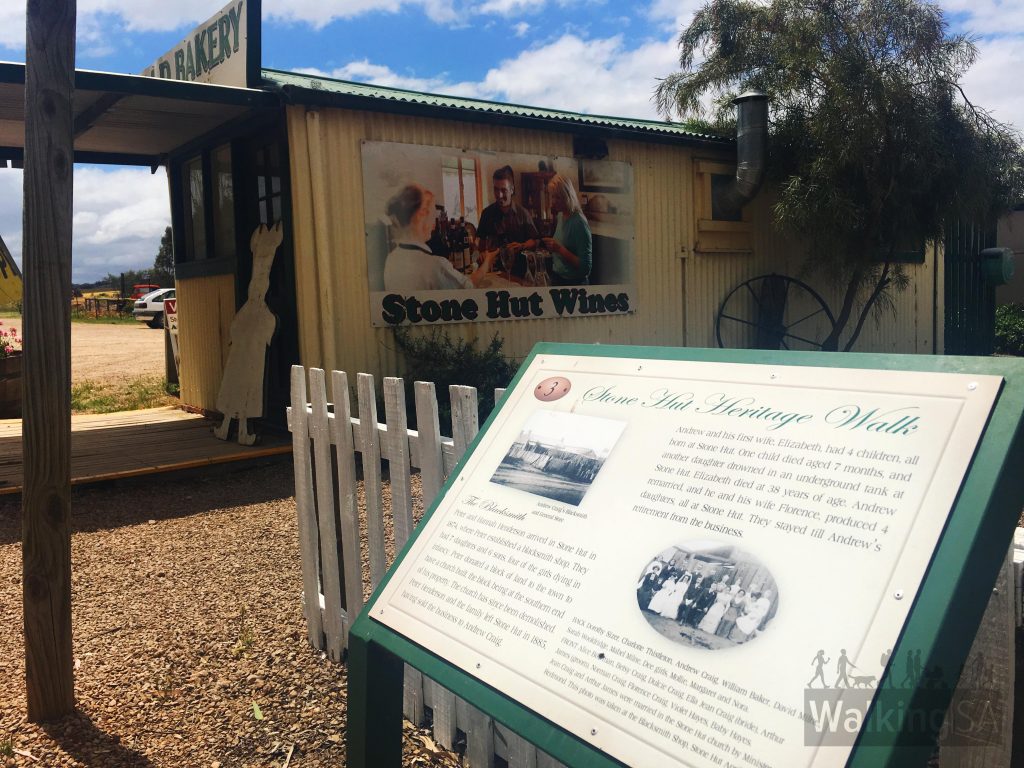 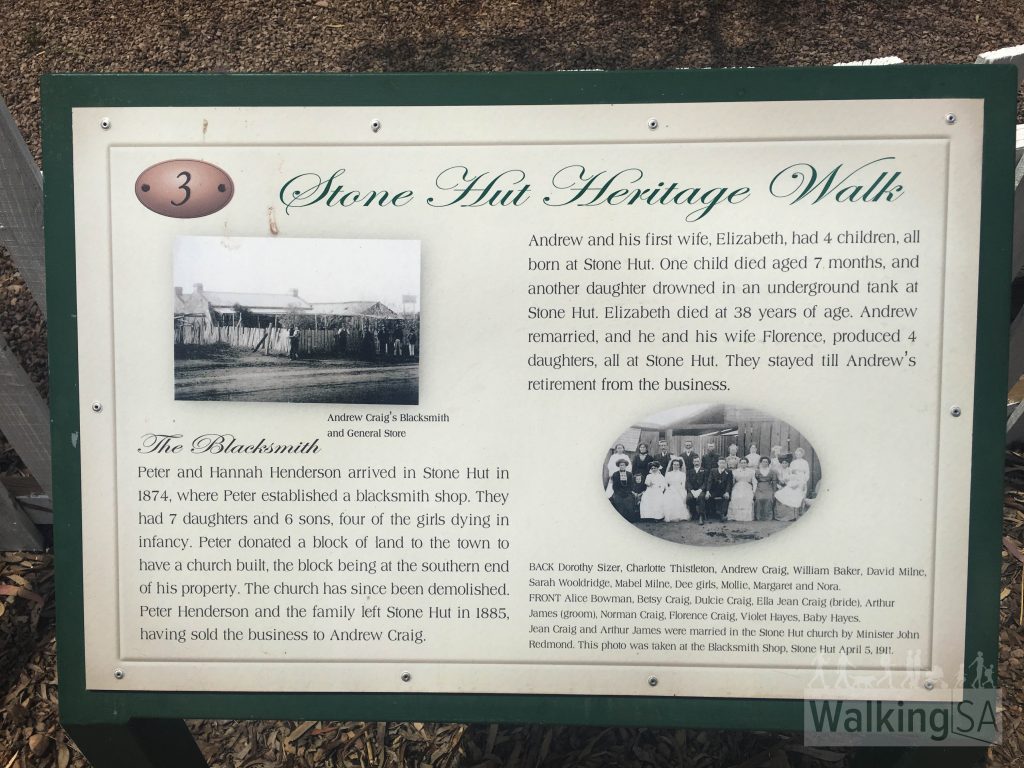