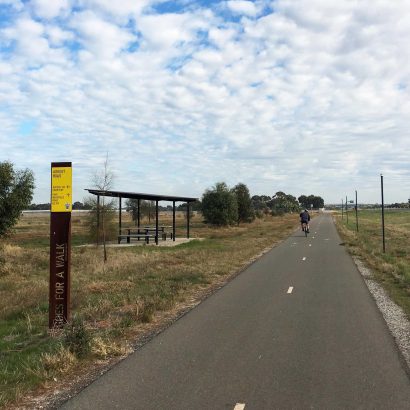 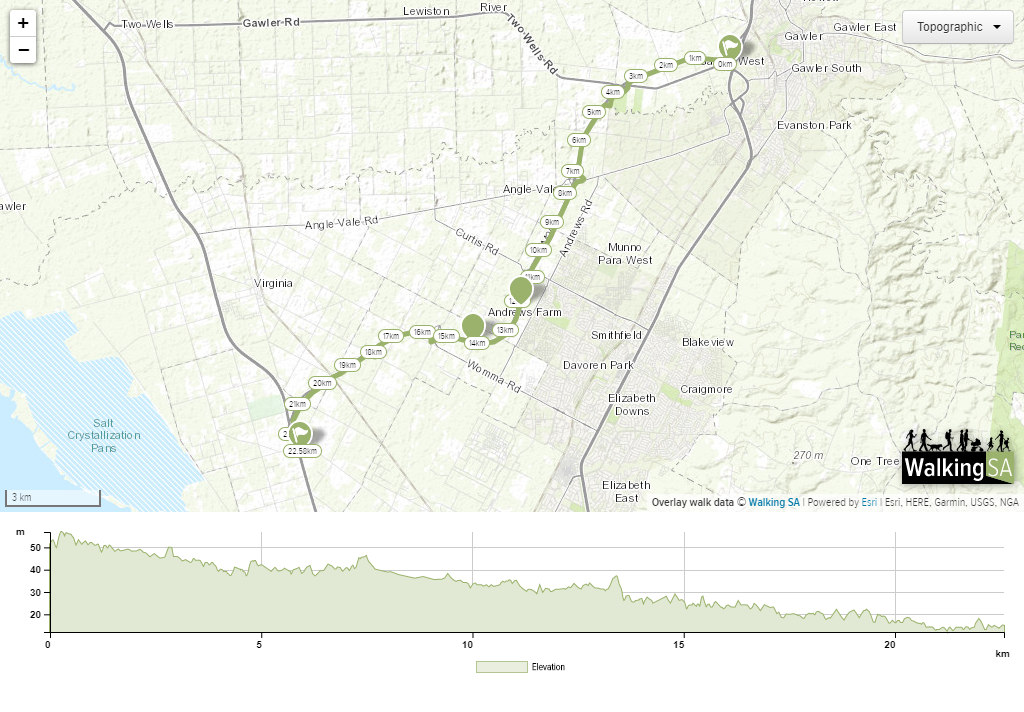 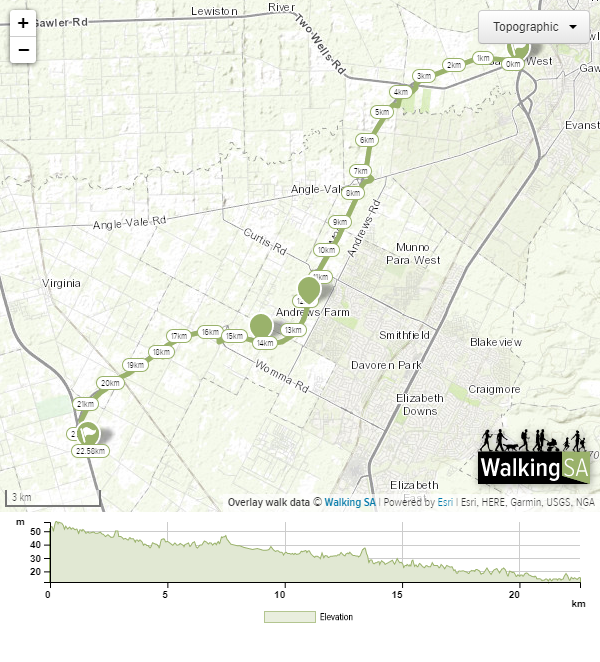 Arguably the trail is primarily focused on cycling, but is good for walking short sections for leisure, health or transport. There isn’t much shade, and the trail is flat, although there is a gentle climb heading to Gawler. The path is wide and a bitumen surface, so is suitable for wheelchairs. The trail is good for parents who walk with their small children riding bicycles.

The northern trailhead of the Stuart O’Grady Bikeway is on the corner of Two Wells Road and Weaver Road, Gawler.

The southern trailhead is at the end of a cul-de-sac parallel to Port Wakefield Road, near Calvengrove Road, Waterloo Corner. In May 2020 the southern trailhead has been connected with the new Tapa Martinthi Yala Shared Use Path that runs alongside the Northern Connector motorway. That trail then connects in the south to the Port River Bikeway which also opened in 2020. The total trails network of the three trails is 43km and is a shared-use bitumen trail, connecting Port Adelaide with Gawler.

Highlights along the trail include: 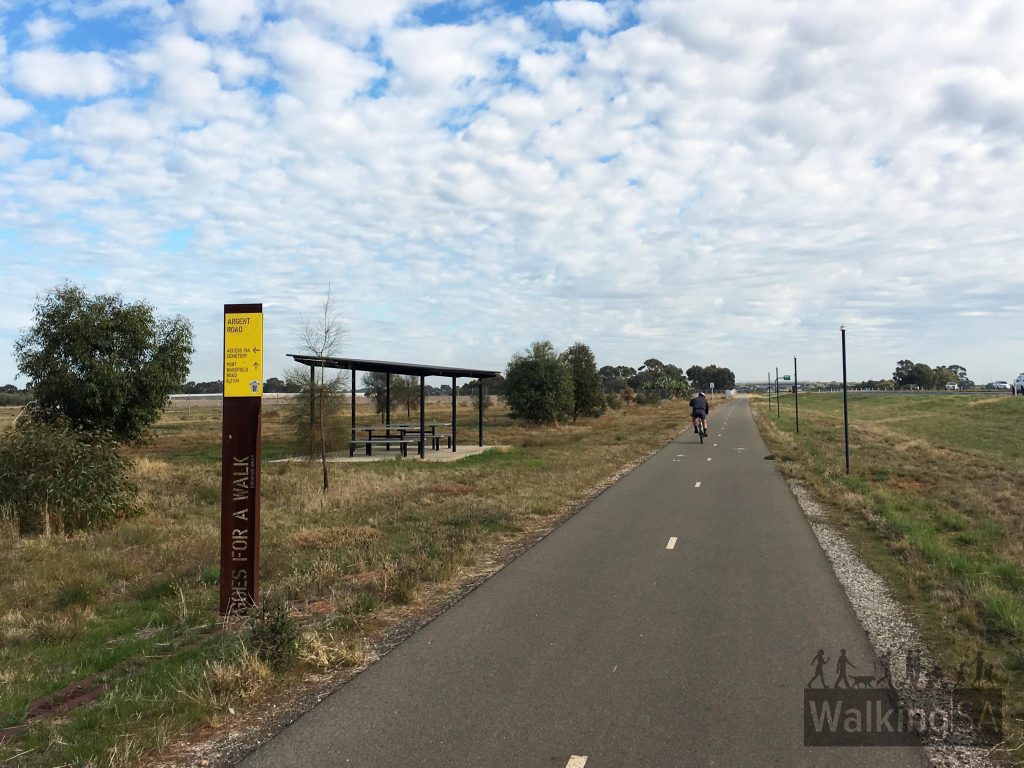 There is a shelter and picnic area near Argent Road, which is 8km from the start of the Stuart O'Grady Bikeway on Port Wakefield Road 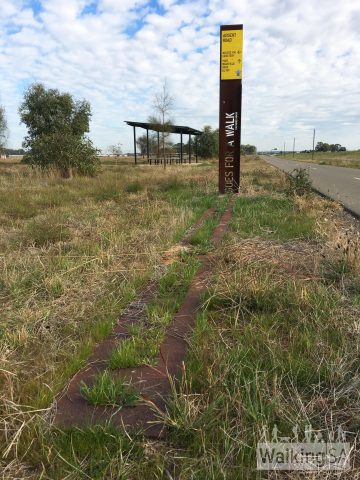 The trail includes signs with quotes running along the ground and up the sign, although many are overgrown and hard to read. This one near Argent Road reads "If you are seeking ideas go out walking. Angels whisper to a man when he goes for a walk. Raymond Inmon" 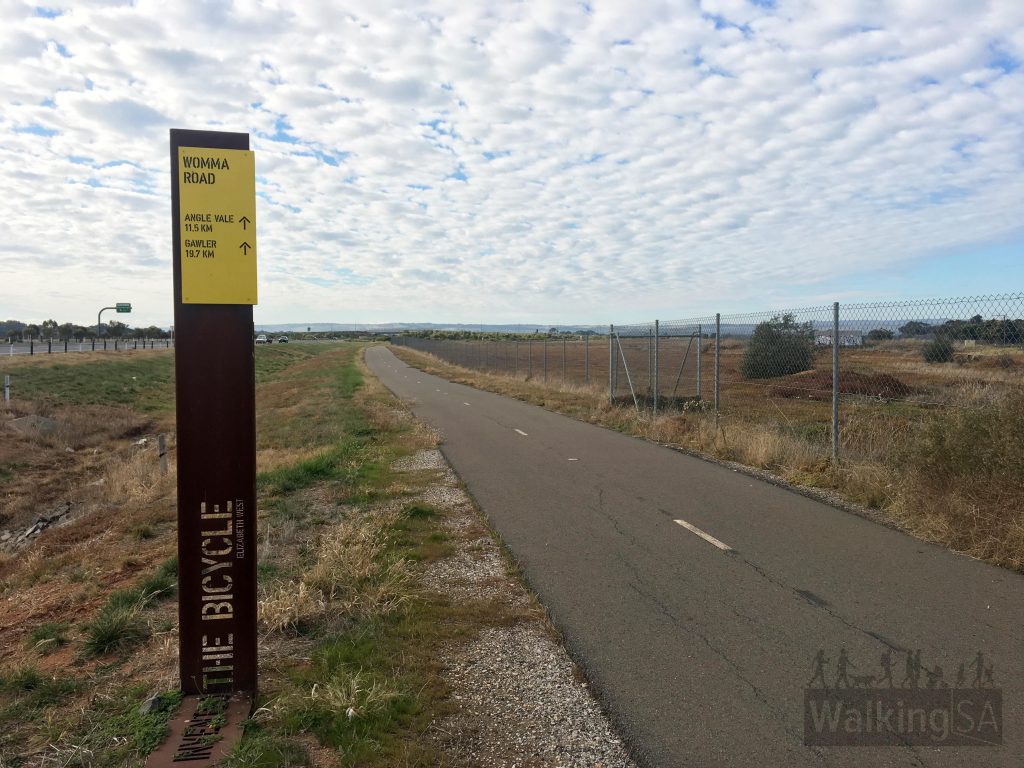 Arguably the Stuart O'Grady Bikeway shared use trail is primarily focused on cycling, but is good for walking short sections for leisure, health or transport. 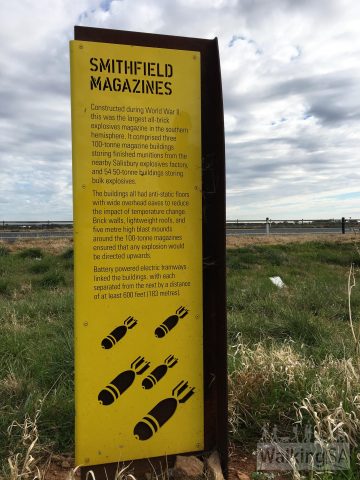 Smithfield Magazines interpretive sign alongside the Stuart O'Grady Bikeway on the Northern Expressway. It reads "Constructed during World War II, this was the largest all-brick explosives magasine in the southern hemisphere. It comprised three 100-tonne magazine buildings storing finished munitions from the nearby Salisbury explosives factory, and 54 50-tonne buildings storing bulk explosives. The buildings all had antistatic floors with wide overhead eaves to reduce the impact of temperature change. Brick walls, lightweight roofs, and five metre high blast mounds around the 100-tonne magazines ensured that any explosion would be directed upwards. Battery powered electric tramways linked the buildings, with each separated from the next by a distance of at least 600 feet (183 metres). 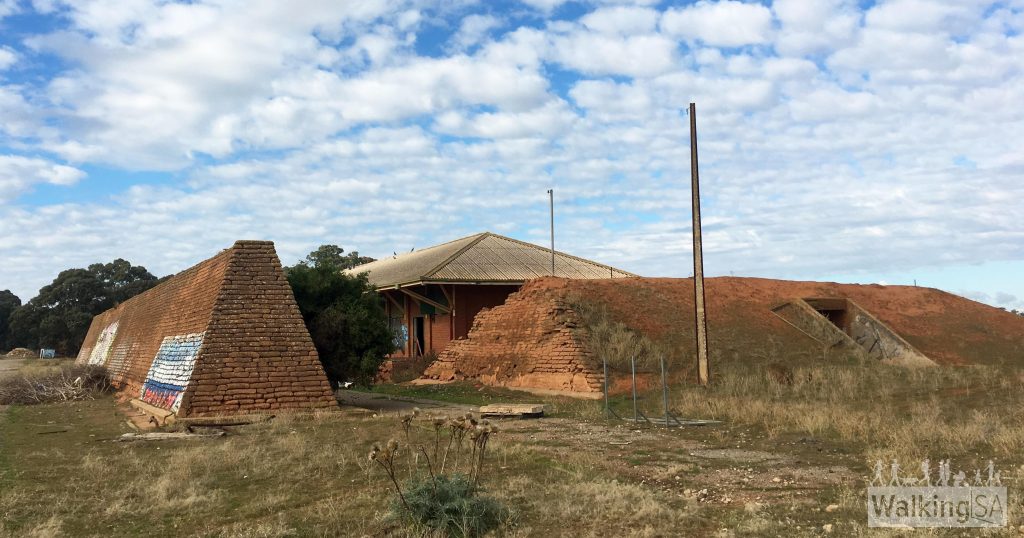 The tramway entrance to one of the Smithfield Magazines beside the Stuart O'Grady Bikeway. A battery powered tramway connected each of the magazine buildings. 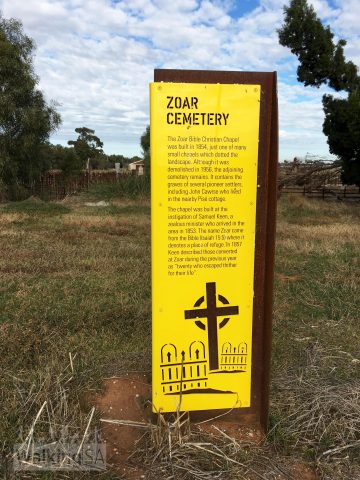 The Zoar Cemetery interpretive sign. It reads "The Zoar Bible Christian Chapel was built in 1854, just one of many small chapels which dotted the landscape. Although it was demolished in 1956, the adjoining cemetery remains. It contains the graves of several pioneer settlers, including John Cawrse who lived in the nearby Pise Cottage. The chapel was build at the instigation of Samuel Keen, a zealous minister who arrived in the area in 1853. The name Zoar came from the Bible (Isiah 15:5) where is denotes a place of refuge. In 1857 Keen described those converted at Zoar during the previous year as 'twenty who escaped thither for their life'." 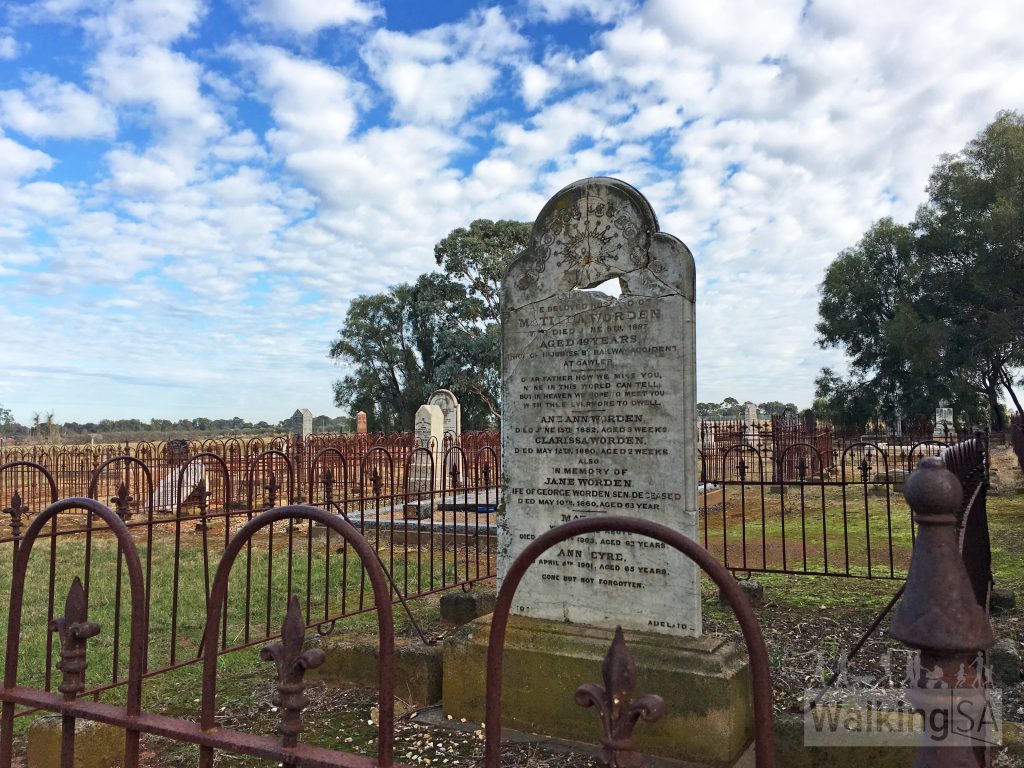 The Zoar Cemetery alongside the Stuart O'Grady Bikeway. The adjacent Zoar Bible Christian Chapel was demolished in 1956. 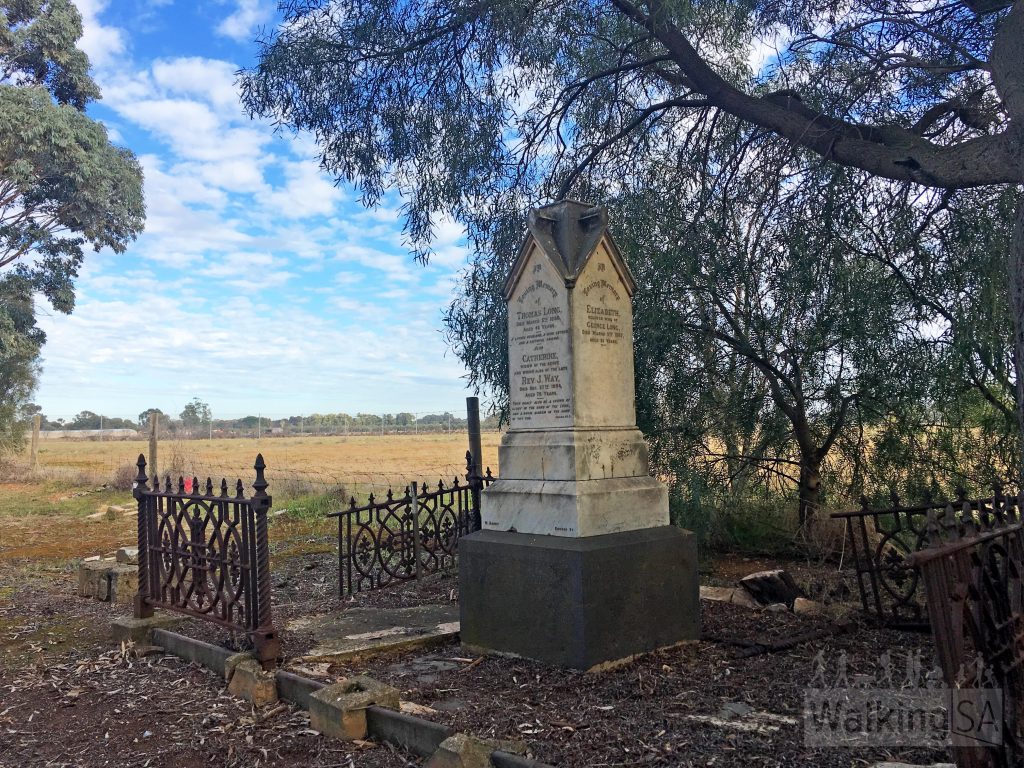 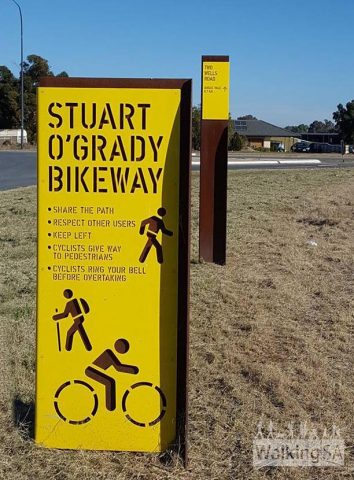 Trailhead sign at the northern end of the Stuart O'Grady Bikeway. The trail is a shared use trail for cyclists and walkers

Arguably the Stuart O'Grady Bikeway shared use trail is primarily focused on cycling, but is good for walking short sections for leisure, health or transport.