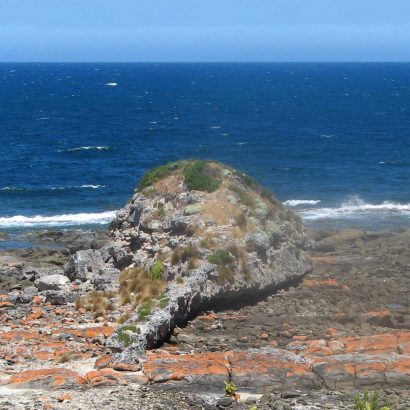 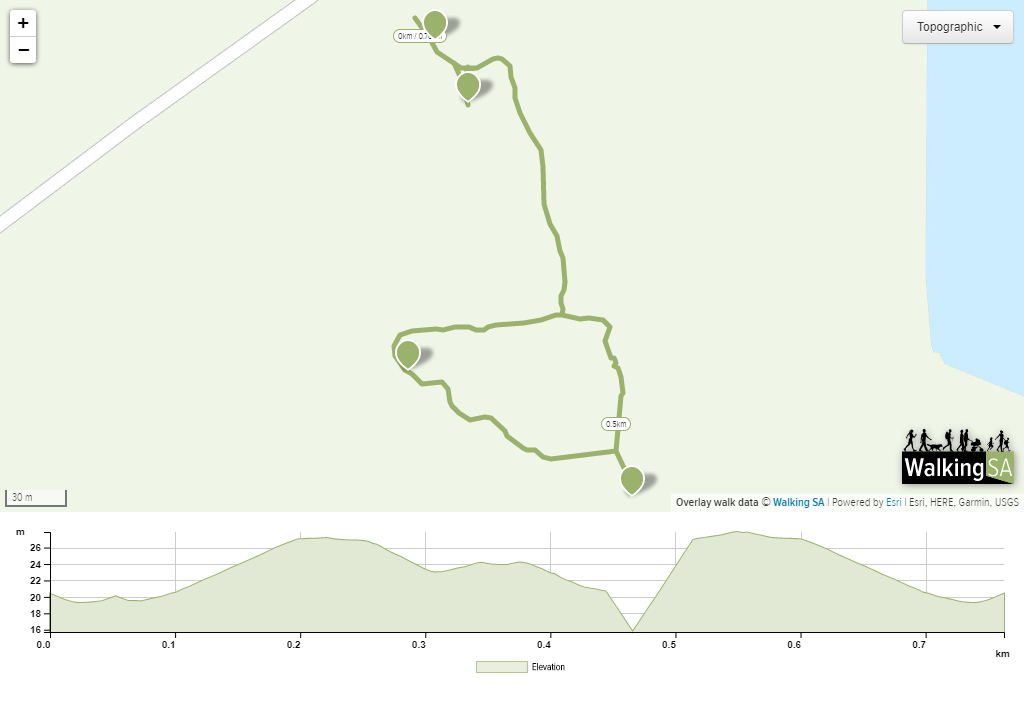 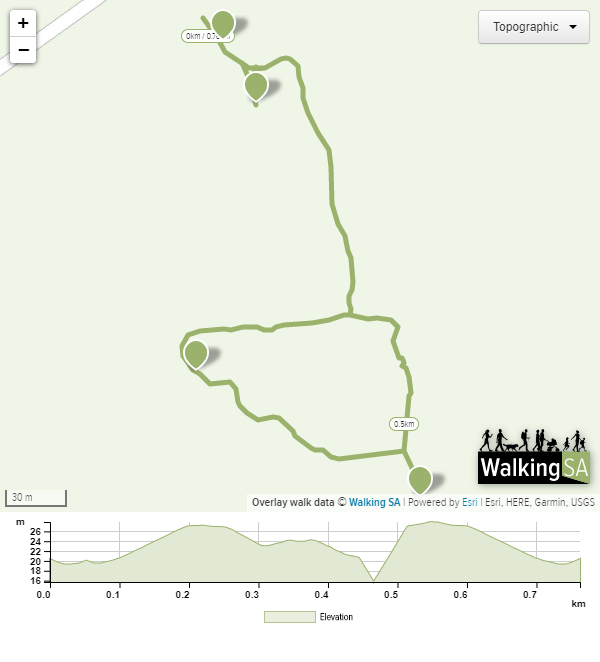 This short walk explores an old threshing floor and nearby ruin of a hut before heading to the lookout into Tadpole Cove. During the late 1800s and early 1900s D’Estrees Bay was used for growing wheat and malting barley. Whilst the farmers were using the threshing floor, they would stay in the nearby hut, now a ruin.

The threshing floor is a large, outdoor circle, with a stone pavement and a stones placed on edge around it to contain the grain as it was threshed. Sheaves of grain would be opened up and the stalks spread across the threshing floor and horses would then be walked round and round, often dragging a heavy threshing board behind them, to tear the ears of grain from the stalks, and loosen the grain itself from the husks. After this threshing process, the broken stalks and grain were collected and then thrown up into the air with a wooden winnowing fork or a winnowing fan. The chaff would be blown away by the wind; the short torn straw would fall some distance away; while the heavier grain would fall at the winnower’s feet. The grain could then be further cleansed by sieving. A large stone was usually placed at the centre where the person controlling the horses would stand. 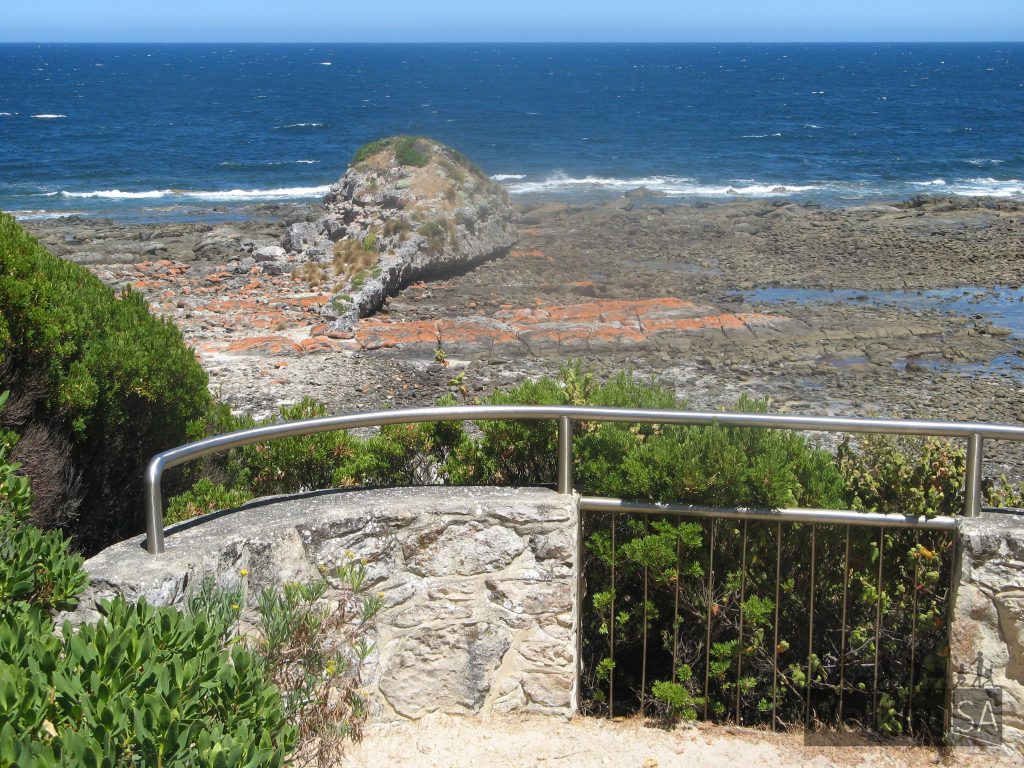 TheTadpole in the cove, on the Tadpole Cove Walk 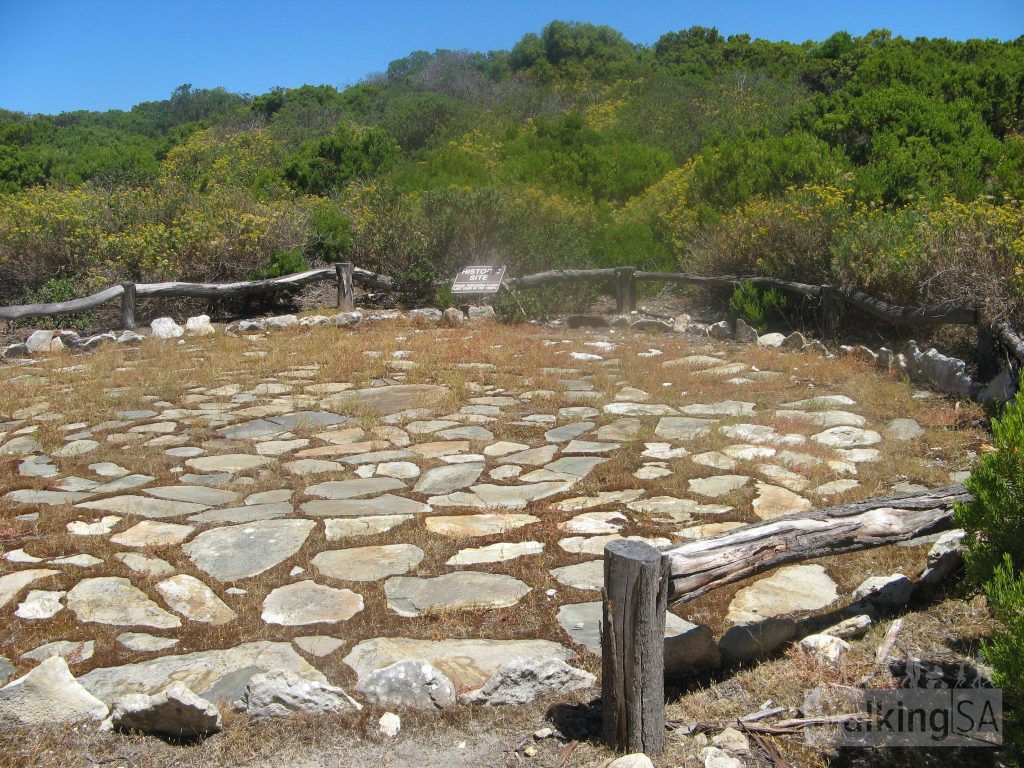 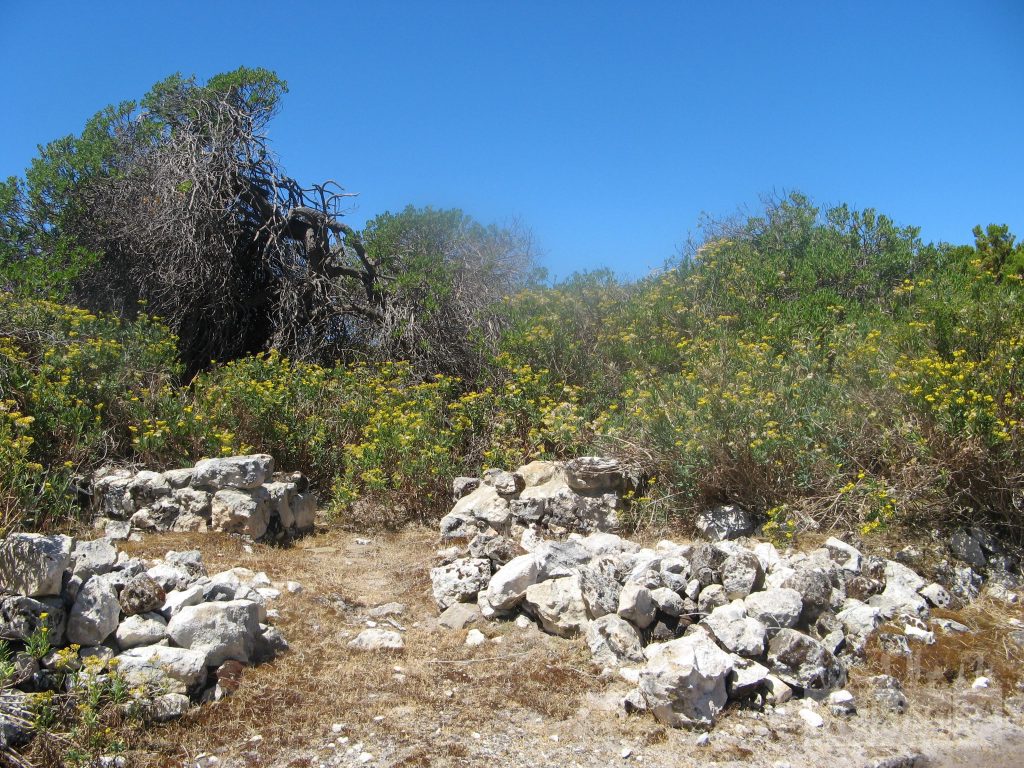 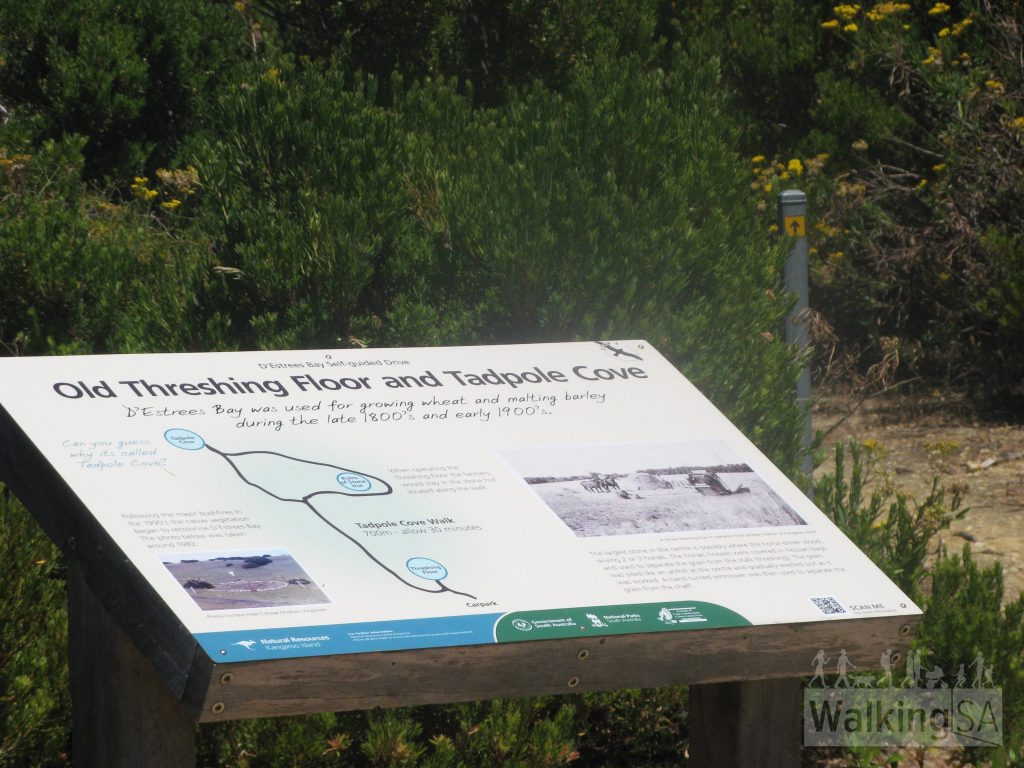 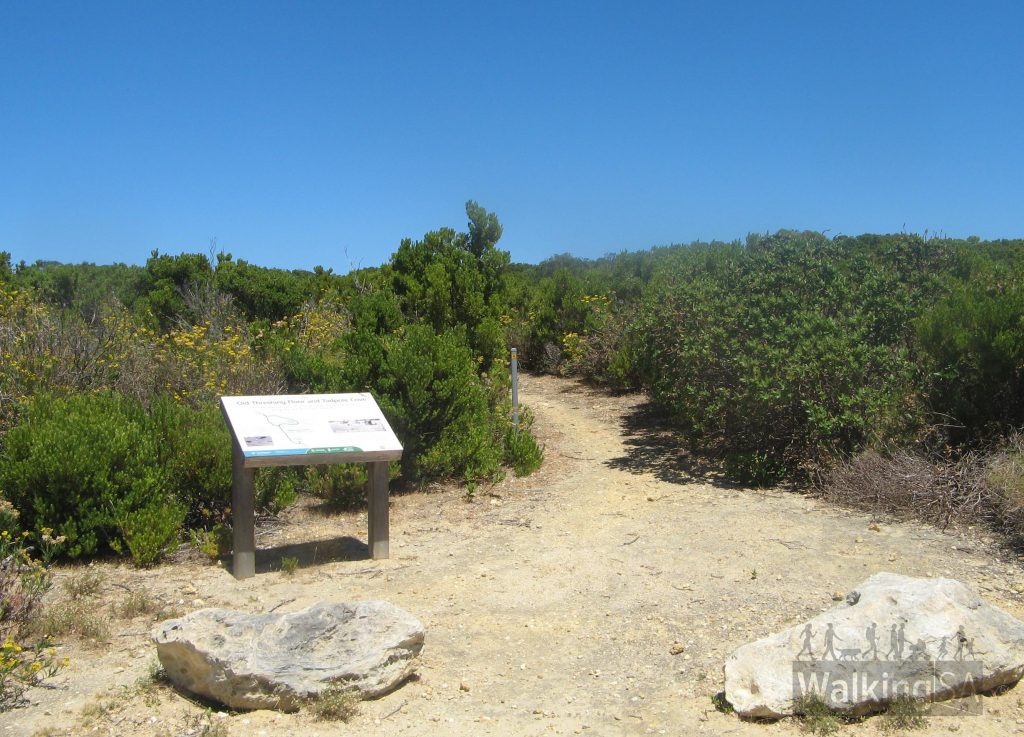 Trailhead of the Tadpole Cove Walk