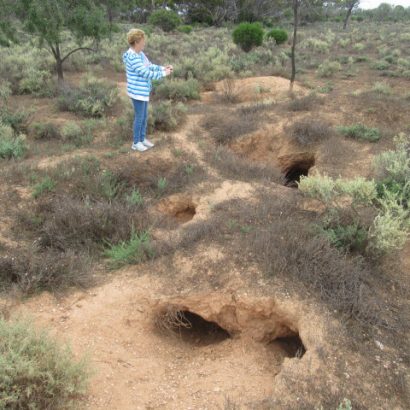 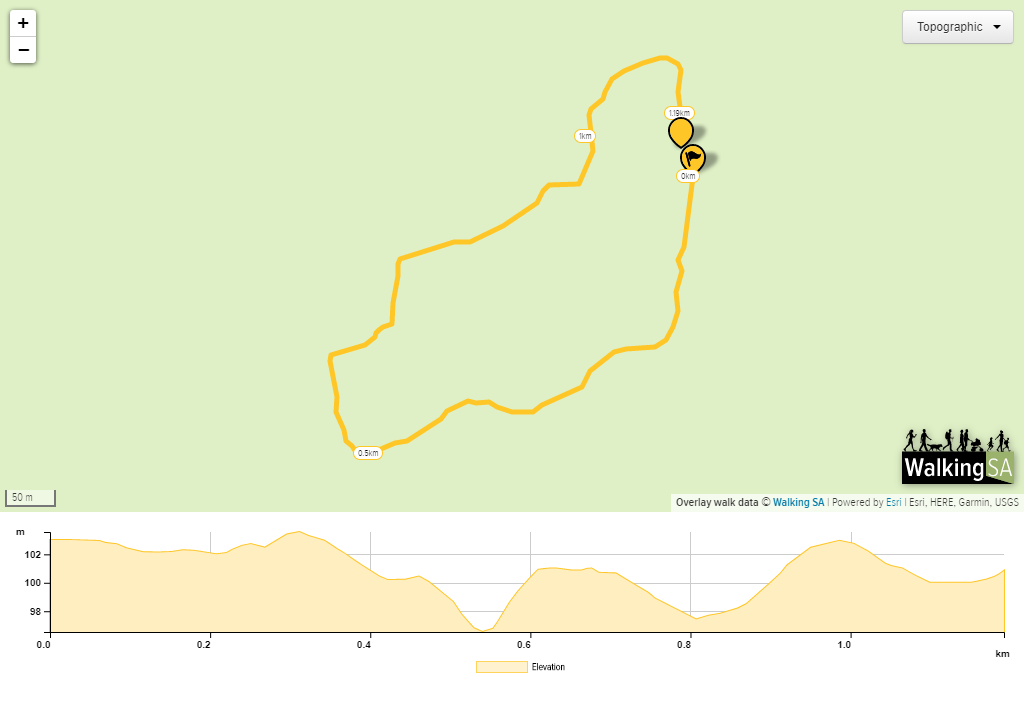 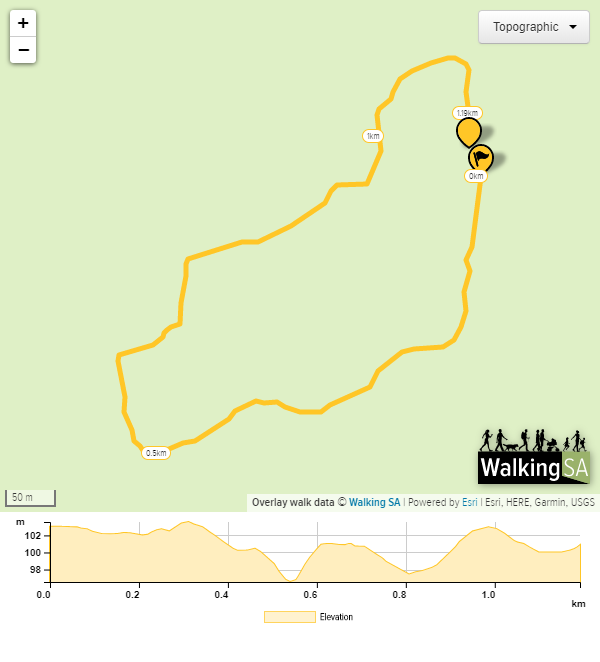 Do the walk early in the morning and you may see the Southern Hairy-nosed wombats venturing out in the cool of dawn to graze on spear grasses, damp with dew. The walk follows a gently undulating loop. There is a bench at each stop where the habitat is explained and you can contemplate the landscape and watch for wildlife.

The carpark is 7km into the park along dirt roads. Once you pass the sheering shed and former homestead, drive the Bluebush Drive or the Mallee Drive to reach the main carpark and picnic area.

Don’t forget to also explore the 1.2km Charcoal Pits Walk, which starts near the carpark, or the nearby 1.3km Mallee Trail (Nature Trail) in Moorunde Wildlife Reserve.

The walk was designed and prepared by the Friends of Brookfield.

The Brookfield Conservation Park sits in a semi-arid plain of mallee, sugarwood and bluelush. It started in 1971 when the Chicaho Zoological Society purchased the Glen Leslie sheep station and named the property as the Brookfield Zoo Wombat Reserve, preserving an environment for the southern hairy-nosed wombat. The wombat is one of the few mammals that is truly South Australian and our state faunal emblem. The property was gifted to South Australia in 1977 due to rising costs, and was proclaimed as the Brookfield Conservation Park.

This reserve, along with the two reserves to the south, Moorunde Wildlife Reserve and Yookamurra, together with numerous smaller private properties form a large contiguous area providing a protected habitat for wombats and many other native animals. 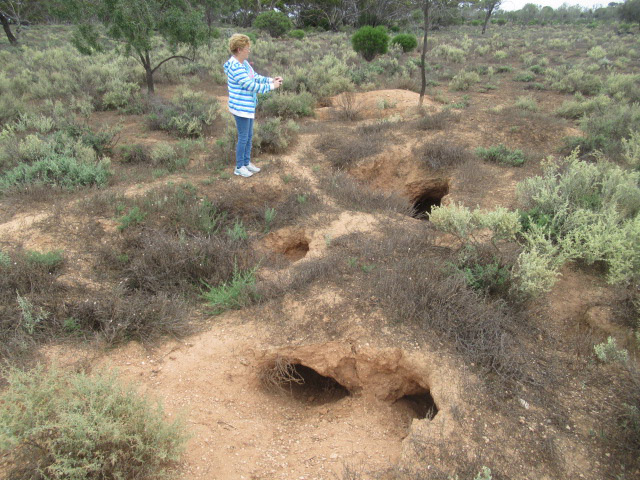 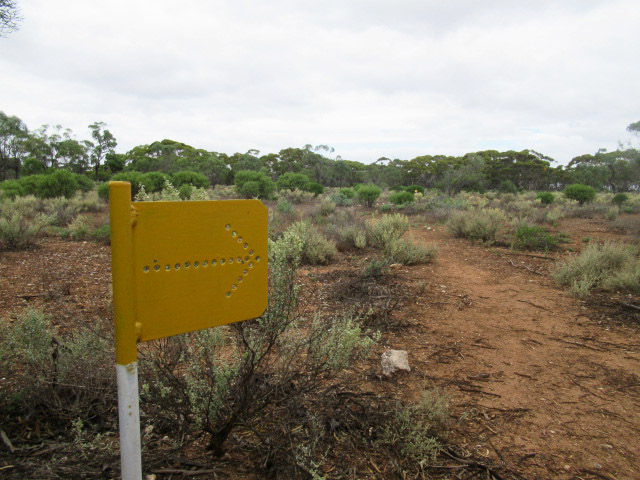 The Three Habitat Walk is marked with yellow markers 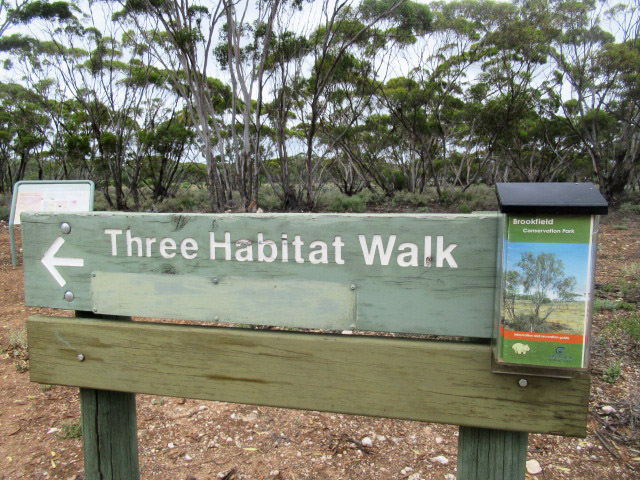 Trailhead of the Three Habitat Walk in Brookfield Conservation Park 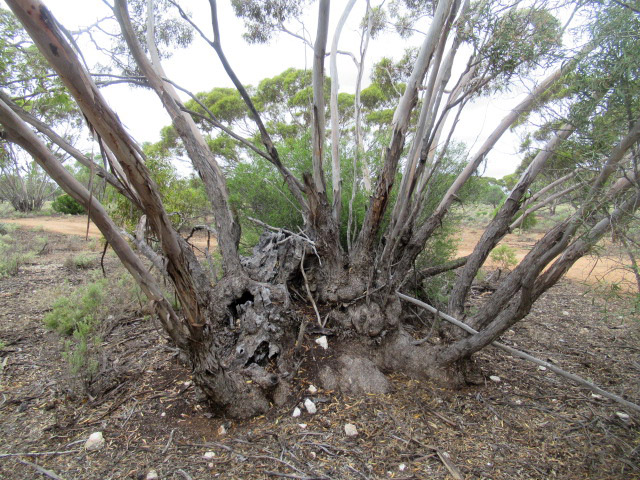