Walk with history in Auburn 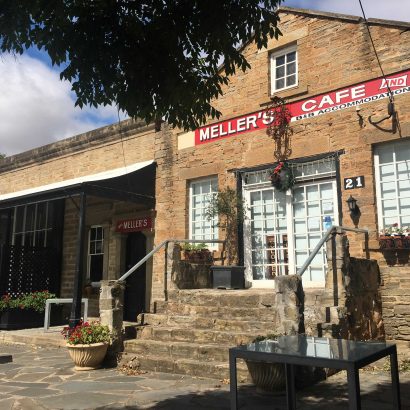 A self-guided historical walk of the town of Auburn, the southern gateway to the Clare Valley, is rich in history and built heritage. As early as 1839, in South Australia’s infancy as a colony, pioneers grazed sheep and cattle in the district. When established in 1849, the township was named Tateham’s Waterhole, after the first settler, William ‘Billy’ Tateham, who, reputedly, lived in a dugout on the side of the River Wakefield. In 1856, it was renamed after the Irish town of Auburn.

With the discovery of copper at Burra to the north-east, Auburn flourished as a resting place for the ‘bullockies’ and ‘muleteers’, the men responsible for carting copper ore from the mines at Burra to the gulf at Port Henry (now Port Wakefield).

The township retains much of its charm as well as its original stone buildings, many of which are listed on the National Trust, State Heritage and National Estate Registers. A number of these buildings have been converted into heritage-style accommodation and outlets catering for locals and visitors alike.

The brochure has been prepared by the Auburn Community Development Committee. 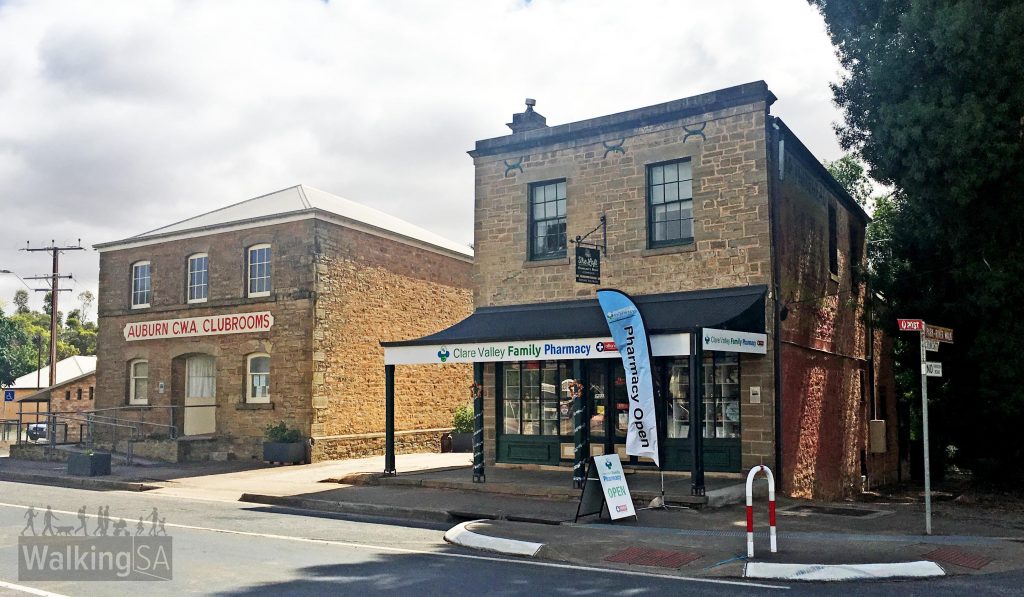 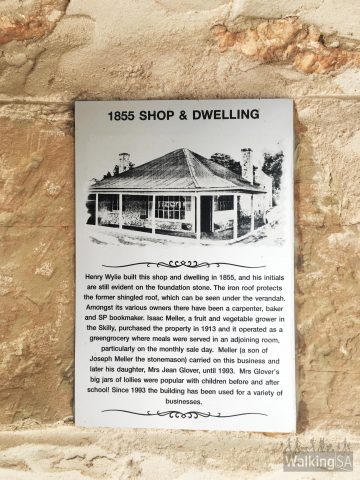 Historic buildings throughout Auburn have plaques on them which correlate to the heritage walk brochure 'A Walk with History at Auburn'. This plaque reads: Henry Wylie built this shop and dwelling in 1855, and his initials are still evident on the foundation stone. The iron roon protects the former shingled roof, which can be seen underneath the verandah. Amongst the various owners there have been a vegetable grower in the Skilly, purchased the property in 1913 and it operated as a greengrocery where meals were served in an adjoining room, particularly on the monthly sale day. Meller (a son of Joseph Meller the stonemason) carried on business and later his daughter, Mrs Jean Glover, until 1993. Mrs Glover's big jars of lollies were popular with children before and after school! Since 1993 the building has been used for a variety of businesses. 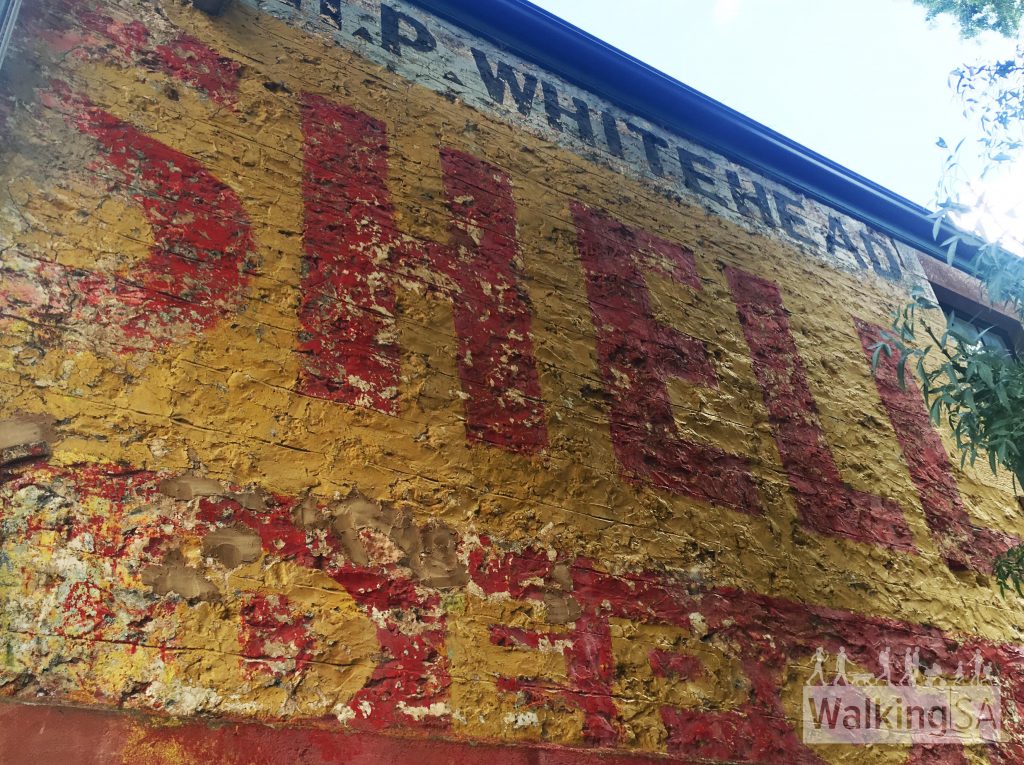 A faded Shell Depot sign painted onto the side of the chemist, originally a boot factory 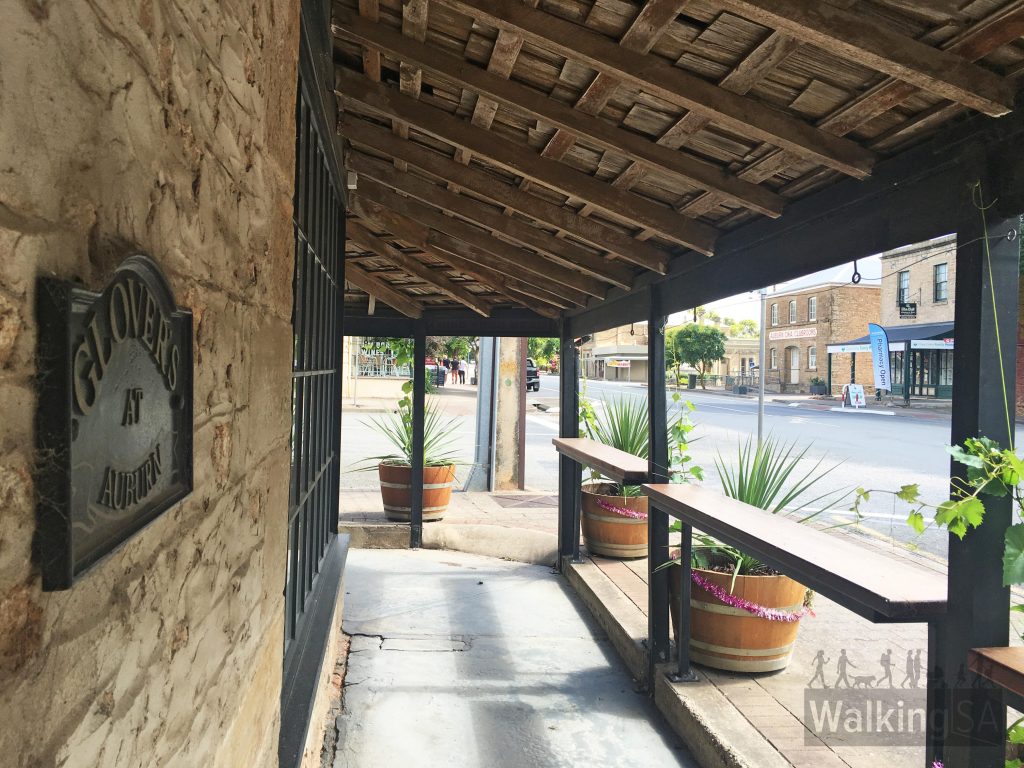 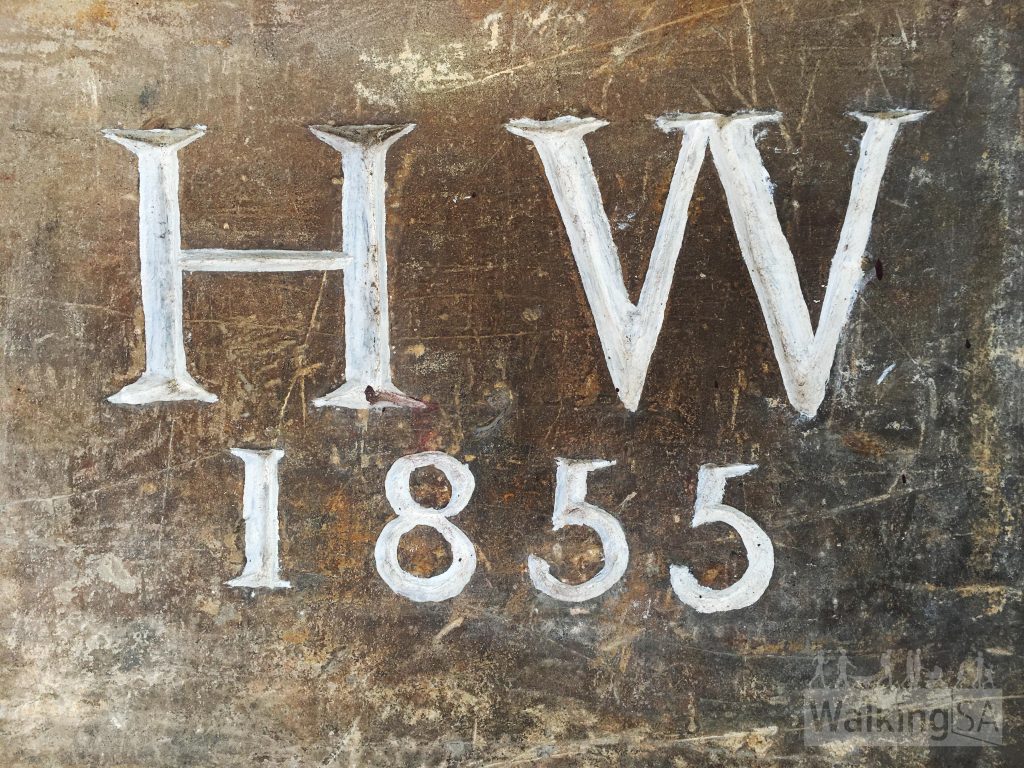 Henry Wylie built this shop and dwelling in 1855, and his initials are still evident on the foundation stone 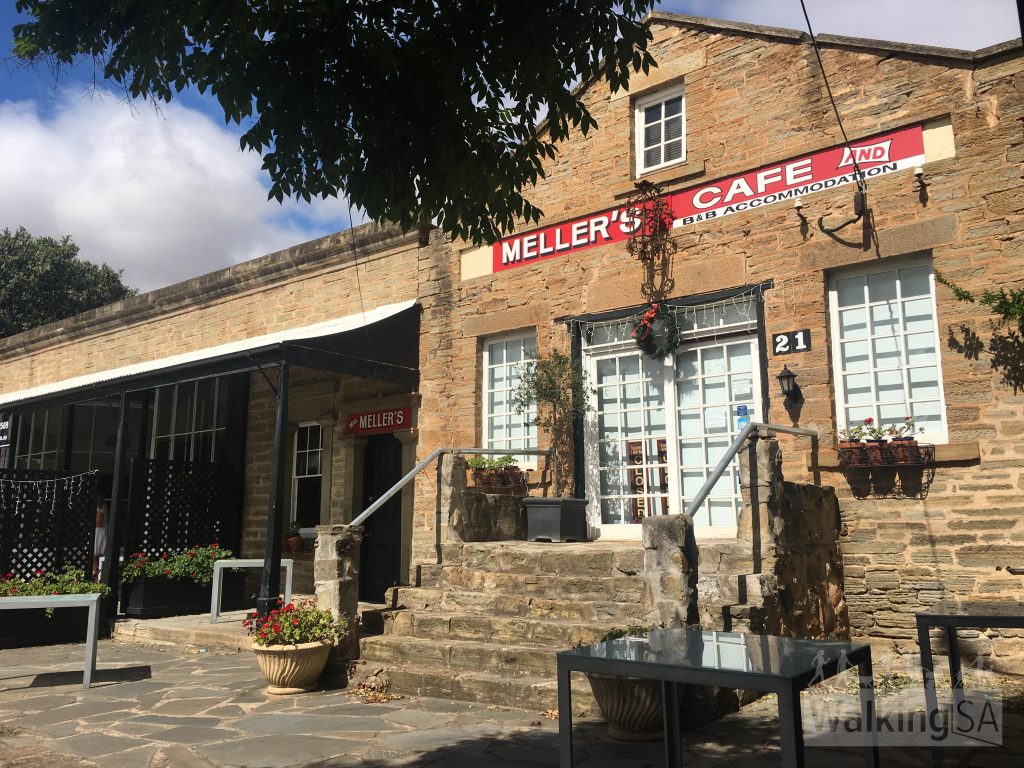 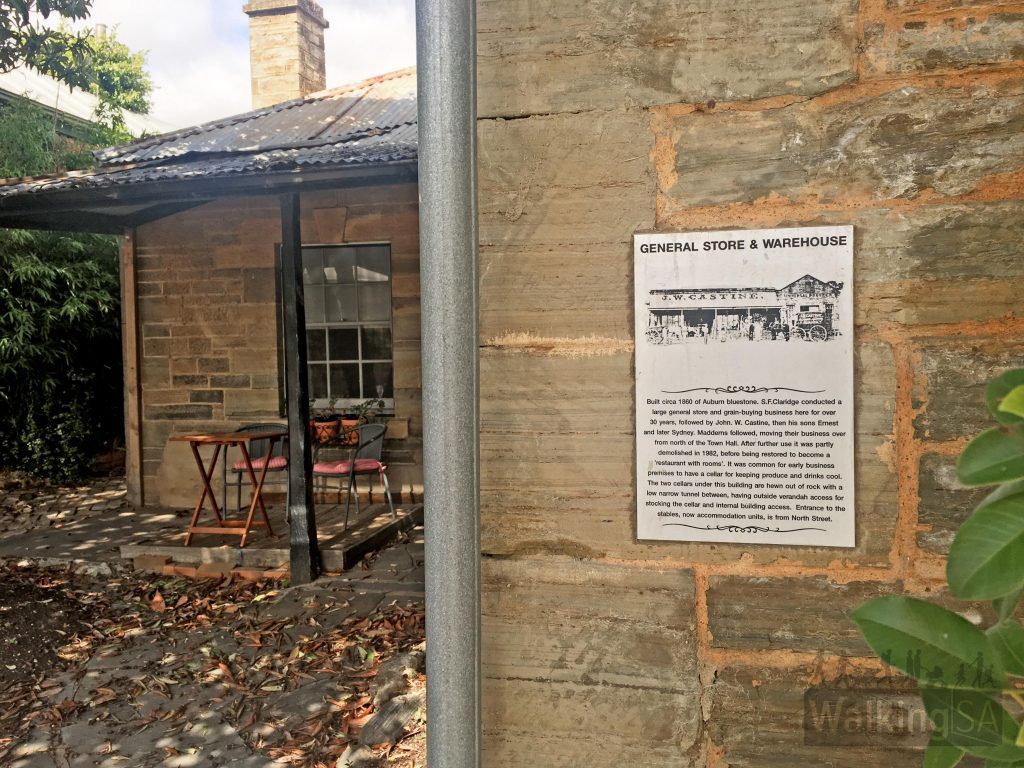 Historic buildings throughout Auburn have plaques on them which correlate to the heritage walk brochure 'A Walk with History at Auburn'. This plaque reads: The General Store & Warehouse. Built circa 1860 of Auburn bluestone. SF Claridge conducted a large general store and grain-buying business here for over 30 years, followed by John W Castine, then his sons Ernest and later Sydney. Madderns followed, moving their business over from north of the Town Hall. After further use it was partly demolished in 1982, before being restored to become a 'restaurant with rooms'. It was common for early business premises to have a cellar for keeping product and drinks cool. The two cellars under this building are hewn out of rock with a low narrow tunnel between, having outside verandah access for stocking the cellar and internal building access. Entrance to the stables, now accommodation units, is from North Street.