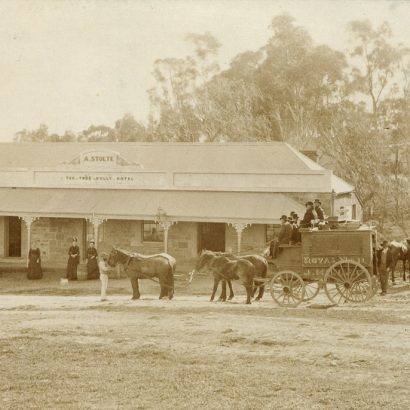 The old Tea Tree Gully Township, formerly called Steventon, is the earliest group of coherent buildings in the City of Tea Tree Gully. While they are not necessarily the oldest buildings, nor even the oldest village in the area, they are the oldest ‘village core’ and date back to Steventon’s settlement.

The gully springs provided an important source of water for travellers making their way up the North East Road. The area was first settled in 1837 by settlers who found the land rich and fertile and covered in numerous springs of flowing water.

Settlement was not formerly acknowledged until two years later when the land was surveyed and sold as farms for cereals, orchards and pasture.