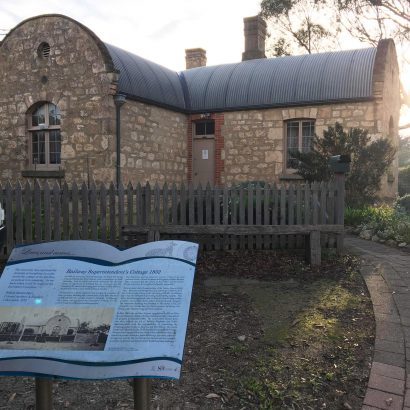 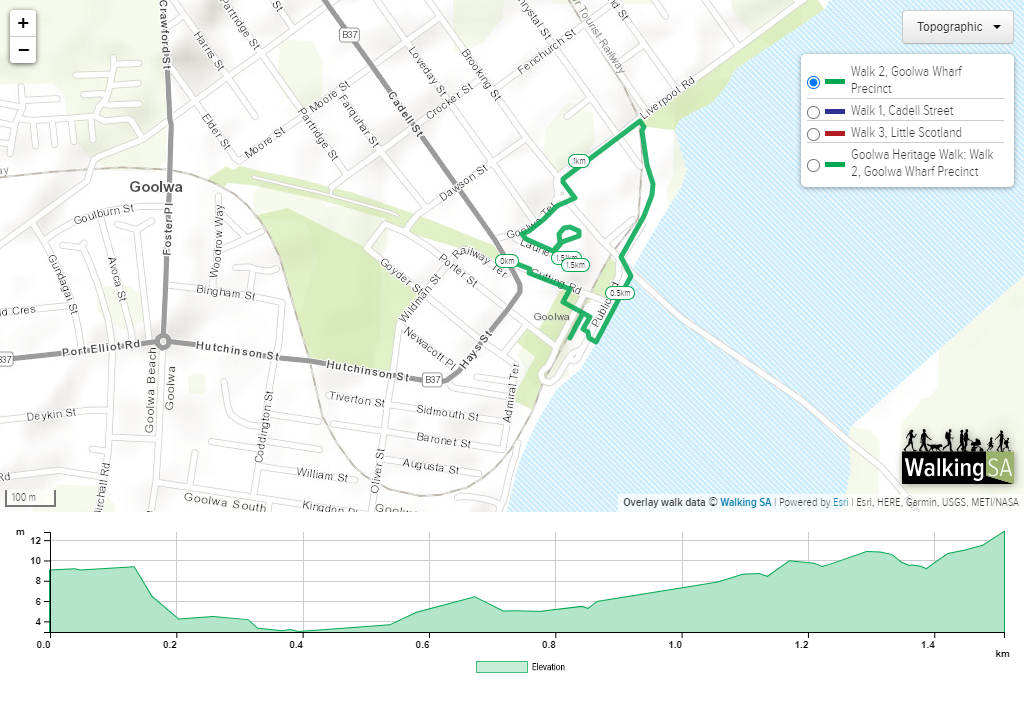 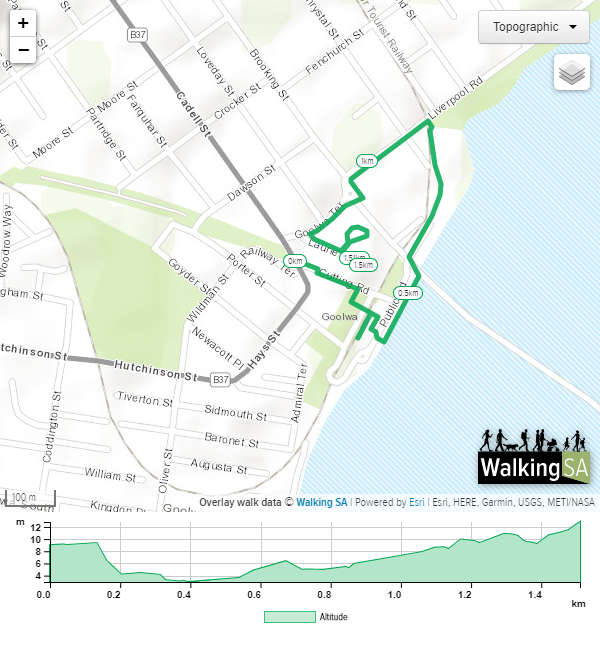 This self-guided historical walk explores the Goolwa Wharf and Railway Precinct, established in the 1840s and 50s. With the navigation of the Murray River accomplished in 1851, the construction of a horse-drawn railway was commenced linking the river port here at Goolwa to the sea port at Port Elliot.

Explore 19 historical sites, including the original official buildings such as the Post and Telgraph Office, Customs House, former Police Station & Courthouse, the Morgue, the railway buildings and wharf buildings.

Each is signposted with an interpretive sign detailing stories about the construction and use of the buildings.

The inner part of Goolwa was declared a State Heritage Area in 1987, recognising its historical importance as one of the country’s most significant River Ports.

This is a series of three historical walks in Goolwa: 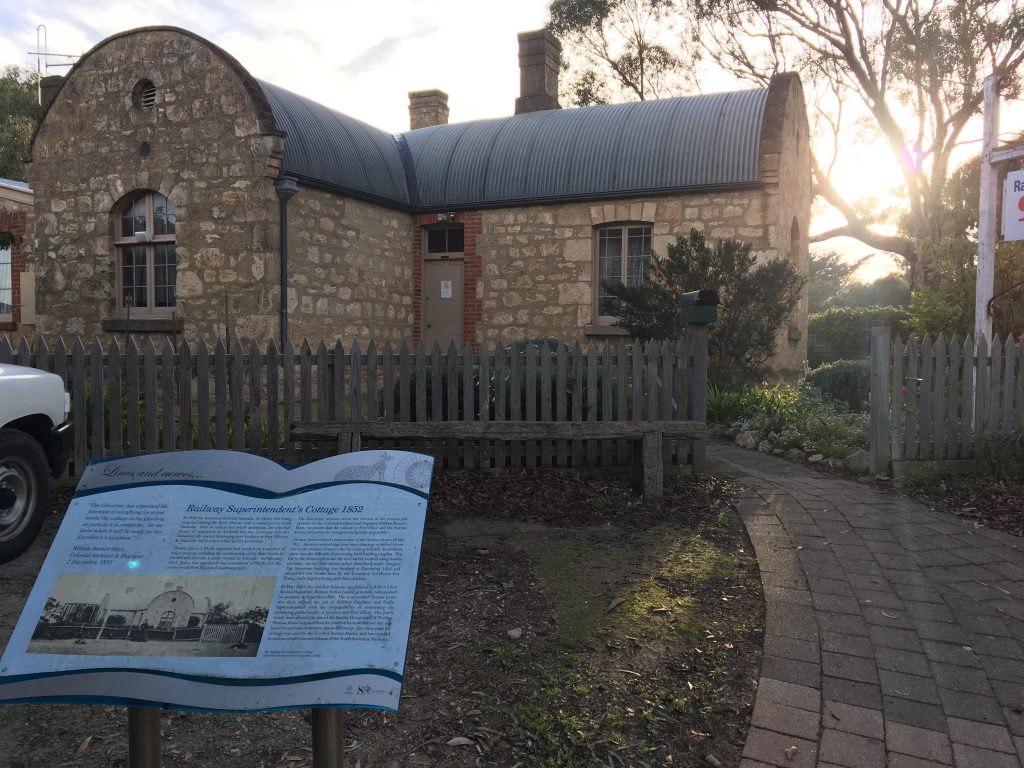 Railway Superintendent's Cottage, built in 1852. The railway was built quickly, and local building materials were difficult to source, so the roof of this cottage was built as a barrelled roof to save materials 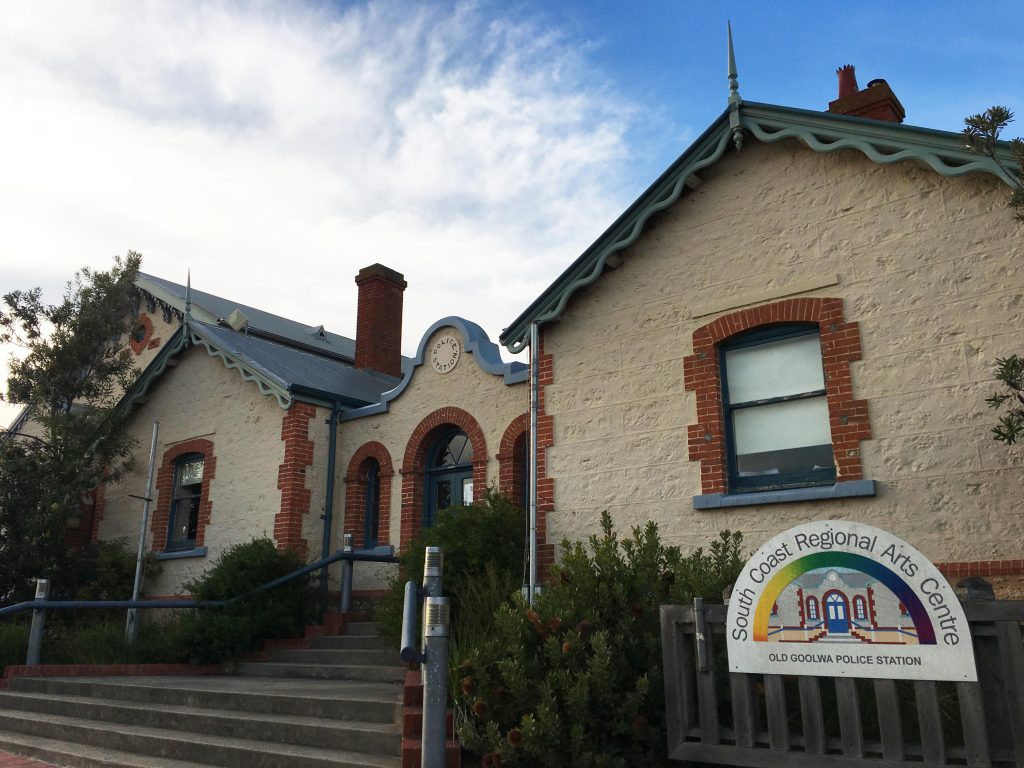 The former Police Station and Courthouse was erected in 1857. It has it's own well, prison cells and stables. The building is now used as an arts centre 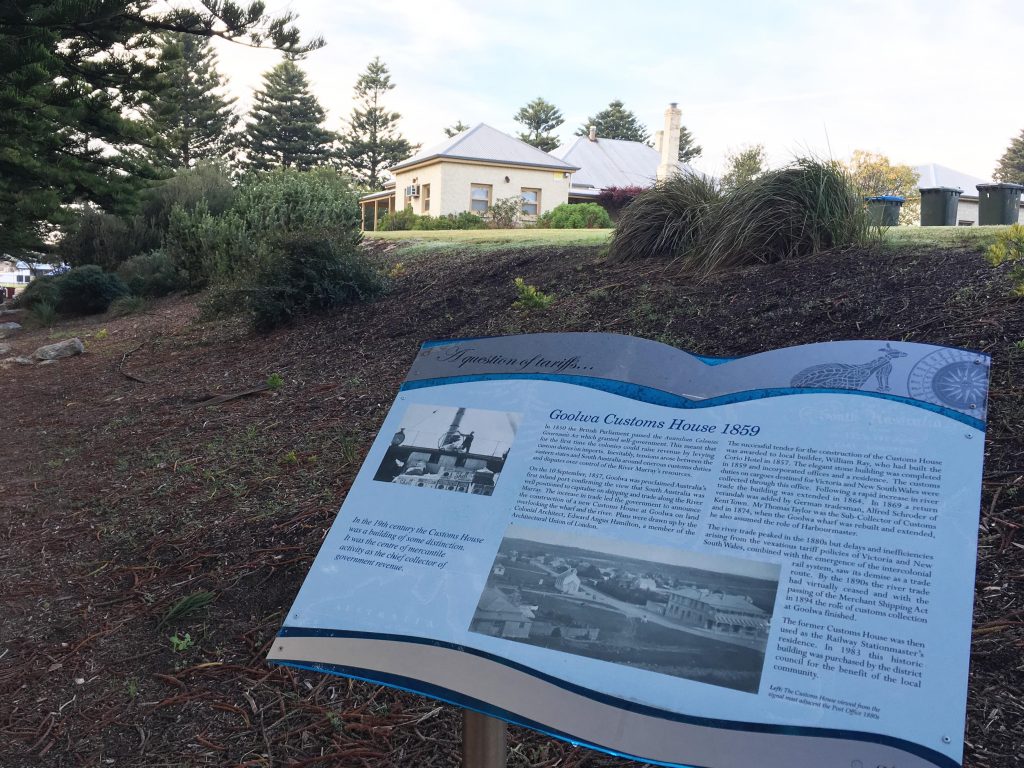 The Goolwa Customs House was built in 1859, and collected custom duties from river trade until 1894 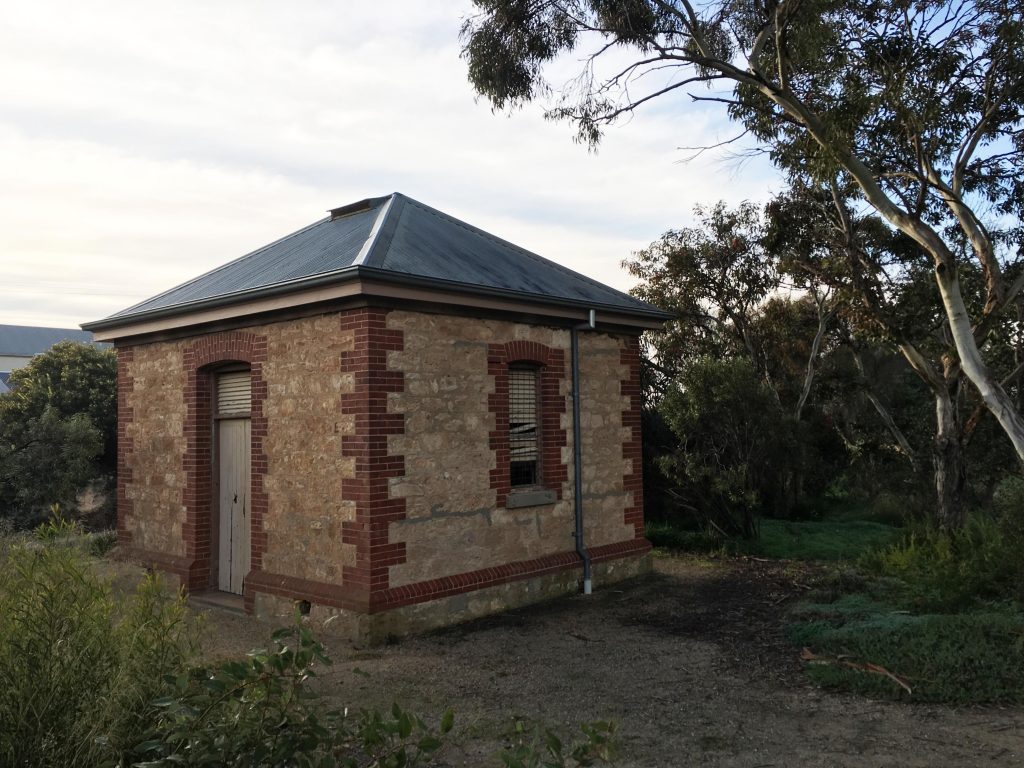 The morgue was built in 1883 following a public outcry that the cellars in the hotels were being used as makeshift morgues. Death by drowning or boat-buidling accidents were common, and the morgue was in use until 1956 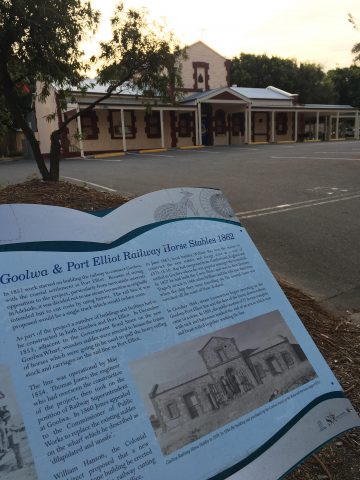 The Goolway & Port Elliot Railway Horse Stables, build in 1862 and now used as the local RSL 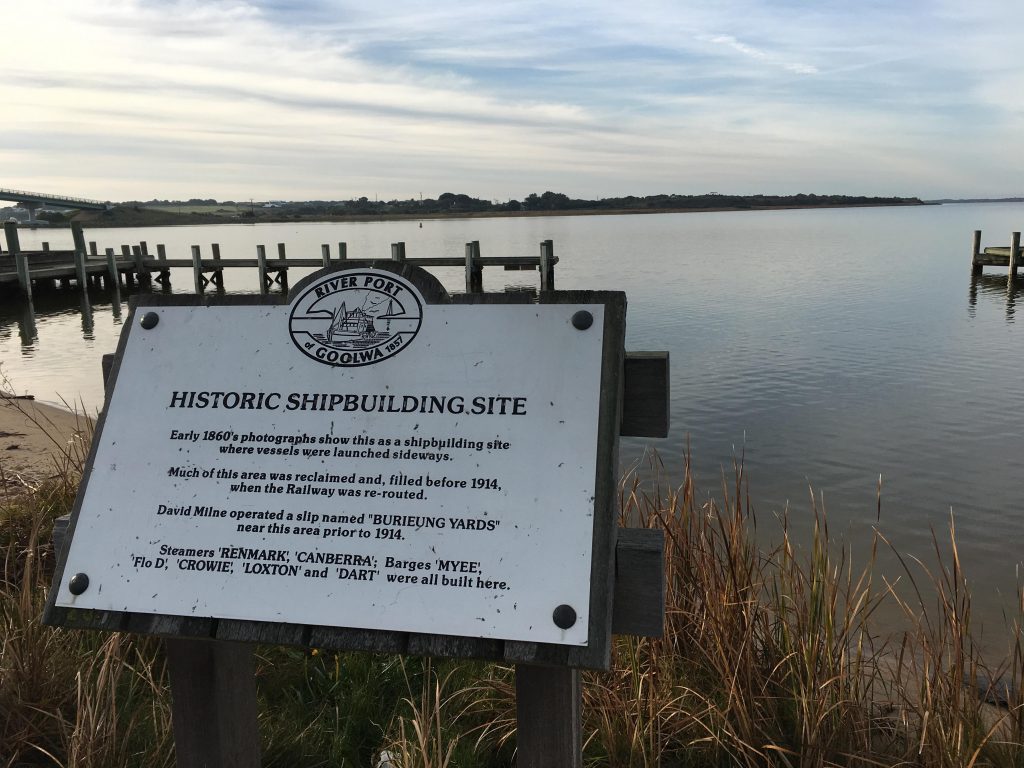 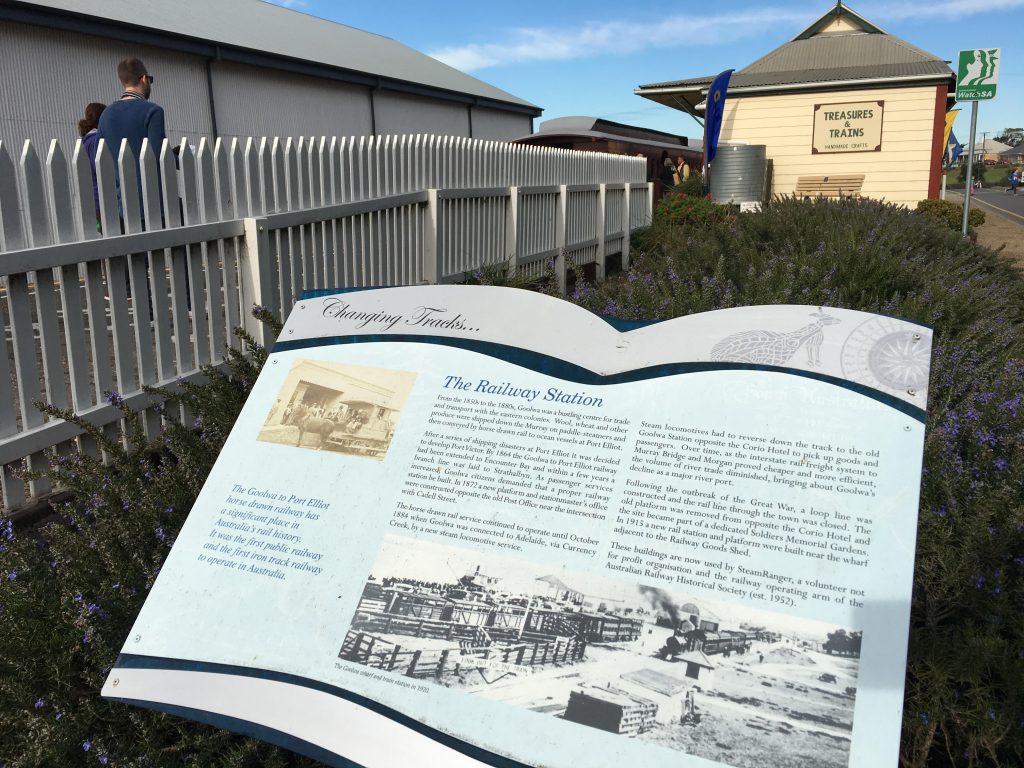