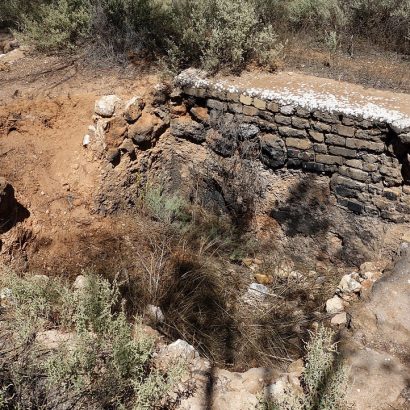 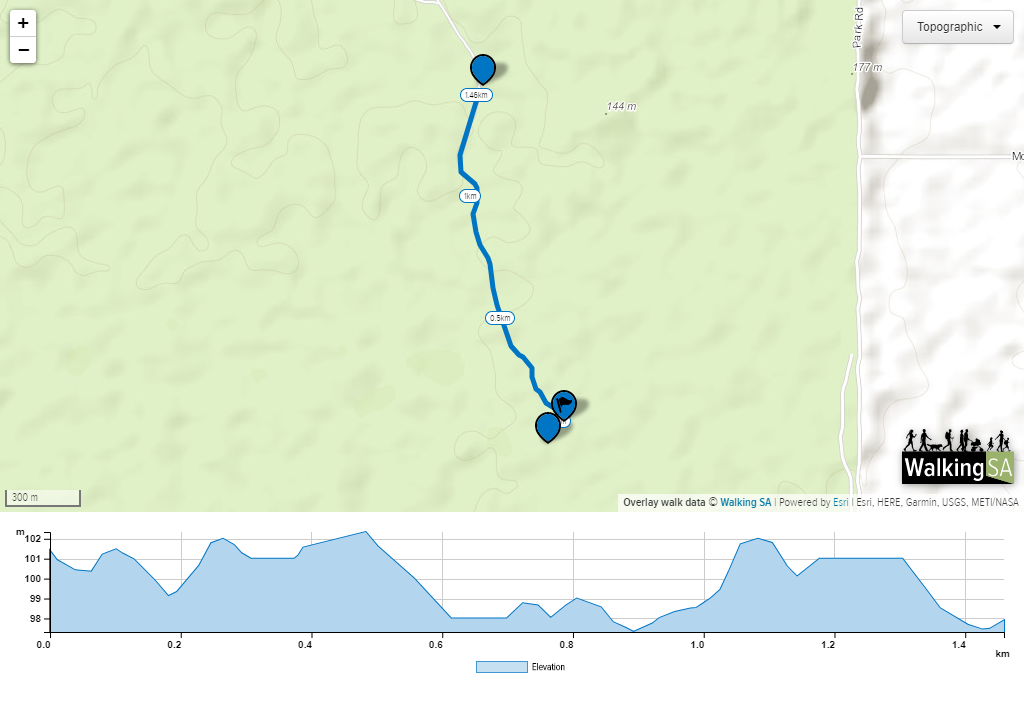 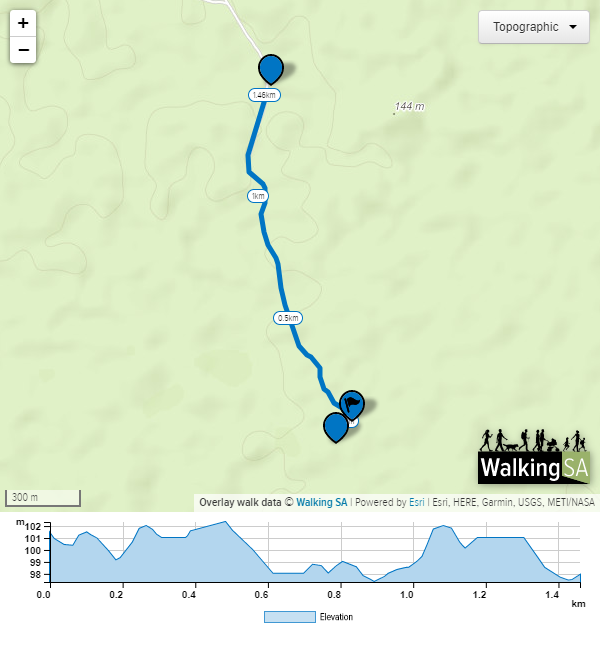 This walk takes you through the bush from the picnic area to the charcoal pits. There is a bench seat at the half-way point and a directional sign at each end. The site has 15 pits lined with brick and stone, and the average pit is 3 x 4 metres and 2 metres deep.

The pits were dug in the 1920s by a French World War I veteran who moved to Australia with his wife to begin a new life. To make a living, the man dug these deep pits to create coal, to sell.

The bottom of the pit was filled with dry wood and freshly cut mallee was placed on top. Galvanised iron sheets covered the wood which was ignited. When alight, the whole pit was covered in soil. After it was burnt and cooled, the charcoal was graded to remove soil and stones. It was sold, in sacks, to the public in Adelaide or local towns.

The carpark is 7km into the park along dirt roads. Once you pass the sheering shed and former homestead, drive the Bluebush Drive or the Mallee Drive to reach the main carpark and picnic area.

Don’t forget to also explore the 1km Three Habitat Walk, which starts from the carpark, or the nearby 1.3km Mallee Trail (Nature Trail) in Moorunde Wildlife Reserve.

The Brookfield Conservation Park sits in a semi-arid plain of mallee, sugarwood and bluelush. It started in 1971 when the Chicaho Zoological Society purchased the Glen Leslie sheep station and named the property as the Brookfield Zoo Wombat Reserve, preserving an environment for the southern hairy-nosed wombat. The wombat is one of the few mammals that is truly South Australian and our state faunal emblem. The property was gifted to South Australia in 1977 due to rising costs, and was proclaimed as the Brookfield Conservation Park.

This reserve, along with the two reserves to the south, Moorunde Wildlife Reserve and Yookamurra, together with numerous smaller private properties form a large contiguous area providing a protected habitat for wombats and many other native animals. 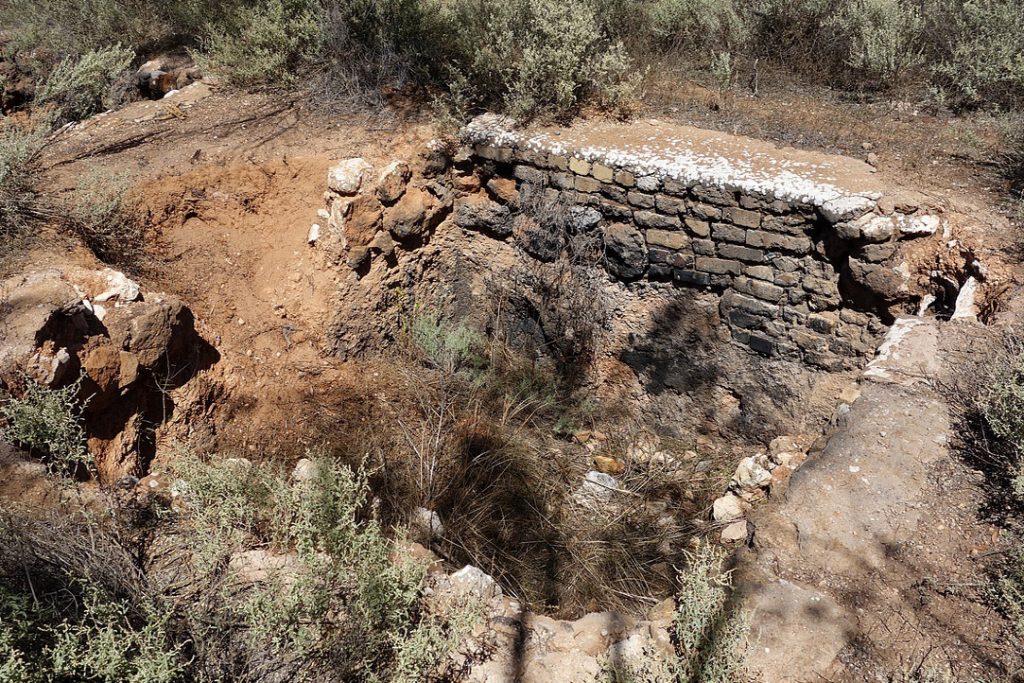 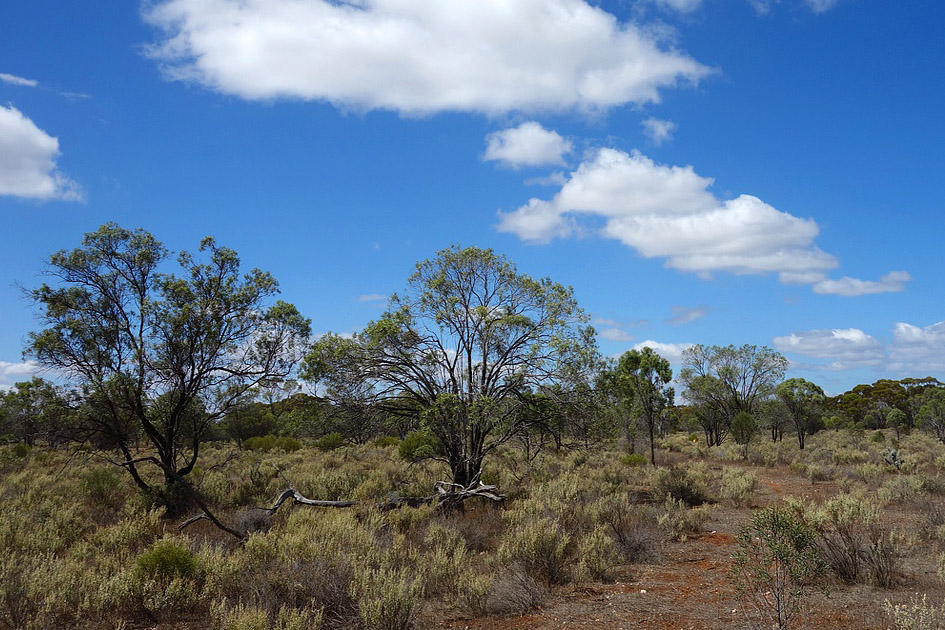